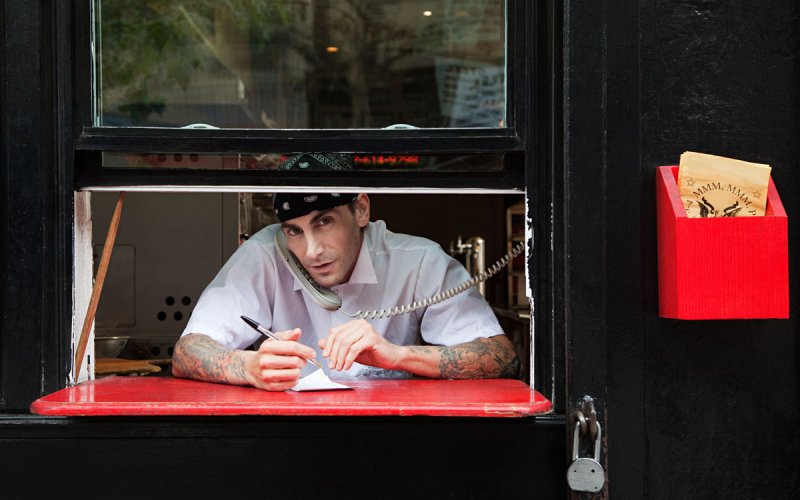 It’s expensive being poor. And with the misery index high and unemployment persistently high, that’s good news for those in the poverty business. The working poor have become Big Business—with the invention of the payday loan, rent to own, and a long list of diabolically clever ideas that entrepreneurs have devised to get hundreds-of-millions rich off those with thin wallets.

Call it a poverty tax. It’s the hundreds of dollars, if not thousands, in extra fees that people making $20,000 or $25,000 or $30,000 a year pay because they live on the economic fringes. These days it takes more money than ever to be poor.

The corner check casher takes the biggest bite, at least from those 20 million or so Americans who have no bank account—the so-called unbanked. In the main these are people who’ve messed up their relationship with a bank. They’ve bounced so many checks that no bank wants them as a customer. Or they’ve racked up so many fees they have dug too expensive a hole from which to escape.

How much do those without a checking account pay for the privilege of having their paychecks cashed? It depends on how much someone earns each week (a check casher take a percentage of the face value of a check) and where that person lives.

But a few years back the Brookings Institution took a stab at an average: the unbanked worker bringing home $22,000 a year spends between $800 to $900 a year in check-cashing fees. That figure tops $1,000 annually if you include the fees the unbanked pay for money orders and the bill-paying services they must purchase (at around $2 per check) to pay everything from the gas bill to the rent.

The unbanked warehouse worker or store clerk lucky enough to live in New York pays a payroll tax—because what is a check-cashing fee other than a kind of a tax on those without a bank account?—of 1.8 percent on his weekly paycheck. A check casher operating in Arkansas, Florida, Georgia, Maine, or Washington, D.C., however, can take a 5 percent cut of a person’s paycheck ($1,100 for someone with a take home of $22,000). One in three states places no cap on what a check casher can charge. 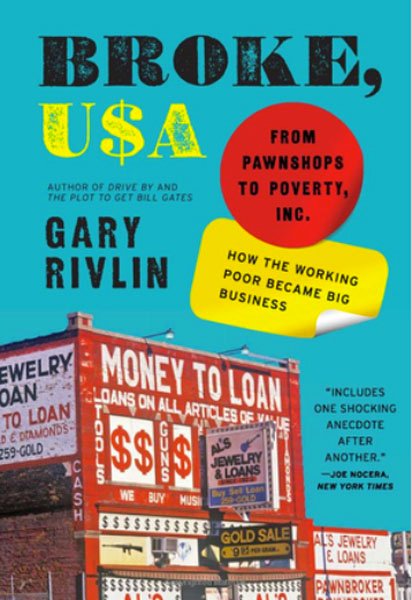 The payday lender—those in the business of making seriously expensive loans against a person’s next paycheck, her Social Security check, or, increasingly, an unemployment check—takes another big cut of the meager earnings of the working poor. The single mom struggling to get by on $20,000 a year is forever falling a few bucks short before payday but that’s the brilliance of the payday industry, which dates back to the early 1990s. In 10 minutes, the payday lender will hand her a few hundred dollars in cash, no questions asked and without so much as a credit check. Ten million or so people avail themselves of a payday lender each year.

The average payday customer pays between $600 and $700 a year in fees. Again, geography matters. The customer living in Tennessee or Kentucky, say, pays a fee that works out to 400 percent interest, but lenders in Missouri are allowed to charge a rate of 652 percent interest on the money they loan out. All told, payday customers collectively spend more than $7 billion a year in fees.

A cash advance arranged through a credit card would be cheaper—around 1/20th cheaper. But these days roughly 50 million Americans have a credit score below 600—a score too low in the eyes of most credit-card issuers, especially under the tighter standards banks have adopted since the subprime meltdown. That’s great news for the payday lenders and also those in the rent-to-own business.

The genius of rent to own from a business standpoint is that its proprietors have figured out how to collect $1,400 in weekly installments for the same children’s bedroom set you could pick up for $600 if only you had a credit card. Can’t afford a computer for the kids? No problem. The corner rent-to-own store also carries laptops and PCs, along with flat-screen TVs, washers-driers, and furniture of all kind.

The average rent-to-own customer spent $1,200 in 2009. That means that typical customer, because she doesn’t have a credit card, paid an extra $700 above and beyond the normal cost of an item. The rent-to-own customer, of course, could choose to set aside some money each week and buy the item in a retail store once she had saved enough money. She could frequent a secondhand store. But ours is a country where so many middle-class people proved willing to mortgage the future for a new bathroom or a large flat-screen TV. The point is that for the security guard making $25,000 a year or the home health aide making $20,000, they’re typically paying two and a half times as much for that same item.

There are credit card companies catering to those with a credit score below 600—but those people will pay dearly for the privilege of carrying that plastic in their pocket. For instance, there’s the First Premier credit card, which charges both an annual fee ($45) and a $6.50 monthly fee for a card carrying an APR of 49.9 percent on carried balances.
Most subprime cards, however, won’t help the potential rent-to-own customer avoid most rent-to-own purchases. The First Premier card, for instance, provides only $300 in available credit—minus the $75 upfront fee to obtain the card.

More typically, the working poor carry a prepaid debit card. That often entails an initial activation fee of up to $30 and also a fee of between $10 and $20 that first time to put money on the card. Direct deposit is typically free but otherwise you pay to load money on a card just as you pay each time you withdraw cash at an ATM. Many prepaid debit cards charge a monthly fee of between $3 and $10, yet they still charge a few dollars extra if a customer wants a monthly statement—and they charge for customer-service calls and balance inquiries.

Those with lousy credit also pay more for a car loan—much more. These days those with good credit can get a car loan carrying an annual interest rate of around 5 percent. The subprime customer, though, is hit with rates four or five times that amount, paying interest rates of 18 or 20 or 25 percent.

The borrower saddled with an APR of 20 percent on a $10,000, five-year car loan pays $900 more in interest each year compared with the person paying an interest rate of 5 percent on that same amount. Auto insurance is also more expensive if you live in a lower-income community, according to a 2007 study by the Brookings Institution.

At least with a car you can shop at the better supermarkets and discount stores like Costco. Otherwise, you’re hauling groceries on a bus, paying cab fare, or paying extra at the corner grocer that charges $3.99 for the gallon of milk you can get for $2.99 at the Safeway. The working poor often pay more to have their taxes done. Tax preparers like Jackson Hewitt and Liberty Tax Service that deliberately set up their offices in communities where the average person earns $30,000 or less typically charge two or three times the rate a customer would pay in a more prosperous neighborhood. Yet tens of millions of customers avail themselves of these instant tax shops each year, and that siphons off another $100 or $200 at tax time.

Of course not everyone living on the economic margins is frequenting each of these types of businesses. There are plenty of people earning less than $30,000 a year with a checking account. There are plenty of people at that income level, despite the challenges of paying their bills on time, who maintain a good credit score. Thankfully, a good portion of the working poor never resort to a payday loan—and the payday lenders say they have plenty of customers earning more than $30,000 a year.

So any attempt at figuring out the poverty tax is an imperfect art. But if you add up all the revenues the payday lenders and check cashers and subprime credit-card companies and the other businesses listed above collect, and divide it by the 40 million households the Federal Reserve says live on less than $30,000 a year, that works out to around $2,000 per household.

The poverty tax? For all those scraping by on less than $20,000 a year—the assistant manager at a fast-food restaurant, say, or a Walmart associate or a home-health-care worker—that works out to annual poverty tax of at least 10 percent.

Gary Rivlin is the author of five books, including Broke, USA: From Pawnshops to Poverty, Inc.—How the Working Poor Became Big Business. He has worked as a staff reporter for The New York Times, the Chicago Reader; and the East Bay Express. 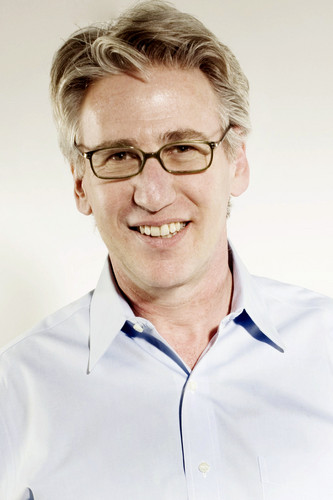 Gary Rivlin is the author of five books, including Broke, USA: From Pawnshops to Poverty, Inc.—How the Working Poor Became Big Business. He has worked as a staff reporter for The New York Times, the Chicago Reader; and the East Bay Express.