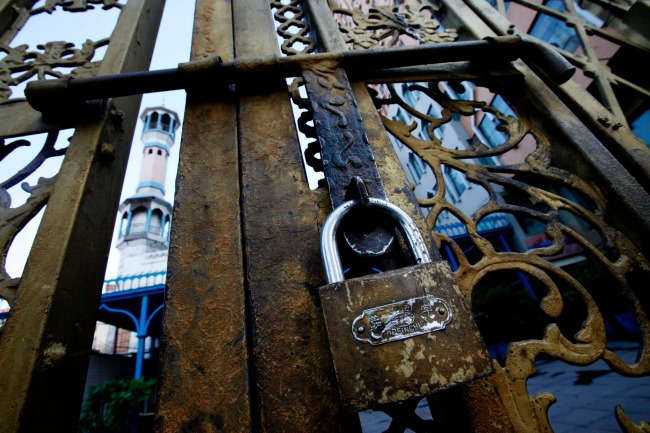 The GED is About to Get Much Harder

Kiana Rucker dropped out of school when she was 15 years old to look after her younger brothers and sisters. Five years later she had a baby herself. For years, she relied mostly on food stamps, medical assistance, and subsidized housing to get by. But it always bothered her. “I don’t want to rely on anyone,” Rucker, now 35, says. “I don’t want government help.”

So in 2010 Rucker decided to get her General Educational Development certificate. She took classes at Southeast Ministries, a nonprofit in one of the poorest neighborhoods in Washington, D.C. This past June–three years and five attempts later–she got a phone call saying she had finally passed the GED test. “The first thing I said was, ‘Are you sure you have the right person?’” Rucker says, laughing. For the first time she feels she has a future. “So many things I can do now,” she says. “Go to college, get into a trade, just get a job period. Because that’s the first thing they ask: ‘Do you have a high school diploma or GED?’ Now I can say, ‘Yes, I do.’”

For Rucker and for millions of other students, the GED certificate has offered a promise of a better life, a path from poverty into college or a more promising career. Next year, though, the GED test will get much harder, and adult educators are worried that they—and their students—aren’t ready for the changes.

There are approximately 30 million adults in the U.S. without a high school diploma. And almost 700,000 of them, like Rucker, take the GED test each year. “It’s synonymous with a high-school equivalency for most adult education students,” says Marci Foster, a policy analyst at CLASP, a nonprofit that advocates for low-income people. “They know the acronym. It has a lot of resonance.”

The GED test was first launched in 1942, as a boost to the veterans whose education was interrupted when the U.S. joined World War II. The test allowed thousands of service members to get a credential they could use to go on to college. Since then, its reach has grown dramatically. By 1958, there were more civilians taking the test than veterans. Today, it’s known to some as ‘America’s Largest High School.’ Thanks to government incentives, the test has become a ticket to some federal jobs programs, college grants, and, for prisoners, a chance to get out of jail a little sooner. It also has given many undocumented immigrants a better shot at staying in the U.S.

The GED test has been revised over the years, but in 2014 it will undergo a complete overhaul. It will become more difficult and more expensive. For years, the GED test was dismissively called the ‘Good Enough Diploma’ because passing the test was so much easier than earning a traditional high school diploma. Now it’s being aligned with more rigorous college and career readiness standards and will be far more difficult. Molly Broad of the American Council on Education (which along with Pearson oversees the test) says they are “raising the requirements” so the GED test will become more meaningful. To pass the new GED test, students will need some background knowledge, not just the ability to understand the passage in front of them. There will be more emphasis on critical thinking, more questions on science, and more writing. In addition, the scoring will change to identify whether the students who pass are just “high-school equivalent” or are at a new higher standard of “college- and career-ready.” C.T. Turner with the GED Testing Service says: “If we don’t provide them something of value, and they don’t have the information and skills they need, we are setting them up for failure.”

But adult educators estimate that changes to the GED test mean it will take a year or two longer to prepare their students. They worry that their students, who are already beaten down and vulnerable, will give up. Antony Tassi, executive director of Literacy Partners in New York City, says these adult students have experienced a lot of change in their lives–but it’s usually change being done to them. “They’ve usually been on the losing end of big bureaucratic changes,” he says. “So to the extent that our students even are aware of the upcoming change, they have a lot of fear and a sense of hopelessness.” Tassi and other adult educators say they are not against the change but are disappointed that there isn’t more being done to prepare for the transition.

Lennox McClendon, the executive director of the National Council of State Directors of Adult Education, says unlike the last time the GED test underwent revisions in 2002, there has been no federal funding attached to help with the transition. He says that’s because the GED Testing Service is now a for-profit entity. When McClendon organized a meeting in the spring to help states with information on the new standards, he had to raise private funds.

Many educators also say they’re frustrated because they don’t know what the new test will look like. As late as April, apart from a few sample questions and some information on what will be measured, they say there were few practical resources available to help. There was no diagnostic test, no practice test and little information on accommodations for learning disabilities. McClendon says the GED Testing Service has been “late” getting information out. “It’s been frustrating for local adult educators,” he says.

But Turner disagrees, saying, “We have provided more information about this test earlier than we have any other GED test in our history.”

The higher standards on the GED test will be paired with another change—starting next year, students will take the GED test on computers only. Pencil-and-paper tests will no longer be allowed. Students will need to know keyboarding skills such as ‘drag and drop,’ scrolling, and clicking on multiple choice questions. Turner sees this as a sign of progress. With the online test, students will get their scores right away, instead of having to wait for months. They will see exactly which subjects they need help in. Besides, he says, you need computer skills for almost every job. “If we have an adult with a GED credential who says they are ready for the workforce and they can’t apply or find a job because they can’t use a computer, we haven’t done our job.”

Adult educators who prepare students for the GED test however, say this change will create one more barrier for their students. “Contrary to popular opinion, not every person has a computer or iPad at home,” says Gloria Sward, an teacher in Palm Coast, Florida. She says most of her students don’t have a computer and many don’t even know what a mouse is. Steven DeMaio of Boston says, “We have about 1,000 students at the school where I teach and we only have one computer lab… so we can only put about five percent of our students on the computer at one time.” Lecester Johnson, the executive director of Academy of Hope, an adult education center in Washington, D.C., is scrambling for money to buy more computers for her students so they can prepare for the new GED test. “For someone who doesn’t have access to technology on a daily basis, we have to spend a lot of time on just the basic mechanics of using a mouse and moving around the screen,” she says.

Adult educators also worry about the increased cost of the new GED test. In Illinois the price has jumped from $50 to $120, in North Carolina from $35 to $130, and in Massachusetts from $65 to $120. Turner calls the $120 price tag “rock-bottom pricing.” He says states will actually save money because until now local testing centers have had to pay separately for scheduling, proctoring, and scoring the test. All of that will be included in the new price. He says that states or private employers can always subsidize the test if they choose to.

But Pat Fina, an adult educator in Massachusetts, says the $55 increase is “serious money” for her students, many of whom are unemployed or struggling to get by on minimum-wage jobs. Rosemary Lischka, the director of continuing education and community services at Kansas City Community College in Kansas, says the increased costs will be “insurmountable” for her students. “Many of our students buy enough gas to get where they’re going on a given day and then they buy it again when they have to go somewhere else.”

With all the new obstacles—the tougher standards, the computer requirement and the higher price—some states, including New York, Maine, and Montana, have decided to abandon the GED test entirely, no longer offering it as an alternative to a high school diploma. The companies CTB/McGraw Hill and Educational Testing Service are offering less expensive and paper based alternatives to the GED test. Sonya Thomas, executive director of adult education and literacy for Kansas City Public Schools in Missouri, says her state has decided to dump the GED test and adopt the new ETS equivalency exam. She says students will get two free chances to retest. “That’s very attractive for us. Knowing they don’t have to be concerned with getting additional money together to start the whole process again if they don’t pass is very important,” she says.

Valarie Ashley, the executive director of Southeast Ministries in Washington, D.C., says when she was 10 years old, her mother got a GED certificate. She says it didn’t take long to see the results. Her mother got a job and then a quick promotion from receptionist to office manager. “We would go to McDonald’s on payday,” says Ashley, “and we’d eat burgers and fries. Not only did things change in our life in terms of money, but she also started to advocate for us in school. I think it’s because she felt empowered having that credential.”

Now Ashley helps others, including Kiana Rucker, get their GED certificates, and like thousands of other adult educators, she is scrambling to deal with the changes coming next year. They need to hire professional teachers instead of using volunteers, buy more computers, fundraise for IT maintenance, and find some way to pay for the increased cost of the test. In the low-budget world of adult education, this is a huge problem. “It absolutely frightens me,” says Ashley. “Will I even be able to maintain a program? I’m not trying to be like Chicken Little, but there are so many things that are unknown and unanswered. And they all have a dollar sign attached.”

Kavitha Cardoza is a special correspondent for WAMU in Washington, D.C. She hosts the radio-documentary series “Breaking Ground With Kavitha Cardoza.”

Co-published with The Atlantic.