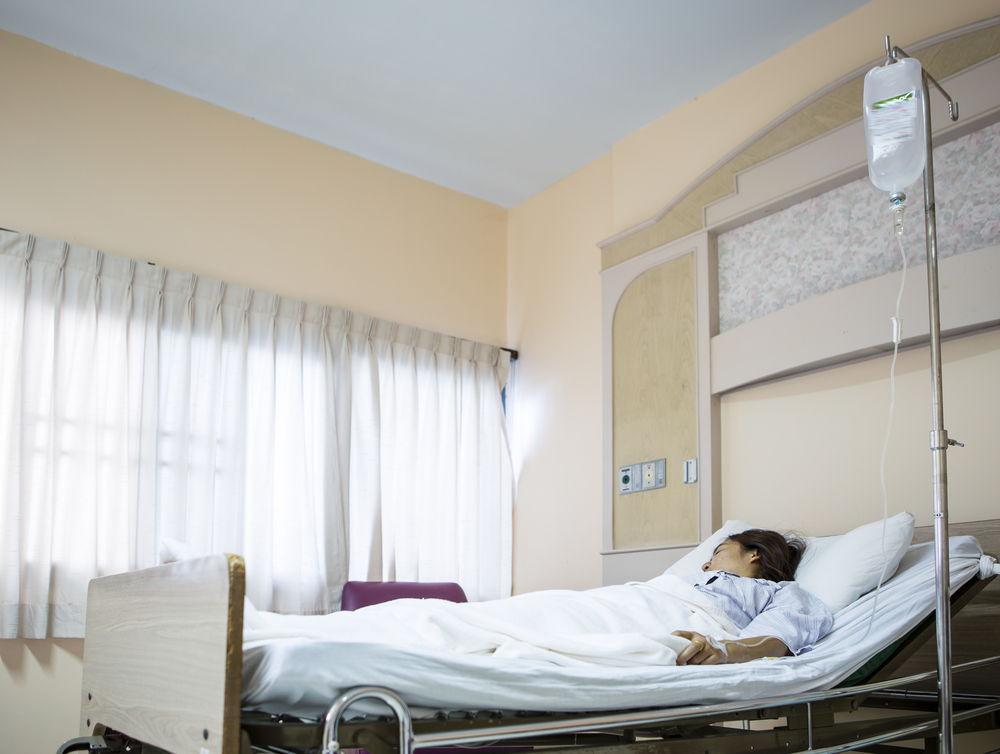 The Cost of a Miscarriage

Laurie Bertram Roberts was about 12 weeks pregnant with her third child when she thought something might be wrong. She was the married mother of twins at the time, working two jobs in Michigan City, Indiana—one in fast food, and the other as a buffet server. Because she didn’t have health insurance, she went to the ER when she noticed a pink discharge. They sent her home and told her to put her feet up. The next day, she started bleeding steadily, and she returned to the ER. Again, they told her to go home; even though the hospital had confirmed she was having a miscarriage, they would not treat her because her fetus still had a heartbeat. So she went back home. That’s when she started hemorrhaging. “I thought I was bleeding to death,” she says.

When all was said and done, Roberts, 36, said her bill for care surrounding her first miscarriage was in the tens of thousands of dollars. “With the ambulance, blood transfusion, with all the doctors, the anesthesiologist, the obstetrician—those bills all come separately from the ER bill,” Roberts says. “It was a huge bill. And it never got paid. It’s still sitting somewhere. I didn’t even attempt to pay it. It sounds so horrible, but how was I going to pay it? I was a single mom working two jobs. Paying off the bill was not a priority.” The miscarriage played a part in the demise of her relationship. “His way of dealing with the crisis in the moment was to detach,” she says.

Roberts is one of many women whose miscarriages have lasting repercussions. If you drop into any online forum devoted to pregnancy, you will find a sad and robust subsection for women dealing with miscarriage. About 25 percent of known pregnancies will end in miscarriage, and the vast majority of those pregnancies will be lost in the first trimester. Most of the posts discuss emotional pain. A typical subject line reads, “a year later and still feeling like it happened yesterday.” Or, “no heart beat. fifth loss :(.” In addition to the grief, many of these women are handling another kind of hurt: financial pain, especially for women already near the economic brink.

Many American women who suffer miscarriages must pay out of pocket for a procedure called a dilation and curettage (D&C), which involves a doctor dilating your cervix and then removing the tissue from your uterus using suction or a sharp object. Some miscarriages are, in medical parlance, “completed” without intervention, which means that all tissue leaves the uterus. Other miscarriages are “incomplete,” meaning that not all of the tissue is expelled, or “missed,” where the fetus or embryo stops growing but is not expelled at all. Women whose miscarriages are incomplete or missed usually receive D&Cs in a hospital setting—as Bertram Roberts did—at great cost.

There aren’t solid numbers on the average dollar amount that American hospitals bill for D&Cs, but Medicaid data on other procedures show surgical costs are all over the place. Uninsured women are paying between $4,000 and $9,000, according to anecdotal accounts from Susan Berke Fogel, the director of reproductive health at the National Health Law Program. Insured women are self-reporting out-of-pocket expenses between $250 and $1,200, depending on their co-payments and deductibles.

Julia, a 33-year-old woman in Wisconsin who prefers not to use her full name, says that she and her husband were paying $300 a month for an Anthem Blue Cross Blue Shield policy with a $5,000 deductible when she had her miscarriage. Her miscarriage ultimately cost about $17,000 due to complications, and she ended up paying more than that $5,000 deductible—after haggling with her insurance company about whether or not it would cover the miscarriage at all. “I do recall doing our taxes the following year and realizing that we paid more for our miscarriage than we did for my son’s day care expenses in a year. Depressing,” Julia says.

I think I know how women like Julia feel. I had a D&C for a missed miscarriage at nine weeks in a New York City hospital in December 2014, and the self-reports I’ve read jibe with my experience. For the D&C itself, my insurance was billed about $7,000, and we paid about $400. When you add in the cost of the pathology for the fetus, and the payment to the radiologist who performed multiple ultrasounds, my insurance was billed an additional $2,500 and we paid another $100.

Though paying $500 for excellent treatment was no financial problem for us, getting new bills every few weeks from different providers was emotionally searing; each time I saw another envelope, I was reminded of the emptiness I still carry with me, and the pregnancy I do not. As one woman on BabyCenter put it, “I had a d&c and cried when I got my bill. My insurance paid 4,400 and I have a bill of 1200. Way too much to pay when you don’t even get to keep the baby.”

Research from the past 15 years shows that there are cheaper methods of effective miscarriage management. Giving women different options for treatment is especially important for the 3 million working poor women who are left uninsured by states that did not expand Medicaid coverage. Pregnancy does not trigger a special enrollment period in the health insurance marketplace, so women who don’t get insurance through their jobs or qualify for Medicaid can be left with insurmountable bills along with the deep pain of losing a pregnancy.

“It was definitely a financial hit for me,” says Liz Henry, 33, of the miscarriage she had five years ago in Pennsylvania shortly after losing her job at a promotional products company at the start of the recession. She was uninsured, and though her bill was for $10,000, she ended up paying about $2,000 of it because she was connected with the hospital’s charity program. “I still have it on my credit report because I didn’t pay it in the way I should have. It leads me to not want to go back to the hospital unless I have insurance.”

It didn’t have to cost this much. There are three main options for miscarriage management beyond the hospital D&C: You can have a D&C in a doctor’s office; you can have “expectant care,” which means waiting to see if your body will end the pregnancy on its own; and you can be given the drug misoprostol, which causes contractions and induces the uterus to expel the pregnancy. A 2015 study showed that merely offering women all four options—hospital D&C, office D&C, misoprostol, or expectant care—lowers costs by nearly $250 per patient. None of the women I spoke to for this piece were given the full menu of options when their miscarriages were discovered. Only one (who does not want her name used) was given a choice at all: between expectant care and a hospital D&C.

A D&C “takes five minutes,” says Dr. Robin Wallace, a family physician and family planning specialist based in North Texas. “General anesthesia is not required, and you can do [the procedure] with pain or anxiety medication as needed.” So, in uncomplicated cases, there’s no real reason a D&C must be done in a hospital. One 2007 study done by doctors at the University of Michigan Medical School found that the average cost of a hospital D&C was $1,965, compared with just $968 for a D&C done at a doctor’s office. The doctors performing the D&C were reimbursed at the same rate whether the procedure was done at the hospital or at the office—the additional cost was for hospital overhead and staffing.

According to Dr. Wallace, waiting to see if the miscarriage will pass naturally is not inherently risky. “The safety profile is [you can wait] up to six or seven weeks without any increased risk of infection,” she explains, though she’s never had a patient who waited more than two or three weeks, and studies have shown the likelihood of spontaneous pregnancy loss “declines rapidly after one week” of expectant care.

A medically induced miscarriage with misoprostol is by far the cheapest option—studies have clocked the cost at about half of a D&C. As Dr. Wallace puts it, “Clinics can keep it in stock and dispense it, or it can be picked up at pharmacies. Miso costs pennies to make, so it’s really only a couple of dollars even out of pocket.” That doesn’t include doctors’ visits, blood tests, or ultrasounds, but it’s still a great deal of savings compared to a surgery.

There aren’t great nationwide numbers on what percentage of miscarriage patients are given hospital D&Cs, though the consensus is that it remains the No. 1 option for the majority of American providers. If there are other safe, more cost-effective options, why are hospital D&Cs still the go-to for miscarriage management?

Part of it is that doctors are just slow to change their ways. According to a 2010 survey of 976 OB-GYNs, midwives, and family practice doctors about how they manage miscarriages, about one-third of respondents had safety concerns about doing D&Cs in their offices and giving misoprostol to their patients, “although their safety and efficacy have been consistently demonstrated.”

For office-based D&Cs, Dr. Wallace points out, doctors need to invest in equipment and training, which may be a barrier. As for issues with expectant care, many women are not keen on remaining pregnant once they realize their pregnancies are not viable. I was one of those women. Carrying around an unviable pregnancy felt morbid and unbearably depressing to me; even if given other options, I would have chosen a D&C, though I wouldn’t have minded having one in an office rather than a hospital. The downside to misoprostol is that it’s not quite as effective as a D&C, though it works more than 80 percent of the time, depending on the study. The different options might also be better or worse depending on the particular details of your miscarriage—whether it’s incomplete or missed, and whether there are other complications involved.

It’s not that all women should choose one method of miscarriage management over another. It’s that all of these options should be available, and providers should clearly explain the costs and benefits of each. “Women are diverse in their treatment preferences, and assuring access to a range of services is probably the most important thing we can do to improve care,” as one study puts it. Miscarriages usually have an emotional cost. But they also have a financial cost as well.  That economic pain can have profound consequences on women’s lives.

Jessica Grose is a journalist and novelist. Her second novel, The Closest Marriage, will be out in 2016. Follow her on Twitter @JessGrose. 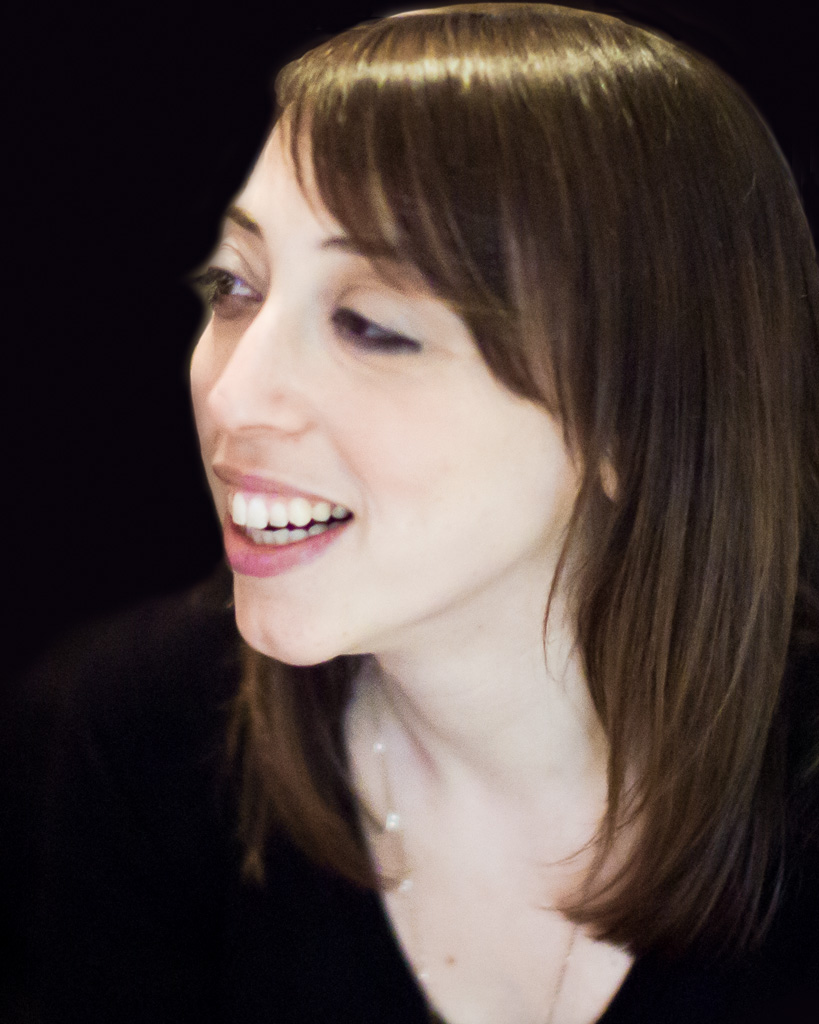 Jessica Grose is a journalist and novelist. Her second novel, The Closest Marriage, will be out in 2016. Follow her on Twitter @JessGrose.