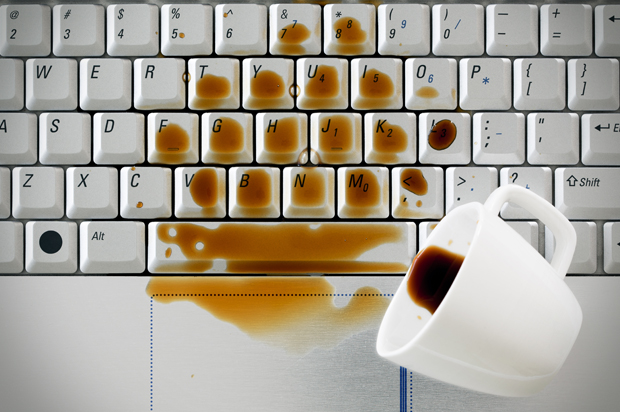 Down and Out in Portland

Just before sundown, on the seventh day of this year — a droning, drizzly afternoon on Portland’s working-class Eastside — I boarded a city train to the airport without paying the required fare. In my beat-down wallet lived three dimes and two nickels, a recently expired transit pass, and a credit union card that, had it speech capacity, might have cried, “Nevermore.”

That meth head seated 6 feet away was barely identifiable to me. Ordinarily, it’s nothing to pick out a speed victim from a mile away. My prescription for corrective lenses had expired while I was out of state and then, upon my return to Oregon, I discovered the re-up exam cost more than I could pay. So I went without. And I was stealing train, a leading indicator of being in writer penury.

My gig had long been to create cultural content independently. Freelancing.  Lean seasons had always been part of the game. Over the past dozen years I’d seen a bunch of trying, breathtakingly broke-ass times. This episode, though? I was writing really well, but dead broke. And I was dragging my artist girlfriend to street level with me.

A few fall months previous, I’d been a speaker at a Cornell University conference on capitalism. There I met Guy Standing, the economist and author of the term “The Precariat.” Heads around the room nodded when the term was uttered, and I thought to myself: They talk about it. I am about it. Since the economic crash of 2009 I’d been a bona fide member of this distinctively imperiled socioeconomic group.

Once I found out about The Precariat, I had a name for my state of things. Before that I only knew for sure that the bottom had fallen out of print journalism.

A content creators‘ advocacy lawyer I know told me that by 2022 there will be 31 percent fewer writers and authors in publishing as we think of it than there were in 2012. Journalism school had been a safe choice when I came up in the ’80s. In good times, I was an $80,000-a-year magazine and book writer who did some digital, working out of L.A. and Brooklyn, New York. Then the business of “real writing” fell off a cliff. According to a Society of Newspaper Editors Survey, in 2007 there had been 52,600 newsroom positions. By 2009 there were 20 percent fewer.

And the way I swung was rarely staff writer-comfortable. My gig was that of wild and in-the-streets freelancer, a specialist on hip-hop and other subjects that properly monetized old white people have not, historically, splurged to have chronicled. Yet, at the height of my zigzagging first act I made as much as two bucks per word. Material life was sweet in the Clinton/tech boom ’90s end. There was the showy position with ESPN’s magazine, the priced-to-gentrify Brooklyn apartment, Montessori school for the first-born, and the low-six-figure book advance, which I blew a huge hunk of relocating my family to Los Angeles in the weeks after 9/11.

All of this before the Depression.

Yes, I said it: Depression. As Obama ascended, writer pay plummeted, consequential and unnoticed as the closing of a news bureau in Africa. Scores of colleagues were knocked out of the profession, and my life got blown up the West Coast, my marriage and mother having died on the way to the printed word becoming an antique for collectors. I woke up one day this guy who was sleeping in a shitty little hatchback on hidden enclaves in Northeastern Los Angeles. Most times I’d have a crib somewhere between Silver Lake and Venice. But there was a lot of couch surfing, too. My children think of those times, the nights, eating pizza, in which home for the weekend was a West Hollywood sex work motel, as “the good old days.”

The only velvet coffin you would find me in would happen if I turned pimp, then dropped dead.

Then came Portland, after the fall. How depressing did the paydays get? Why, last spring I published a 1,500-word news story for $20 — and had to play hardball just to get that.

But I’d be bullshitting if I let you think my financial instability reached back no further than the Dubya’s economy. A year after World War II ended, my mother was born poor in Minute and Ensconced, West Virginia. Her coal-mining father found work up north and then, from the very edge of her girlhood, Mom was raising my sister and me up in Big Ten Country. A Jehovah’s Witness and believer in “The Truth” until her death in 2004, my mother left me with an appreciation of hard work and honesty, as well as an aversion to patriotism.

Portland, which was not employing me, is the whitest big city in America. At 6 percent black, it feels 2 percent. Gentrification patterns here pushed the minority population way out onto the geographic margins of town, creating what I’ve dubbed Portland’s Creamy White Center. Excepting some of the homeless strands along the river, I’m the rare Negro on the scene, part of Portland’s 2 Percent Black Nation. Please get that parody of Portland out of your head. Fact is, in Portland there are concentrations of poverty matched and exceeded only by North Carolina and Tennessee.

Put a bird on that.

My girlfriend and I took our bags and headed through the winter drizzle to her Eastside waterfront art studio. We’d try to gut it out in a cheap motel or something. I lamented springing for my oldest kid’s flight from his Midwestern university to L.A. Entitled as those familiar with private schools can be, he remained on my ass about never having been to Europe. So I popped for a ticket.

The personal economic outlook was like the Pacific Northwest in February: dark gray on a good day. So I held on to the promise of being paid for work submitted over Christmas. January 10. Just a few days until that writing fee landed in my credit union. There were rumblings of temp social media work with a Southern California ad agency. The job could be done remotely.

The girlfriend’s studio bathroom was a 30-yard walk through the all-but-freezing night. There was no TV or Wi-Fi in our space and some days just barely a phone. When there was no light outside the one windowed wall, we held each other tight.

Bottom came when I knocked half a cup of steaming coffee on my laptop’s keyboard, killing that miracle machine that let me create movies in lieu of children’s birthday presents. It happened in a cafe, and I walked outside and up the block. I booted a stony building wall many times.

I’m grateful that, on the morning that computer went down, Portland’s fine white people did not mistake me for a deranged homeless person. I was just a writer who had lost his weapon.

As in yoga, I corrected my posture. Then I straightened my knit cap and put one used Coogi sneaker-clad foot in front of the other. I stepped back into that coffeehouse and said it would be OK. I scrounged up the emergency Mac, downloaded Microsoft Word to my iPhone, and moved the focus of content creation there.

My agent wanted a young adult fiction sample. I held onto the request like a floatie.

Much of my digital scribbling happened in a never-to-be-confused-with-fast-casual food franchise where coffee only cost a buck and refills were free. The McSpace became my main Mac office. In it, I cobbled together my fiction, pitched articles and ran social media for that Cali ad agency. I tried to ignore the scent of the fries and the hard drug deals going on around me, in part because the wares being peddled are unhealthy, but mostly because I had no money.

I tapped content out on the phone with my stylus. At night, and sometimes early in the day, my girlfriend and I would wash off the fried food smells at the gym across the river; the warehouse-style studio had no potable water, no shower. Even on my best day payday remained a train that might never come.

Early one February morning, I encountered a brown kid with cornrows in the fast food bathroom. I was awaiting a cash infusion that, though promised, had not come. He was slightly older than my college boy and dressed well. But his eyes were bleary and an alcoholic scent wafted off of him, strong as an indictment. Dude asked if I wanted to buy some weed.

I gave him three bucks, partly out of feeling sorry, but mostly because Oregon weed is fantastic. The pressure was kicking my ass. And as value meals were ordered around me, my editorial work got completed with a special urgency. After rolling up the purchase, I walked around the block consuming it. The hobos and mentally challenged who frequent this neck of the urban Oregon woods struck me in a fashion that had not previously been present. My vision, of course, was shallow, as I still didn’t have my lenses. Yet the visuals managed to disconcert: These sad fuckers were no different than me. Their backpacks might have been a bit less nifty, their iPhones in actuality Obama phones, and the light in my eyes less dim. But they too had stories. These homeless were striving.

I could not help noticing the gait of a man my age putting his feet ahead of him, with intention. What were he and his shabby load of shit moving toward? Was he in pursuit of a burned-out dream? A struggling fiction writer? An Oregonian staffer who “took the buyout” before falling on lean times?

March approached Portland. One can reasonably assume rain in every re-created scene. The Clippers of Los Angeles began to assert themselves. I stopped trying to text my college boy.

My social media job was extended. A nonprofit site that compensates reasonably bought a story off of me. Then a for-profit company with whom I had more than passing familiarity re-upped for more of my product and my girlfriend and I were lugging our stuff into a creaky-but-cute one-bedroom apartment. Within two weeks we sprung for Wi-Fi. I cobbled together four digital devices into one good content creation system, and picked up a box of contact lenses.

I have grown adept at balancing my constellation of gigs. Good, honest labor. All weed-smoking aside, I think my mother would be proud.