A worker gathers items for delivery from the warehouse floor at Amazon’s distribution center in Phoenix, Arizona on November 22, 2013. Photo by Reuters/Ralph D. Freso
Workers

What Is Amazon Really Delivering?

Some people showed up before dawn. Others spent an hour waiting on a line that stretched out the door. That was the scene last month when hundreds of job seekers converged on an Amazon hiring event in Chattanooga, Tennessee. All hoped for full-time work picking, packing and shipping orders at the online retailer’s local distribution center, a warehouse the size of 28 football fields. “I’m blessed to be here!” one smiling 23-year-old applicant told television reporters.

That spectacle could be coming this summer to a city near you. On May 26, Amazon announced 6,000 new full-time job openings at 19 of its distribution centers. Many are in communities that doled out generous tax credits and other incentives — including $10.3 million in Kenosha, Wisconsin, alone — to bring Amazon jobs to town.

So it’s a good time to ask: Are Amazon’s warehouse jobs worth lining up for? Should they be subsidized with taxpayer dollars? And what do they mean to the long-term economic health of their host communities?

On his 2013 jobs tour, President Barack Obama stopped to deliver a speech at the aforementioned Amazon warehouse in Chattanooga. The audience cheered when he called for restoring the middle class through “good jobs with good wages.” But today that same warehouse is hiring at $11.25 an hour. That’s $23,400 annually, or $850 below the poverty line for a family of four.

Hourly wages at the other warehouses listed in Amazon’s recent hiring announcement range from $11 in Jefferson, Indiana to $12.75 an hour in Robbinsville, New Jersey and Windsor, Connecticut.

Even by industry standards, those are some thin paychecks. Wal-Mart pays distribution center employees an average hourly wage of $19, said a spokesman for that company.

Meanwhile, Amazon’s treatment of warehouse workers has been under scrutiny since 2011, when an investigation by the Allentown Morning Call newspaper revealed what were — quite literally — sweatshop conditions. When summer temperatures exceeded 100 degrees inside the company’s Breinigsville, Pennsylvania warehouse, managers would not open the loading bay doors for fear of theft. Instead, they hired paramedics to wait outside in ambulances, ready to extract heat-stricken employees on stretchers and in wheelchairs, the investigation found. Workers also said they were pressured to meet ever-greater production targets, a strategy colloquially known as “management by stress.”

Amazon declined to answer the newspaper’s specific questions about working conditions in the warehouse but, eight months after the story was released, company officials announced that they’d spent $52 million to retrofit warehouses with air conditioning.

In my own interviews with dozens of Amazon warehouse workers, I’ve heard reports of repetitive stress injuries, pain and exhaustion. (Some called themselves “Amazombies.” Others said they tried to think of the job as a free fitness program.)

Those issues relate to job quality. What about job quantity?

On the same day Amazon announced 6,000 new hires, teams from around the globe competed in the first-ever “Amazon Picking Challenge” in Seattle. Their goal? Build robots that can “pick” shelved items — in this case, the objects ranged from rubber ducks to The Adventures of Huckleberry Finn – with enough dexterity to someday replace human hands. (Amazon already has some 15,000 Kiva robots that transport shelves of merchandise to human “pickers,” but the act of picking has proved much harder to automate.)

Amazon maintains a very low headcount for its sales volume, which rose to $89 billion last year. Amazon creates just 17 jobs for every $10 million in sales, according to figures in its annual report. Compare that with traditional brick-and-mortar retailers, which create jobs at more than twice that rate: 42 positions for each $10 million in sales, according to an analysis of census data by the nonprofit Institute for Local Self-Reliance.

“From a regional perspective, this is clearly not a path to greater employment and more economic activity,” said Stacy Mitchell, the organization’s director. “Your particular community may come out a bit ahead in terms of job numbers, but it comes at the expense of your neighbors.”

She and other community development advocates worry that, with its low-cost merchandise and expanding same-day delivery service, Amazon will eviscerate smaller businesses that put more of their earnings into hiring workers. (The company is already famous for pursuing massive growth while accepting razor-thin profit margins.) Amazon already has an edge over traditional brick-and-mortar retailers in the 25 states where it pays no sales tax. And local governments have also strengthened its advantage, lavishing Amazon with more than $430 million in tax credits and other incentives since 2000, according to Subsidy Tracker, a database created by the economic watchdog Good Jobs First.

Tossing out tax incentives for Amazon jobs might be good short-term politics, but when it comes to lasting employment, let the buyer beware. In 1999, the city of Coffeyville, Kansas showered Amazon with more than $4 million in infrastructure improvements and cash incentives for a 1 million-square-foot distribution center. Soon Amazon was one of the area’s largest employers. But its sales strategy kept changing. Since same-day shipping requires distribution hubs that are closer to urban centers, Amazon grew out of Coffeyville. Executives announced in October that the warehouse would shut down.

Jim Falkner, then Coffeyville’s mayor, created a Facebook page pleading for help. “Please leave suggestions concerning the Amazon job-loss recovery effort,” he wrote. Five days later, he added, “Amazon is the straw that broke the camel’s back when it comes to unemployment in the community.” 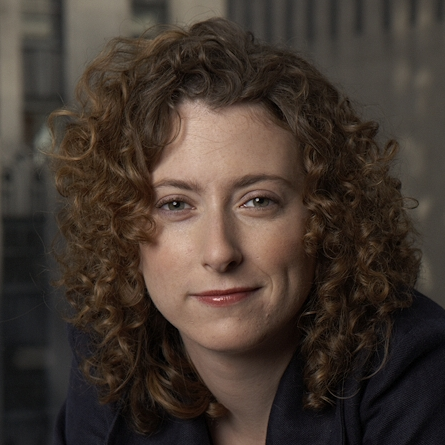