I visited a Grecian isle in July, and it wasn’t at all like the Joni Mitchell song. The debt crisis was ramping up, and the government’s habit of taking out new loans to pay back old ones—a strategy known as “extend and pretend”—meant the country was $356 billion in the red. Youth unemployment now exceeds 60%, and the economy has ground to a halt.

I went to Greece in the hopes of learning more about what it’s like when a whole country is on the economic precipice. I wanted to see what could happen soon in our own debt-ridden American cities as well as in Puerto Rico. In the US, municipal debt more than quadrupled to $3.7 trillion between 1981 and 2012. Puerto Rico has brought the Greek debt crisis closer to home by defaulting on the $72 billion it owes, causing hedge funds to demand the commonwealth close public schools so they can be paid back, with interest.

Curious how Greek citizens and intellectuals are addressing the crisis, I sought out members of a small international team of experts and activists who make up the Orwellian sounding Truth Committee on Public Debt. They have created an audit of the Greek debt that could be a model for Americans whose communities are also struggling to pay their bills—a “menu” of legal arguments Greek officials could have used to justify refusing to pay the debt outright on the grounds it is “illegal, illegitimate and odious” and violates basic human rights.

One of them, Christina Laskardisis, is a young activist turned researcher with Corporate Watch in London. Originally from Athens, she helped co-author the group’s recent 62-page “audit” that meticulously deconstructs the country’s current predicament. The Committee makes the case that Greek debt isn’t the result of reckless spending but reckless lending. “We are trying to break the main narrative that you are the one who is in debt because you screwed up and you are the one benefiting from the bailout,” Laskardisis told VICE. “To do that we look at where the money’s going, how was it contracted, who benefited from the loan, and so on.”

The audit challenges the story favored by creditors the world over: the debtor is to blame. The report shows that lending institutions were well aware that Greece would never be able to pay back its debts, yet made loans anyway. And contrary to the insistence that Greece was “living beyond its means,” the audit revealed that only 10 percent of funds borrowed between 2010 to 2015 even went to the Greek people—the rest went to repaying existing loans and interest, recapitalizing Greek banks, and buying off hedge fund debt speculators. The 10 percent statistic was cited widely in the media, increasing international sympathy for Greece’s position as it negotiated with lenders this summer.

Another theme of the audit, Laskardisis explains, is the way debt is used as a “lever” by elites to push through policies and programs against popular will, from cutting vital services to privatizing national assets.

Though its recommendations were not exploited to their full potential, the Committee’s idealism got me thinking that in the US, we could use an audit tracking the tricky machinations of Wall Street. How these things affect American cities are little understood by the average citizen; that’s why an American Truth Committee on Public Debt is so urgently needed.

Like its Greek counterpart, a Truth Committee on Public Debt in the US would challenge a story beloved by creditors, namely the one that says that American cities are broke or bankrupt, and that because of this fact we have to sacrifice by laying off public workers, shutting down schools, letting our infrastructure fall into disrepair, or paying more to ride the subway. We aren’t being told the full truth: Wall Street plays a large role in this cycle. 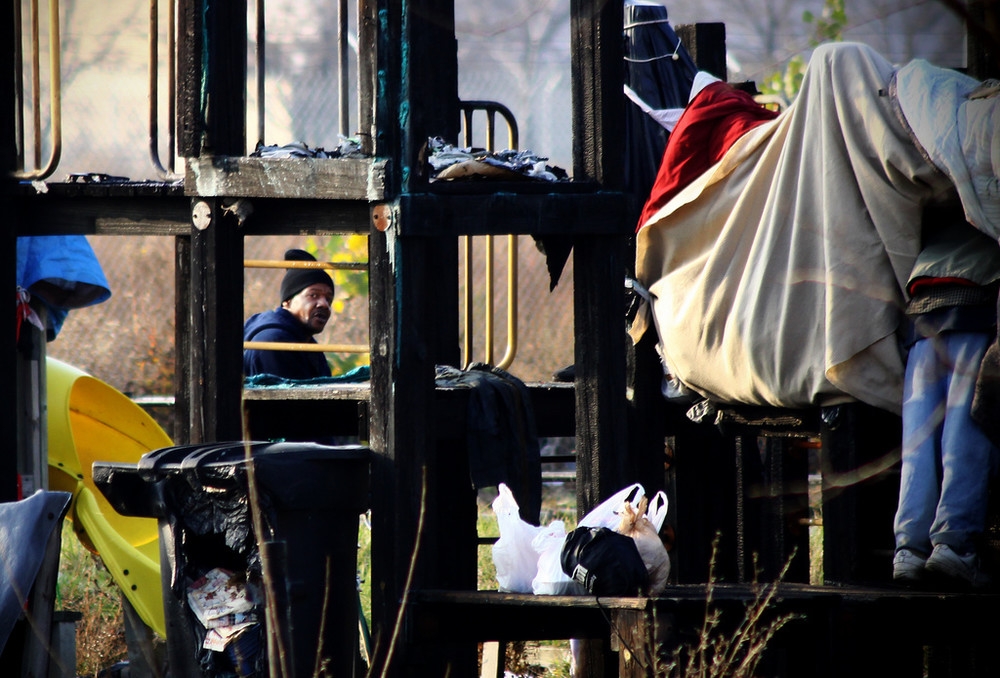 When cities and states need money for big projects they typically issue bonds, borrowing to access the necessary capital. In theory, there’s nothing wrong with this process, but it means our communities—and our school districts, water and sewage systems, transportation authorities, public hospitals, pension funds, and other tax-exempt debt issuers—are remarkably dependent on Wall Street.

One such popular product is known as an “interest rate swap,” which can be thought of as a way for issuers of specific types of municipal bonds to hedge against rising interest rates. The problem is, if interest rates go down the bet backfires, and cities get smothered in additional debt. According to Bloomberg, taxpayers have lost $20 billion in swap agreement fees paid to Wall Street over the last five years. To date Chicago has wasted over $1.2 billion on swap payments, including $500 million in “termination fees,” and will probably soon dish out an additional $200 million in termination penalties on an interest rate swap that had local schools coughing up $36 million annually. Meanwhile, the city closed nearly 50 schools in 2014 in an attempt to save a paltry $25 million a year.

Or consider Detroit, which declared bankruptcy in 2013. To date, over 40,000 residents have had their water shut off at some point and many more may soon. The United Nations has denounced this as a violation of human rights. This has happened because The Detroit Water and Sewage Department, like the city itself, is deeply indebted. Today, an estimated 40% of all water bill payments made by cash-strapped Detroit residents go toward paying off a 2012 $547 million penalty charged by Goldman Sachs and other banks for terminating interest-rate-swaps.

In an interview with VICE, Saqib Bhatti, director of the Roosevelt Institute’s ReFund America Project, compared Greece to Detroit. “In both cases you have cities or countries that had broader structural problems and you had Wall Street come in and see the opportunity and target them with deals that were incredibly risky,” he explained. Over a decade ago, Greece got screwed by a swap arrangement with Goldman Sachs that made the bank an estimated $800 million while nearly doubling the debt the country put into the deal.

From Oakland, California to Jefferson County, Alabama, advisors and bankers have played up the benefits of complex financial instruments while downplaying the dangers. Sometimes towns get snagged in the municipal equivalent of payday loans. (Poway Unified School District in San Diego County will pay nearly one billion dollars for what was initially a $105 million dollar “capital appreciation bond”—an interest rate of over 1,300 percent.)

An audit of some or all American cities could bring deals like these into the light of day—and hopefully embolden residents and their representatives to fight them. Bhattti and other experts believe that by failing to adequately disclose the risks associated with their products, some banks may be running afoul of the law, which means cities might have both ethical and legal arguments for refusing to pay extortionate finance fees, potentially freeing up billions that could be spent on teachers, roads, and any number of constructive projects.

In addition to informing the public about how municipal debt really works, an American Truth Committee could pose a more fundamental question: Why are cities being forced to borrow money in the first place? The answer is a lack of revenue, which stems from rich people and corporations refusing to pay their fair share of taxes.

Today, cities borrow from the wealthy far more than they tax them, and Wall Street rakes in cash playing middleman. If our cities are broke, regular citizens aren’t to blame. 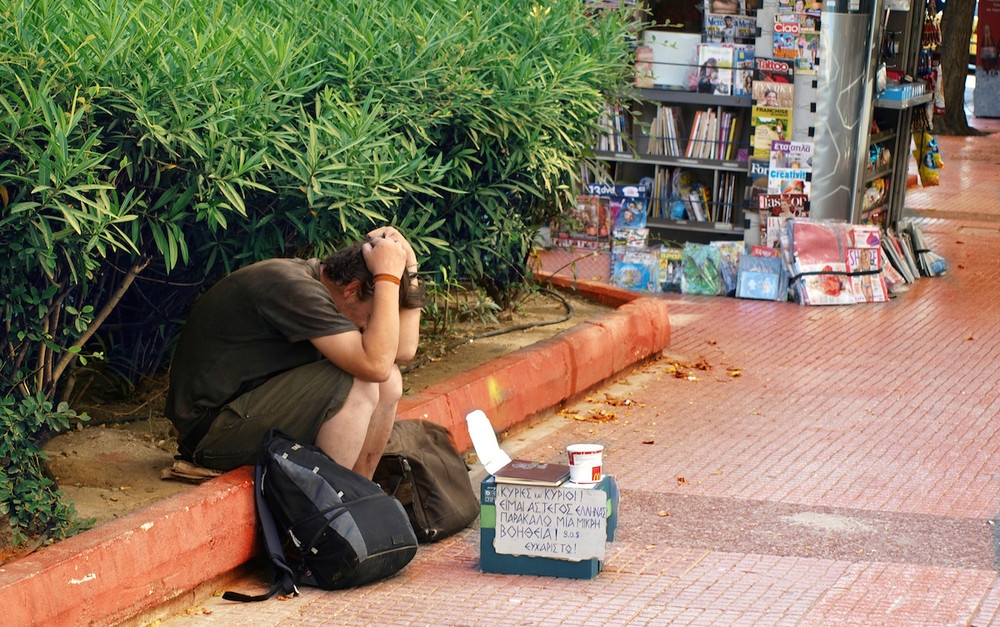 In Crete, a medical clinic I visited was providing services no longer offered by the Greek state because of debt-induced “adjustments.” The volunteers I met were an unlikely team: an anarchist couple, a man who owned a toy shop, a radical dentist, and a retired pediatrician.

It was a Saturday morning and mothers sat with their children waiting to get a check up or a vaccine. Christos Kritsotakis, 59, who used to have a small kiosk that sold magazines and sodas, told me he was there because of heart trouble, which he attributed to stress. Before the crisis he was able to provide his family with a comfortable middle class lifestyle. Now unemployed, cash was so tight he had just sold his car for a few hundred euros. The clinic operates without state support of any kind and depends entirely on donations of space, equipment, labor, and even medicine, which is collected by going door-to-door. It’s an incredible DIY operation. Health care has become a labor of love in a modern European nation.

And what has happened on that Grecian isle could one day soon happen in our cities. In small ways, it is happening already. The least we can do is demand a full accounting.