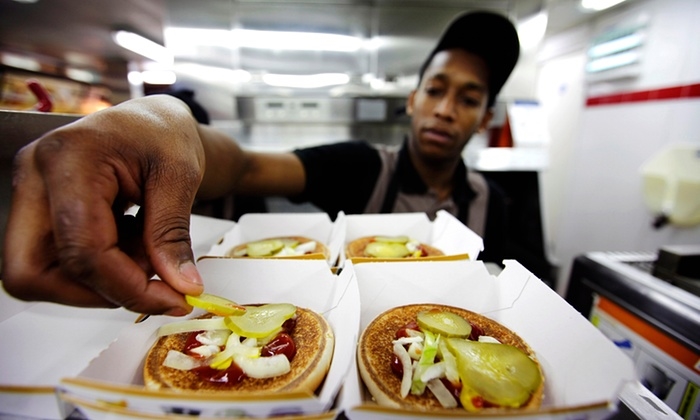 Only the Rich Can Write About Poverty

There’s something wrong with the fact that a relatively affluent person can afford to write about minimum wage jobs while people experiencing them can’t.

Back in the fat years – two or three decades ago, when the “mainstream” media were booming – I was able to earn a living as a freelance writer. My income was meager and I had to hustle to get it, turning out about four articles – essays, reported pieces, reviews – a month at $1 or $2 a word. What I wanted to write about, in part for obvious personal reasons, was poverty and inequality, but I’d do just about anything – like, I cringe to say, “The Heartbreak Diet” for a major fashion magazine – to pay the rent.

It wasn’t easy to interest glossy magazines in poverty in the 1980s and 90s. I once spent two hours over an expensive lunch – paid for, of course, by a major publication – trying to pitch to a clearly indifferent editor who finally conceded, over decaf espresso and crème brulee, “OK, do your thing on poverty. But can you make it upscale?” Then there was the editor of a nationwide, and quite liberal, magazine who responded to my pitch for a story involving blue-collar men by asking, “Hmm, but can they talk?”

I finally got lucky at Harper’s, where fabled editor Lewis Lapham gave me an assignment that turned into a book, which in turn became a bestseller, Nickel and Dimed: On (Not) Getting By in America. Thanks to the royalties and subsequent speaking fees, at last I could begin to undertake projects without concern for the pay, just because they seemed important or to me. This was the writing life I had always dreamed of – adventurous, obsessively fascinating and sufficiently remunerative that I could help support less affluent members of my family.

Meanwhile, though I didn’t see it at first, the world of journalism as I had known it was beginning to crumble around me. Squeezed to generate more profits for new media conglomerates, newsrooms laid off reporters, who often went on to swell the crowds of hungry freelancers. Once-generous magazines shrank or slashed their freelance budgets; certainly there were no more free lunches.

True, the internet filled with a multiplicity of new outlets to write for, but paying writers or other “content providers” turned out not to be part of their business plan. I saw my own fees at one major news outlet drop to one third of their value between 2004 and 2009. I heard from younger journalists who were scrambling for adjunct jobs or doing piecework in “corporate communications.” But I determined to carry on writing about poverty and inequality even if I had to finance my efforts entirely on my own. And I felt noble for doing so.

Then, as the kids say today, I “checked my privilege.” I realized that there was something wrong with an arrangement whereby a relatively affluent person such as I had become could afford to write about minimum wage jobs, squirrels as an urban food source or the penalties for sleeping in parks, while the people who were actually experiencing these sorts of things, or were in danger of experiencing them, could not.

In the last few years, I’ve gotten to know a number of people who are at least as qualified writers as I am, especially when it comes to the subject of poverty, but who’ve been held back by their own poverty. There’s Darryl Wellington, for example, a local columnist (and poet) in Santa Fe who has, at times, had to supplement his tiny income by selling his plasma – a fallback that can have serious health consequences. Or Joe Williams, who, after losing an editorial job, was reduced to writing for $50 a piece for online political sites while mowing lawns and working in a sporting goods store for $10 an hour to pay for a room in a friend’s house. Linda Tirado was blogging about her job as a cook at IHOP when she managed to snag a contract for a powerful book entitled Hand to Mouth (for which I wrote the preface). Now she is working on a “multi-media mentoring project” to help other working-class journalists get published.

There are many thousands of people like these – gifted journalists who want to address serious social issues but cannot afford to do so in a media environment that thrives by refusing to pay, or anywhere near adequately pay, its “content providers.” Some were born into poverty and have stories to tell about coping with low-wage jobs, evictions or life as a foster child. Others inhabit the once-proud urban “creative class,” which now finds itself priced out of its traditional neighborhoods, like Park Slope or LA’s Echo Park, scrambling for health insurance and childcare, sleeping on other people’s couches. They want to write – or do photography or documentaries. They have a lot to say, but it’s beginning to make more sense to apply for work as a cashier or a fry-cook.

This is the real face of journalism today: not million dollar-a-year anchorpersons, but low-wage workers and downwardly spiraling professionals who can’t muster up expenses to even start on the articles, photo-essays and videos they want to do, much less find an outlet to cover the costs of doing them. You can’t, say, hop on a plane to cover a police shooting in your hometown if you don’t have a credit card.

This impoverishment of journalists impoverishes journalism. We come to find less and less in the media about the working poor, as if about 15% of the population quietly emigrated while we weren’t looking. Media outlets traditionally neglected stories about the downtrodden because they don’t sit well on the same page with advertisements for diamonds and luxury homes. And now there are fewer journalists on hand at major publications to arouse the conscience of editors and other gatekeepers. Coverage of poverty accounts for less than 1% of American news, or, as former Times columnist Bob Herbert has put it: “We don’t have coverage of poverty in this country. If there is a story about poor people in the New York Times or in the Washington Post, that’s the exception that proves the rule. We do not cover poverty. We do not cover the poor.”

As for commentary about poverty – a disproportionate share of which issues from very well paid, established, columnists like David Brooks of the New York Times and George Will of the Washington Post – all too often, it tends to reflect the historical biases of economic elites, that the poor are different than “we” are, less educated, intelligent, self-disciplined and more inclined to make “bad lifestyle choices.” If the pund
its sometimes sound like the current Republican presidential candidates, this is not because there is a political conspiracy afoot. It’s just what happens when the people who get to opine about inequality are drawn almost entirely from the top of the income distribution. And there have been few efforts focused on journalism about poverty and inequality, or aimed at supporting journalists who are themselves poor.

It hurts the poor and the economically precarious when they can’t see themselves reflected in the collective mirror that is the media. They begin to feel that they are different and somehow unworthy compared to the “mainstream.” But it also potentially hurts the rich.

In a highly polarized society like our own, the wealthy have a special stake in keeping honest journalism about class and inequality alive. Burying an aching social problem does not solve it. The rich and their philanthropies need to step up and support struggling journalists and the slender projects that try to keep them going. As a self-proclaimed member of the 0.01% warned other members of his class last year: “If we don’t do something to fix the glaring inequities in this economy, the pitchforks are going to come for us.”