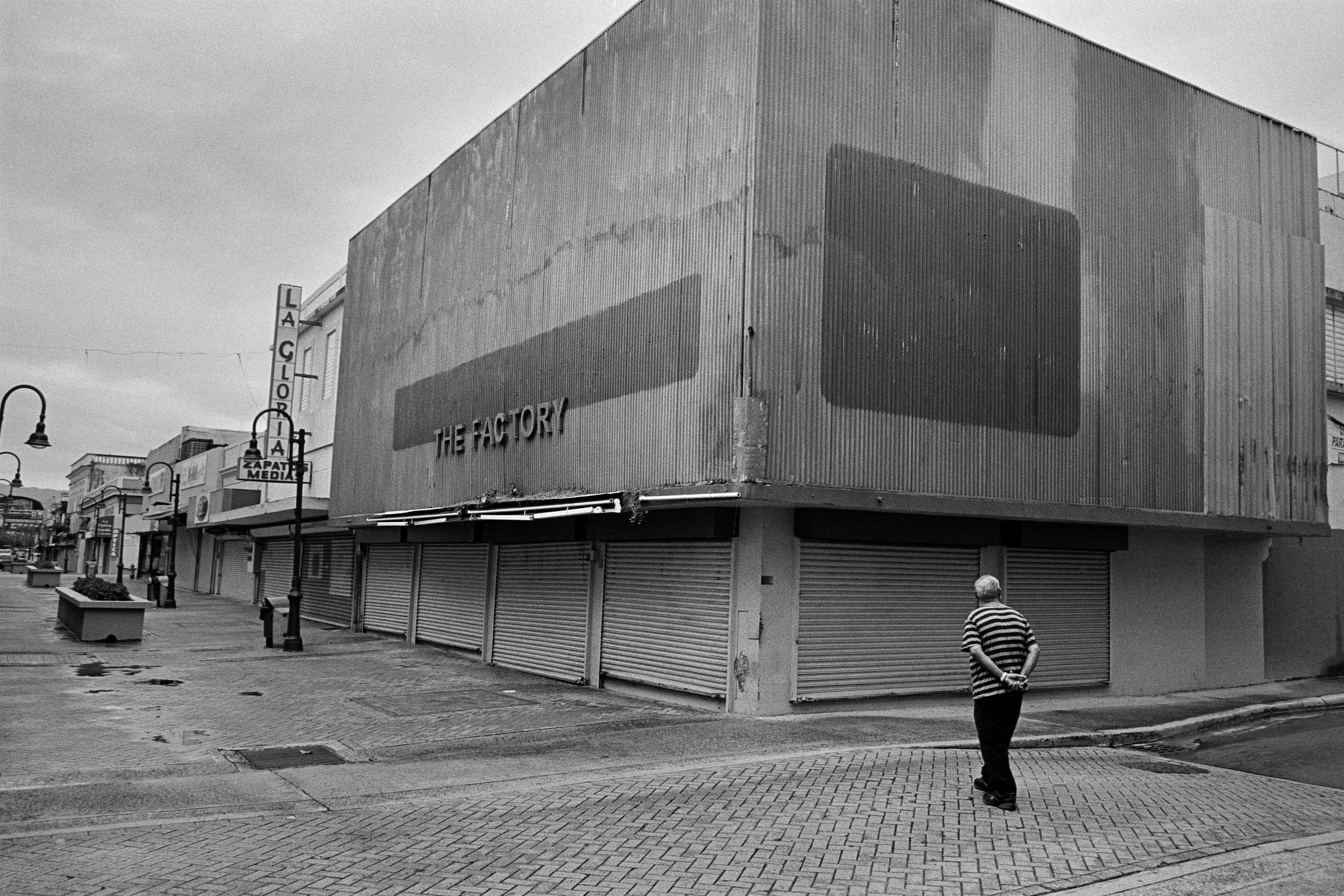 Stores, like these in Caguas, P.R., close early because of lack of business. Photo by Joseph Rodriguez
Cities

Puerto Rico has been dealing with economic troubles for a long time, especially since it slipped into a recession in 2006, and the people have faced these hardships with a mix of optimism and frustration. But recently the situation has worsened. The unemployment rate, as of June, was 12.6 percent, the commonwealth’s debt is soaring and the cost of living is crushing, with citizens and businesses trying to endure high water, electricity and tax bills. On top of that, after much speculation about the island’s ability to pay its creditors, the government defaulted on a $58 million bond payment earlier this month.

The middle class has been hit hard. While thousands flock to the mainland in search of employment opportunities, some are reluctant to leave everything behind.

We have a special interest in the island. Mr. Rodríguez, a Puerto Rican from Brooklyn, has documented the lives of families in conflict in Harlem, Los Angeles and Mexico City, to name a few places, but never, before now, in Puerto Rico, the place of his ancestors. 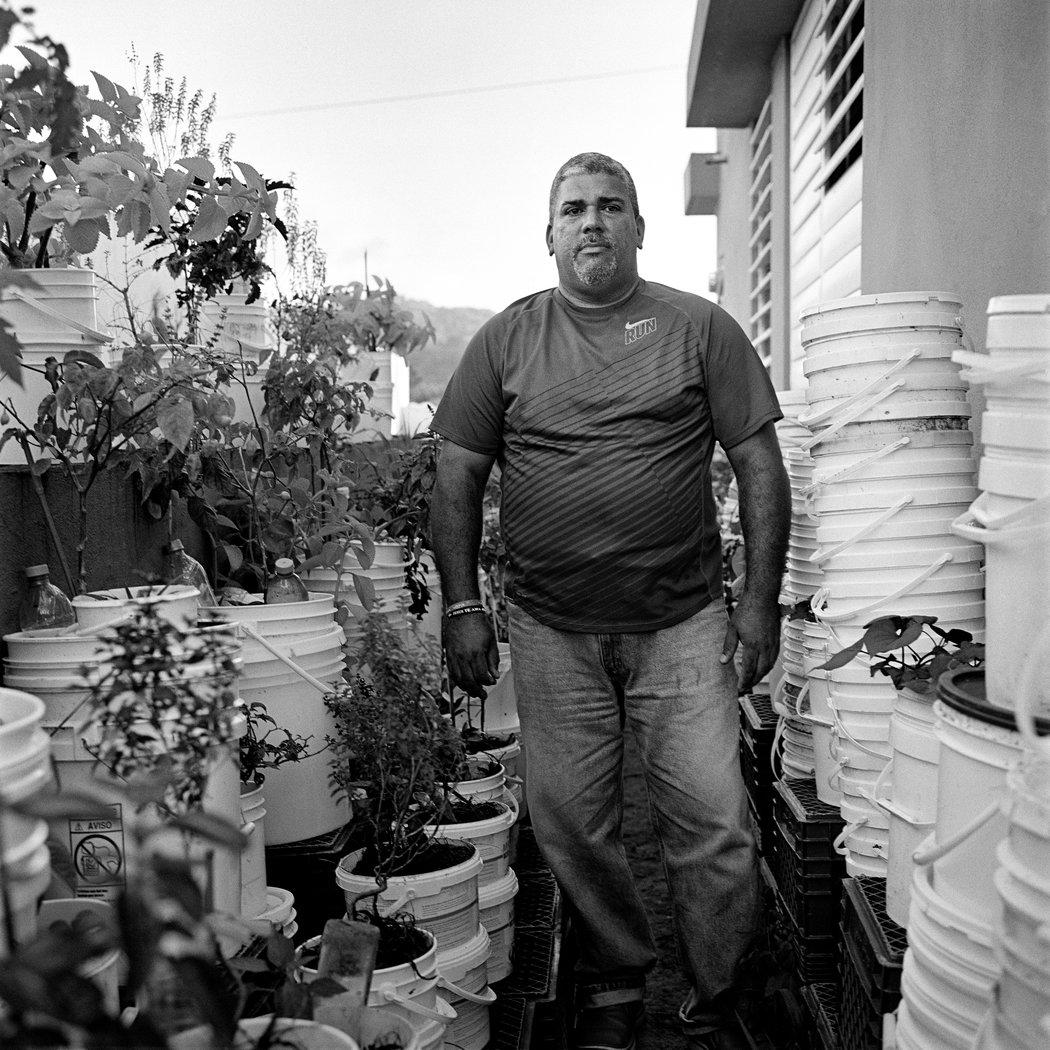 Héctor Díaz in the organic garden he set up in his backyard after he lost his government job. He hopes to use the vegetables in recipes for a food truck he wants to start.

I was raised in Puerto Rico and relocated to New York after economic troubles knocked on my door. I come from a middle-class family, and we wrestled with economic woes in the 1980s. I understood the ripple effects such circumstances have on families and wanted to return to Puerto Rico to bring the human side of the crisis to light.

We traveled to the island in March and encountered both resentment and resilience among the middle class. This contradiction is not uncommon in the island’s culture. In fact, the popular Rafael Hernández song from 1929, “Lamento Borincano” (“Puerto Rican Lament”), symbolizes this. It tells the story of a farmer who wakes up infused with optimism, singing on his way to the market, but returns demoralized, unable to sell his produce.

We met with many people who, like the man in the song, are trying to navigate the realities of the economy in Puerto Rico, those who are making sacrifices for their children’s future and who are trying to find ways to keep businesses open against many odds.

The island is now at a crossroads. Meanwhile, just as Hernández wrote in “Lamento Borincano,” many people are walking down the road with trepidation, but still singing. 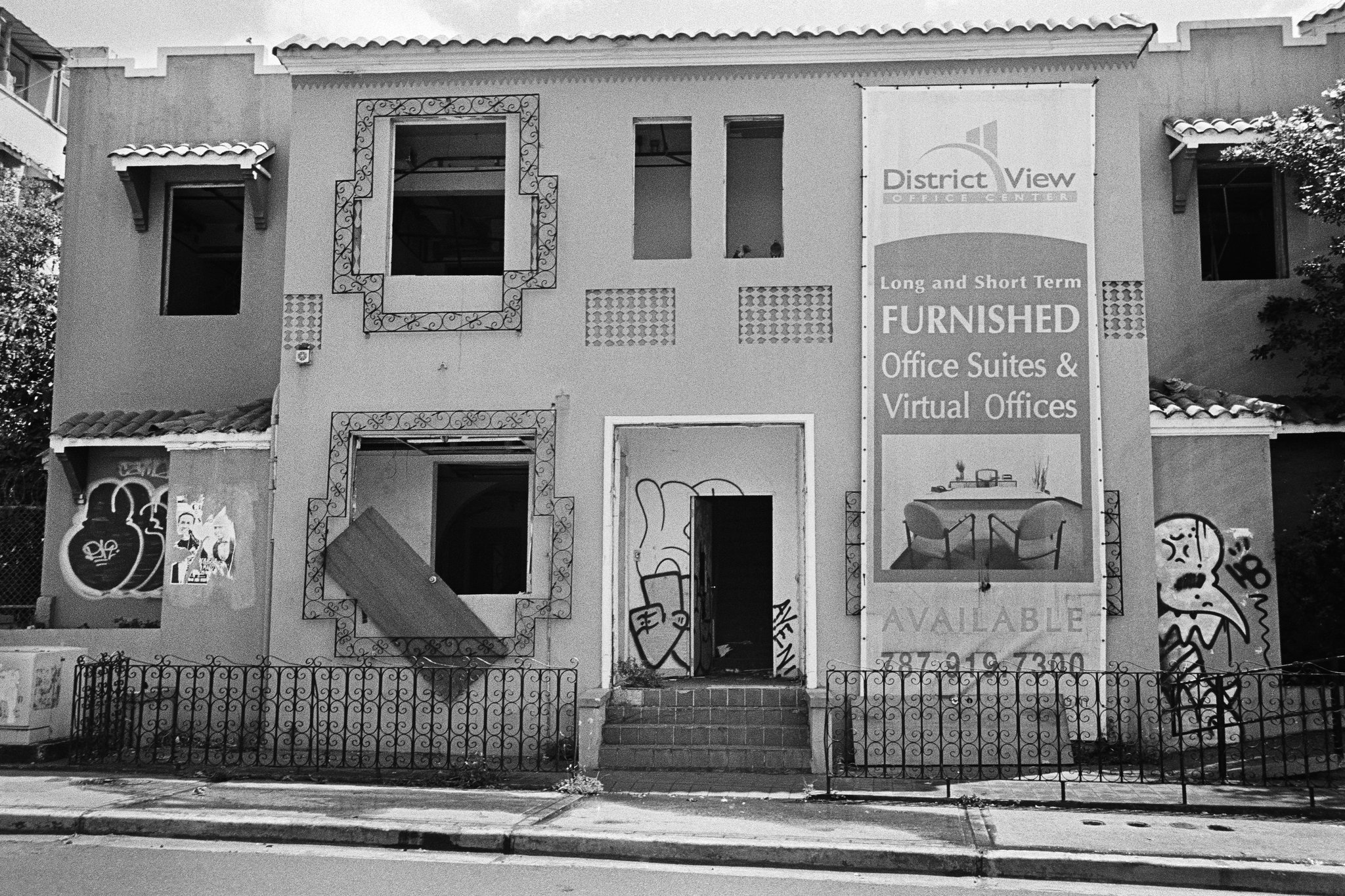 An abandoned building in the Condado area of San Juan. With a broken economy, the real estate market was left with too many homes and too few buyers. 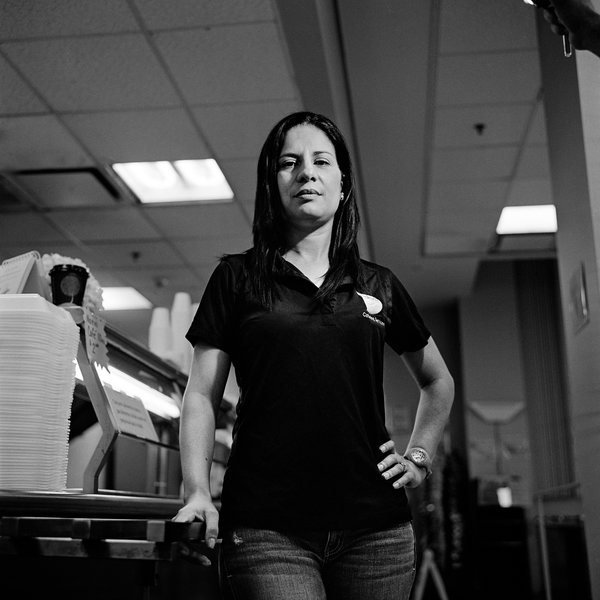 Rebecca Molina is the owner of Food Design, a restaurant and a catering and cafeteria management business. To keep as many of her employees as possible with operating costs rising, she diversified both her staff’s skills and her company’s offerings. “You have to keep reinventing yourself,” said Ms. Molina. 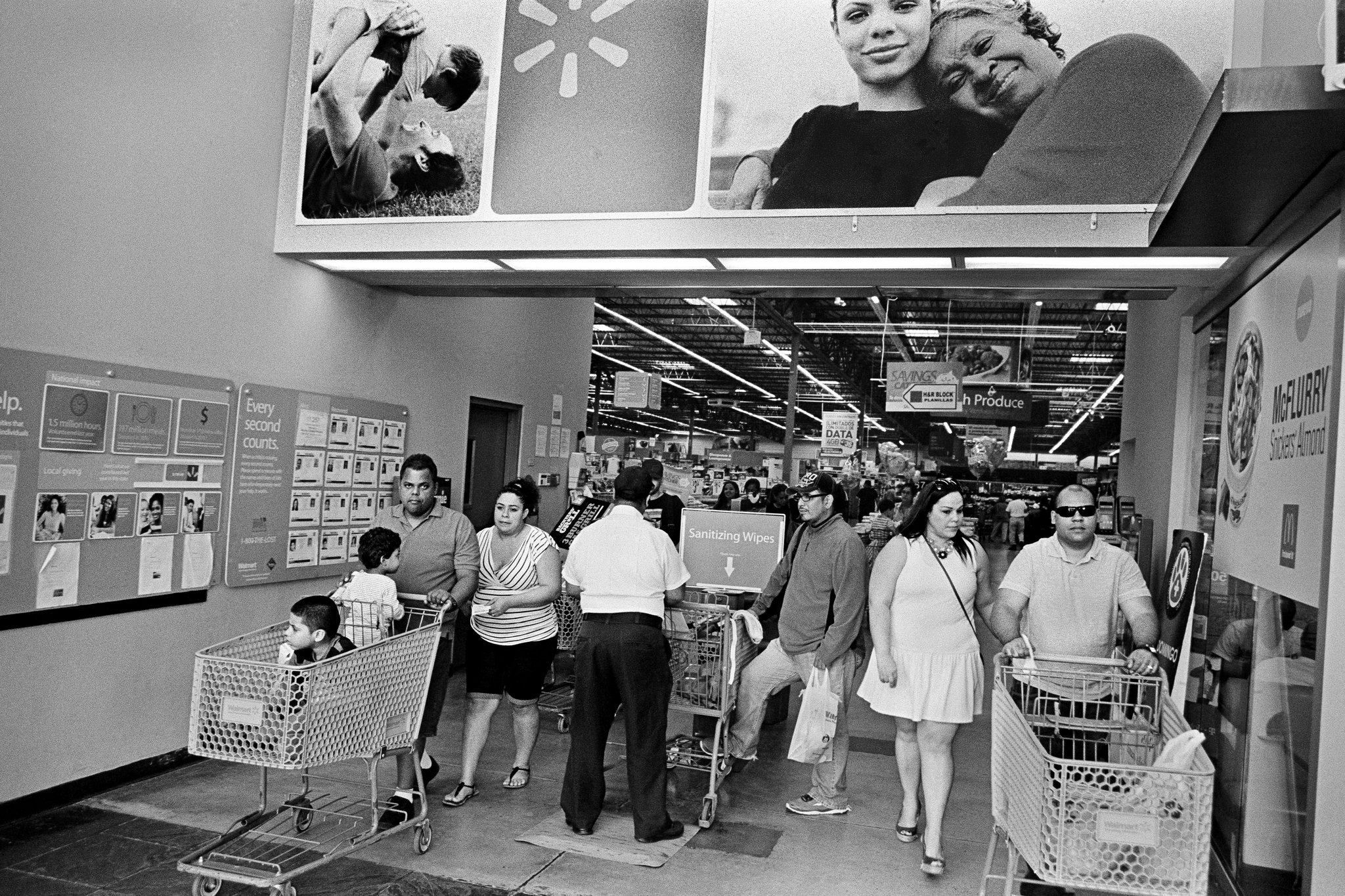 Many families and seniors with fixed incomes shop at large discount stores, like this Walmart in Caguas. “Mega stores come with great economic power that translates into advantages to do business,” said Rubén Piñero (at desk), president of the United Retailers Association in Puerto Rico. On the other hand, he said, “we have noticed that small- and medium-sized businesses around these stores tend to disappear.” 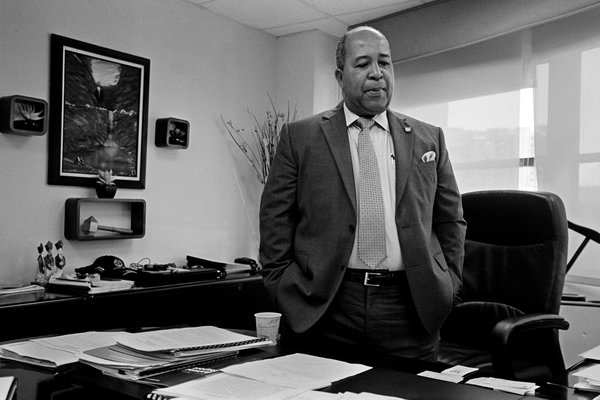 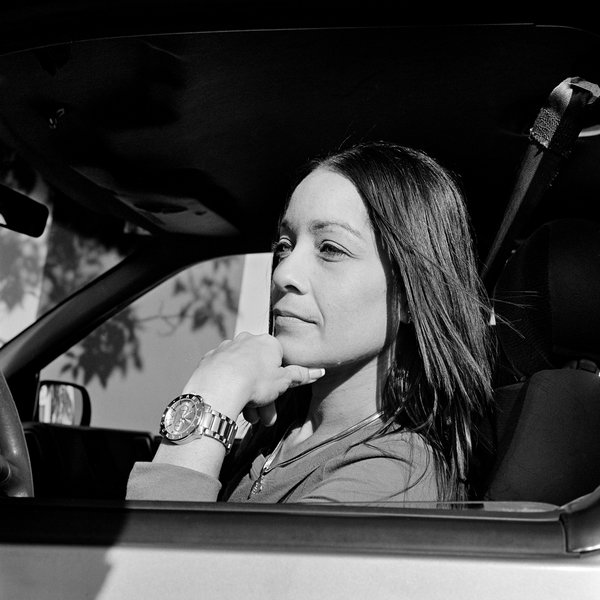 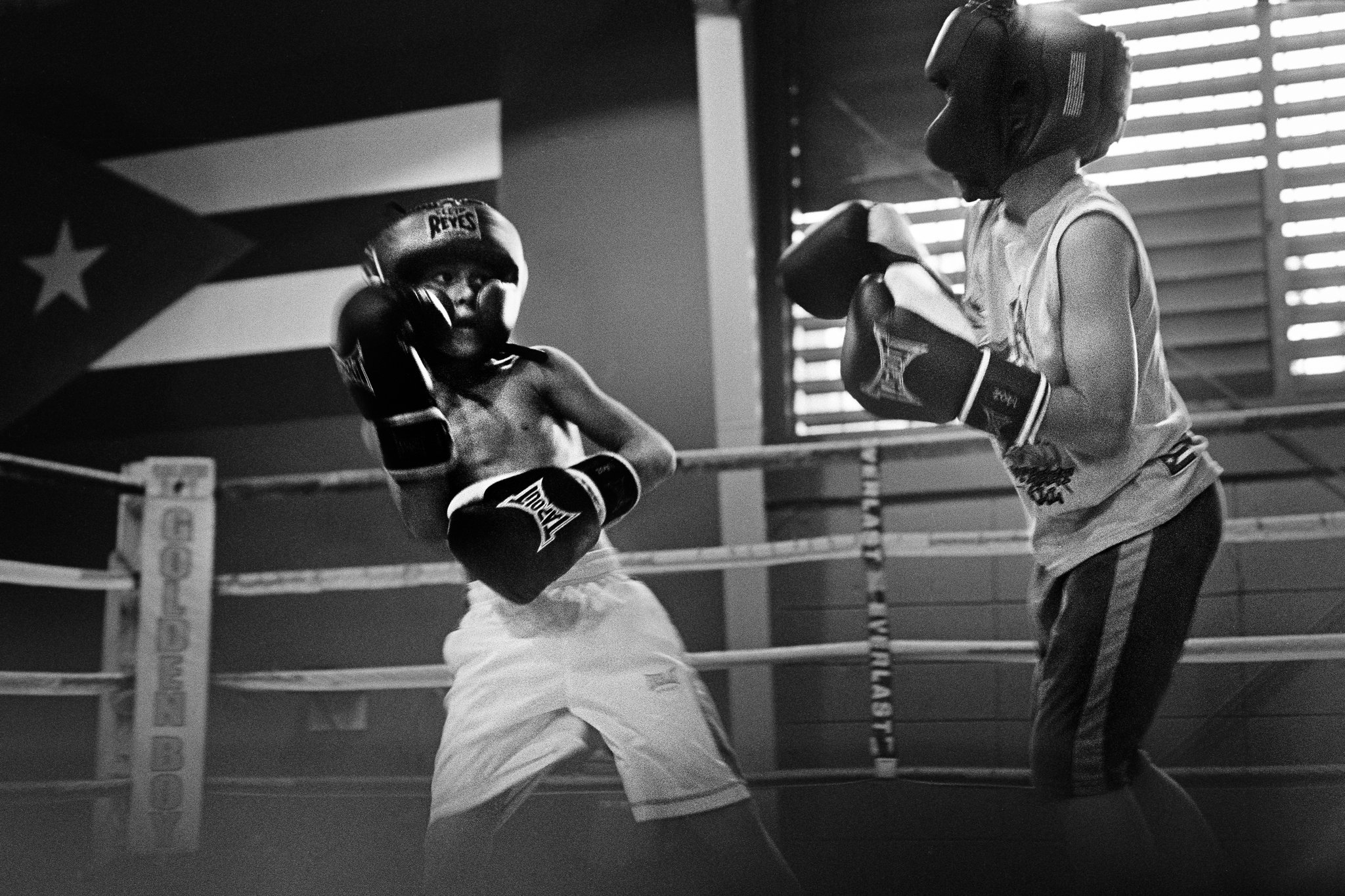 José Jeriem, 9, above, training at a gym in the Caimito neighborhood in San Juan. He wants to fight professionally one day. His mother, Johan Martínez, shown at top, and his father, José Antonio Crespo, are committed to helping their son become a boxer. “It’s a lot of sacrifice, but we’re focused on him,” Mr. Crespo said. 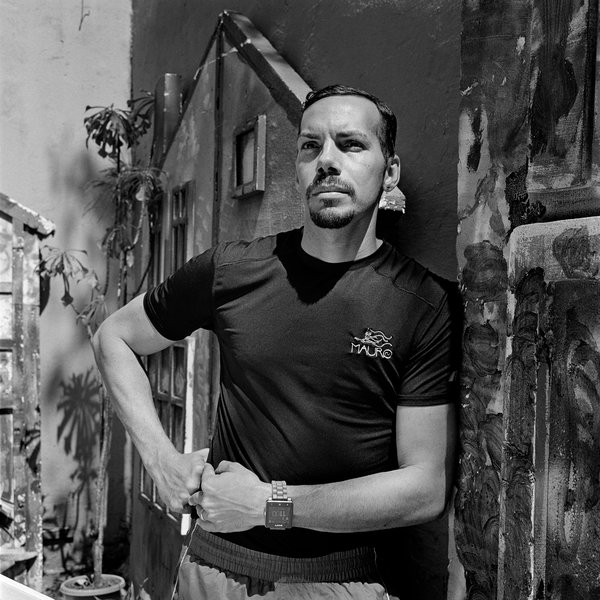 Áureo Andino, top, the owner of the Mauro Youth Ballet Company and School of Dance in San Juan, with his wife Marena Pérez. Last year, they saw their enrollment drop. “The first thing parents cut is the afterschool program for their children. Ballet wouldn’t be a priority,” said Mr. Andino. “Fortunately, we have developed a very loyal clientele.” 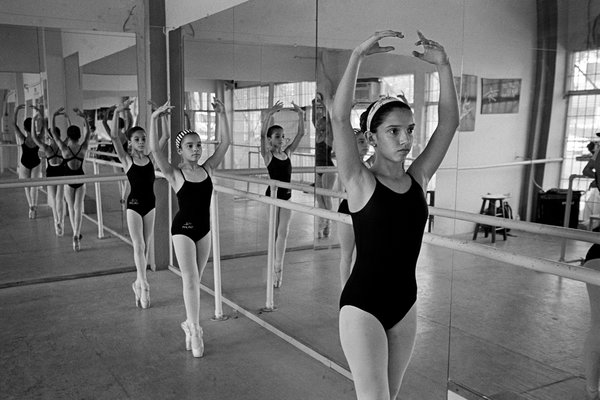 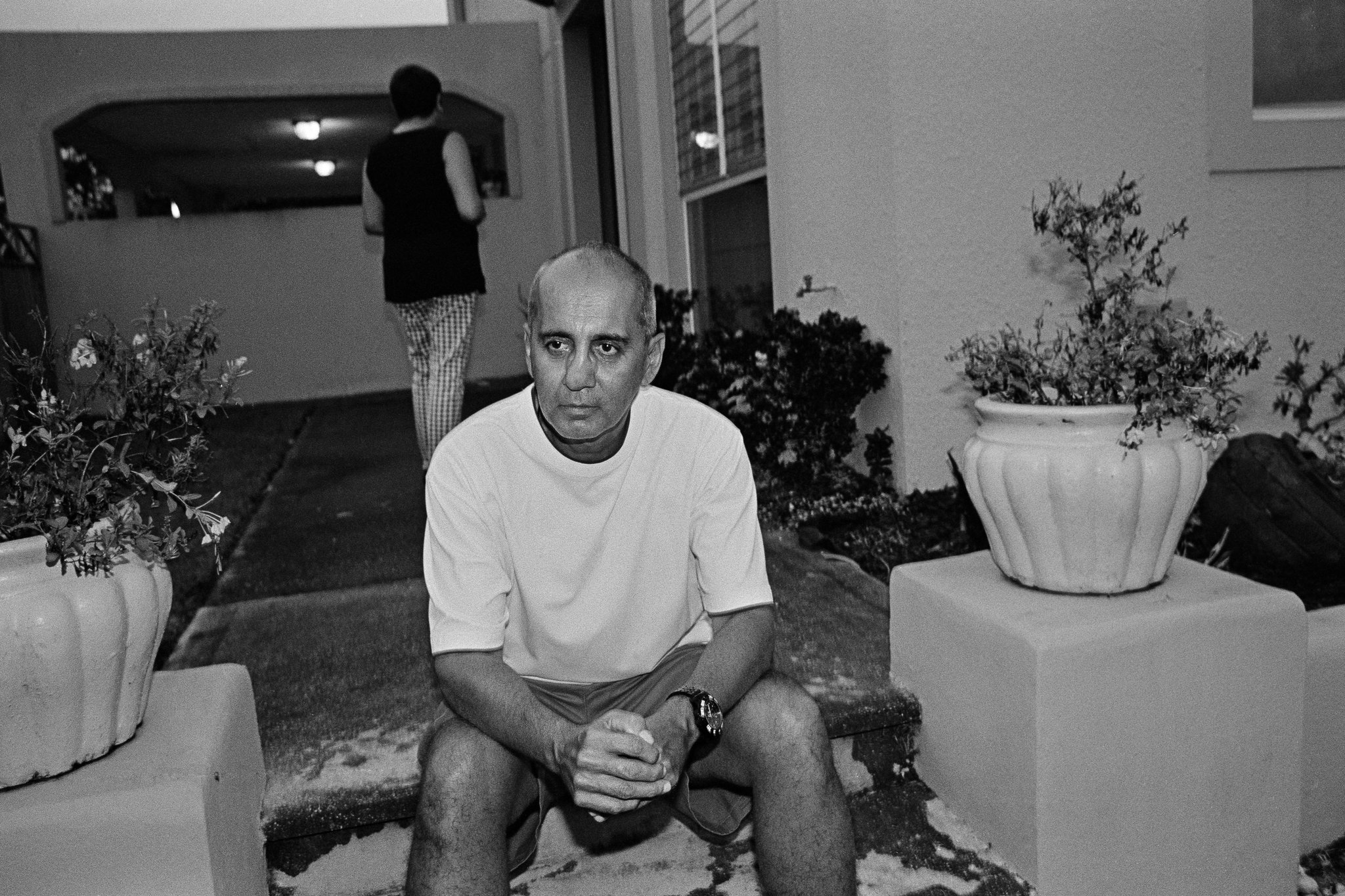 Jorge Cardona, a retired special education teacher. “I had to retire out of the blue, and my wife’s salary was cut. We had it really bad,” he said. “The middle class is being attacked from all sides.” 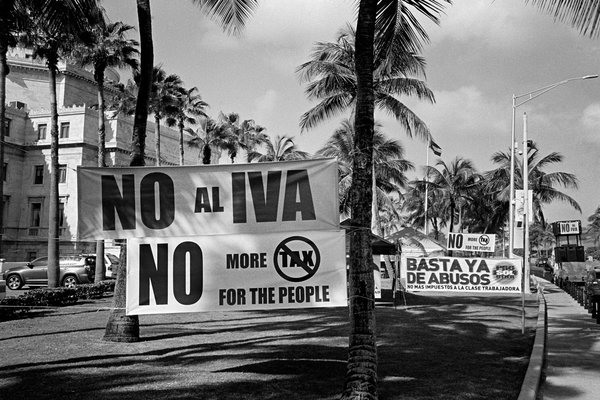 A public hearing on tax reform on March 18. Gov. Alejandro García Padilla proposed a plan to reform the tax system to cope with the island’s debts, which had risen to more than $70 billion. Outside of Puerto Rico’s Capitol in March, top, people hung signs to protest a potential sales tax increase. 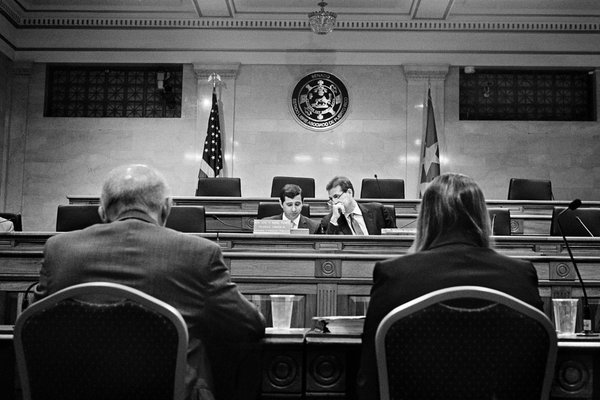 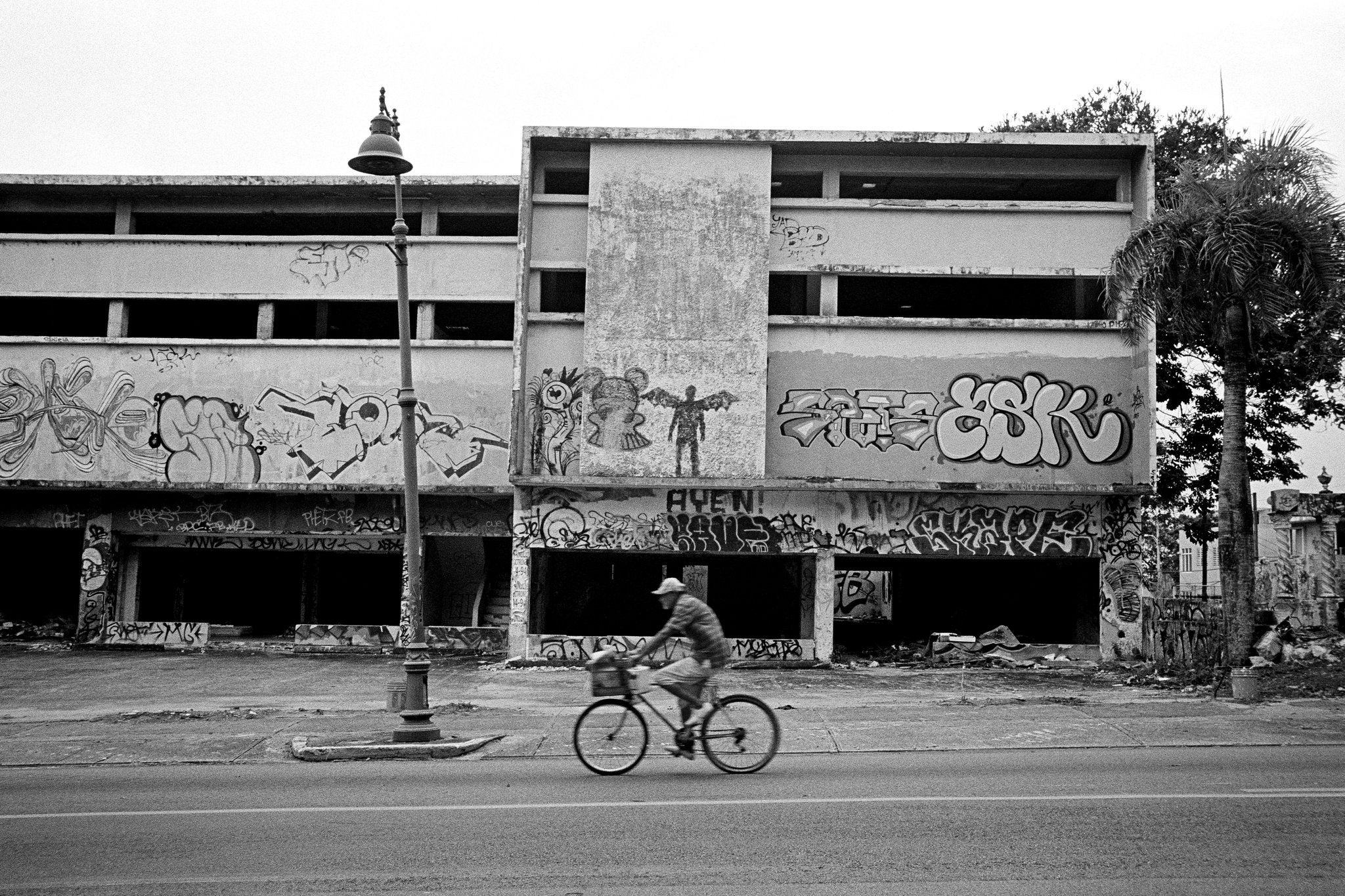 An abandoned property in Santurce, a neighborhood in San Juan.

View outtakes from this project in the Media section of our website.

Joseph Rodríguez is a photojournalist and a professor at New York University and the International Center of Photography.