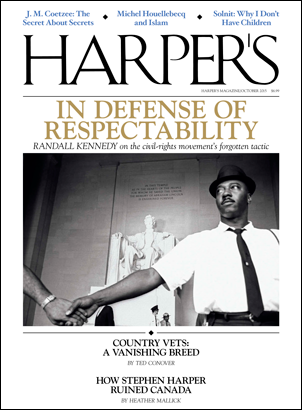 When I visited West Philadelphia’s Employment, Advancement, and Retention Network Center in the spring of 2013, its tall white walls were covered with green and yellow stars, each bearing the name of an Achiever of the Year or a Hall of Famer — welfare recipients who had landed a job or kept one for at least six months. Running high along one wall was a slogan — “Positive thoughts attract Positive results. And We are Positive about that!” — surrounded by plus signs that bore inspirational quotations. In a corner of the room I found a yellow flyer taped to a concrete pillar. 90 days of purpose, it read. The flyer explained what it called a new goal: to place clients in jobs within ninety days. “You are expected to attend every day with a ‘ready to work’ attitude.”

The goal was in fact initiated by the government of Pennsylvania. The West Philadelphia EARN Center and dozens of similar programs throughout the country are a legacy of the welfare-reform bill that Bill Clinton signed into law almost twenty years ago. The Personal Responsibility and Work Opportunity Reconciliation Act of 1996 rebranded the welfare system as Temporary Assistance for Needy Families, or TANF (pronounced “tanif”), and required recipients to participate in a designated set of “work activities” for twenty to thirty-five hours per week in exchange for cash assistance. Allowable activities included community service, sweeping streets, cleaning public restrooms, vocational training, and job hunting under the supervision of an employment agency or a contractor-run program such as the EARN Center. In Pennsylvania, contractors are compensated partly according to their placement rate, with compensation dependent on how quickly jobs are secured.

“Ninety days is really tough,” Meredith McCarthy, who was then the center’s director, told me after my tour.1 “The average person takes twenty-six weeks to get off unemployment. We’re working with a population that has less work history, or other life challenges. Some problems take longer than ninety days to solve.” McCarthy also had to contend with employers who had their own timelines; a business might interview a client on his or her eightieth day at the center but not make a hiring decision for another three weeks. (That seemed particularly true of employers that offered office jobs with better pay and full benefits, such as local universities.) “We’d never drop a client just because they’ve been here longer than ninety days,” she said, “but it does get more difficult at that point.” Clients who did find work within ninety days were often back in the EARN Center within a year, because the job didn’t last.