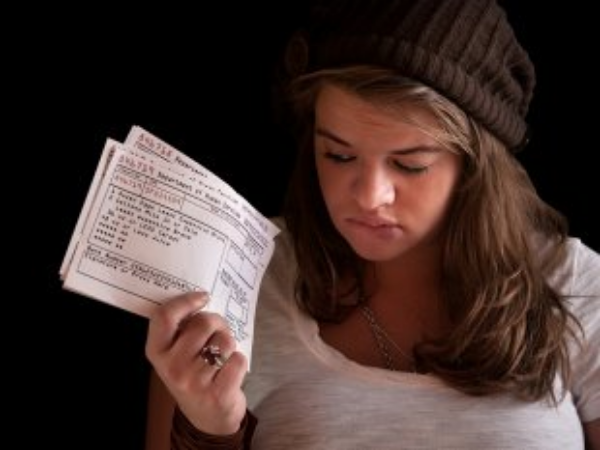 Poverty is not a meme.

Every time I shop for my groceries I run the risk of shame and panic. I navigate the aisles, looking for those discount tags hanging under apples or grapes. I add up the prices of pineapples, tomatoes, avocados. Yams. Squash. Kale. I long for a refrigerator full of these things.

When I reach the check-out aisles, I suck in my breath, looking for a friendly cashier who won’t purse her lips when I use my EBT card. I try to hurry. Are the people lining up behind me? Did I buy obvious kid foods? Does my organic milk mean I’m not being thrifty enough with my government dollars? Does the ice cream seem extravagant? The cashier sighs loudly when a runner has to grab the right kind of juice for my coupon. As I’m leaving, the older man behind me says, “You’re welcome!”

At home I turn to some online social support. But on Facebook I find a shared post titled “Today’s Lesson in Irony.” Apparently it’s been making the rounds, turning up on conservative politicians’ websites. Comparing National Park Service policy with federal food-assistance programs, it quotes NPS: “The animals will grow dependent on handouts, and then they will never learn to take care of themselves.”

Here’s more irony: As a writer and single mother who recently graduated from college while holding down two jobs, social media is one of the most important forms of affirmation in my life. It also is organizing hate against me for one of my most important forms of practical support, government assistance. And the hate I find online is far more direct and vitriolic than the sigh of a cashier or the occasional muttered remark from a stranger.

They are, in fact, part of a broader trend: The Web and social networks have made many things more possible, including new ways to spread stigma and shame about being poor in America.

And while I’ve hidden or unfriended most people who post things like this, sometimes they got through, like a viral post from a letter to the editor of a Texas paper that read, “Put me in charge of food stamps! No cash for Ding Dongs or Ho Ho’s, just money for 50-pound bags of rice and beans, blocks of cheese and all the powdered milk you can haul away. If you want steak and frozen pizza, then get a job.”

When I asked my friend about why she shared a post that went on to demand recipients get sterilized, the friend explained the anger she felt over spending $600 on Christmas gifts for a needy family. When she delivered them, she said there were beer cans and cigarette butts in overflowing trash cans and a pile of dirty dishes by the sink with half-eaten steaks on them. The family also had a large television in the living room that she said was in unfortunate contrast to the kids’ dirty, tattered clothes.

“But it’s obvious you take good care of your kids,” she said, somehow making me an exception in her mind in posting the anti-welfare rant.

“A friend of mine from high school posted it,” said Debbie Weingarten of the same post. “I felt targeted and invisible at the same time.” At 32, Weingarten holds a bachelor’s degree and raises her two young children on her own. “I’m not sure it made me shop differently, but maybe just an extra awareness that I was being judged. I chose the self-help aisles as much as possible, so I didn’t have to show everyone that I was on food stamps.”

“I have to say: really happy there are self-checkouts now,” said Lara McKusky, a single mom of three, on using her EBT card for groceries. “I don’t have to deal with the negative reactions.”You could even call the anti-welfare commentaries online poor trolling. In the comment sections under welfare reform articles, people admit to mentally tallying up the cost of groceries in the carts of EBT card users. On Facebook, they vent about EBT customers buying junk foods with their hard-earned tax dollars. Indeed, anti-welfare commentaries online could be considered a kind of hate speech.

If we don’t develop better checks and balances on this kind of anti-poor Web cruelty, the most stigmatized will remain ever more so, even in the very places they go to be around “friends” and feel safe. As a society of status updaters, we should all know better.

Stephanie Land‘s work has been featured on Vox, DAME, Narrative.ly, Manifest Station, through the Economic Hardship Reporting Project, and as a writing fellow with the Center for Community Change. She lives in Missoula, Montana, with her two young daughters. Follow her @stepville or read more at stepville.com.