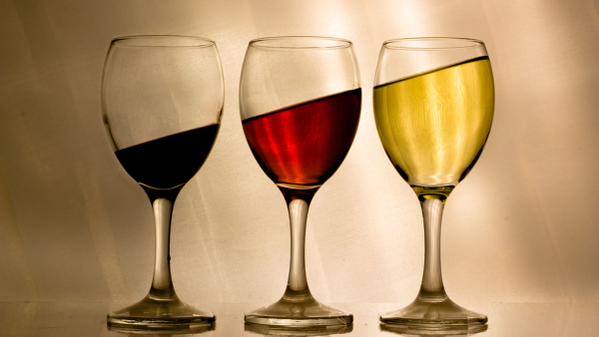 When Jessica Elm, a citizen of the Oneida Tribe of Indians of Wisconsin, was studying for her master’s degree in social work, she frequently heard about how genes were responsible for the high risk of alcoholism among American Indians. But her own family’s experience — and the research, she discovered — tells a very different story.

The “firewater” fairytale that Elm came to know all too well goes like this: Europeans introduced Native Americans to alcohol, which they were genetically unprepared to handle. That happenstance led to alcoholism rates that are around twice as high as those seen in whites — and alcohol-related death rates, which are at least tripled. In this view, colonization didn’t make conquered people susceptible to heavy drinking — genes did.

Addiction is often described as an equal opportunity disease. It isn’t: while anyone can become addicted under certain conditions, like most bullies, addiction prefers to hit people who are already hurting. The more trauma and social exclusion a child experiences, the greater the addiction risk. This creates a vicious cycle: addiction itself becomes a reason for even more rejection, prejudice, and maltreatment.

Perhaps nowhere is this clearer than in the shameful collection of stereotypes and stigmas surrounding alcoholism among American Indians. “Firewater” myths come from the racist ideology that fueled colonialism; they can be seen, for example, in a letter Thomas Jefferson wrote to a chief who led a native movement for abstinence. Jefferson argues that whites have only “sold what individuals wish to buy” and that “spirituous liquors are not in themselves bad … But as you find that your people cannot refrain from an ill use of them, I greatly applaud your resolution not to use them at all.”

The apogee of victim-blaming, the idea that genetic “inferiority” causes native peoples to be particularly susceptible to addiction was not falsifiable when it was initially spread. But even now that it has been disproven, the myth obscures the real causes of addiction and the starring roles that trauma and the multiple stresses of inequality can play in creating it.

“It’s easier to pathologize people than it is to think critically,” says Elm, now a PhD student at the University of Washington who studies how the health of Native Americans is affected by stress and generations of traumatic experience.

In fact, there’s no evidence that Native Americans are more biologically susceptible to substance use disorders than any other group, says Joseph Gone, associate professor of psychology at the University of Michigan. American Indians don’t metabolize or react to alcohol differently than whites do, and they don’t have higher prevalence of any known risk genes.

Rates of all types of addiction — not just alcohol — are elevated in aboriginal peoples around the world, not only in America. It’s unlikely that these scattered groups randomly happen to share more vulnerability genes for addiction than any other similarly dispersed people. But what they clearly do have in common is an ongoing multi-generational experience of trauma.

The link between trauma and addiction is not in dispute — and the earlier the trauma, the worse the risk of addiction becomes. Whether it’s losing a parent young, being emotionally, physically, or sexually violated, experiencing a natural or man-made disaster or witnessing violence, the risks add up. For example, one study of nearly 10,000 people found that those with four or more of these types of “adverse childhood experiences” (ACEs) have a risk of alcoholism that is seven times greater than those with none. Similarly, boys who have four or more ACEs are nearly five times more likely to inject drugs than those with none.

American Indians are also much more likely than whites to have their families broken up by the state, which can propel trauma down the generations. Among older Indians, thousands were torn away from their parents and sent to abusive boarding schools whose explicit goal was cultural genocide: “Kill the Indian to save the man.” In these schools, children were forbidden from using their own language and even their own names. Today, a full quarter of Native Americans either have personal boarding school experience or were adopted by whites — meaning they were separated from their parents and, often, from their tribe early in life, according to Elm.

Other evidence also shows that the introduction to alcohol by whites wasn’t itself the cause of Indian drinking problems. Take, for instance, the historical case of one island tribe in Canada, cited by psychologist Bruce Alexander, the author of The Globalization of Addiction. The colonists who took over the island opposed drinking, so they didn’t introduce alcohol. Its geographical isolation actually allowed successful prohibition. But this didn’t prevent addiction-related destruction and despair. “Gambling became a problem,” Alexander says, noting that the pastime had mainly been harmless before the colonists arrived. 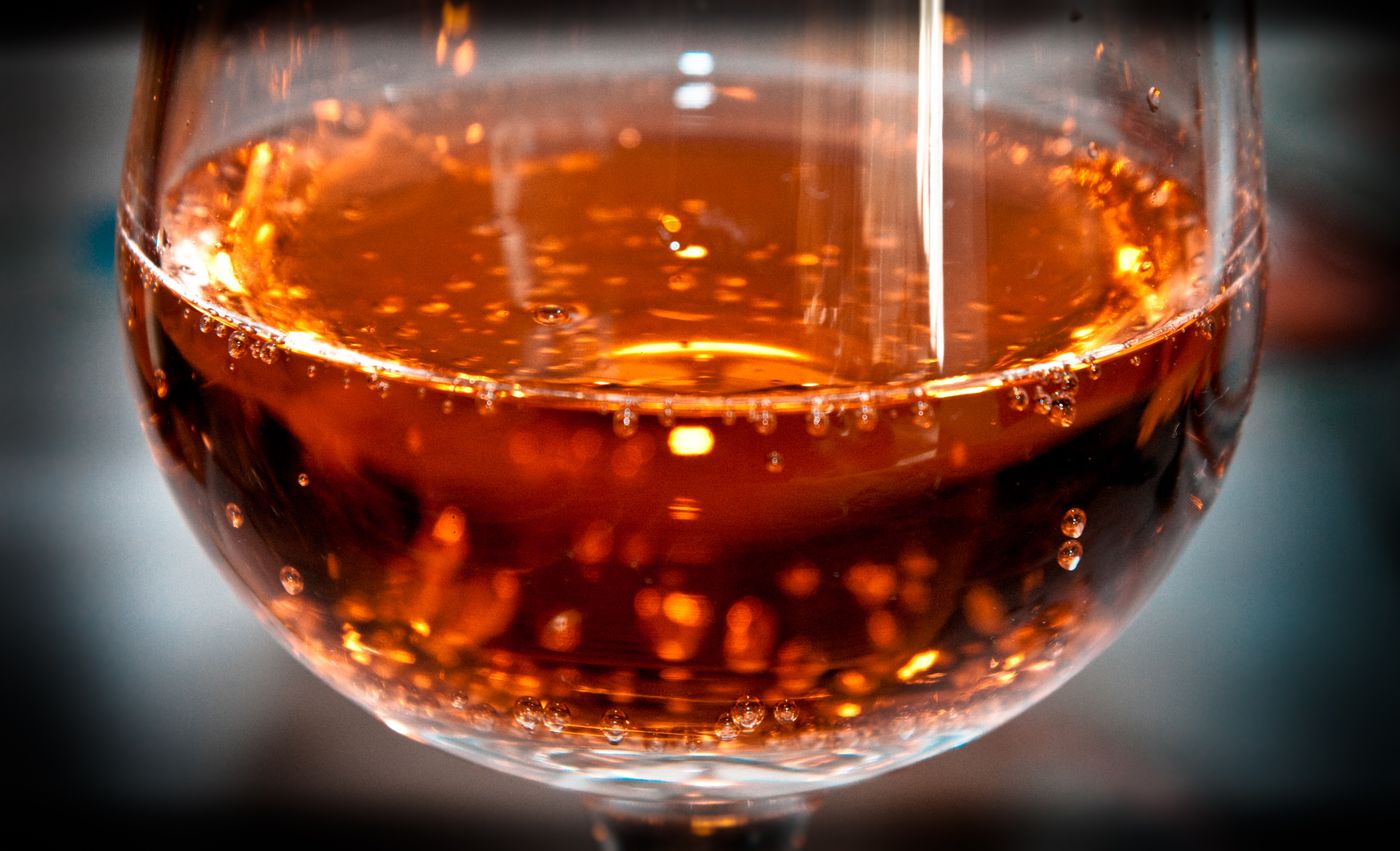 Alexander is best known for his research showing that an enriched social and physical environment for rats (“Rat Park”) dramatically reduced their risk of becoming addicted to morphine. When rats were kept in bare cages — the rodent equivalent of a life of solitary confinement — they readily lapped up solutions that contained morphine. But when they had toys, companions, mates, and room to run, even if they were first made physically dependent and taught that the drink would relieve withdrawal symptoms, they took far less than the isolated, caged rats did. Other rat research also shows that social stress — like being beaten in a fight by a dominant rat — doubles addiction risk for the defeated animal.

In humans, low socioeconomic status raises addiction risk even further. The media has recently focused relentlessly on the rise in middle class heroin and prescription drug addiction. But, in fact, heroin addiction rates are highest among the poor: the addiction rate for those making less than $20,000 annually is triple that for those who make $50,000 or more.

In a state level study of prescription opioids, local poverty rates and levels of unemployment rose in tandem with drug problems: higher unemployment and more poverty were linked with higher rates of painkiller misuse, according to a 2009 study in the Journal of Addictive Disorders. The same relationship holds true for low levels of education: people with less than a high school education are at much greater risk than those with college degrees.

Unemployment, too, is linked with a doubling of addiction risk. That could be because people who are addicted are more likely to lose their jobs. However, studies that follow people over time show that unemployment itself, particularly long term, also increases drug consumption and addiction.

In Indian country, every single one of these stressors is elevated. Over a quarter of Native Americans live in poverty, and the unemployment rate is double that for the rest of the population. Research, in fact, links childhood adversity not just to addictions and other mental illnesses, but also to physical disease — including major killers like heart disease, stroke, and diabetes. Chronic stress matters because elevated levels of stress hormones can suppress the immune system and even damage brain cells. These effects are writ large among Native Americans. Diabetes rates are doubled; liver disease is quintupled. Suicide rates are high. Indeed, the prevalence of major health problems is so high that on average, American Indians have their life expectancy cut by four years compared to whites.

“Any kind of stressor affects your physiology,” says Elm. “I’m from a Midwest tribe. For me personally, my aunt and uncle and mom — almost all of my [relatives] have some sort of early life diagnosis of disease. A lot of my cousins [have] lupus. There’s a lot of auto immune disorders and diabetes.”

To make matters worse, severe stress doesn’t just affect one generation: it is passed down, both socially — affecting parenting — and physiologically, by actually changing how children’s genes are read, which can alter both brain and body, a phenomenon known as epigenetics. Research on children of Holocaust survivors, for example, shows changes in reading instructions for genes related to stress.

In Elm’s case, her grandmother lost both of her parents very early in life — and she was left to raise her siblings, some of whom were taken from her and sent to Indian boarding schools. “I think the parents’ grief and the children’s grief was so tremendous,” Elm says of the pain of both the separation and the abuse inflicted by the schools. “The children who went there never had parent role models,” she adds, “They didn’t know how to parent, even when they did their best.”

Some researchers who study native health talk about such “historical trauma” as a major reason for lingering disparities. The University of Michigan’s Gone, however, dislikes the term. “It pulls the eye away from present and settles it on the past,” he says. Spotlighting horrors like Wounded Knee allows people to overlook the conditions of native communities today. It can also imply hopelessness about the future, emphasizing permanent damage, not the chance of recovery.

Gone cites a study published in 2010 in the Journal of the American Medical Association that clearly shows how much of a difference simply having more money can make. It followed a group of Cherokees who were part of a large research project on the development of addictions and other psychiatric disorders in rural and urban youth. Three years into the project, the families of the Indian children — but not those of other races — were given, on average, yearly payments of $9,000 as part of a deal for a casino on their reservation.

That relatively small amount of money had a big impact. The younger a child was when their parents started receiving the money, the better they did and perhaps also importantly, parents’ employment rates also increased. For example, 35 percent of those who were 16 when the parents began receiving payments developed problems with alcohol or other drugs — but only 23 percent of those who were 12 did. The 12-year-olds were the youngest studied, but other research suggests that younger kids might do even better.

When compared to white participants whose families didn’t get payment — rather than to each other by age — the Cherokees also did better. Addiction rates were reduced by about one-third, in Indians compared to whites. Obviously, all of the Indians in the study had suffered significant “historical trauma” — but that didn’t prevent them from being helped simply by becoming less poor.

Elm also points to projects that help Indians reconnect with their culture and traditions as a route to healing. She herself is learning her native language. “It’s really helpful,” she says, noting that the values of her people are embedded in its tongue and that the classes themselves connect her not only to her history, but to other members of the tribe in her class. Other researchers are studying how learning traditional drumming can help heal addiction and trauma.

If we want to prevent addiction and aid recovery, we need to focus more on stress, trauma, and poverty — things we can change — than on genes and history, which we cannot.

Co-published with The Verge.