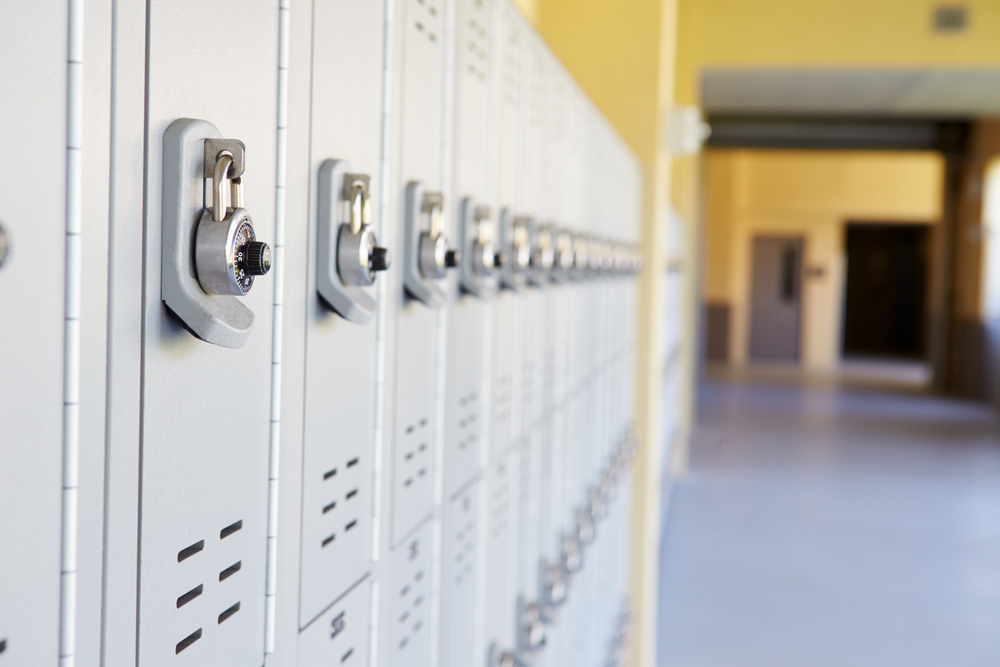 Many urban systems are so confusing—and so unequal—that some parents are hiring private experts to help them figure out where to send their kids.

“This school would be more of a safety,” Joyce Szuflita explained to the parents. She gestured at the colored paper handouts fanned out between them, and then pointed at another zoned school on a different sheet. “That’s a curated class of parents because they chose to move into the zone of the school that they wanted,” said Szuflita. “So, you don’t have to have G&T if you have that,” she added, referring to gifted-and-talented programs.

It was early morning at a diner in Brooklyn’s South Slope neighborhood, and the couple had contacted Szuflita for advice. The couple—an academic and a public-health researcher—was moving from Cambridge, Massachusetts, to New York City and was nervous about the schooling of their two-year-old and their not-yet-born child. They knew that securing a spot in one of the borough’s handful of coveted high-performing elementary schools was notoriously difficult.

Szuflita, a cheery, graying blonde woman of 56, wore a necklace of heavy, brightly colored beads, provided soothing information and swift judgments, and directed the couple through the city’s byzantine public system with precision. There were so many questions at sessions like these: zoned or lottery admissions? Regular public or charters? Which schools have families like yours? Which ones have room for kids who live in another zone? What’s most effective in getting a child off a waiting list and into a seat? These parents, as well as those I had observed during one of Szuflita’s frequent public speeches, hung on her answers as if she were a cult leader.

Szuflita is a public-school consultant. Her clientele consists mostly of college-educated professionals who are trying to balance their hopes for their children with the challenges of raising a family in one of the country’s most expensive cities. (She also consults on private schools.) A meeting like the one I observed in a Park Slope diner over iced coffee, hash browns, and a small pile of district maps can cost $400 to $550. (Fifteen minutes on the phone with her is $50.)

Upper-middle-class New York City parents appear willing to seek out consultancy services, and spend a good amount of money in the process. While the costs are substantial, they pale in comparison to the $40,000 a year that a private school might require. As one well-off Brooklyn mother who has used Szuflita’s services noted, “It’s cheaper than private school.”

The people who hire her or consultants like her in New York, Chicago, San Francisco, and other major American cities are sometimes applying to private schools, but more often than not are upper-middle-class parents, like the couple whose session I witnessed, who want to put their children into the best possible public-school district. These consultants thrive in cities where anxious parents feel they have nowhere to turn for answers and guidance.

One such consultant in L.A. encourages parents to gather a “minimum of 4 or more friends” so she can “answer all your burning public-school questions (think semi-private consultation) in the comfort of your home or office … Make it fun with drinks and snacks. Westside, Eastside, The Valley, Hollywood, and spreading.”

That consultants­ for public schools exist at all is a testament to a bewildering system, increasingly divided by race and class, that can hold not just obvious inequalities, but hidden ones too. Kindergarten admissions in New York City are mostly decided by zoning, plus a combination of lottery and choice. But popular schools can be difficult to get into: Class sizes have gone up, and some schools have waiting lists. Gifted-and-talented and specialized programs, such as dual-language classes, admit a small number of applicants. Finally, the difference in a “good” public school, where a PTA raises up to a million dollars a year, and a “normal” public school can be the existence of basics such as substitute teachers or even recess.

In New York City, the entire system is particularly racially and economically segregated, even more than the city itself—by some statistics, it is the most segregated school system in the U.S. A recent report out of UCLA found that in 19 of New York City’s 32 public-school districts, 10 percent or less of the students were white in 2010.

The parents that Szuflita meets with can be tense. “Sometimes, I am like a couples therapist,” she explains. “I am saying, ‘It is going to be fine.’ Or I remark to one member of the couple, ‘I hear you saying this,’ to get them on the same page. In sessions, I am mostly talking a blue streak to get at the complexity of it all.”

Sometimes, easing parents’ worries can even mean reminding them of their privilege. “As many as 28,000 kids will be taking the test for schools but most have never done prep,” she told a crowd of parents who, despite a snowstorm, had gathered in Brooklyn last winter to hear about high-school admissions, many wearing heavy, knit sweaters and fashionably worn jeans. “They think they are smart but they walk out halfway through. They are not all your kids, who are beautifully prepped!”

When I talked to Szuflita a week after I sat in on her meeting in the diner in Brooklyn, she told me how she got into educational consulting. It was one of those New York stories where one neighbor’s unhappiness becomes another neighbor’s happy accident. Fellow parents in her building at the time talked incessantly about admissions, she recalls. Worried mothers frequently asked her for (unpaid) advice about their children’s education, given that her own children, who just graduated college, went through the New York public-school system themselves. Given that she found regular work as a set designer, she kept providing free guidance. But around 2007, “a light went off,” she says, and she saw the opportunity for a business.

Now, advising is her main source of income. She meets her clients at their homes or in cafés, from 8 in the morning until 6:30 in the evening. Over the last seven years, she says she has had more than 2,000 individual clients and thousands of others have attended her talks. “I see myself as a translator and guide, when my families want to go off-road,” she explains. “They are not doing anything illegal. I am simply the one telling you take this exit and take this left at the tree.”

As an expert, she knows things that overwhelmed parents would never have time to deduce. Often elementary schools don’t feed into nearby middle schools, she noted, and she has warned her clients of zone-boundary gerrymandering before word of the changes hit local papers. One of the best metrics, she says, is a school’s attendance rates: High absenteeism, around and above 30 percent, say, suggests parents are not minding their children’s education—but extremely low absenteeism means driven parents are sending their children to school with strep so they can go to work.

As I talked to Szuflita and her clients, I couldn’t help but wonder: Who was going to give this information to those who can’t afford it? What about the kids for whom a great or a failing school will be the difference between a successful life and an economically and
intellectually deprived one? I had reported on some of these economically struggling families—American parents who were caregivers, who were retail workers—and I knew how little they knew (and were told) about test dates, application days, and the relative benefits of various public schools for their children. Where could those parents turn?

“My work is about keeping the middle-class and upper-middle class in the public schools,” she told me on the phone in October, her “crazy” school application month. She was implying that by at least allaying concerns about admissions, she and others like her are helping retain families who might otherwise leave the public-school system entirely. Studies have found that there are benefits to public schools when they are more socioeconomically diverse, and in a city where the top 5 percent earn close to $900,000 a year, or 88 times the median household income of the bottom 20 percent, keeping some wealthier families in public schools could be considered a political act. (Although, the schools where wealthier families end up tend to be the least economically diverse, and the most buoyed by parental giving.)

On the surface, public schools can seem egalitarian, especially with their websites’ emphasis on words such as “connection,” “community,” and “choice.” Yet despite this democratic vocabulary, money makes a big difference. The list of costly services that supplement some children’s public education is growing longer, and now includes consultants, tutors, and test prep. That’s in addition to the homework help some stay-at-home parents can afford to provide.

Szuflita acknowledges the problem. “I am consulting with families who can afford me,” she said. “I am well aware that there are people who can’t [afford to] use my service but I am also trying to put food on our table. So I serve families like me.” Daniel Janzen, a client of Szuflita’s, spoke of her glowingly, but mentioned a similar concern: “We are looking for premiere schools, but why isn’t every public school great or a top choice?

Alissa Quart is a journalist and Co-editor of EHRP. She recently published her first book of poems, “Monetized,” and it’s about money, aging, motherhood, work, the Internet, the eighties, nostalgia, journalism, and New York.

Co-Published with The Atlantic.