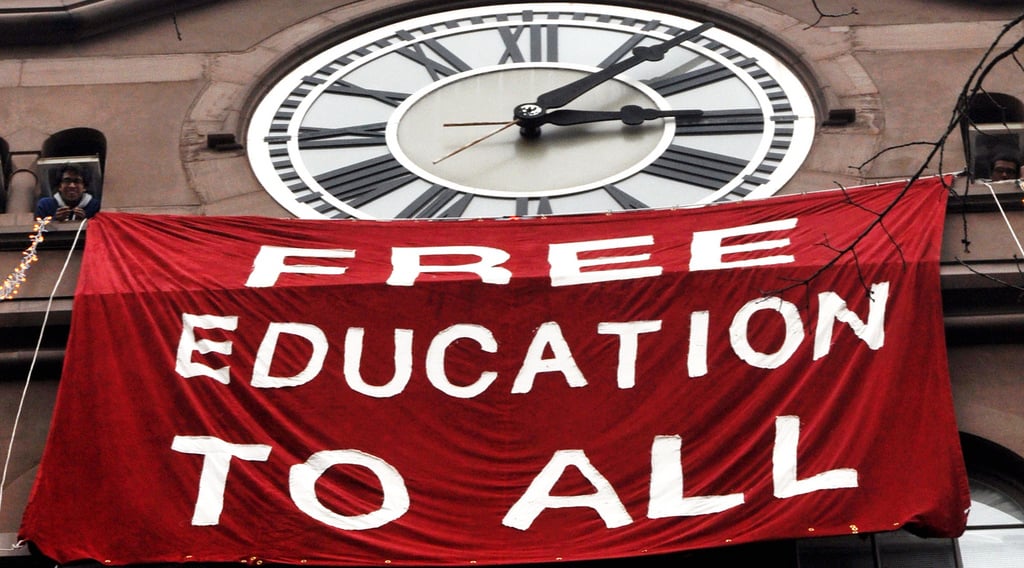 Sometime in 2008, I got a phone call informing me I had defaulted on my student loans. I had thought I was in a deferment period, but I had moved several times, and I wasn’t receiving the letters in the mail telling me my payments were past due. Seriously past due. As a consequence of the default, 19 percent was added to my principal. A debt that had once seemed merely enormous now appeared astronomical. I felt guilty: This was the punishment I deserved for having done wrong, for having failed to live up to my obligations.

Today, the average indebted new college graduate owes almost $35,000, compared to $23,000 back in 2008. They may be more indebted, but I hope they feel less isolated. After all, the upside of skyrocketing student debt is that Americans are finally admitting that this is a crisis—one that impacts millions.

President Obama acknowledged as much last night, during his final State of the Union address. “We have to make college affordable for every American,” he said. “No hardworking student should be stuck in the red.” He said that his administration had reduced student loan payments through income-based repayment programs, but also that the cost of college simply needs to be cut. He reiterated his commitment to making two years of community college free. “It’s the right thing to do,” he said.

Back when I defaulted, these weren’t issues commonly addressed by politicians or discussed in the news. As a result, I had no idea just how badly the decks are stacked against student debtors. I didn’t know, for example, that the 19 percent added to my balance reflected so-called “collection costs and fees” arbitrarily determined by the lender. I had no clue that, in some states, defaulters can lose their professional certifications and driver’s licenses—professional certifications they probably went into debt to get, and driver’s licenses they need to get to work so they can pay back their loans. Nor did I know that, unlike most other kinds of debt, student loans were not dischargeable in bankruptcy; you can get out from under your credit card bills, but student loans will follow you to the grave. More fundamentally, I didn’t know anything about the way higher education is financed in this country, that tuition has come to replace state subsidies, and that the price of a year of college has increased by more than 1,200 percent over the past three decades.

Too often, even now, college graduates are told it’s their fault if they have a hard time making monthly loan payments: They studied the wrong subjects or chose the wrong school. And sure, I was a stereotypical white middle-class student who pursued an impractical degree. (Perhaps I should have studied compound interest along with critical theory.) But the reality is that student debt is not a problem only for the privileged. The poorest people end up paying and owing the most under the current system, and student debt disproportionately weighs down people of color. Over half of young black households have student debt, compared to 39 percent of their white counterparts.

Given how serious the problem is, it’s about time it got national attention. Not only is Obama talking about student debt, the Democrats are trying to make it a campaign issue—something that distinguishes them from the Republicans and can lure young voters to their side. Hillary Clinton promises to stem rising education costs and reduce interest rates on new and existing student loans. Bernie Sanders’s platform—which, I confess, I much prefer—is more direct. It calls for all public colleges and universities to be tuition-free, which is how many other industrialized democracies, such as Slovenia and Denmark, already do things. What do the Republicans propose? Marco Rubio has suggested letting investors foot individuals’ college bills in return for a share of their future income. And Donald Trump, of course, founded a for-profit college named after himself.

Most of these politicians likely wouldn’t even be talking about student debt if activists hadn’t spent years fighting to raise public awareness on the issue. In 2012, a small group with roots in Occupy Wall Street organized what they called 1T Day, to call attention to the moment student debt surpassed $1 trillion nationally. That number has since ballooned to $1.3 trillion and is expected to increase to a mind-boggling $2 trillion around 2022.

Raising awareness, though, is not enough. Debtors need to push elected officials to actually act, and they need to get creative about it. Last year, working with some of the folks who planned 1T Day, I helped organize the first-ever student debt strike in the U.S. Fifteen people who had been defrauded by a predatory for-profit college chain banded together to refuse to pay their student loans. Soon, their ranks swelled to more than 200, and they were supported by thousands of others who participated in the campaign in other ways. Under pressure from the strike, the Department of Education promised in June to provide relief to defrauded students, though it has delayed the process and set up unnecessary obstacles to relief. (If the Obama administration is serious about addressing the issue this year, forgiving the loans of people scammed by for-profit schools on the Education Department’s watch would be a good place to start, and it has the legal authority to do so.)

When I defaulted in 2008, I felt ashamed. Today, I think debtors should feel outraged. It is perverse to force students into a lifetime of debt just to get the schooling they are endlessly told is necessary. So here’s my education proposal: How about full-scale student-debt cancellation, and the option of public, tuition-free higher education for everyone who wants to attend college?

Education would then be free—free as in free of cost, but also free as in enhancing freedom. We would no longer need to judge the value of a degree by whether or not a person can pay off the debt he or she went into to get it; knowledge could be liberated from the pressure of earning a return on investment. There are many sound economic arguments for reducing student debt and reversing the college-cost spiral in which we are currently stuck. (For example, according to experts at the New York Federal Reserve, student debt is holding back the economy, since young people are paying back their loans instead of buying homes or starting families.)

But the most compelling reason I can find to change course is this: If college didn’t cost a fortune, everyone, not just the privileged, could afford to learn for learning’s sake.