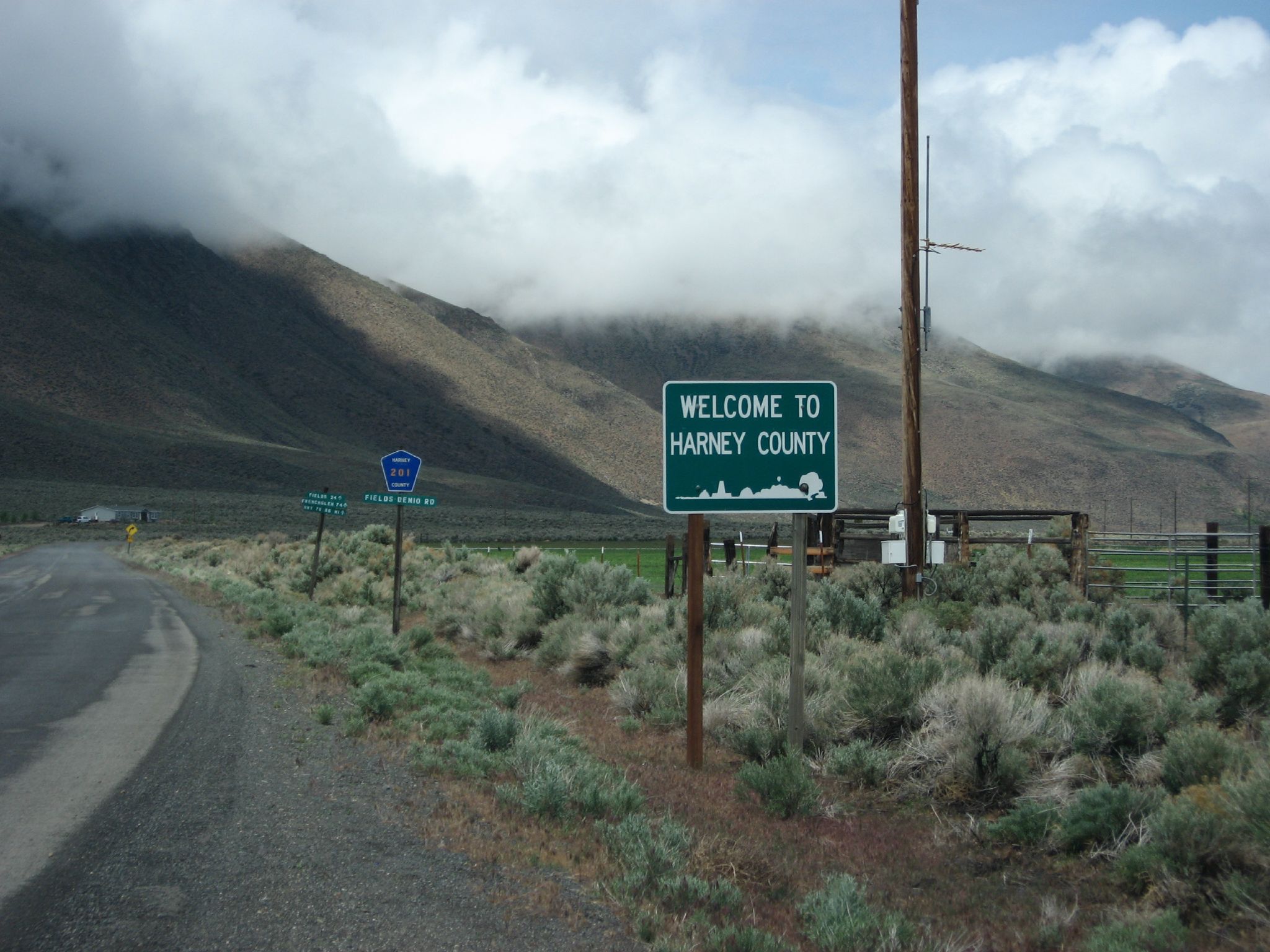 The Darkness in Burns, Oregon

The far-flung high-desert town of Burns, Oregon, is not, strictly speaking, where followers of Ammon and Ryan Bundy took over a federal building and plotted the overthrow of the American government — that’s 30 flat and lonely miles south. Still, Burns is out there, in the middle of nowhere. Though it’s well within the Pacific Northwest’s boundaries, Harney County has little in common with hip, laid-back Portland, where I live. The last marijuana dispensary is in Bend, 130 miles away. As the distance to the Idaho border shrinks, the roadside snow gets deeper, and the people get whiter.

On January 2nd, a few dozen folks calling themselves Citizens for Constitutional Freedom holed up at the Malheur National Wildlife Refuge. The Bureau of Land Management, the longtime nemesis of the conservative West, manages much of the county, and its sister agency, the U.S. Fish and Wildlife Service, is in charge of the nature preserve — home to Native American artifacts and endangered plants and animals. The occupation was purportedly started to support jailed Harney County ranchers Dwight and Steven Hammond, who are now imprisoned in California for illegally burning government land. The occupiers invited comrades from across the country to join their festival of militarized religious fervor and heavy weaponry.

Harney County measures a little over 10,000 square miles and has about 7,000 residents. It feels like a small place, but the armed takeover has caused a palpable ripple effect. With the ubiquitous presence of law enforcement, endless public meetings about the occupation and the whole country watching, Burns, the nearest town of any considerable size, finds itself converted into an ideological proving ground. Poverty here stands at 18.6 percent. Thirty years ago, the place had seven timber mills; today it has none. The county’s hard tilt from timber to ranching brings local sentiment sufficiently in line with the anti-government Bundys.

Here is my dilemma: American populist rebellion turns me on. Straight Outta Compton — the revolutionary 1988 cassette tape, not the slick cinematic hagiography — blew my mind. I covered Redwood Summer and turned up on day one of Occupy San Francisco. Anarchy is like dope to me. So I’m naturally drawn to Harney County.

On the other hand, the ignorant white motherfuckers at the wildlife refuge seem crazier than cat shit.

Read the Full Article by Donnell Alexander on Rolling Stone