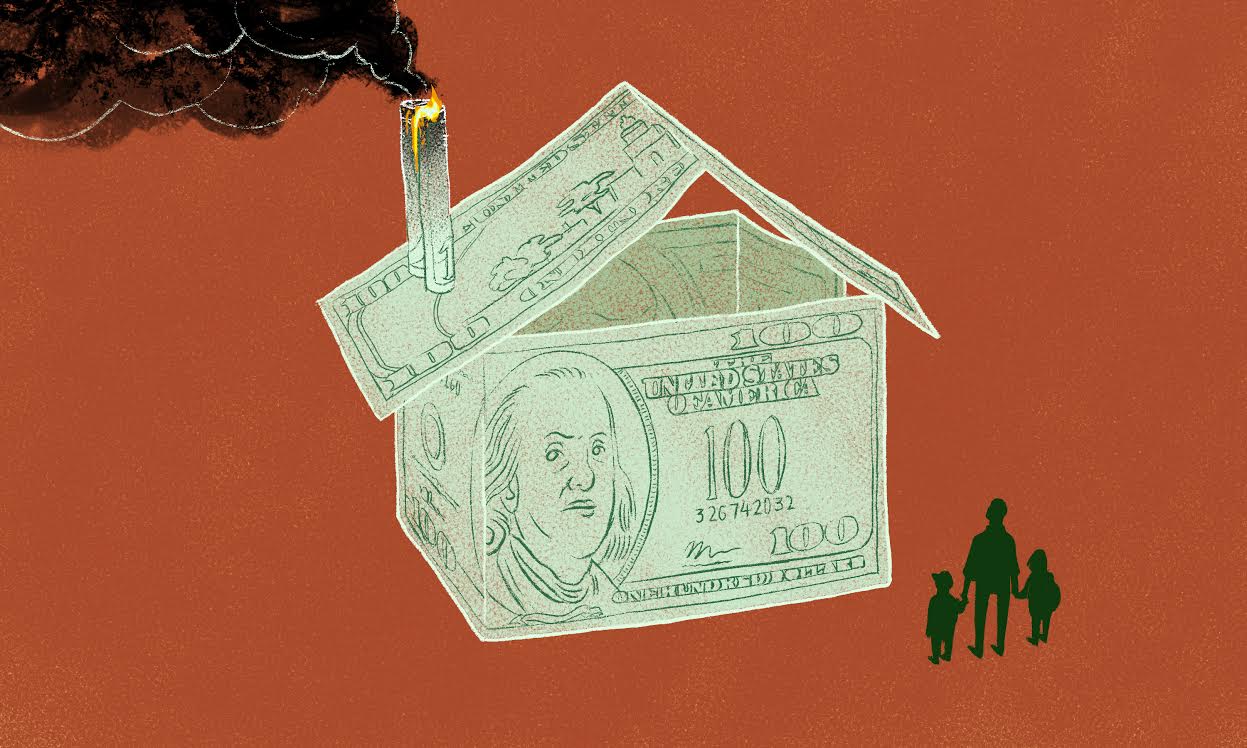 I Love My Children and I Owe Them So Much Money

“This year could be the one in which I make $25,000,” I wrote, last fall, in the addendum to my California Child Support Income and Expense Declaration form. “I am a freelance writer and my salary can fluctuate wildly. However, from 2009 to 2014 I consistently earned less than $10,000.”

This is so not the fatherhood I’d imagined as a male raised by a sometimes super-poor single mother or, for that matter, as a regular, paycheck-to-paycheck father, which I was for more than a dozen years—in home and across town. Where I went wrong was assuming victory, career-wise. A couple of corporations gave me a little dough and I celebrated like the overly-confident football player you see streaking through a highlight. Then I fumbled, with three kids and daylight in front of me.

My 1.45 high school GPA makes plain why I thought I’d scored. In the mid-1980s, I trained to be a reporter at Sacramento City College. The campus newspaper office was a concrete box between the auto shop and the typesetting program. A broke 19-year-old about a year out of small-town Ohio, I let myself own the dream of a lifetime—a daily newspaper job in the capital of California—while banging out stories on a Brother typewriter that my mom bought at K-Mart. Journalism was a vocation that, just beyond a neighborhood engulfed in smoked cocaine vapors, held me firm and opened up everything.

Today, I’m not quite 50. My work has been in Time magazine and on Sundance screens, I’ve told my stories live on East Coast and West Coast stages, and I possess barely enough cash to cover the coffee in the Portland cafes where I ply the words-for-pay hustle. My core industry is rebuilding from a financial tsunami, and I don’t live in a major media market. I try to remember what Baldwin said in the July, 1968 issue of Look! magazine, considering the pioneering work of young Sydney Poitier. “All careers, if they are real careers—and there are not as many of these occurring as one might like to think—are stormy and dangerous, with turning points as swift and dangerous as hairbreadth turns on mountain roads,” he wrote.

Stormy and dangerous. On a good day, as things now stand, there’s bus fare. My practical assets are one true-believer girlfriend, a literary agent who’s “confident” I can give her something great, and just enough social media and writing gigs to keep the wolves at bay.

This moment’s wolf, if I may be crass, is thousands of dollars in delinquent financial support for my children—two boys from a nine-year marriage that ended in 2004 and one fantastic daughter from a subsequent relationship with a casual acquaintance. I love all of my offspring madly and I owe each of them money.

So, so much money.

Read the full article on Jezebel.

Donnell Alexander is a creator of cultural content based in Portland, Oregon.