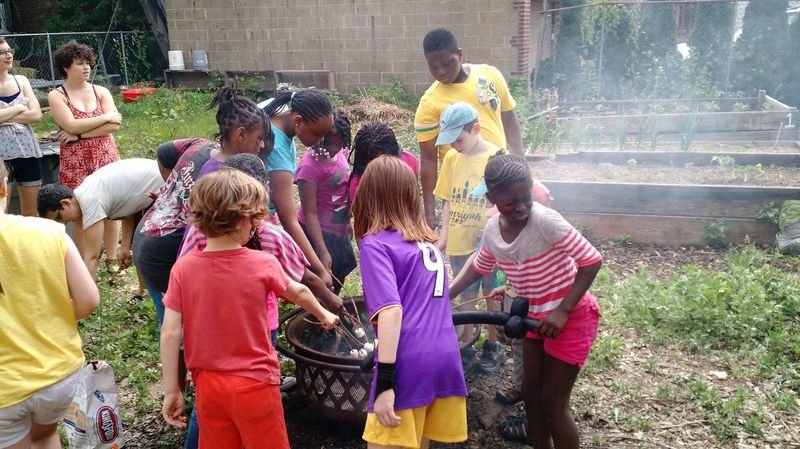 In the fast moving world of Brooklyn real estate, for some it feels more like the Wild West – developers and investors looking to cash in on the gold rush don’t always play by the rules.

Meet Tia Strother, she’s a young mother whose family has been living in Bedford-Stuyvesant for five generations. Tia tells us how horrifying it was to learn that her 90-year-old great grandmother was convinced to sign away the family home to a speculator. She did so for no money and with no lawyer present. Now the family is fighting to hang on to the house.

And we visit Prospect Lefferts-Gardens to get the story of a vacant lot at 237 Maple Street. Neighbors – new and old – have spent the last five years transforming this one small piece of Brooklyn from a dumping ground to a thriving community garden. They put together a composting program and arranged visits for kids at a local pre-school; there were summer BBQs and weed picking parties. But all of that came to a halt one day in 2014 when Joseph and Michael Makhani showed up, claiming to own the lot. The only problem: their deed might be fraudulent. Now they are in court, battling it out with the gardeners, trying to establish their ownership of the property in order to build a five-story luxury apartment building. The gardeners and their lawyer have a plan to beat the Makhanis, but the cost of such a victory might be too high.