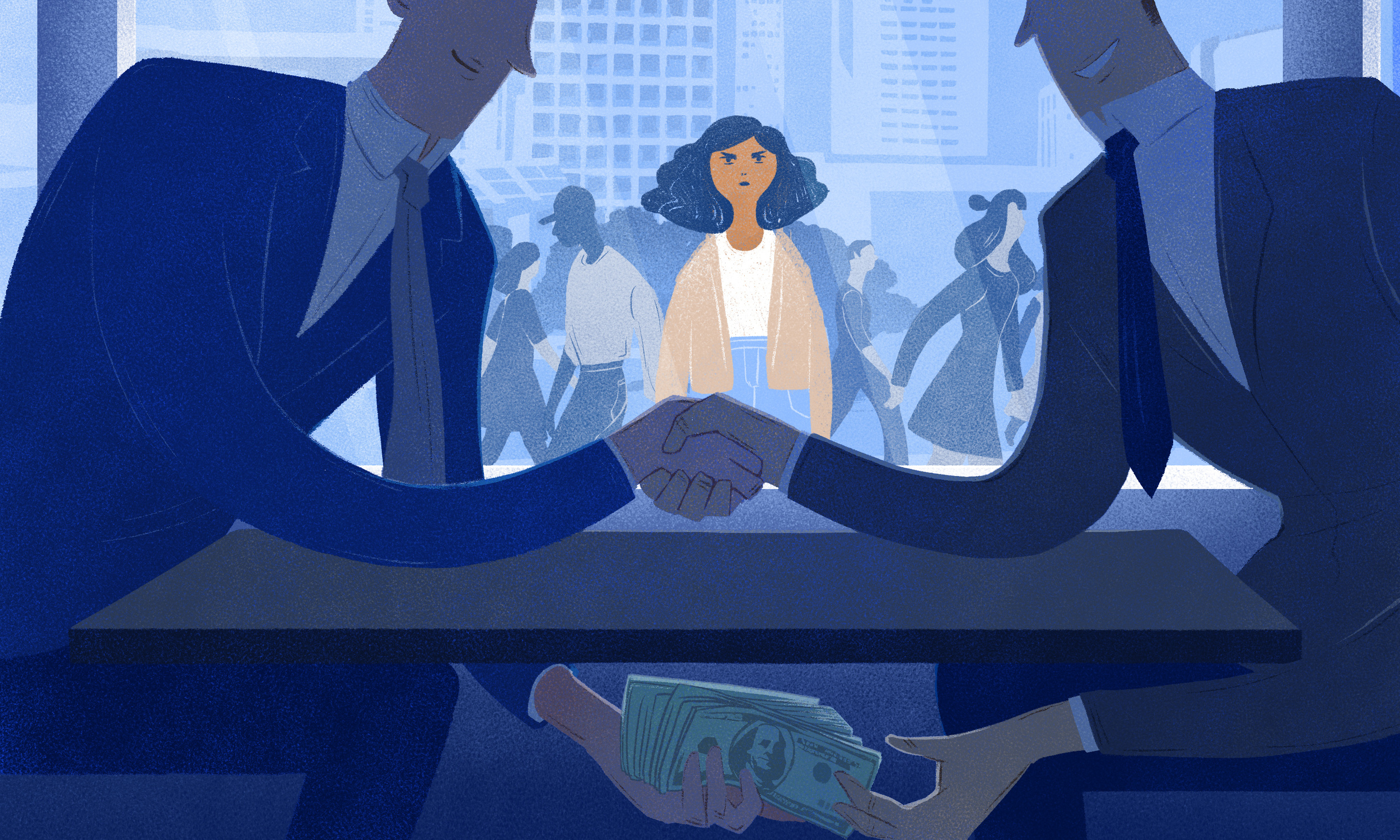 Who Gets to Break the Rules in America?

In the office there was a dry-erase board with each of our names. We had a 6:00 p.m. curfew, and every day at 5:59 the countdown began. All the kids in the living room counted backwards from sixty, staring at the door. At 5:59 and 45 seconds some young gangster would always come running in, make a dash to the dry-erase board, and place a check by his name.

I never went anywhere, so I sat on the arm of the couch by the door and counted down with everyone else. I was used to measuring my time precisely. I got up quick, at the first peep of sun, to silence the hammering of my alarm clock. I showered beside the ticking time bomb of an egg timer. I got dressed. I did my chores.

Foster care, two weeks—that’s all I thought I was signed up for. But I wound up living in group homes and various foster placements throughout Los Angeles for the next four years. I call this portion of my adolescence The Time of The Rules. There were rules before, but these rules were more specific:

2. Have room clean and ready for inspection by 8 a.m.

3. Treat others with respect

4. Do not use bad language, race talk, sex talk, or “mother talk”

5. No gang signs or actions allowed

Sometimes in the group homes there was a cool-ass staffer. That staffer would say something like, These are the rules. If you don’t like them you have two options. 1) Break them and accept the consequences. 2) Change them.

I met a bunch of kids who chose option 3: break them and get away with it. Boys filled sandwich bags with my clean pee, put the bag in a rubber dog toy called the Kong, and ran a long catheter through the Kong and down their pants. When the staff looked in on them and watched them piss, no one was the wiser.

I’m not sure if it’s naiveté or optimism that made me obsessed with the Rules, and then later with changing them. I’m not sure why I rarely tried for option 3. It’s likely that I knew I was never cut out for that, or born into a place where I could learn to be. I learned later that the wealthy, Wall Street, the banks—they all get to break the rules. But us, the poor, the people of color—we don’t. It’s only your proximity to privilege and power that opens the escape hatch of option 3. You can break the rules and get away with it, but only if you’re rich.

Four years ago, for example, I was a field coordinator on a campaign around bank-owned blighted homes in Los Angeles. What can I say about the neighborhoods where these homes were found? There were shattered street lamps, tennis shoes dangling on telephone wires, CRIPS FOR LIFE sprayed on the drywall. Vacant lots with rusty car parts, skinny girls with wobbly legs, the salted air of French fries. People fought each other in the streets in front of the liquor store or out by the elementary schools, and dogs darted about hunting for food. Everyone, even the dogs, looking of hurt.

But in these places, it was banks that made the worst neighbors. If a family was evicted then the bank owned the house, and that’s when the real trouble moved in. The pimps dragged girls in off the street—dragged them into the bank’s empty houses and raped them. Here was a place for sex trafficking, drug dealing, squatting. Graffiti all over the walls. Inside the homes, amid the damp piles of empty food containers, bottles, used condoms, there was also homework, long division. There were pants and orphaned heels. There was a closet door with the names of girls and their phone numbers. Little nervous eyes peeped out from a window across the street. The residents didn’t call the police. The police came and went but the squatters were here to stay.

The residents had rules to protect them, theoretically. Councilmember Eric Garcetti, who later became the mayor, penned the “Foreclosure Registry Ordinance,” passed in May 2010. The ordinance stated that any bank-owned home that was a “blight” owed $1,000 to the city each day it remained in disrepair. But these rules were not enforced. Who would report these blighted homes? Who would collect the money? No one, even though this was much-needed revenue for the city. Why wasn’t anyone doing anything about it?

Working on the campaign, I thought back to the staffers’ advice in the group homes. I still believed in rules. I didn’t want people to break them. I didn’t like that the blight rule was not being enforced. I wanted to change that. I invited four councilmembers from nearby districts who were running for mayor on a tour of all the bank-owned homes in South L.A. I invited media too. Everyone got messed up about it. They were angry. They too were wondering why the rule wasn’t being enforced.

And then it happened. We got the bill updated. One of the councilmembers started a summer jobs program with the conservation corps, training kids to report on the blighted homes. I was so happy. Wiggling my butt and sticking my tongue out at the banks.

Read the full story on Jezebel.