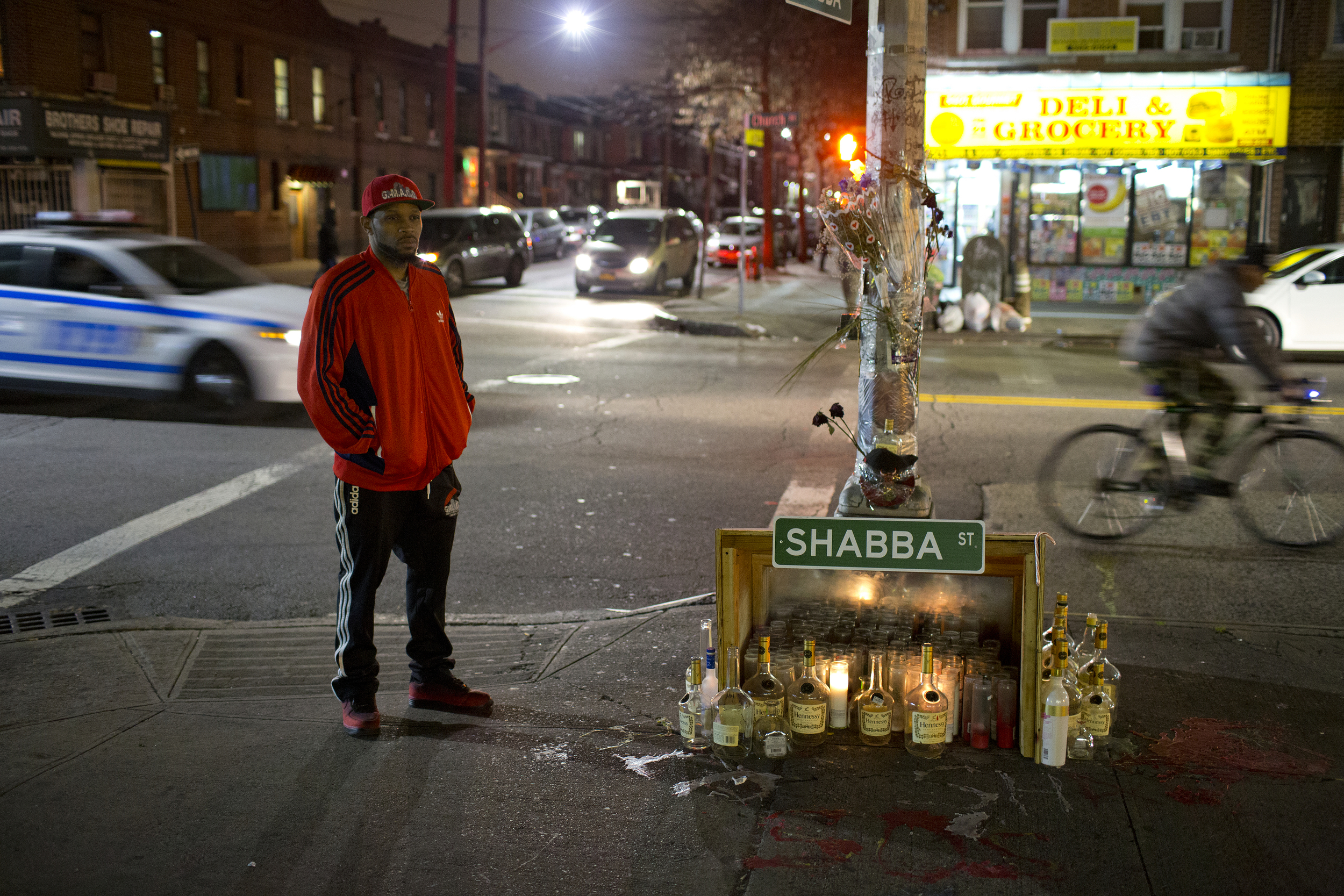 And There They Died

A photographer catalogs the makeshift memorials for the victims of New York City’s gun violence.

Their deaths are invisible, counted with makeshift memorials made out of cardboard, store-bought religious candles, and laminated photographs to survive the elements. Photojournalist Andrew Lichtenstein has been roaming New York City neighborhoods for the last six months, documenting material evidence of gun-related homicides, attempting to photograph each within 48 hours of the murder. Left on the street, the memorials don’t last for long; some are picked over, and others fade away into the detritus of sidewalk life. 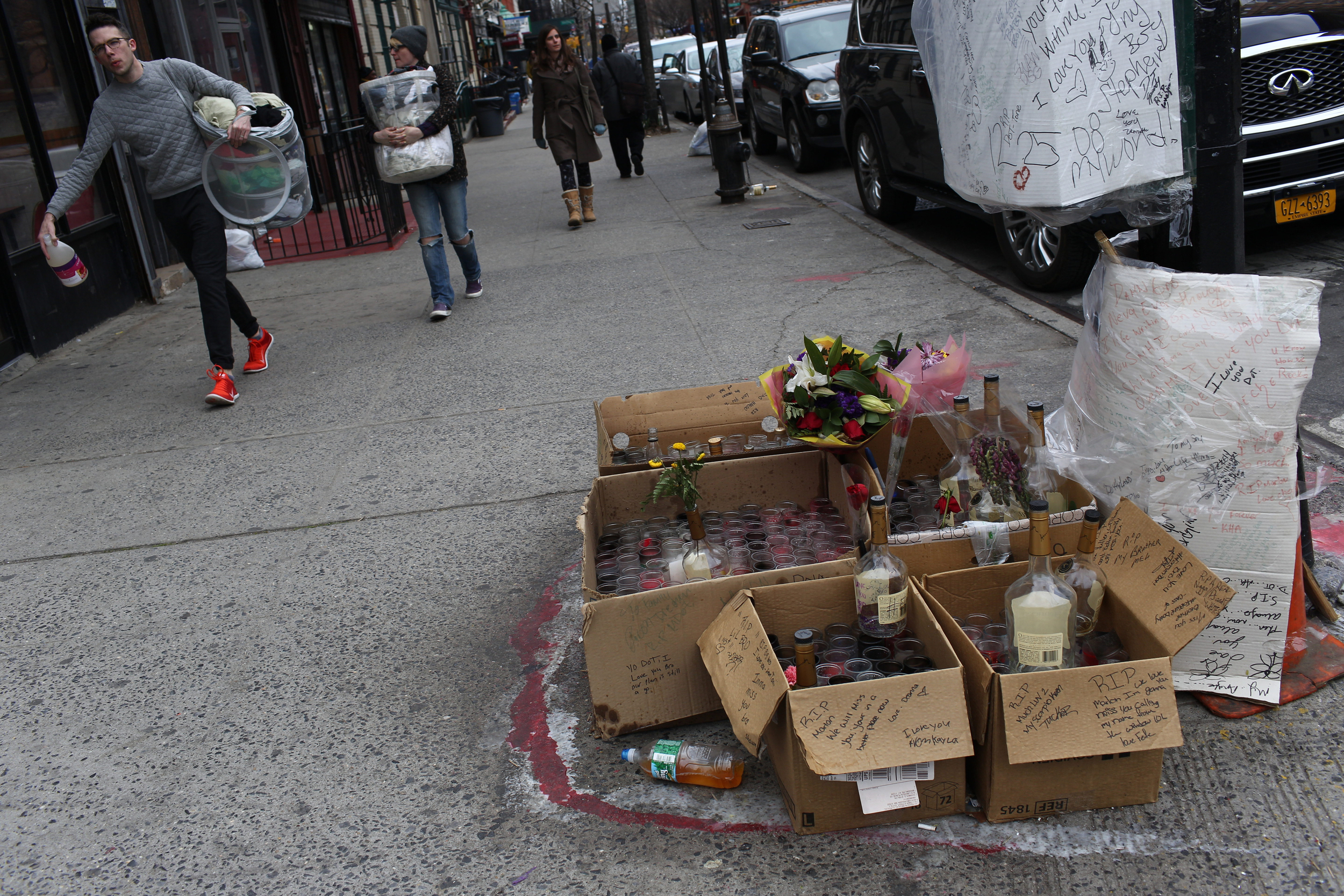 Once, Lichtenstein found four memorials on a single block in East Flatbush. This one, at the corner of Brooklyn’s 541 Lincoln Place, was for for Marlon Schuffler, a 22-year-old father of two who was fatally shot as he walked with friends in Crown Heights. The cardboard boxes are covered with messages, and also shelter dozens of candles from the wind. Passersby in these rapidly gentrifying neighborhoods glance quickly past the site of a fresh murder and loving notes left by grieving friends and family. 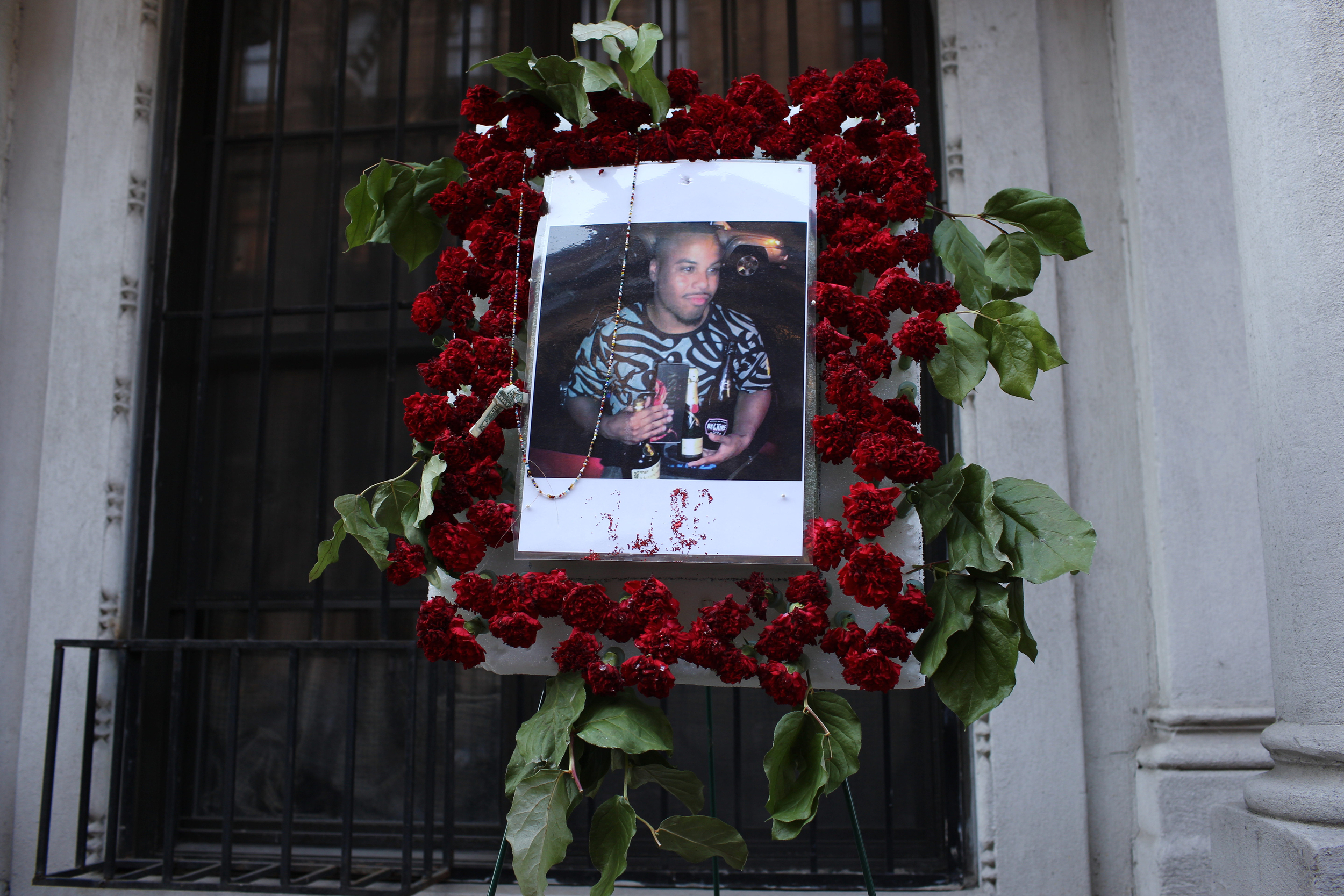 In Harlem, Lichtenstein found Jared Mitchell’s photograph ringed with fresh red carnations marking the spot where he was shot twice in the back after getting in an argument with a man carrying a handgun.

“I was reading how New York’s homicide rates were at an ‘historical low.’ I understand the political motivation behind the statement, especially with a mayor battling with the police and a perception of rising crime rates, but what difference does a statistic make to the friends and family of the dead?” says Lichtenstein. Most recently, the New York Police Department admitted an increase of more than 20 percent of gun related homicides in the city. 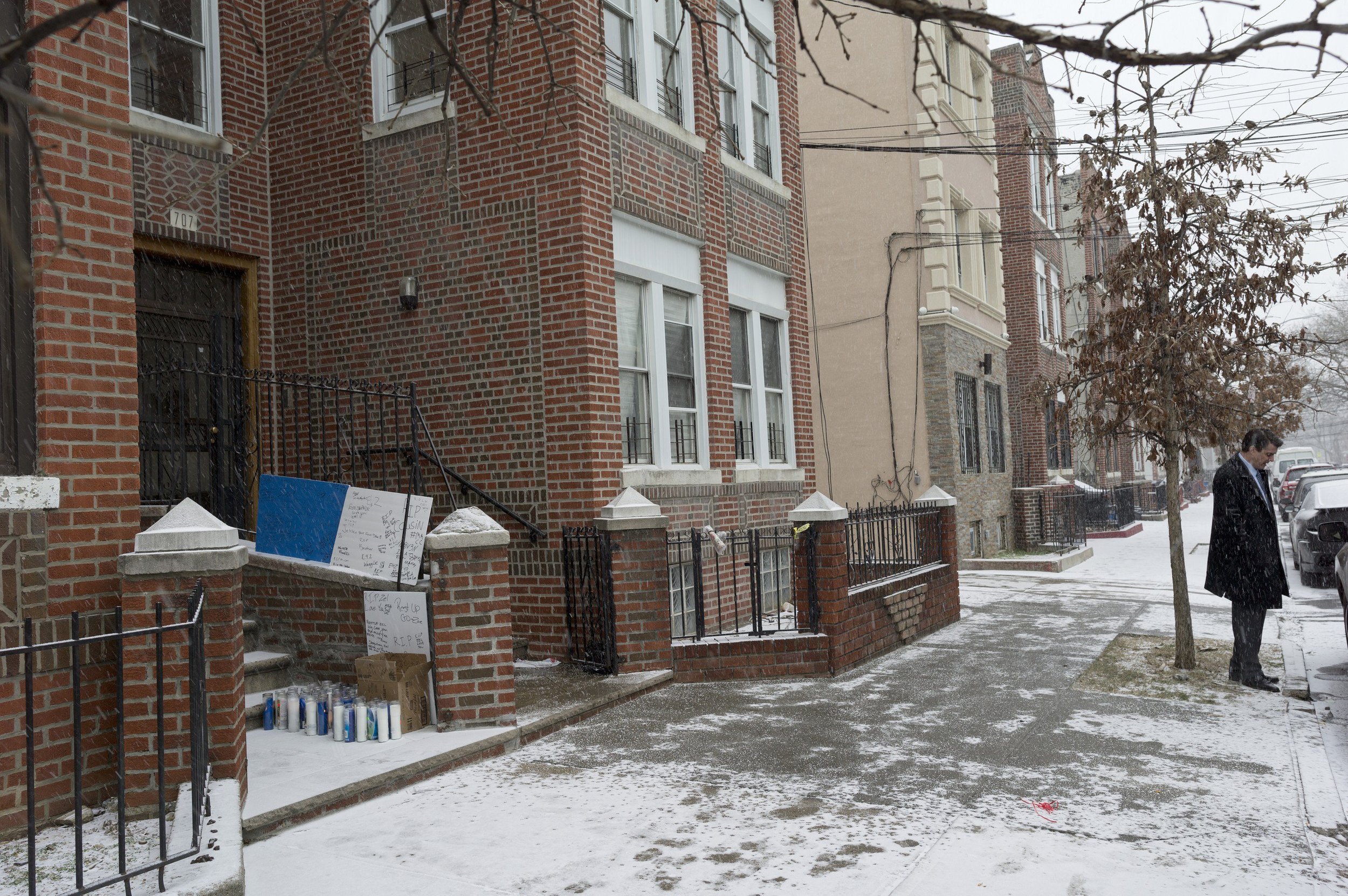 The memorial above was created for a 16-year-old gun victim, Denzil Nas, who was at home playing a video game when his friend, 15, found a gun and in his enthusiasm at a virtual touchdown, accidentally fired it into Denzil’s face, killing him. 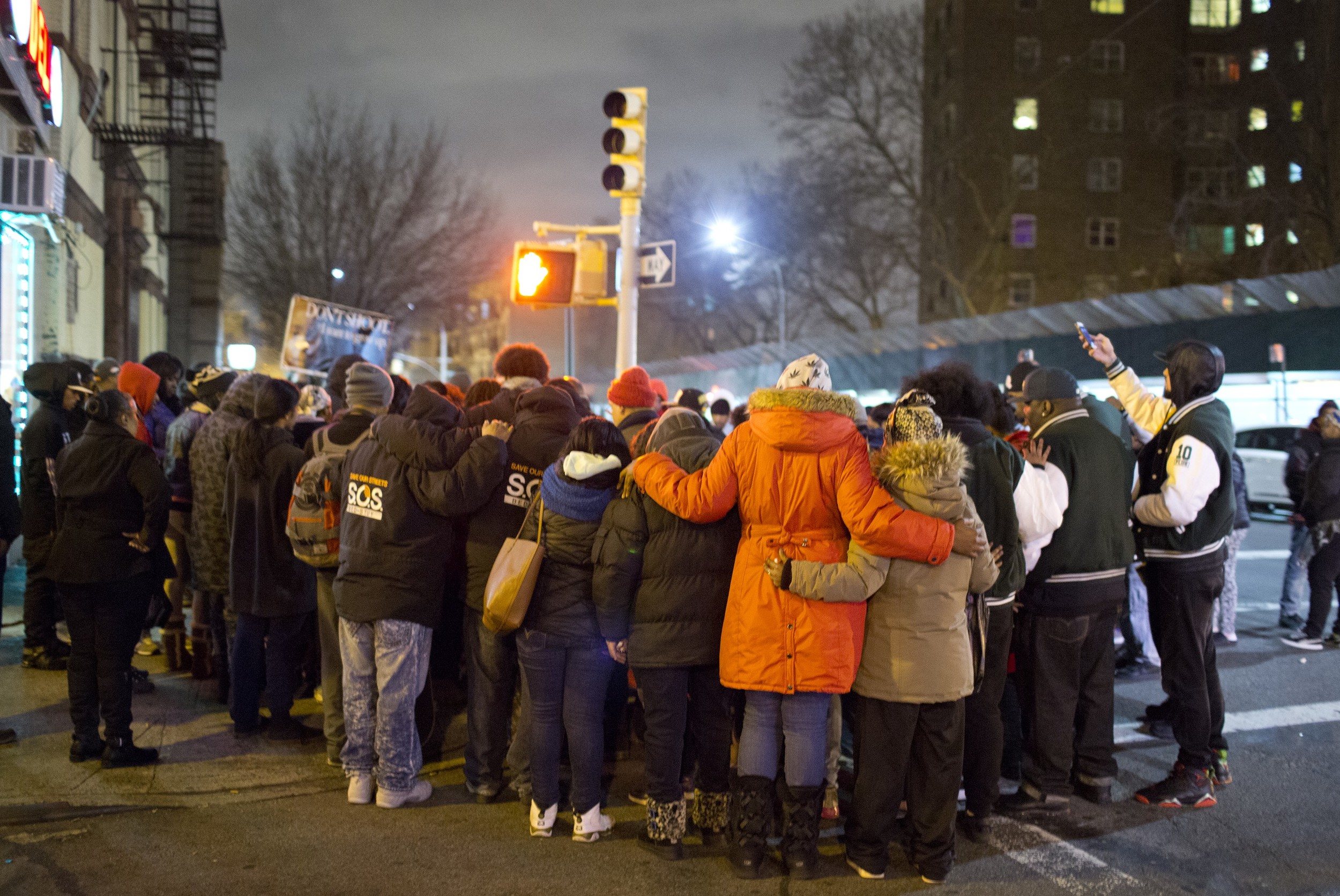 Occasionally Lichtenstein would come across a group. The memorials provide a place to hold a vigil, and here a local anti-violence group, S.O.S. Crown Heights, held a rally in honor of Ernest Sene “to say no to gun violence” after an early morning shooting peppered bullets into the street. Sene was caught in the crossfire and sought help from a nearby deli after being shot, only to die from his injuries. 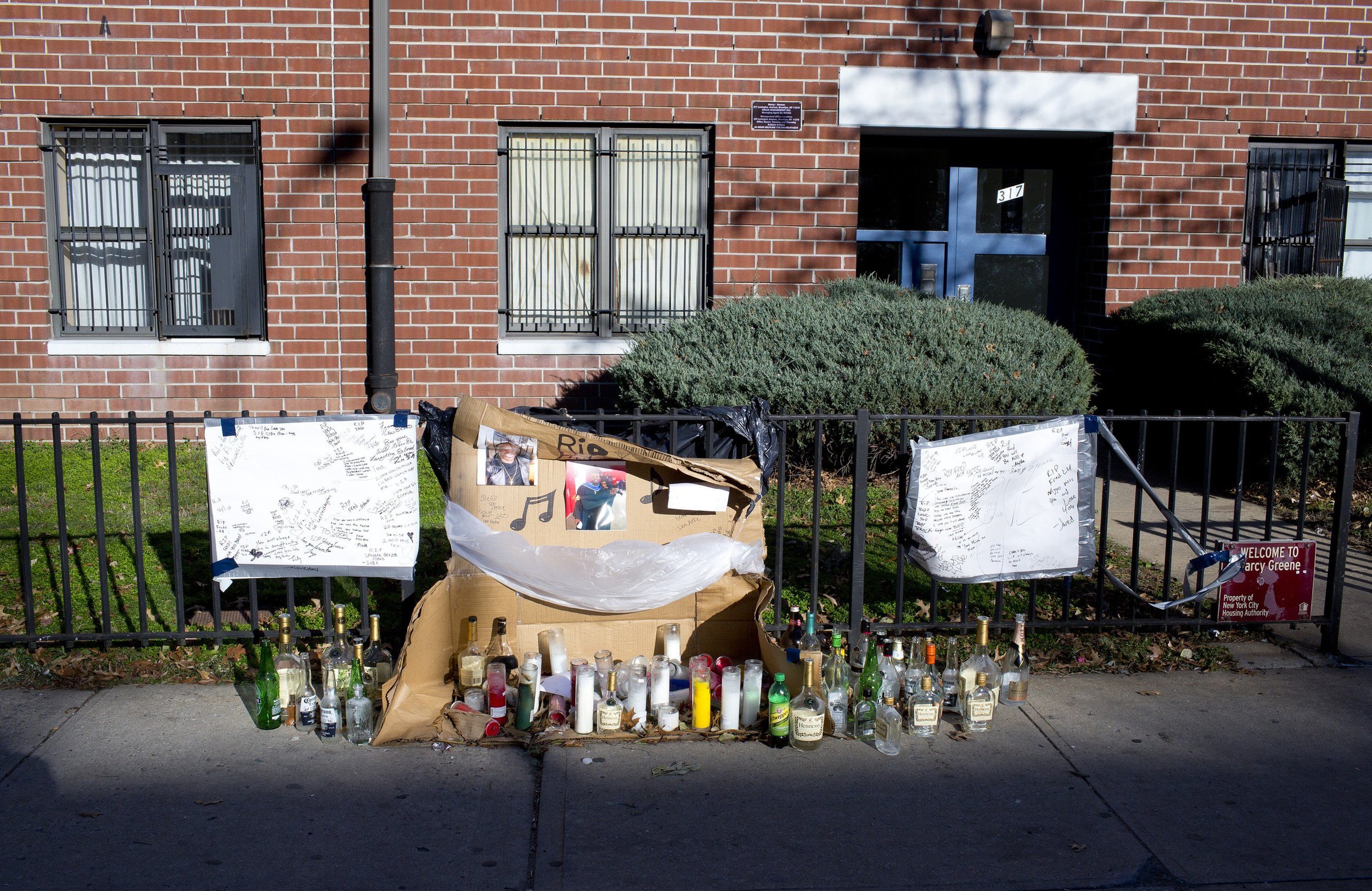 The New York Police Department said that Alfred James’s pants pockets were turned inside out, suggesting robbery was a motive for his killing, on an unseasonably warm night in December that saw eight shootings in the city.

To find the locations of recent homicides Lichtenstein would “find a reference to a murder on the police blotter, other times in a tabloid, or from the crime beat of a television station. There never seemed to one place where I was sure to get any information.” 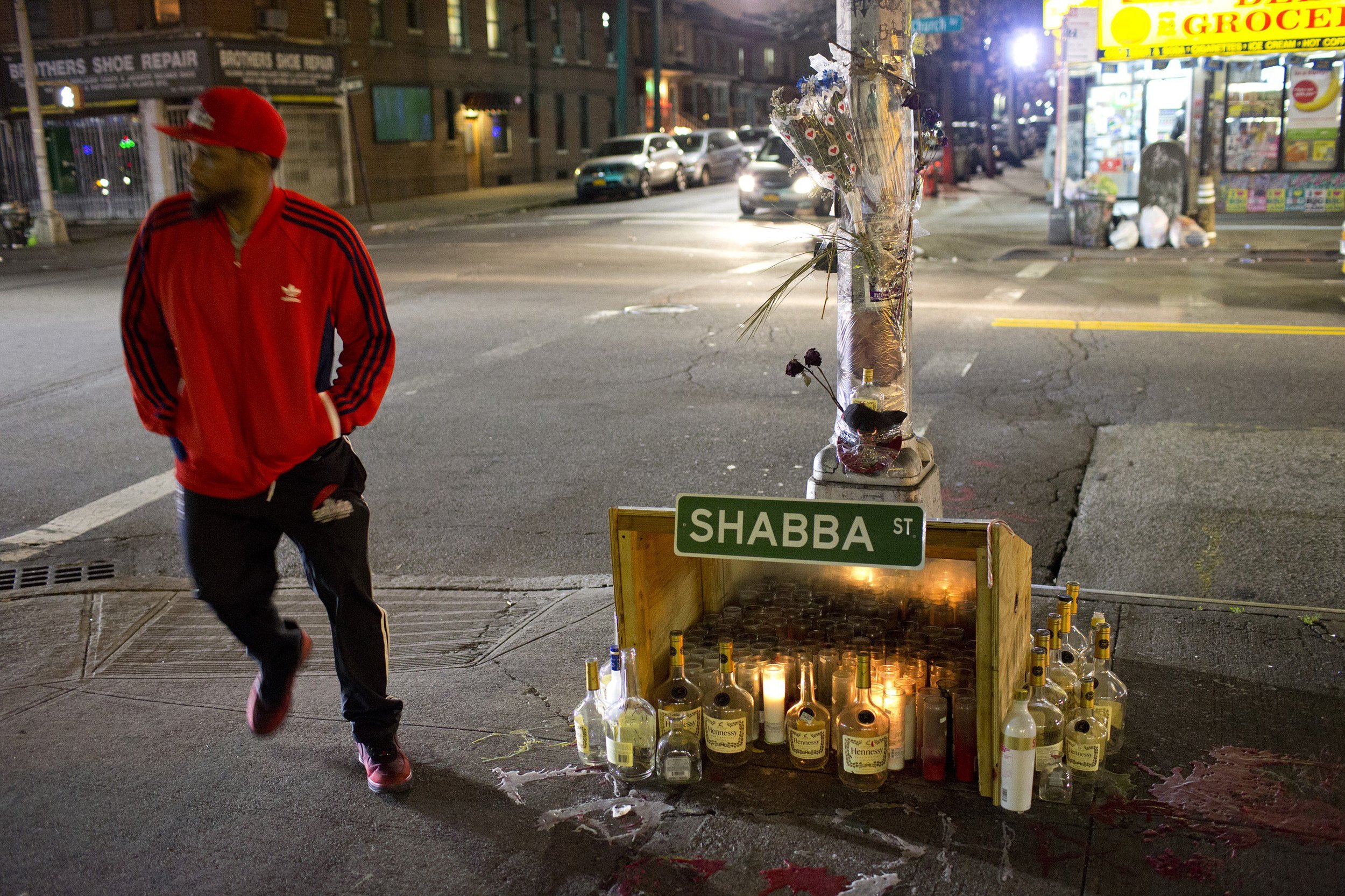 Three people were shot in New York the night that Darrell Faustin died in East Flatbush. His sister was in shock: “He’s a good person. He’s the type of person, if two of his friends were fighting, he’d try to stop it. Everybody loves him.” 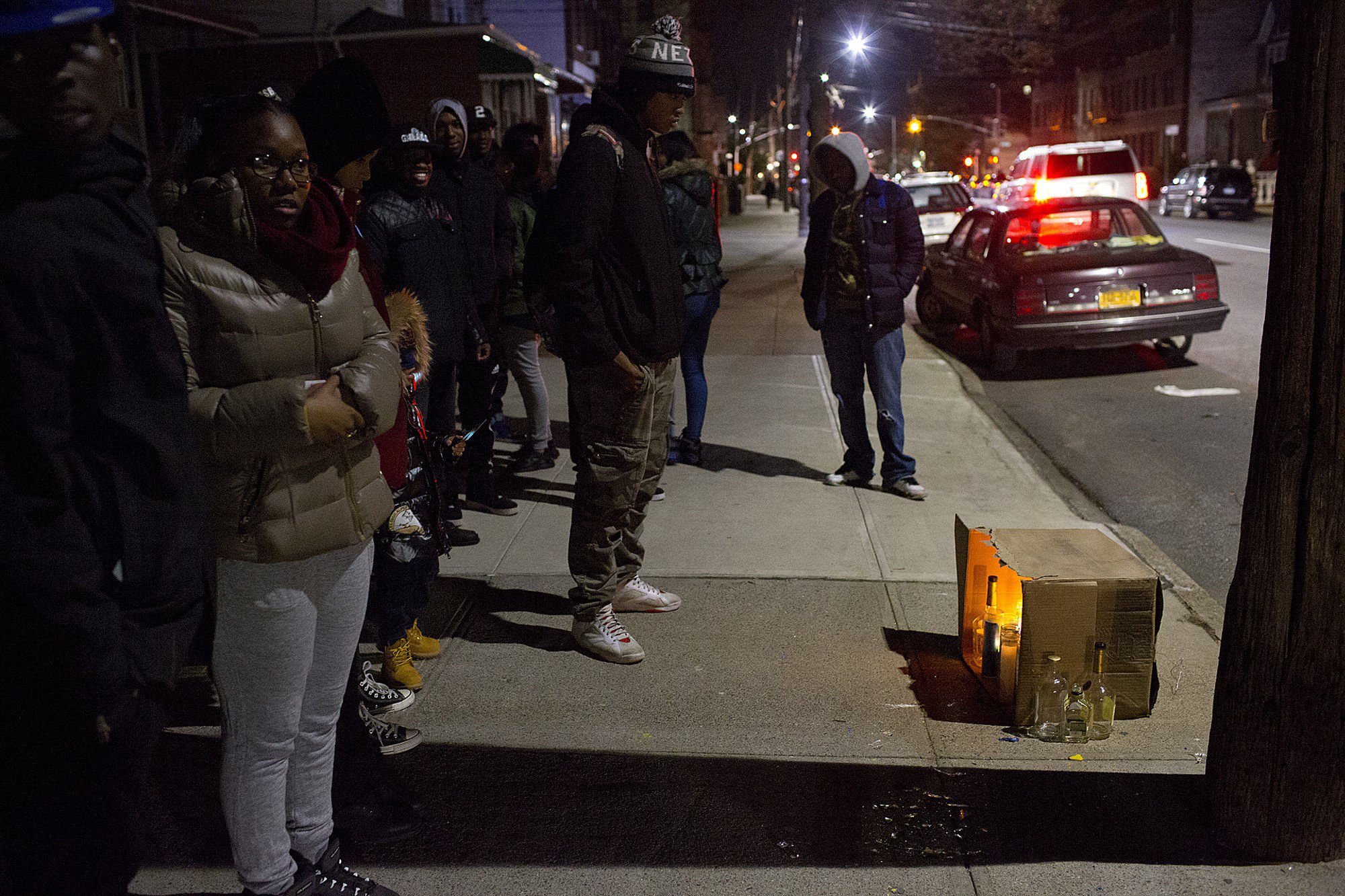 Gary Walker was walking down a Brooklyn street with a friend when another man walked up and asked his name, then fatally shot him. His friend was shot twice in the back and survived; they were bringing food to a girlfriend at around 7 pm. 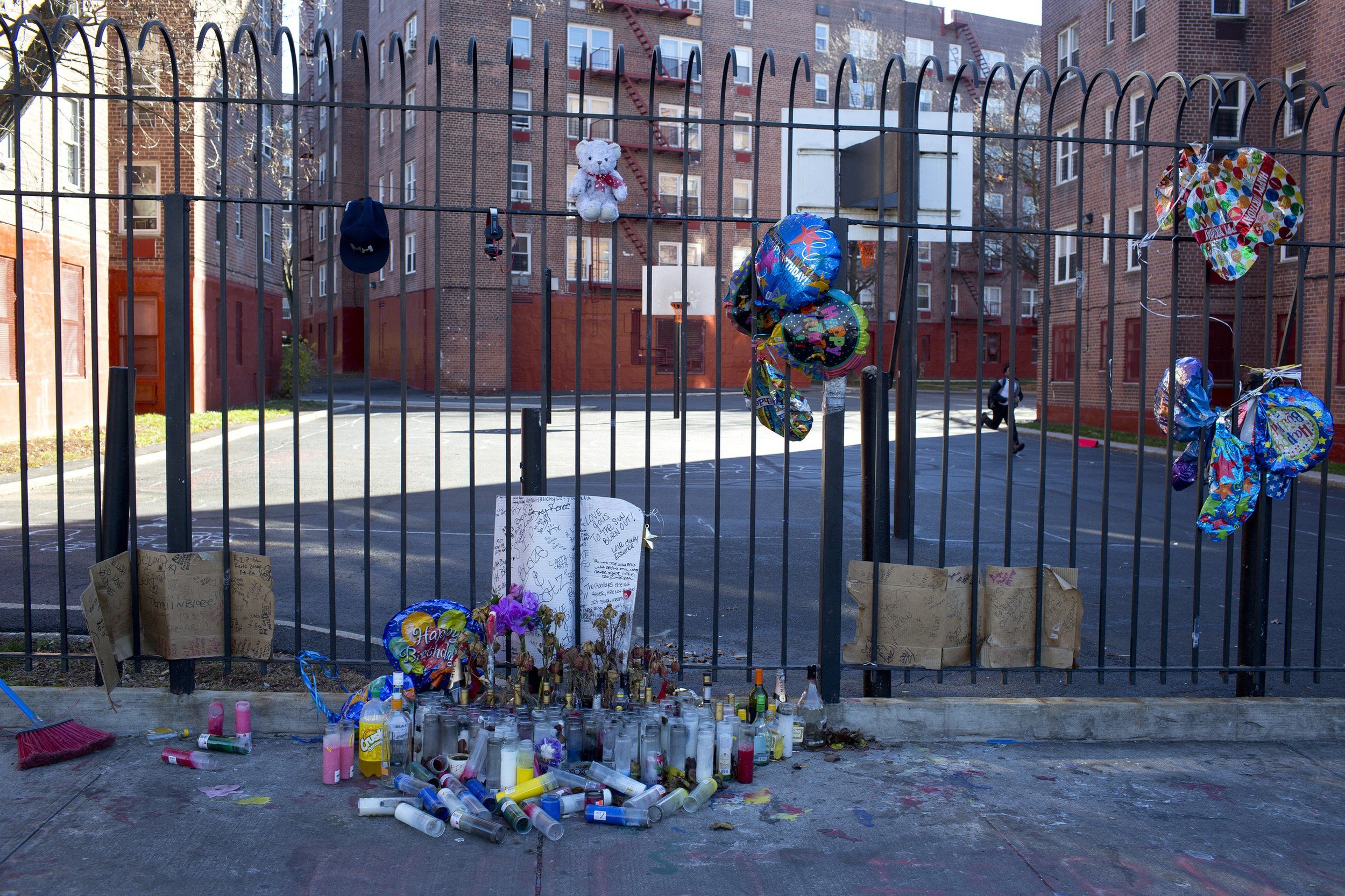 When Justin and Terrell Ford died, one brother was an aspiring rapper, the other worked in construction, and both had young daughters. The brothers were in an argument at a gas station in Staten Island when another man shot them, killing both brothers and devastating their family. Three more fatal shootings happened in New York on that day, adding to the number of New York City’s temporary street memorials.

Andrew Lichtenstein is a documentary photographer, journalist, and teacher who works on long term stories of social concern. Over the last two decades he has concentrated on photographing stories about social justice in America. 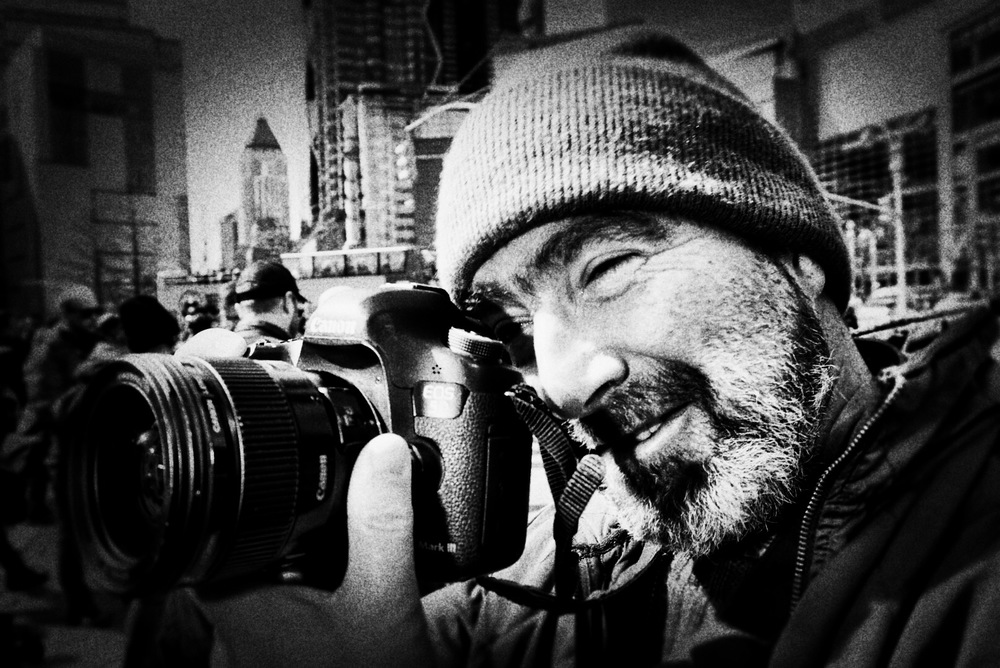 Andrew Lichtenstein is a documentary photographer, journalist, and teacher who works on long term stories of social concern. Over the last two decades he has concentrated on photographing stories about social justice in America.