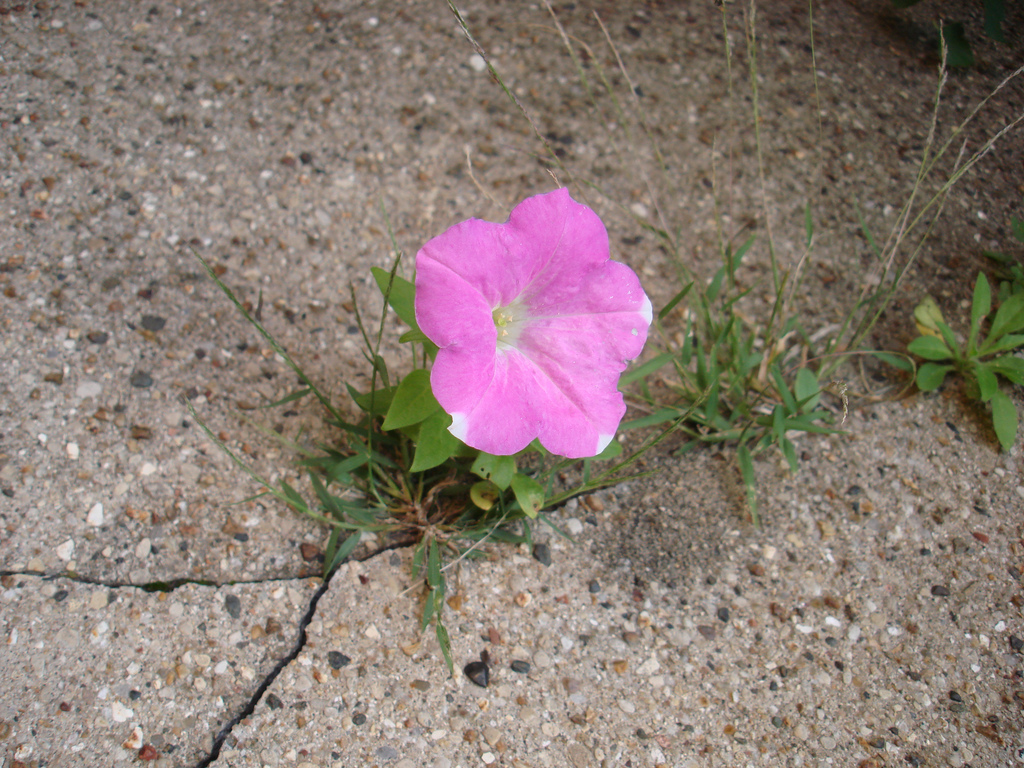 One Factor In Ending Poverty: Hope

All this week we’ve been hearing about poverty and an innovative attempt to get to the root of the problem. The Padua Project in Fort Worth, Texas, has set a goal of getting 100 poor people out of poverty in three years — with a job, three months’ savings and off government assistance.

But, is it working? WAMU’s Kavitha Cardoza (KC) again talks it over with Morning Edition host Matt McCleskey.

MM: So part of what made this program so intriguing is that external researchers were going to evaluate whether the program is working. Right?

KC: Correct. Researchers from the University of Notre Dame have set up a randomized control trial so the Padua Project is not cherry picking clients who could show better outcomes. They are a sample of regular people who would come to Catholic Charities for help. And a researcher there — Jim Sullivan, a professor of Economics — there says there isn’t good research at the local level because until recently all research has been on a national level looking at the effect of government policies on poverty.

“Say we show that this intervention leads to noticeably higher employment rates and that’s sustained, not just one year later but three years later, that kind of evidence could really be transformative because providers are looking for a way to really move the needle on this vulnerable population and they’re trying all sorts of different things, but there isn’t a consensus as to what really is effective and has sustained impact,” Sullivan says.

MM: So they’re going to be looking at earnings and savings.

KC: Well, the first year is just over and research always lags a little, so nothing definitive as yet, Matt. Preliminary information looks hopeful. The Padua Project has found they have spent more on each client about $1,100 more in the first three months, but there has also been an increase in income and savings. But there are no final numbers. But they are also looking Matt at whether clients are more fluent in English, whether they’re healthy and even — this surprised me Matt — whether they feel hopeful.

KC: Yes. There’s this body of research that shows you do better if you feel the future will be better than today. So let’s meet Dave Rapp in Fort Worth. And this is what he said to me when we first started talking about his life.

“When I first approached Catholic Charities in Fort Worth I was at the point where I was actually angry with myself for not having already committed suicide. That’s pretty low and I had been that way for months,” Rapp said.

Rapp is interesting because he was leading a comfortable middle class life. And then he lost his job and everything went downhill from there. He struggled to get another one. And then he lost his house, got divorced, developed severe anxiety and depression. He was living on peanut butter and water, when he was selected to be part of the Padua Project.

“Having Catholic Charities take care of the career counseling, the job placement, making sure that I’m getting food, getting my medical and psych stuff taken care of was a big relief,” Rapp said. “Because when you’re really stressed out and distracted by how am I going to eat today, which I never thought about that before that. That was not a thing that people had to deal with in my world, not me anyway. But when you become worried about how am I going to eat today, finding a job and finding an apartment, hooking up with medical services, all of that seems like icing on the cake. It’s almost superfluous compared to ‘how do I eat today?’”

MM: He sounds really hopeful compared to what he was like.

KC: Yes he is. Through Padua, he has his own apartment, all his prescriptions filled, they’re bought him Nicotine patches so he can stop smoking and he’s getting ready to start working. I spoke to Shane Lopez, a psychologist and senior scientist at the Gallup organization, who wrote a book: “Making Hope Happen.” Let’s listen to a little of our conversation:

You are known as the hope-monger.

“Yeah, that’s a title that was given to me by colleagues who know that I like to spread hope.”

So when I think of hope I think of something fuzzy or feel good, but you’re a serious researcher right?

Basically, do you have a goal, what are the steps you are going to use to get there, and then how are you going to kind of implement it.

Give me some examples of specific questions you ask people to measure hope.

“Yeah, I can think of lots of ways to solve problems, is one question that we ask. I have enough energy to get things done, that’s another question that we ask. I see the future as being better than the present. What we found now measuring hope in over four million people we found that people who have hope do better in life and what I mean by that is that they have more well-being, they have more academic success, they have more workplace success, so no matter what we measure it seems that hope goes hand in hand with more success in life.”

“Some development economists have recently looked at the power of hope in their work as it relates to poverty, and what they found is basically they’ve gathered evidence that demonstrates that the old teach a man to fish parable is true. They’ve looked at situations in which people in impoverished have received some sort of aid and when that aid comes with a dose of hope that aid is more powerful and affecting change in their lives than if the aid comes with no hope whatsoever.”

When you say “comes with hope” what do you mean?

“In the study that they did that was published a couple of years ago, the aid that they were giving were goats, chickens, cows, that kind of aid, and what they found is that the poorest of the poor people in the world if they were given that kind of aid without teaching about how to care for the animal into the future, they would just eat the animal because they were poor and they needed some protein. The other folks who received some training on how to take care of the animal into the future and how to best keep the animal so that they could get milk and eggs and other forms of protein from the animal, they were able to sustain that animal for a long period of time and actually improve their lives because of it.”

Is it possible to increase hope?

“Yeah, the easiest way to increase hope is to spend time with the most hopeful person you know, so many of the programs that we encourage and we’ve started are programs that are mentoring and modelling programs. That’s one thing we’ve found over the years that hope is contagious and it does lead to more hope in your own life if you spend time with someone else who is hopeful.”

Have you studied the converse, like what happens if you don’t have hope?

MM: I haven’t heard of nonprofits actually measuring this before.

KC: Neither had I Matt, though the work they do is based on hope if you think about it. They just don’t measure it. About half the Padua clients have shown an increase in hope.

KC: Well, to go back to Dave Rapp, the person who was suicidal Matt. He is one of the almost 25 percent of people who have dropped out of the program. He didn’t feel it was for him anymore. So as with anything related to poverty, it’s complicated.

MM: So does it work if 25 percent of people have dropped out?

KC: Well, I spoke to Frank Santoni who runs the Padua Project and I said say you find all of this extra time, money and effort hasn’t made a difference at all, it doesn’t work, how will you feel then? And this is what he said:

“We still hold that as valuable. That we at least have credible evidence or proof that says, ‘Look, even when you try everything, even when you have more dollars, more people, it’s still not enough.’ That should lead us to even bigger question. Then if that isn’t enough, what us going on? What else needs to be a part of this? We won’t be daunted by that. We hope it won’t come to that but we’re ready to keep asking questions,” Santoni says.

KC: We need to know whether it works, whether its sustainable and also very importantly, whether it can be scaled up.

MM: Thanks so much Kavitha.