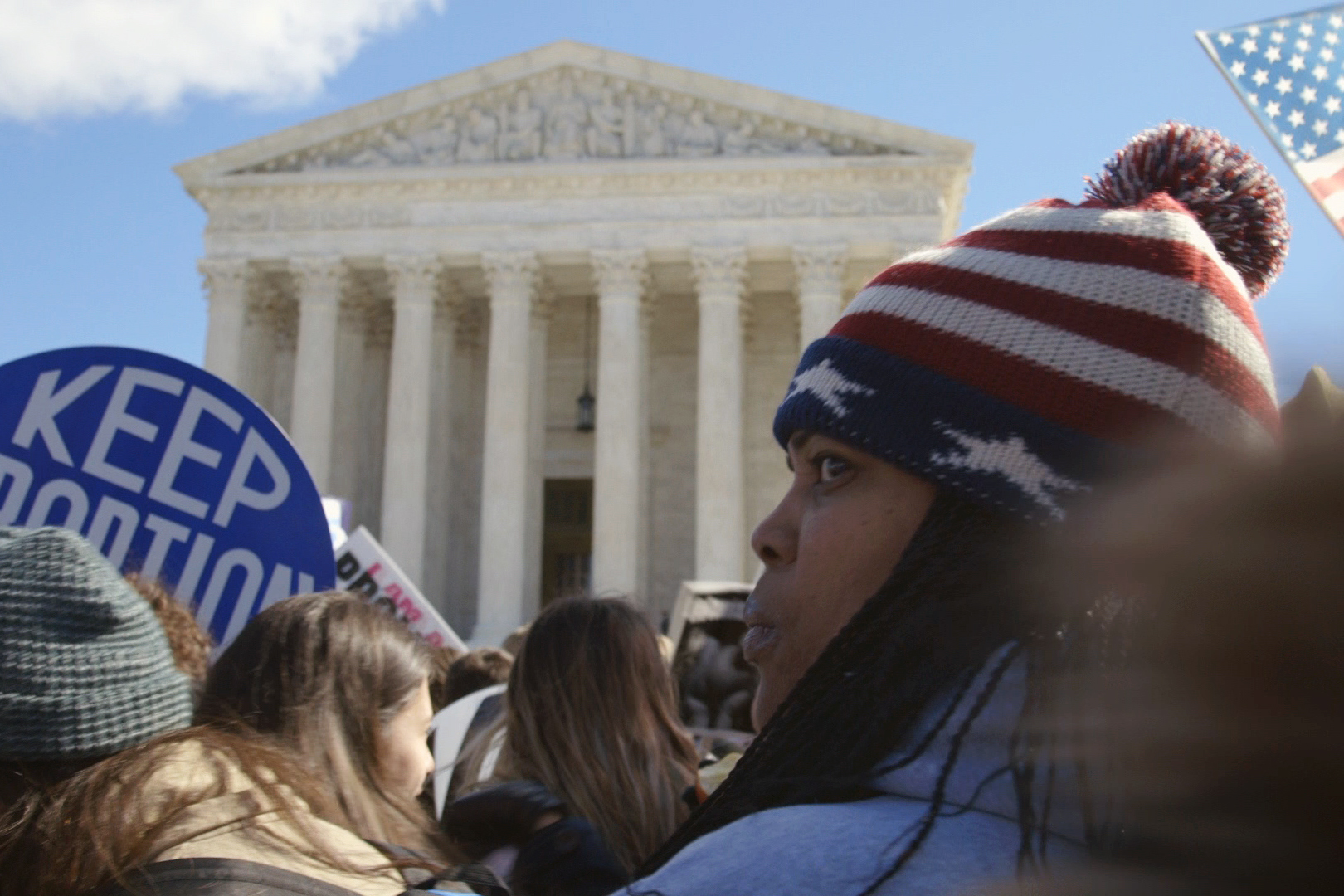 Maisie Crow’s Jackson tells the story of Mississippi’s last remaining abortion clinic, tracing the lives of three women on all sides of the issue: the abortion clinic’s director, a pro-life pregnancy-center director, and a poor, black single mother who is pregnant with her fifth child. This film is a continuation of the story introduced Crow’s Emmy-nominated The Last Clinic, which, along with Jackson, was supported by the Economic Hardship Reporting Project and produced by EHRP’s Executive Editor Alissa Quart.

Jackson, which made its debut in June at the L.A. Film Festival (acknowledged for its focus on diversity by the Los Angeles Times) as well as the Human Rights Watch Film Festival, has garnered a great deal of attention from critics, reporters and bloggers both in and out of the mainstream media, reproductive rights thought leaders, and many others.

Crow has also been given a platform to share the inspiration, context and personal significance of the film by outlets such as Cosmopolitan, WNYC’s The Leonard Lopate Show, WKCR (Columbia University),

Read below to find out what others are saying about this landmark film.

“It seems every festival year we get an “important” work of art, something that cuts through the rhetoric, and Jackson shows all signs of being very important.” – LA Weekly

“In its focus on that final surviving Mississippi abortion clinic, Maisie Crow’s elegant, unsettling Jackson finds issues of class, race, religion, executive power, and women’s rights to be tightly interwoven…Rights established but not upheld are no rights at all. To be reminded of that fact, by films like Jackson, is both an imperative and a privilege.” – The Village Voice

“[B]y focusing on just a few key players in one state in the South, the film brings freshness and force to the subject…This well-crafted film adds to our understanding by humanizing some of the opponents.” – The Hollywood Reporter

“[T]he stigma of abortion is prolific in the American South, leaving women in poverty and women of color particularly vulnerable. Set against the backdrop of the fight over the last abortion clinic in Mississippi, Jackson takes a close look inside the issues surrounding the right to choose.” – Film Society Lincoln Center

“An intimate, riveting film—and a very brave piece of truth-telling about the reality of abortion, from all sides of the issue, within the microcosm of Jackson.” – Meghan Rhoad, Researcher, Human Rights Watch Women’s Rights Division

“[Jackson is] a heartbreaking documentary portrayal of what abortion restrictions mean for the women of a Bible Belt state mired in economic, social and racial inequity — and a bleak glimpse of what the future of America might look like if the Supreme Court decides to allow state governments to enforce needless restrictions on abortion clinics.” – The Huffington Post

“Jackson is not only one of the best documentaries to premier at this year’s L.A. Film Festival, it’s sure to be one of the best of the year, period. From first-time writer/director Maisie Crow, it’s an assured film that is simultaneously fierce and kind in its depiction of two sides of a desperate crisis and in the questions that it asks and (implicitly) answers.” – Patheos

“Maisie Crow’s Jackson, about the last-remaining abortion clinic in the state of Mississippi, where the Dixie flag still flies over the capital, brings to mind Nina Simone’s song “Mississippi Goddam.” She wrote it after Medgar Evers’ 1963 assassination in Jackson. Watching this documentary about the embattled clinic, audiences will wonder if anything has changed since then. Crow zeroes in on another face of racism as she carefully establishes that the healthcare facility, managed by an African-American woman and staffed by African-Americans, including a black surgeon, also primarily serves that community.” – Film Journal International