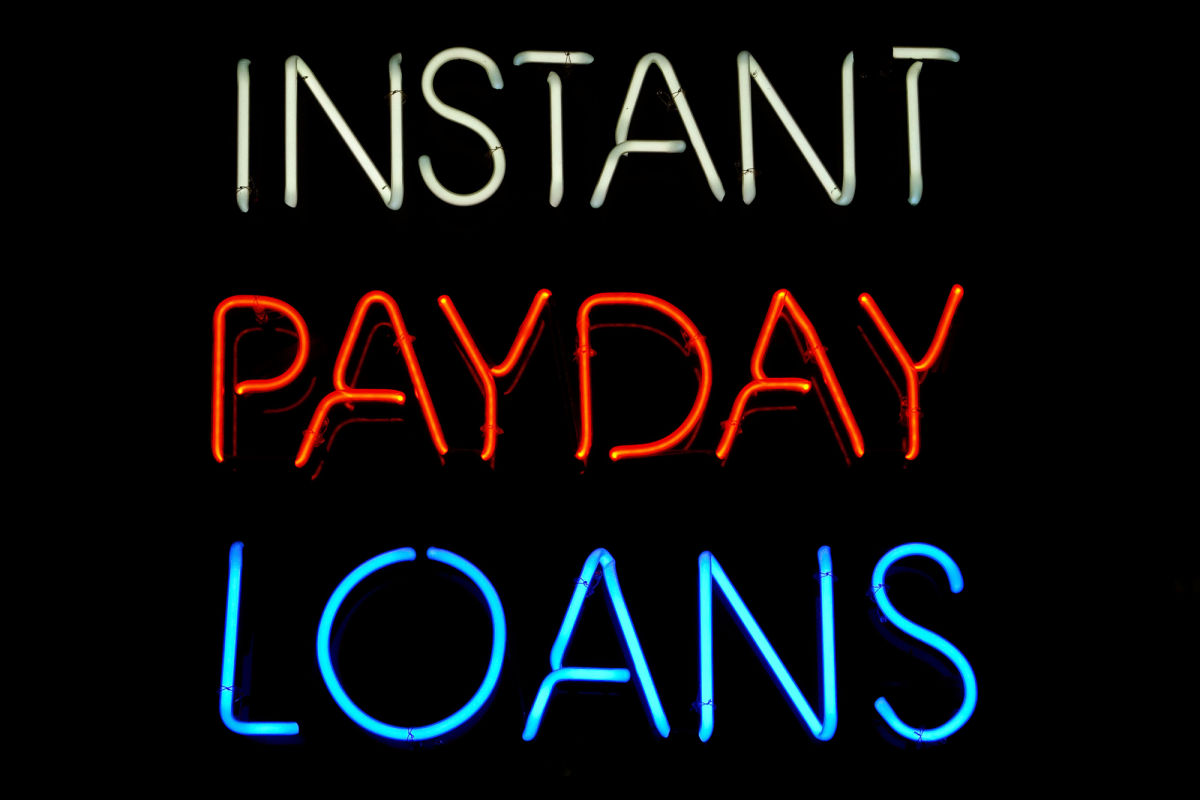 Why It’s So Hard to Regulate Payday Lenders

Georgia’s founder, James Oglethorpe, an eighteenth-century social reformer, envisioned the colony as an economic utopia—a haven for those locked in Britain’s debtors’ prisons. Oglethorpe petitioned King George II to allow the country’s worthy poor a second chance in an overseas settlement, and then instituted laws that sought to erase class distinctions while prohibiting alcohol and slavery. The experiment lasted less than two decades, cut short by Spanish hostilities and resistance from residents who wanted to own slaves and drink rum.

Despite the fact that Georgia didn’t become the debtors’ haven that Oglethorpe envisioned, the colony didn’t entirely abandon its early principles. In 1759, it established strict limits on usury. But before long lenders began challenging and evading such laws. In the late nineteenth century, the practice of “wage buying” emerged, with creditors granting loans in exchange for a promise of part of the borrower’s future earnings. Through the years, the practice evolved into the modern payday-loan industry, sometimes called the small-dollar-loan industry; it spread across the country, particularly to urban centers, and now online. Throughout, Georgia has remained at the forefront of efforts to curtail creditors’ most abusive practices, only to have the industry devise new ways to get around them.

And so when, in June, the Consumer Financial Protection Bureau announced new draft rules to protect American debtors from exploitative lenders—the first federal regulation of the payday-loan industry by the C.F.P.B.—advocates in Georgia began assessing the ways that the industry might be able to evade the rules. (A disclosure: I work on economic-justice issues through the Debt Collective, an organization that I co-founded. It does not address payday lending, specifically, nor operate in Georgia.) The rules, which are now open to public comment, aim to crack down on lending practices that have been shown to target low-income individuals and ensnare them in a cycle of borrowing at inflated rates. The vast majority of customers end up taking out new loans to pay back old ones, racking up fees (typically ten to thirty dollars for every hundred dollars borrowed) in a process that the C.F.P.B. describes as a “debt trap”—in the end, annual interest rates can amount to between three hundred and two thousand per cent. The payday-loan market now accounts for nearly forty billion dollars annually and serves more than nineteen million households a year. The new rules attempt to make it more difficult for borrowers to roll over their loans, and also aim to cut down on the number of times that lenders can take money out of borrowers’ bank accounts without getting additional authorization. Most notably, it would also require some lenders to verify that borrowers have the ability to repay a loan while still providing for their own living expenses.

Georgia’s experience, however, shows that even the most robust and well-considered regulations of the payday-loan business don’t always have the desired effects. In 2004, the state passed a law that effectively banned payday lending, by instituting an interest cap and setting stiff fines and criminal penalties for those who flout it. While the ban has had a positive impact—it has been estimated that state residents have saved more than three hundred and fifty million dollars thanks to its passage—it has not extinguished the industry. As happened centuries ago, short-term lenders simply adapted, promoting alternative financial products to sidestep regulation. The result was that Georgians who might once have taken out payday loans (disproportionately, single mothers and minorities) now tend to hold auto-title loans or installment loans instead.

Auto-title loans, in which people borrow by using their vehicles as collateral, are arguably the most pernicious of payday lending’s mutant offspring: an estimated two million Americans borrow this way, earning lenders four billion dollars in fees every year. They’ve become particularly pervasive in Georgia. According to the Center for Responsible Lending, four hundred and nineteen car-title lenders were operating in the state in 2016, one for every 18,402 adult residents. (Georgia ranks sixth among states in the total of car-title loans, above California, which is much more populous.) The three largest auto-title lenders in the country are also headquartered in the state. Payday lenders can garnish wages until a debt is settled—often for years—but they can’t seize goods or assets. Title lenders can seize cars, even if the vehicles are worth more than the principal owed.

With installment loans, which are also ubiquitous in Georgia, people pledge their possessions—home furnishings, old VCRs—as security. Leah Knight, a single mother who works from home in the college town of Athens, doing customer support for Apple, told me that she got trapped in a ballooning installment loan from a company called Security Finance, which has storefronts throughout the South. She originally borrowed three hundred and eighty-five dollars, in November of 2014. Across eight months, she paid the company a total of six hundred dollars, but still owed substantially more than the amount that she had originally borrowed. The lender, Knight said, had hustled her through pages of paperwork, failing to disclose hidden costs, such as unnecessary life-insurance fees. Such fees are essentially a way for companies to evade interest-rate caps in states where usury is restricted, as the investigative journalist Paul Kiel, of ProPublica, has shown. Knight was able to get out from under her debt burden only after finding a revolving loan fund called Common Wealth, which is run by the Ark, a small nonprofit in Athens. The program allows borrowers to pay off the original lender in full, then reissues the loan at a manageable three-per-cent rate, in collaboration with a local credit union. Knight called the program a “life saver.” (Security Finance did not respond to requests for comment.)

Liz Coyle, of Georgia Watch, a consumer-advocacy group, told me that the new C.F.P.B. regulations probably won’t significantly affect the way her state’s title and installment lenders operate. Until now, small-dollar lenders have primarily been subject to state regulation. The C.F.P.B.’s aim of setting a federal standard is sensible enough, but, in a conference call after the rules were announced, consumer advocates from nonprofits in a variety of states, including Coyle, pointed out that the proposal contains some troubling loopholes. The rules would still, for example, permit lenders to charge exorbitant interest rates and fees, and to access borrowers’ bank accounts. What’s more, the ability-to-repay requirement only kicks in when a borrower has taken out six high-cost payday loans in a year.

Predictably, the industry took the opposite view, arguing that the bureau has gone too far. “The CFPB’s proposed rule presents a staggering blow to consumers as it will cut off access to credit for millions of Americans who use small-dollar loans to manage a budget shortfall or unexpected expense,” Dennis Shaul, the C.E.O. of the Community Financial Services Association of America, said in a statement. Another lobbyist described the C.F.P.B.’s proposal as a “death sentence.”

While the proposed rules will raise the bar in regions where payday lenders operate with little or no oversight, the impact on states that already have robust anti-usury restrictions on the books is less certain. Echoing the concerns of other experts I spoke with, Coyle said that, as the draft is currently written, the bureau risks legitimizing some forms of predatory lending. She foresaw that lobbyists in states with interest-rate caps could use the less stringent C.F.P.B. rules as an argument in their efforts to undermine or supplant existing laws. The tactic has already been used in Pennsylvania, where lobbyists began circulating a memo earlier this year that invoked the C.F.P.B’s forthcoming guidelines as a model for draft legislation that would have legalized a problematic new loan product. “This rule invites bad actors to go around it,” Coyle said. She and other advocates are calling on the C.F.P.B. to close the loopholes they have identified, and to make a more aggressive commitment to backing up states with strong consumer-protection laws, before the final regulations go into effect.

Instead of half-measures, some advocates would like to see officials set their sights on getting rid of payday, auto-title, and installment lending altogether. Payday lending is already essentially off limits in fourteen states and in the District of Columbia, and studies from North Carolina and Arkansas, both of which eliminated payday lending in the past decade, show that borrowers there have been better off, a result that stands in notable contrast to lobbyists’ emphatic claims about the devastating impact that reducing access to their products will have on cash-strapped families. If the government’s goal were truly to eradicate predatory lending, as opposed to simply reining in the industry’s most egregious practices, the simplest approach would be for it to set an interest cap on all small-dollar loans. But this isn’t an option for the bureau, because it is prohibited under the Dodd-Frank Act from regulating interest rates.

Another possibility would be the one offered by Mehrsa Baradaran, a law professor at the University of Georgia, in her book “How the Other Half Banks”: using post-office infrastructure to provide an affordable and public banking alternative, including low-interest short-term loans. Baradaran suggests that, given the tendency for exploitative financial services to come back in more destructive forms in the face of regulation, this would constitute a more systematic way of beating payday lenders at their own game. This idea has been enthusiastically endorsed by Senators Elizabeth Warren and Bernie Sanders, whose surrogates recently negotiated the inclusion of basic postal-banking services in the Democratic Party platform. Dozens of developed countries, including Germany and Japan, already have such a system in place. With continued concerted effort, the United States could, perhaps, be next.

Co-published with The New Yorker.