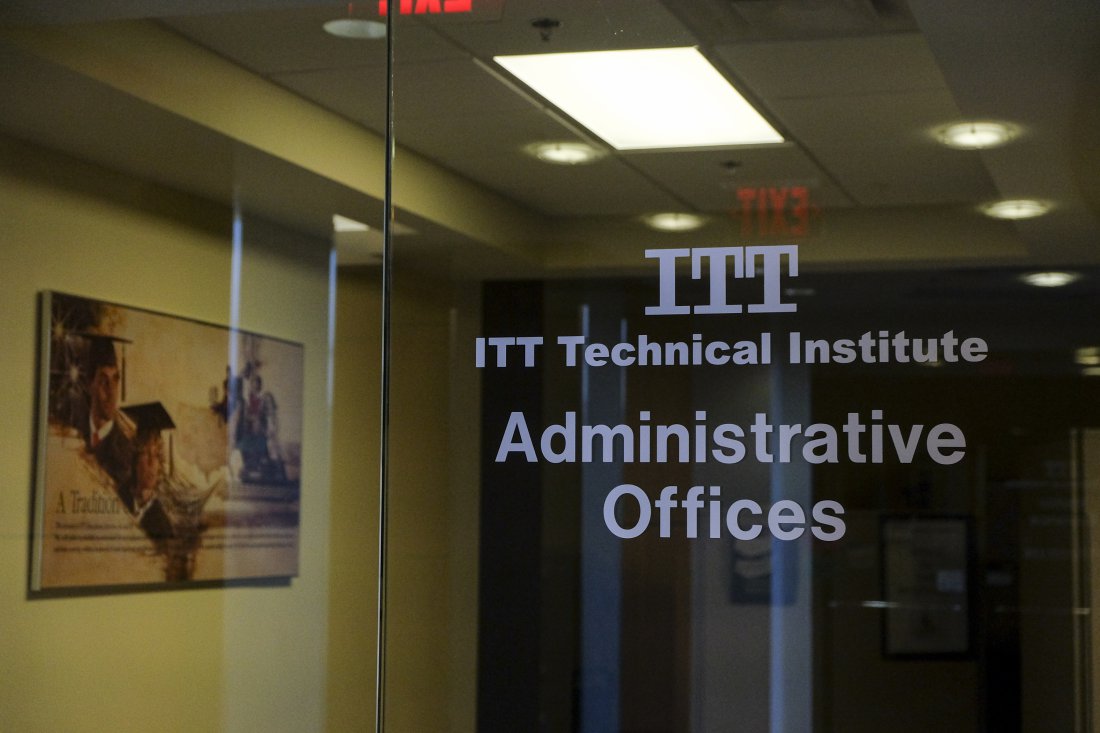 A Better Alternative to For-Profit College

Mynor Rodriguez, a 39-year-old father of four who lives on the northwest side of Chicago, was working as a high school-educated graphic designer when he first saw an ad for a for-profit college run by ITT Educational Services. He was “enticed” to enroll, he says, when he visited a nearby suburban campus, whose admissions staff told him that they’d help him find a job right away upon graduation. He signed up, ultimately obtaining a Bachelor’s degree in information security systems. “I did this for my family, to make a bigger income and to show them an example that no matter what age, you can go to school,” he told me.

He was startled to find that the state-of-the-art computer servers and other equipment ITT had shown him on his tour were, in fact, not functioning. Seven years later, he is $59,000 in debt from a school that is under investigation by the Obama administration and was shut down suddenly on Sept. 6, leaving its 40,000 current students out of class and thousands more graduates wondering about the value of their degrees. The school’s closure came a week after the federal government barred ITT from using federal financial aid for new students. And on Wednesday, 176 former students of ITT Technical Institutes announced they were no longer making payments on their federal student loans as a result.

Rodriguez graduated after four years with a bachelor’s degree, not the year and a half he’d been assured of with an associate’s degree (he discovered a local community college he tried to transfer to wouldn’t take the ITT credits). Then he applied for jobs doing system administration and computer networking, including his dream job working at the Chicago Police Department, but he was disqualified since the CPD didn’t consider ITT a valid college.

He now makes $50,000 doing technical work for the municipality, which is a few thousand more than he made before he got his degree and went into debt. He says he sees people with technical certificates bypassing him.

Some for-profit universities, like ITT, promise results and then fail to follow through. At Trump University, for example, many middle-aged Americans paid up to $35,000 for a “school” which was, in reality, not a credentialed university and is now facing lawsuits for misleading students.

Students often “don’t understand the burden they are taking on,” says economist David Deming, a professor at Harvard University’s Graduate School of Education. Many of their stories end the same way—unemployed, in debt and closing in on retirement age.

What can be done?

The U.S. should curb federal funding to for-profit schools. Instead, it should fund more programs that support job training on the federal or state level, and encourage more unions and nonprofits to also help create more apprenticeship programs

The U.S. spends far less than other developed countries on job-training systems and retraining. But lately politicians, including President Obama, have been trying to implement a German-styled apprenticeship training system to fill the continued demand for machinists and robotics specialists, along with other skilled middle-class manufacturing jobs. This system would let potential employees gain hands-on experience with a likely job opportunity, all without accumulating student debt and while getting paid. This is currently happening, in a different variation, under ApprenticeshipUSA.

There are also other great programs that already exist. In California, Women In Non Traditional Employment Roles, Inc. (WINTER) is a 10-week registered apprenticeship program paid for by private dollars, that trains and places its graduates in skilled jobs. And the Utility Pre-Craft Training program, run by the International Brotherhood of Electrical Workers Local 18, also in California, provides an on-the-job training program that prepares entry-level workers and pays them $16 an hour plus $7 an hour toward their health benefits while they learn. If these workers are hired by the L.A. Dept. of Water and Power, for instance, as electrical distribution mechanics, they can make $73,000 a year or more as a trainee, and more than $100,000 as a permanent employee.

These programs still might not be enough, of course.

Rodriguez says he hopes his on-the-job technical training will pay off. But he says it’s hard to be optimistic. “I still can’t achieve the American Dream,” he says.

Alissa Quart is an author and the Executive Editor of the non-profit Economic Hardship Reporting Project.