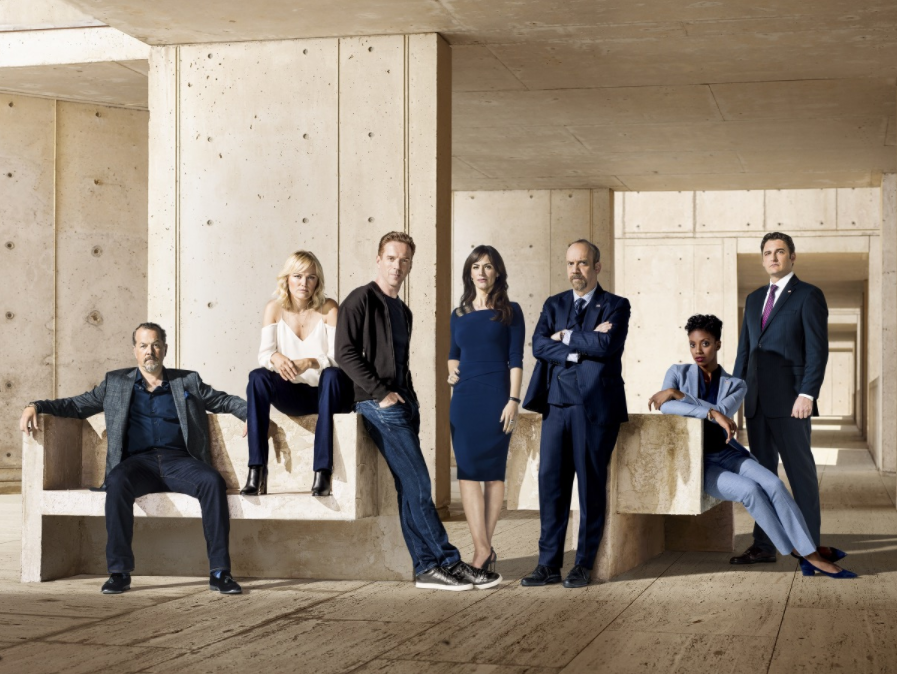 A family of reactionary British aristocrats. An uneducated, entitled young queen and her racist, callow husband. A twisted hedge-fund billionaire. From these thumbnail sketches, you are surely conjuring a gallery of villains.

Yet these are the heroes of some of the most popular prestige television and streaming series of the last five years.

The “hedgie” interests me the most. He’s one of the lead characters on Billions, a Showtime series about a politically ambitious US Attorney, Chuck Rhoades, and his obsession with Bobby Axelrod (Axe), a hedge-fund Master of the Universe. The two are in a continuing legal and personal war with each other. The battle only intensifies in the show’s new second season, which is starting this week.

Like most viewers in this country, I want to ogle privileged people behaving badly. Unlike some of these viewers, I desperately want to see these greedy, ultra-rich specimens get their comeuppance.

Yet on Billions, this comeuppance never comes.

Billions takes the moral relativism of other tony cable shows, which have centered on such figures as a killer meth-cooking science teacher and a softhearted yet homicidal Mafia don, and applies it to the compromised hedge-fund guy. Jason Mittell, a Middlebury College television historian, tells me that this sort of relativism is part and parcel of “complex TV,” a narrative style in American television series where viewers are encouraged to be confused about characters’ identities, motivations, and sometimes also time and space. 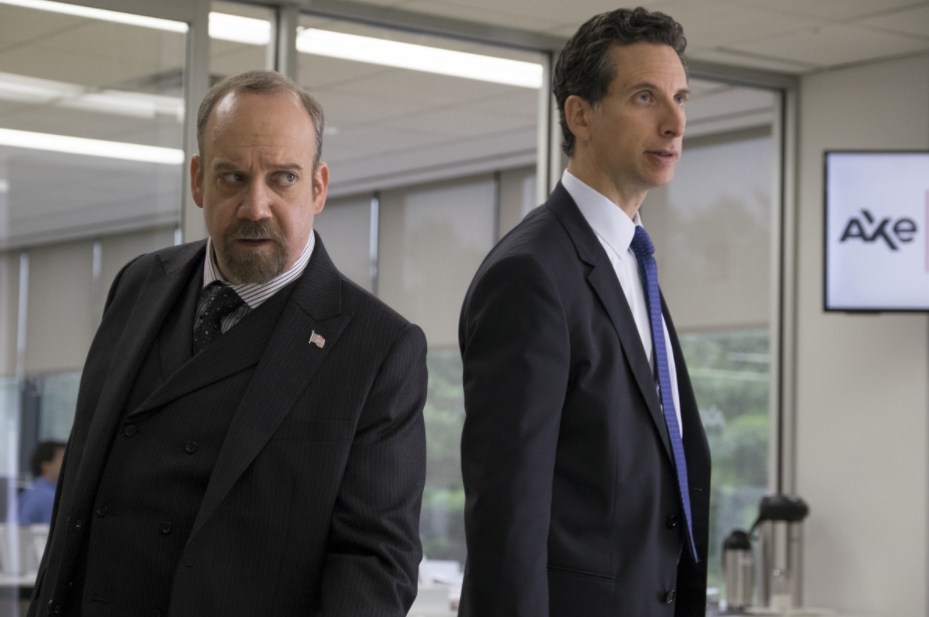 Partly because Billions is complex TV, the man who should be the hero, the US attorney, is petty and grandiose, a power-mad schlemiel. Paul Giamatti plays Rhoades, and Maggie Siff plays his wife Wendy, who in the first season worked as Axe Capital’s in-house therapist, despite her husband being Axe’s political archenemy and opposite number. In this year’s show, Wendy has left both her husband and Axe (Damian Lewis) and started her own private practice, but not before accepting a $5 million severance payment. In the first season, Rhoades trawls S&M clubs; in the second, he faces an extreme professional downfall for his fixation upon Axe. He also suffers from the appearance of impropriety due to Wendy’s suspiciously large severance package. 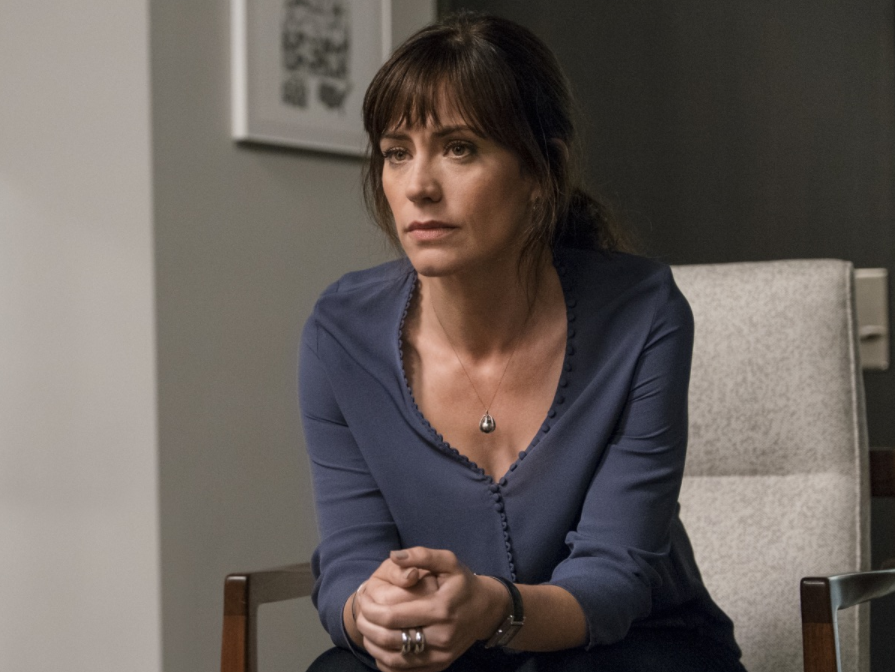 Maybe complex TV is part of why we, the audience, are urged to identify with Axe rather than the crime-fighting “good” guys. There are no J.R. Ewings or Dynasty rich bitches here. Both seasons of Billions frame Axe as a handsome ginger-haired hero, a man who is faithful to his wife and takes care of his friends. He can get the mega-band Metallica to perform for him privately, yet he forgoes the pleasures of a groupie’s flesh. Another point in Axe’s favor: he’s self-made, while Giamatti’s character is old money.

What makes this positive framing particularly fascinating is that Axe is deeply ethically challenged. He wasn’t at work in his firm’s World Trade Center office on 9/11 because he was with his lawyer—he was about to be fired for legally murky trading. After many of his colleagues perished, Axe took over the firm himself. In addition, he lied about his rescue efforts—instead of saving the dying that day, he made a mint out of the tragedy by immediately shorting airline stocks and the like. In another unsavory chapter, Axe prevents a dying employee from getting an experimental drug for his cancer: for elaborate reasons, his longer life could have been a legal disaster for Axe. More generally, Axe and his workers traffic in insider tips and elaborate schemes that flirt with illegality. 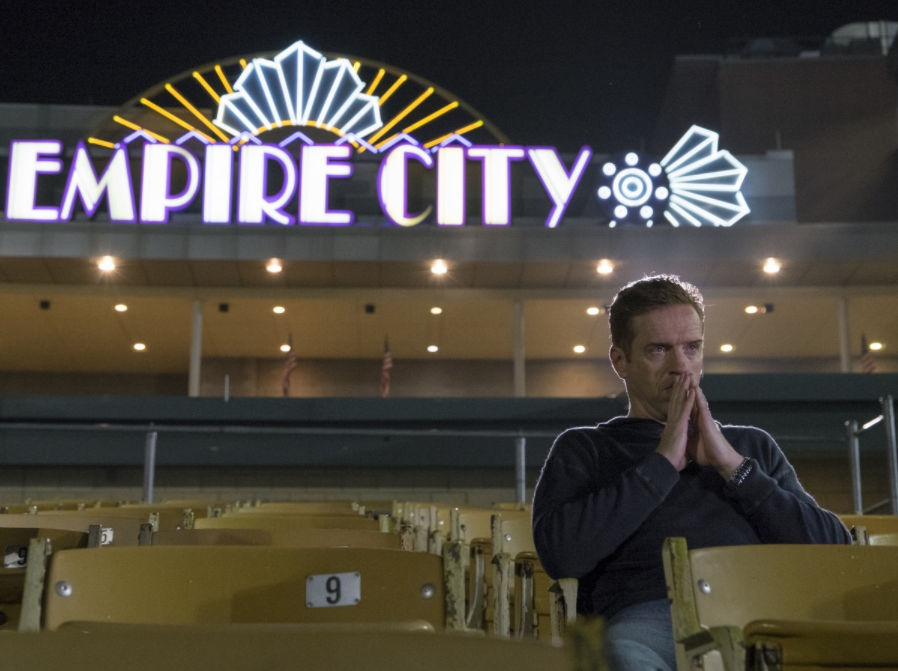 Complex TV can mean that TV characters undergo behavioral and personality shifts. These can ultimately reverse, too. Early in Billions’ second season, Axe announces that he is cleaning up his act, but we sense this is only for show. “Complexity” can also evidently mean that corruption may coexist with liberal enlightenment. In the second season, Axe embraces the analytic genius of a gender-nonconforming intern at his firm. Axe sees smarts as smarts, no matter their creed or gender. He rewards said intern with a plum job, all the while correcting his colleagues who call the intern “she” and even “that”—the preferred pronoun is “they.”

Despite (and maybe slightly because?) of his breaches, Axe is cheered as the quintessence of American aspirations. He is the sum of his pricey helicopter, his fixers, and his hot aquiline wife, in her luxury brand peasant blouses: he even shtups her in a large swimming pool. He is also a great dad, Billions argues. When a soused father drives his kids and Axe’s kids, Axe punches him for putting them at risk. “That’s going to cost you,” says the beer-drunk pater. “Worth it,” Axe replies. He buys a ridiculously expensive house, but he is—ostensibly—doing it to make his family happier. He is always the winsome patriarch. This is partially because Billions is also a show about maleness, about fatherhood, and about fraternal rage—cut to the series’ countless scenes of men in suits screaming at each other. (These macho themes reflect a tendency of “culturally legitimate” television to equate excellence with masculinity, as television scholar Anne Moore has noted.)

What continues to go unsaid is what might lie beneath a real-life US attorney’s wrath at hedge-fund chiselers: that the middle class is decreasing and the uber-wealthy Axes of this country are partially responsible for that.

While the relativism of complex TV is a partial reason, clearly, there’s more at stake.

The election and inauguration of Donald Trump underline the truism that Americans want to be the rich rather than punish the rich, even the rogue rich. Despite their actual class status, Americans often identify with the very affluent rather than those in their own economic and social bracket.

This sentiment coursed through Trump’s campaign, where the president’s Boeing 757 jet, gold tower, and gauche boasts of enormous net worth became selling points. This public identification with the mega-affluent also applies to televised entertainments. In its first season last year, Billions gained traction with viewers, averaging an audience of 6.3 million weekly, delivering “some real capital gains,” as Entertainment Weekly put it, across all forms of viewing, including On Demand.

Billions writer Andrew Ross Sorkin, also a New York Times financial columnist, has said that “the show is about how America grapples with the rise of inequality,” and he is utterly right about this, although not in the way he thinks. If anything, the show is about how the middle class clings to the success of the extremely, even repugnantly, rich, even in the face of its own increasing precariousness. If the first episodes are any guide, the second season again serves up a sleek and lusty appreciation of the over-class, one jerry-built for an economically faltering American viewer.

Alissa Quart is the executive editor of the Economic Hardship Reporting Project, and the author of four books, Monetized and Branded among them. Her forthcoming nonfiction book is about inequality.