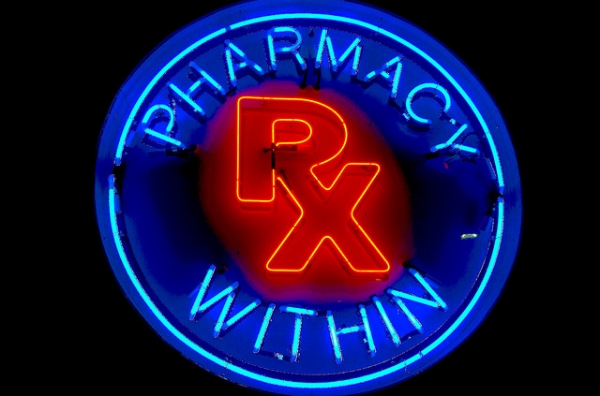 Before she turned 18, Anne*, a nurse, had endured at least five major surgeries, all without the use of post-op medication stronger than ibuprofen. As a child in Birmingham, Alabama, she had been diagnosed with cerebral palsy, but eventually learned that she actually has primary generalized dystonia, a genetic disorder that causes frequent painful muscle spasms and rigidity. By 19, she says, she had tried pretty much every treatment available, including a spinal implant that made matters worse.

Then she was given a prescription opioid.

Here is where your typical American news story might turn into a parable of addiction and dysfunction, even though the evidence we have suggests the vast majority of pain patients don’t become addicted. But Anne’s story is different, and there are millions of patients taking opioids for pain whose voices are rarely heard.

Their ability to live and function well is now in danger because doctors and insurance companies have turned what were supposed to be voluntary guidelines issued last year by the Centers for Disease Control (CDC) into inflexible rules. Soon, Medicare plans to follow suit, with potentially massive implications for how pain is treated—or not treated—in America. This relentless focus on cutting medical use of opioids in the face of a real addiction crisis is starting to damage the middle- and working-class people it was intended to help. And because so many are also facing job loss and wage stagnation, we can’t really help until we recognize how economic, emotional, and physical pain are intertwined.

In Anne’s case, opioids seemed like a godsend. Thanks to this class of drugs, she says, she was able to complete nursing school and become a hospice nurse. And even when her disease progressed and she could no longer work, opioids allowed her to live independently. When she decided at one point for herself to go for months without them, Anne tells me, she lost the use of her hands.

In a letter to a local medical board explaining why access to these medications matters, Anne wrote that during six months without opioids, “I was in the worst shape of my entire life—reliant on a power wheelchair, losing weight rapidly, with severe rigidity… unable to sit without support, with clenched fingers that rendered my hands useless.”

Now 36, Anne fears she will be forced to go back to that straitened way of life. Over the past few years, doctors who prescribe high doses of opioids for patients like her have been increasingly targeted by law enforcement and medical boards, leaving some physicians terrified that any unusual prescribing pattern will put them at risk of losing their license or going to prison. And interviews, news stories, blog entries, and emails from numerous pain patients—as well as surveys and social media posts—suggest Anne’s case is far from unusual.

After one of Anne’s doctors stopped prescribing, she says, she called more than 60 physicians before finding one willing to prescribe the medication that works for her, despite a documented medical history without signs of addiction. But the CDC guidelines—which were supposed to be flexible and to be used by primary care doctors (not specialists)—have increasingly taken on the air of law. To protect themselves, some pain specialists have stopped prescribing any opioids at all or cut back patient doses to fall within the guidelines, regardless of whether their current doses are helping their patients.

Worse, just this month, the Center for Medicaid and Medicare Services (CMS) announced that it will soon apply the CDC guidelines to everyone insured via Medicare, which means that patients on high doses may find themselves cut off without much—or any—notice.

Doses outside the guidelines—except in end-of-life care—could soon trigger a process that prevents pharmacists from filling prescriptions. Yet that process for other exceptions is not yet clear, according to Stefan Kertesz, associate professor of preventive medicine at the University of Alabama, who has corresponded with the agency. (VICE reached out to CMS for comment, but the agency did not provide one prior to publication.)

“If a doctor could anticipate the need for special approval, and if he or she could obtain it in a rapid fashion, this process might not cause serious harm to patients,” Kertesz says. “However, we have no basis for expecting that kind of fluid rapid and clear communication in the history of managed care… I’m worried that the mechanics of how this will be implemented would result in patients being thrown into acute withdrawal, which would be medically risky.”

The Medicare plan seems to be based, at least in part, on a white paper written in collaboration between insurance companies and academic researchers. And according to Kertesz, insurers often extend policies that originate in Medicaid and Medicare to their private patients. What this means is that soon, anyone—either on Medicare, Medicaid, or privately insured—who takes a dose of opioids that is outside the CDC’s acceptable range may be pressured to cut down or stop the medications entirely, even if the same meds are keeping him or her functional and productive.

“It’s like a runaway freight train,” says Pat Anson, a journalist who covers these issues for a specialist publication, the Pain News Network.

Indeed, in every other area of medicine, “personalization” and “individualized care” are the buzzwords—but not when it comes to opioids.

Meanwhile, the crackdown isn’t curing people with addiction, even if it does see
m to be shifting them to heroin. The result, among other things, has been more death: Just this past week, in fact, the CDC released data showing yet another jump in the overdose death rate, even though prescribing has continually fallen since 2012. According to the study, the proportion of overdose deaths involving heroin has tripled since 2010, while those involving prescription opioids have fallen. It’s not really in dispute at this point that being cut from medical opioids can send people in search of riskier street drugs, sometimes cut with the super potent fentanyl and its derivatives.

But in the regions hardest hit by opioid problems—yes, these are some of the same areas that fell unexpectedly hard for Trump—opioid deaths are not the only kind of mortality on the rise. Deaths from suicide and alcoholism have risen, too—and the rise has been so large for whites that it has paused what once seemed like inevitable increases in lifespan in successive generations. Neither of these causes of death can be blamed solely or even mostly on increased opioid supply; instead, the trend points increasingly to an underlying common cause: the slow-motion economic collapse of these communities.

“These tend to be places that were once dependent on manufacturing or mining jobs and then lost a chunk of those,” explains Shannon Monnat, assistant professor of rural sociology at Penn State, who has published research on the Trump-voter-death-rate connection. “They tend to have experienced a decline or stagnation in median income. They have higher rates of poverty. It’s really that these are downward-mobility counties.”

“These tend to be places that were once dependent on manufacturing or mining jobs and then lost a chunk of those,” explains Shannon Monnat, assistant professor of rural sociology at Penn State, who has published research on the Trump-voter-death-rate connection. “They tend to have experienced a decline or stagnation in median income. They have higher rates of poverty. It’s really that these are downward-mobility counties.”

Opioids seem to be hitting these communities hard for the same reason crack was so devastating in black neighborhoods in the 1980s and early 1990s. Basically, not only did the drugs themselves provide escape and relief from distress, but they also offered one of the few avenues of economic opportunity: jobs in the drug trade.

Overwhelmingly, these rural addictions do not start with medical use, which reflects national patterns. However, a critical factor in their stories is childhood trauma, according to Khary Rigg, assistant professor in the Department of Mental Health Law and Policy at the University of South Florida. “These are folks who primarily are using painkillers, but also heroin,” he says before describing how the interviews he conducts with participants involve telling their stories chronologically. “They start talking about really, really intense traumatic experiences: rape, things like child abuse, molestation, witnessing someone die.”

Traumatized people seeking emotional relief are not going to be fixed by cutting off one source of their drug supply. Nor are patients like Anne. To wit: When yet another doctor recently stopped prescribing and she was forced to lower her dose to near the CDC-recommended levels, Anne fell out of her wheelchair and broke two crowns she’d just had placed on her teeth.

“My whole body was like, one shaking, jerking mess,” she says.

The Medicare changes are open for public comment until March 3 at: AdvanceNotice2018@cms.hhs.gov..

*Last name withheld to protect the patient’s privacy and to avoid undue scrutiny falling on her current doctor.