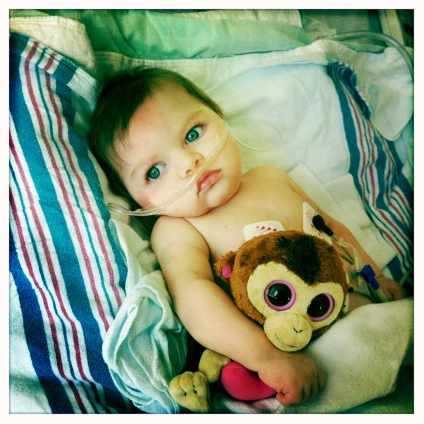 Medicaid Was the Only Insurance That Tried to Save My Daughter

From the start, each of my twins, Roan and Lula, were different in every way. In 2010, Roan burst onto the scene with a garrulous yelp; his sister was shatteringly silent. The reason became clear in time. Lula had a de novo genetic mutation, which means that it was not inherited and therefore could have afflicted any baby. It disabled her in a multitude of ways, none of which showed up in any prenatal tests or sonograms. Suddenly, we entered two parallel universes: parenting a healthy child and parenting a disabled child, and, with them, forced into the morass of American healthcare.

Within 18 months, Lula was covered first under private insurance, then a state HMO and, finally, when neither could cover her costs, Medicaid. Our experiences with each are why I am terrified by Paul Ryan and Tom Price’s proposals to rein in Medicaid spending through block grants to states, which could lead to widespread cuts to the program. For many disabled children in the U.S., Medicaid is not “insurance” in the sense of being there only if you need it, because there never was an “if”. Lula’s life depended on a network of medical experts, therapists, supportive equipment and caregivers that we otherwise would not be able to afford. Deny a disabled person’s right to uncompromised care, and you might as well deny their right to exist.
Both of my babies were supposed to be covered under my private self-paid insurance. The insurance company immediately paid for Roan’s healthy delivery and hospital stay, but even though Lula and Roan shared the same birth, it rejected Lula’s bills with obscure coding technicalities. For months we fought with our insurers while the hospital threatened us with an $80,000 bill.

Because of New York State’s Child Health Plus program, we were able to enroll the kids in a state-sponsored HMO once they were born. As soon as my insurance company got wind of Lula’s new coverage, they demanded that we pass the hospital bills off to the state. After dutifully paying for my private insurance for a decade, they couldn’t get rid of me fast enough as soon as I really needed them.

At four months old, Lula had to get a feeding tube inserted through her belly. She required feedings every three hours, twenty-four hours a day. My husband and I lasted four days doing it ourselves before we realized we needed in-home nursing care. The HMO would not approve the hours we needed, so we hired someone out-of-pocket and burned through over $20,000 in three months for a night nurse who was not even medically trained. I had to leave my job as a freelance photo editor. My mom, a registered nurse, had to take an early retirement to move in and help us care for the babies. My husband, who owns a small business building sets, had to figure out how to support us.

Every medical professional we saw told us to get Lula onto Medicaid — and fast — because the HMO would stop paying once we reached the coverage limit. The first challenge was finding a doctor who accepted it. None of our local pediatricians took Medicaid. There is no requirement to do so, and the low reimbursement rates, paperwork and sheer coordinating required for medically complex kids deters any for-profit business from doing so. I came to understand why we never saw a kid like Lula playing with the wooden kitchen at Roan’s doctor’s cheerfully wallpapered office.

We wound up at the pediatric clinic at Bellevue Hospital Center, where we found our tribe of fellow broken babies: the ones with cerebral palsy, trisomy 18, Down’s Syndrome, severe ASD and a menagerie of birth defects and genetic abnormalities. There they sat in the vast waiting room in $4,000 wheelchairs, hooked up to ventilators, feeding tubes, oxygen tanks and suction machines. Some of them had come from home via ambulance, and many of them had in-home nurses at their side. Every last one of them was on Medicaid.

Children like Lula cost an enormous amount of money to care for, beyond what even a wealthy family with great private insurance could manage. I know a big-time law partner whose son now lives in a residential school, partly because even his family could not afford the sort of 24-hour care he needed at home. Medicaid also costs the government money but much of it recirculates in the economy as salaries for healthcare workers, therapists and special educators.
Opponents of the current Medicaid program may look at the dollars only and not the human beings behind them. Cost-benefit analysis has its place in how we look at policy, but it can’t quantify the immense contributions of disabled people to our country and the value in being a society that sees disabled rights as basic human rights. Letting the market sort out pricing for people with disabilities will lead to limits in medical options that will lessen the quality of their lives and hasten their deaths.

At 18 months old, Lula contracted pneumonia. Her doctors tried everything short of a ventilator to keep her alive. My husband and I made the agonizing decision not to intubate her. We had every medical option available to us, but we knew that further interventions would have forced her to stay alive for us with considerable pain to her. We were given the space and time we needed to make the decision privately as a family. Lula passed away in my arms, peacefully, loved and valued for her brief, immense spirit.

We have a medical caste system that breeds resentment toward its most vulnerable recipients. But it’s ultimately both naive and inefficient to segregate the “disabled” (or the poor or those with pre-existing conditions or the young or the old) from the healthy and then decry how much more their care costs. After all, one day we will all be “them”: We are all anchored by birth and death, and every one of us will need to be cared for by others at some stage. How we treat the disabled population will be, in the end, how we treat everyone. 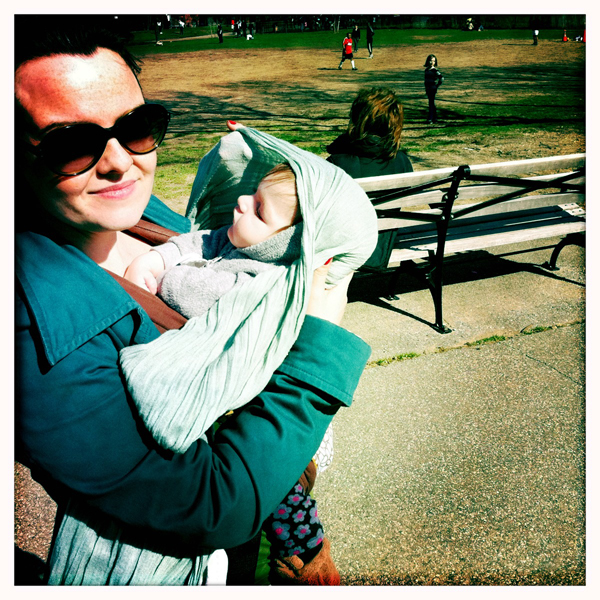