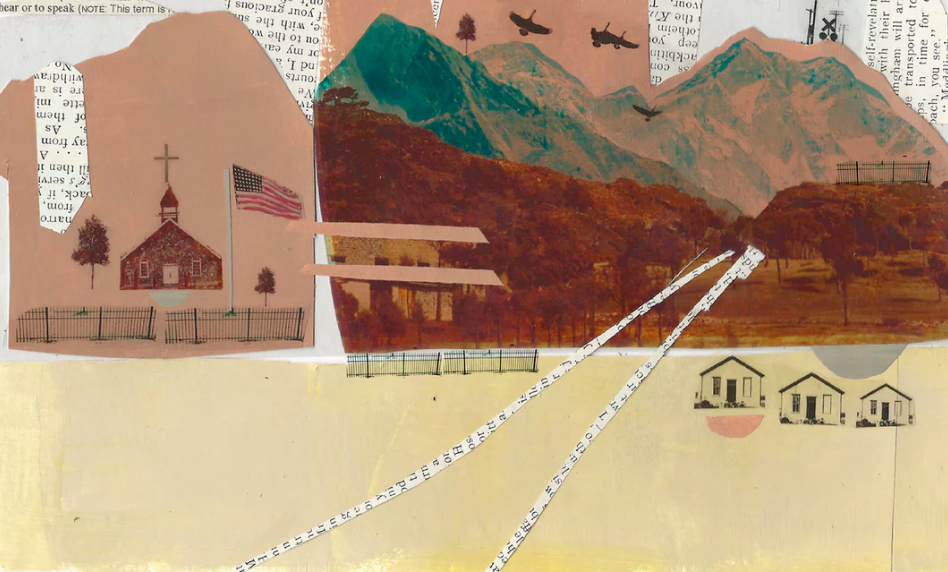 On the Ground: our project will commission reporters based in all corners of America. Illustration by Rosie Roberts
Inequality

Sarah Smarsh is a journalist, but she’s not typical, at least not by national media standards. For starters, she’s a fifth-generation Kansan who grew up below the poverty line, feeding livestock and helping grow wheat on a small farm. She got her first taste for investigation and justice by following her grandmother, a probation officer, at the county courthouse in Wichita.

Growing up, she rarely read about people she knew – farmers, carpenters, factory and restaurant workers – in the mainstream media. After more than 15 years covering Kansas politics and culture on the ground, she’s more committed than ever to her home, and to people often stereotyped or misunderstood in national coverage.

Her body of works spans a range of subjects as varied as they are deeply political. She wrote about teeth – hers, her grandmother’s and the millions of Americans who can’t afford dental care. She wrote about waitressing at Hooters. She wrote about working-class feminism and migrant builders. And she wrote about how the media just didn’t get who really voted for Donald Trump. Hint: it wasn’t only America’s blue-collar workers or its so-called “hillbillies”.

Reporters and commentators like Smarsh, already few in number, have become an endangered species because local newsrooms across the country have been cut to the bone. At their peak in 1990, US newspapers employed 56,900 people full time in newsrooms. Jumping to 2015, that number had plummeted to 32,900 – with the bulk of the casualties coming from local publications. Up to 73% of the news jobs that remain are on the typically Democratic east or west coasts – the so-called “media bubbles”.

This problem became obvious in the aftermath of the 2016 election, with newsrooms admitting they got some things wrong and calling for journalists to get better at going out on America’s byways and talking to the multitudes on the ground.

Some serious media self-examination ensued: were large parts of the country really ignored by national outlets? Did editors miss what mattered to Americans who do not live in New York, Washington DC or Los Angeles?

While their answers revolved rightly around income inequality and cultural clashes, something else was forgotten: rural voices have been quieted by the decimation of local news.

There are some solutions to this crisis, and the most obvious one is to give a platform to writers who already know their communities and can identify what’s most crucial about them long before reporters who live thousands of miles away.

This is why the Guardian and the Economic Hardship Reporting Project (EHRP) are joining forces to further burst “media bubbles” and cover areas of America that have been underreported.

We’re calling it On the Ground: reporting from all corners of America. The series is funded in part by a grant from the Rockefeller Foundation to support the Guardian’s reporting on wealth inequality in America. The Rockefeller grant will fund a broader Guardian project called Inequality and Opportunity in America, focused on economic disparities due to work, class and inequality. (EHRP is supported by OSF and JPB).

You will see writing by reporters such as Elliott Woods, a Montana-based Iraq war veteran who’s also a sustenance hunter. Woods’ recent piece about threats to the American rancher’s way of life is sterling example of the kind of reporting that happens when writers spend time on the ground.

You will also read Alison Stine, who lives in rural Ohio, writing about inequality in parts of the country where she herself has struggled economically. We also hope to sustain the kind of journalism that happens when first-hand experience and journalistic skills collide. What results can be empathetic and serious. And by seeking nuance rather than clickbait, it also acts as an antidote to “hillbilly shaming”.

Writers like Woods want to cover Montana because they have personal empathy for citizens of “flyover country”. The views of regional working-class people are often more paradoxical, personal and surprising than what is reported, which is why Woods and Smarsh want to build bridges between readers on both coasts and the people they really know.

On The Ground will include all of those reporters, as well as others in Ohio, Arkansas, West Virginia, Oklahoma and Texas, among other places. We will also strive to build collaborations with newsrooms, big and small, around the country to co-publish work.

Of course, Woods is also worried that even his accounts fail to make it back “to the community that they are supposed to represent”. Part of it is a sense of insiders versus outsiders, where even those who leave and return to write about it, like JD Vance and his book Hillbilly Elegy, might be seen by some, in Woods’ words, “as putting on airs”.

But there’s a way to get this right: by commissioning writers with intricate knowledge of their communities who are able to spot a key topic where they live way before reporters in the big coastal cities.

This is the approach we’ll be taking. It gives us some reason for hope amid a fractured, extreme and now often fiction-filled journalism landscape.