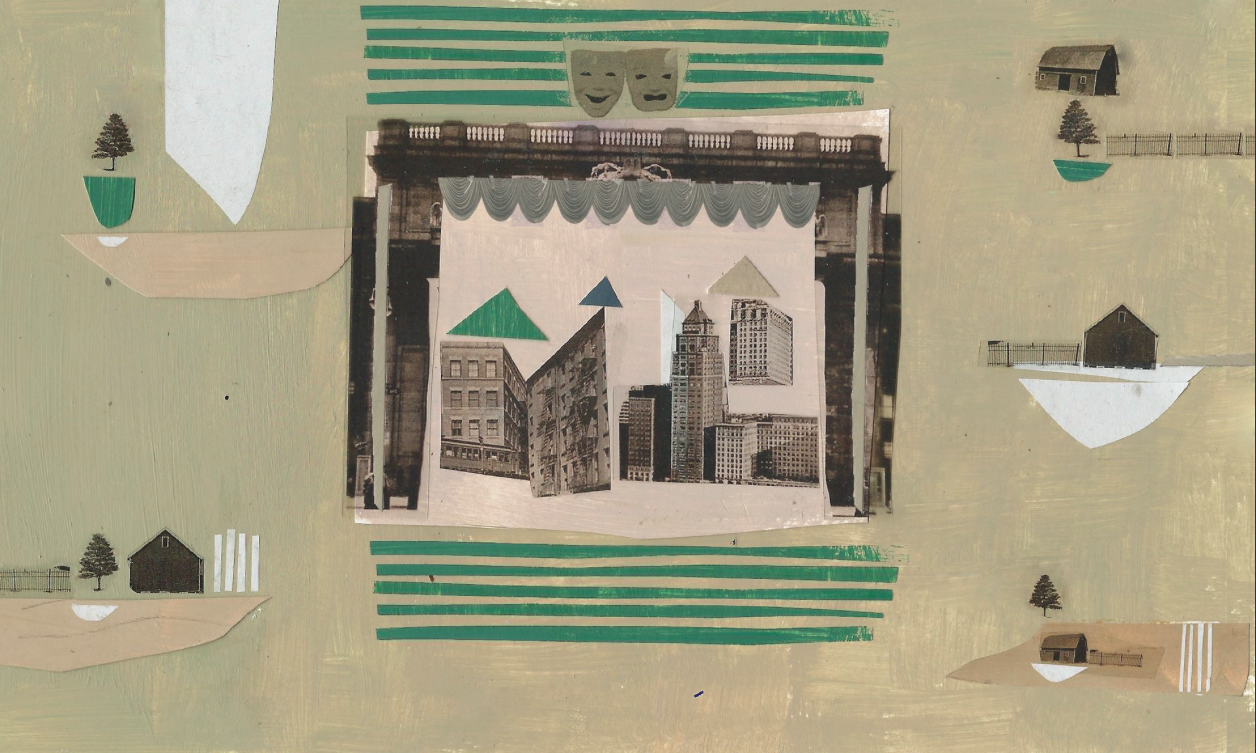 ‘The feeling of cultural inequality comes out of the perception that it is urban culture that gets everything’. Illustration by Rosie Roberts
Culture

Last week, Donald Trump Jr went on another tear against New York City elites. He retweeted rightwing pundit Harlan Z Hill: “Events like today are exactly why we took issue with NY elites glorifying the assassination of our president.”

The reason for this recent outburst was the Public Theater’s production of Julius Caesar in Central Park, featuring the assassination of a Trump-like Caesar. The resulting melee prompted an exodus of Public Theater benefactors – Delta and Bank of America pulled their funding. A far-right protester called the audience “Nazis” and another rushed the stage.

A social media fight about Shakespeare could seem like a boutique spat, but it’s about a lot more than that: it’s the latest iteration of a war against the cultural elite waged by the president’s inner circle – including Trump’s sons and Steve Bannon. (During the election, Ted Cruz also attacked “New York values”.)

At the heart of it, the controversy is also about what a few have called “cultural inequality”.

What is cultural inequality, you may ask?

It is one way to understand the suspicion a chunk of Americans have – correct or not – that only a small, elite slice of the country defines what tastes and values are acceptable. I think this feeling was shared by some of the voters who went for Trump – as well as Brexit beforehand. Trump, a masterful populist, has manipulated this very real bitterness, raising his 18-carat pitchfork against “liberal elites” for his own political gain.

Kathy J Cramer, a political scientist at the University of Wisconsin, has seen this sentiment in her fieldwork. “The feeling of cultural inequality comes out of the perception that it is urban culture that gets everything,” she says, meaning that her interview subjects feel that cities are receiving inordinate financial rewards as well as media attention and cultural respect. They believed this partly owing to what Cramer called their “rural values” – tastes and beliefs that they feel have been overlooked or cast aside – rather than their class position.

Cramer remarks: “People are saying, ‘What an idiotic move to kill Julius Caesar – the Public Theater is so anti-Trump, New York City is being so disrespectful of the president,’ when the actual play is saying that it’s not Caesar alone but the whole system around him is also messed up. But we are so divided right now that we can’t even see that that’s the point of the play.”

Cramer tells me that some of her research subjects have complained they are portrayed as “caricatures” in popular culture. They may also reach for the cultural inequality storyline when they try to describe “what’s happened to them,” she says: many have lost their jobs and say their voices have been left out of the national conversation. “If you are feeling like you are in a really difficult situation, you can find someone or something to blame,” Cramer says, trying to get in her interviewees’ mindsets.

But there is also a more positive understanding of the power of rural values among her subjects, Cramer says.

The people she talked to see themselves as living at a “slower pace of life that’s not ‘go, go, go’ constantly.” They “know their neighbors,” she says, and they take time for people in their lives. They are not “always on cellphones, in a state of high stress.”

In other words, a cultural elite may be disliked for reasons that are as not particularly economic: college professors, experts, NGO staffers and psychotherapists are not corporate titans, after all. It’s a new variation of an old-fashioned populism that is anti-intellectual and anti-expert.

Trump and his family may be mining this anti-elite anger, but they are, of course, preposterously upscale, living in Trump Tower, attending expensive private schools, flying about in private jets (now with in-flight Secret Service) and dining in five-star restaurants.

Part of how they’ve gotten away with it is that they, like Bank of America, are part of a corporate elite rather than cultural elite. And nowadays the cultural elite can have a markedly different ethos than its corporate brethren.

So writes Elizabeth Currid-Halkett in her book The Sum of Small Things: A Theory of the Aspirational Class. For instance, stuff with logos no longer signals of social status for the cultural elite – they are too easy to obtain now. The cultural elite prefers “subtle expenditures that reveal status and knowledge” such as spending on branded universities and tony graduate degrees. It also includes purchasing organic apple sauce for their their children and subscriptions to the New Yorker for themselves – the kind of choices Currid-Halkett calls “inconspicuous consumption”.

To be sure, many cultural elite pastimes are easily mocked and annoying. Even as I partake in at least some of them: almond-milk-cold-brew-drinking, NPR-listening, thought-leader-following, wood-sandal-wearing, Zadie Smith-reading … I imagine that those protesting Julius Caesar didn’t just hate that their fearless leader was referenced in a New York production, they also resent its “tasteful” audience that likes political, non-traditional versions of classic theater.

Cultural inequality may, in other words, have an authentic catalyst and inspire irritation and feelings of exclusion. Nonetheless, Republicans are benefitting from the cultural resentment of their non-elite electorate. They also aren’t proposing anything that could make life better for the people who actually live in small towns or in “flyover” states.

After all, someone who truly worries about cultural inequality might try to improve broadband access in rural communities, where populations may be underserved or even unserved, and may certainly be left behind professionally and culturally by it. (Let’s see how well the bipartisan bill along these lines actually does.)

A political party would invest in better schools and libraries (and I am not saying the Democrats do this that much, either). They’d build arts organizations locally, or even fund ones that exist – groups like the non-profit Appalshop in Appalachia, or the Institute for Rural Journalism and Community Issues in Kentucky.

Of course, if any political party tried to help, perhaps some of the anger at cultural elites might begin to subside, although who really knows. And if that resentment subsided what would the Republicans do in 2020? As Julius Caesar might say to them:

“Men at some time are masters of their fates: / The fault, dear Brutus, is not in our stars, / But in ourselves.”