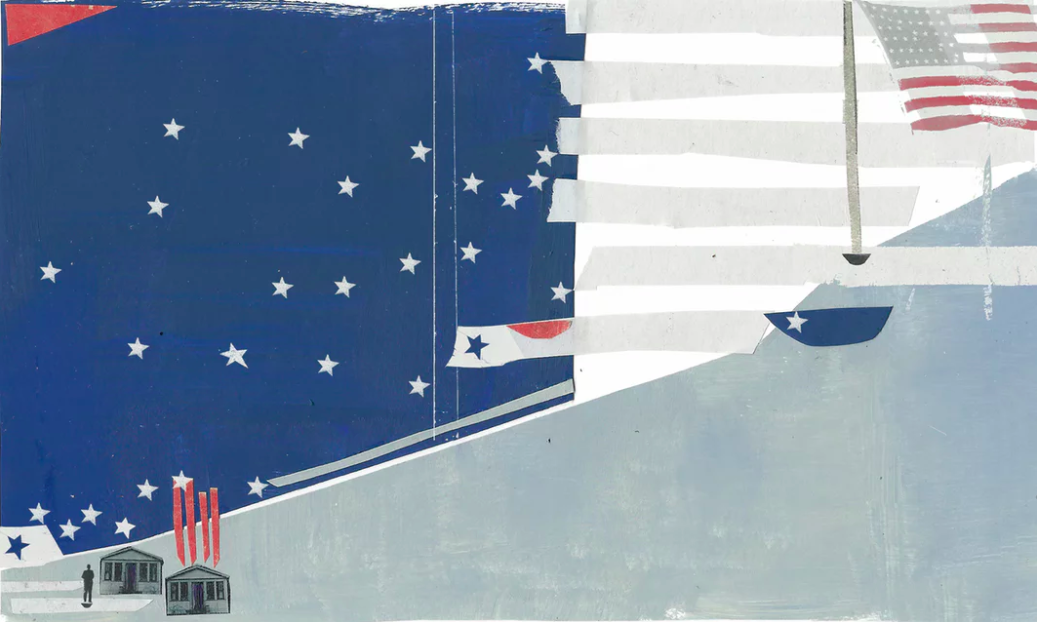 ‘Among the wealthy, biases allow society’s winners to believe that they got where they are by hard work alone’. Illustration by Rosie Roberts
Inequality

Why Do We Think Poor People are Poor Because of Their Own Bad Choices?

Cecilia Mo thought she knew all about growing up poor when she began teaching at Thomas Jefferson senior high school in south Los Angeles. As a child, she remembered standing in line, holding a free lunch ticket. But it turned out that Mo could still be shocked by poverty and violence – especially after a 13-year-old student called her in obvious panic. He had just seen his cousin get shot in his front yard.

For Mo, hard work and a good education took her to Harvard and Stanford. But when she saw just how much chaos and violence her LA students faced, she recognized how lucky she had been growing up with educated parents and a safe, if financially stretched, home.

Now, as an assistant professor of public policy and education at Vanderbilt University, Mo studies how to get upper-class Americans to recognize the advantages they have. She is among a group of scholars trying to understand how rich and poor alike justify inequality. What these academics are finding is that the American dream is being used to rationalize a national nightmare.

It all starts with the psychology concept known as the “fundamental attribution error”. This is a natural tendency to see the behavior of others as being determined by their character – while excusing our own behavior based on circumstances.

For example, if an unexpected medical emergency bankrupts you, you view yourself as a victim of bad fortune – while seeing other bankruptcy court clients as spendthrifts who carelessly had too many lattes. Or, if you’re unemployed, you recognize the hard effort you put into seeking work – but view others in the same situation as useless slackers. Their history and circumstances are invisible from your perspective.

Here’s what has gone wrong: hard work and a good education used to be a sure bet for upward mobility in the US – at least among some groups of people. Americans born in the 1940s had a 90% chance of doing better economically than their parents did – but those born in the 1980s have only 50/50 odds of doing so.

As the dream has faded, however, its effects have not. Several elements of normal psychology combine to keep many across the economic spectrum convinced that the rich and the poor deserve what they get – with exceptions made, of course, mainly for oneself.

This error “lays the groundwork for beliefs that would tend to justify [systemic] inequality,” says Arnold Ho, principal investigator for the psychology of inequality lab at the University of Michigan.

A great example of what the fundamental attribution error looks like in real life can be found in the bestseller Hillbilly Elegy. JD Vance writes of seething with resentment as he worked as a teen cashier, watching people commit fraud with food stamps and talking on cellphones that he could only “dream about” being able to afford.

From his perspective, the food-stamp recipients were lazy and enjoyed selling food to support addictions rather than working honestly. But he had little idea how they saw it from within – whether they were using illicitly purchased alcohol to soothe grief, pain and trauma; whether they were buying something special to celebrate a child’s birthday; whether the hard life that he had been able to manage had just gotten the better of others who were born wired differently or who didn’t have any supportive family members, as he did with his beloved grandmother.

Another instance can be seen in this quote found in an article in the Washington Post about immigrants from a retired factory worker in Pennsylvania: “They’re not paying taxes like Americans are. They’re getting stuff handed to them,” the retiree complained. “Free rent, and they’re driving better vehicles than I’m driving and everything else.” He may not have known – or didn’t care – that immigrants do pay taxes (and so do millions of undocumented immigrants) or that they don’t typically get free rent either.

Indeed, this type of complaint – that undeserving people “cut the line”, as sociologist Arlie Hochschild puts it – is so common in coverage of Trump voters that it was recently caricatured by Katha Pollitt in the Nation: “‘I played by the rules,’ said retired rancher Tom Grady, 66, delving into the Daffodil Diner’s famous rhubarb pie. ‘Why should I pay for some deadbeat’s trip to Europe?’”

Another aspect of this phenomenon is known as “actor-observer bias”. When we watch others, we tend to see them as being driven by intrinsic personality traits, while in our own case we know that, for example, we acted angrily because we’d just been fired, not because we’re naturally angry people.

“We tend to see the world through our own experiences,” explains Stephen Pimpare, lecturer in American Politics at the University of New Hampshire and author of the forthcoming Ghettos, Tramps, and Welfare Queens: Down and Out on the Silver Screen. “We often think it is structure or circumstance that constrains our choices, but it’s the behavior of others that alters theirs.”

In other words, other poor people are poor because they make bad choices – but if I’m poor, it’s because of an unfair system. As a result of this phenomenon, Pimpare says, poor people tend to be hardest on each other. He gives the example of a large literature in anthropology and sociology about women on welfare published since the 1980s. “It finds over and over again that some of nastiest things you ever hear about women on welfare come out of the mouths of women on welfare.”

For instance, one woman will talk about how another down the hall is lazy and sits around, exploiting the system – even though her own behavior could be viewed from the outside as virtually identical. Some will even go so far as to deny that they even get welfare payments, he adds.

Biases about the nature of inequality, of course, don’t only affect poor people.

Among the wealthy, those biases allow society’s winners to believe that they got where they are by hard work alone and so they deserve what they have – while seeing those who didn’t make it as having failed due to lack of grit and merit.

“The myth of meritocracy turns out to be deeply anti-meritocratic,” says Richard Reeves, author of Dream Hoarders, a new book that suggests that it’s not only the 1% who need to take a look in the mirror when complaining about inequality – more like the top 20%.

“It’s something of vicious circle,” he says, describing how rising inequality increases physical and geographical seg
regation by class, which then reduces cross-class contact and decreases the ability to interact and empathize. Less empathy then fosters greater political polarization and justification of inequality, which in turn causes the cycle to repeat.

Cecilia Mo’s experience of the effects of inequality on education came during a stretch with Teach For America, a selective program that allows top university students to spend two years teaching in poor communities. It inspired her to study that organization, to learn whether close contact with people across class can change attitudes.

She figured that the elite students who wanted to join the program were already inclined to see structural disadvantages but found that, even for them, real experience deepened their commitment.

Intimate contact – such as the experience if teaching in the inner city, mentoring, other types of services that allow people to connect despite class difference – builds empathy. The more you engage with people unlike you and learn about their lives and stories, the harder it is to see them as stereotypes or to dismiss their challenges as trivial.

While not everyone can participate in such intense service, the more we can recognize biases in ourselves, the less likely we will be to fall prey to them.