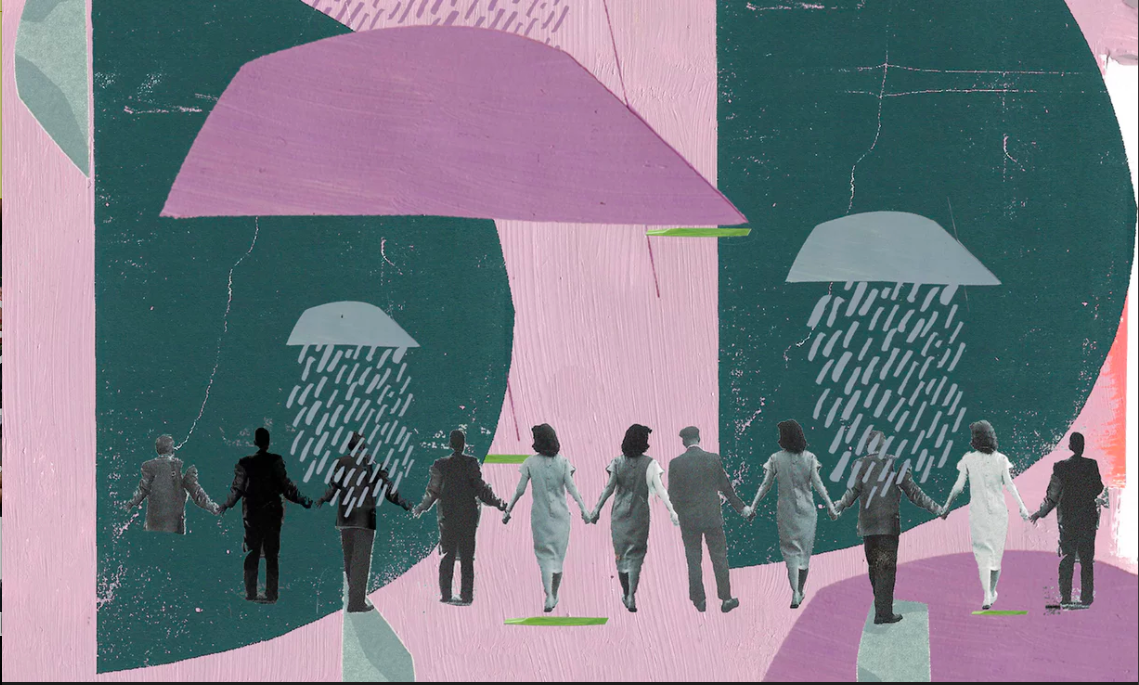 In 2016, Louise Vincent lost both her teenage daughter and her right leg. The leg had been injured in a car accident; after doctors failed to treat her pain effectively, she ultimately relapsed into opioid addiction and an infection festered.

Her daughter, Selena – who, like her mother, had diagnoses of both addiction and bipolar disorder – died at 19 of an opioid overdose while in rehab. Her mother had sent her away to try to protect her. But the program turned out to be so negligent that it had no overdose protocol or antidote on hand.

Still, Vincent, a 41-year-old native of Greensboro, North Carolina, hasn’t let the discrimination and neglect that drove her losses destroy her. She’s gotten passionately involved in two organizations that take an entirely different approach to people who use drugs.

Those organizations saved her life – but not in the way you might think.

Vincent is the hepatitis and drug user health coordinator for the North Carolina Harm Reduction Coalition; she’s basically the woman to see if you need clean syringes or the overdose antidote naloxone in Greensboro. She has personally used it to reverse hundreds of overdoses. She’s also the chapter president for the local branch of the Urban Survivors’ Union: a group of people who use drugs organized to fight the criminalization and stigma that harm those they are supposedly intended to help.

Working to create a web of support for people like her is what sustains her.

While Vincent’s story is an extreme one, it shows how social ties (or social capital) are critical for surviving a world marred by rising inequality. Understanding it better could be key to help solve the overdose epidemic.

So what is social capital, and what does it matter?

“It involves the extent and depth of social connection, trust and social norms,” says Michael Zoorob, a graduate student at Harvard who recently co-authored a study exploring the connection between lost social capital and overdose. “The strength of community is the most succinct way to describe it.”

As inequality has risen in the US, social capital has fallen. One way of measuring it is via a survey question about whether “most people can be trusted” or “you can’t be too careful”. In the 1970s, about half of Americans thought that most people are trustworthy – but by 2012, that figure had fallen to just under one third. Other ways of quantifying social capital include measures of civic involvement. These include voting and participation in local volunteer or political groups – and social capital has generally declined on these measures as well.

A study of people in addiction treatment in McKeesport, Pennsylvania – a deindustrialized former steel mill town near Pittsburgh – also highlights the problem. Overdose here is associated with job loss and poverty: the highest rates are in the counties most devastated by lingering unemployment.

This mirrors the pattern nationally: while the press has labeled the opioid epidemic as being worst among the middle class, what is really going on is that journalists often use “middle class” as a code word for white. In fact, the people most likely to suffer from addiction are not those with decent education, jobs and prospects, regardless of race.

In her survey of McKeesport addiction patients, Katherine McLean, an assistant professor of sociology at Pennsylvania State University, found that, without being prompted, they themselves overwhelmingly linked their problems to the hollowing out of their community.

“When you ask them, ‘Why do you think people overdose?’ instead of talking about an abundance of heroin or profiteering doctors … they talk about a lack of jobs, how incredibly depressed the area they live in is and that no one really seems to care for them,” she says, describing a “vacuum of social solidarity in the area”.

“It was robust,” says Zoorob, noting that when factors like income, education and even the level of opioid prescribing were taken into account, the link between low social capital and high rates of overdose mortality remained strong.

In Greensboro, Vincent has seen the same forces at play. The child of a professor and a high school teacher, she grew up in a middle class home with a strong emphasis on academic achievement; she has a master’s in public health. But her addiction, which was driven by her treatment-resistant bipolar disorder, has meant that she has struggled financially for much of her life and seen the sharp end of inequality personally.

What keeps her going is support from her mother and her involvement in activism.

“I was in a wheelchair and had been run over,” says Vincent, describing how she got involved with the Urban Survivors’ Union (USU) in 2013. Even though she had been abstinent when a hit and run driver injured her leg, doctors refused to treat her pain adequately. “Things were tough and they were really very welcoming,” she says of the people she met at a drug policy conference in Denver, who founded the group.

In essence, she says, the USU told her, “We love you for who you are and we understand who you are.” Unlike so many in the medical system, they didn’t judge or reject her because she took drugs. (The group’s name comes from its start in cities, though it now has rural branches.)

After returning home, Vincent helped found a local chapter, which has about 30 active members. Their care and her own work at the needle exchange helped her through struggles with her own drug use and with accepting the need to have her leg amputated. “We actually ended up having a really strong group,” she says, adding that it “represents a lot of hope for a lot of people here.”

When she got that dreaded phone call from a hospital informing her that Selena had died, Vincent was stunned, undone by grief and rage. Not surprisingly, she sought heroin. But her dealer – a friend she’d taught to educate his clients about overdose risk and how to get the antidote, naloxone – said no.

“He said, ‘Girl, I don’t think this is safe for you … please don’t do it,’” she recalls, describing how he spent hours trying to help her through the pain. These days, she’s stable, productive and much healthier.

In Zoorob’s work, researchers explored several possible explanations for how social capital can protect against overdos
e – and all of them can be seen in Vincent’s story.

For one, having a job and a relationship to others in your community matters. In her case, she knew that the needle exchange program largely depended on her at that time; if she gave up, it wasn’t yet strong enough locally to be sustainable and the hundreds of people who relied on it to avoid disease and overdose would have nowhere else to go. “The work wouldn’t let me stop,” she says.

Secondly, recovery from addiction and other mental illnesses relies heavily on social support: whether someone recovers through abstinence sustained by a 12-step group like AA or via support from family and friends or groups focused on reducing harm related to drugs, research shows that being socially connected is strongly linked with success.

Indeed, this is seen as so important that researchers now see it as a subset of social capital they have labeled “recovery capital”, and study what types of organizations and interventions are most conducive to growing it.

Zoorob also notes that people with more social capital are more likely to know how to intervene to save overdose victims – and more likely to be able to get medical attention for them. The tragedy of Selena’s death is compounded by the fact that if anyone else at the rehab had overdosed, she had the training to know how to help, even if the antidote wasn’t quickly available. Vincent’s work – and her way of saving her own life and reweaving community – is to ensure that the lives of others like her daughter are valued more and neglected less.

To fight overdose, we need more solidarity. Seeing some kinds of people as worthless – rather than valuing everyone as human – can rob us of the perspectives we need most in order to make effective drug policy.