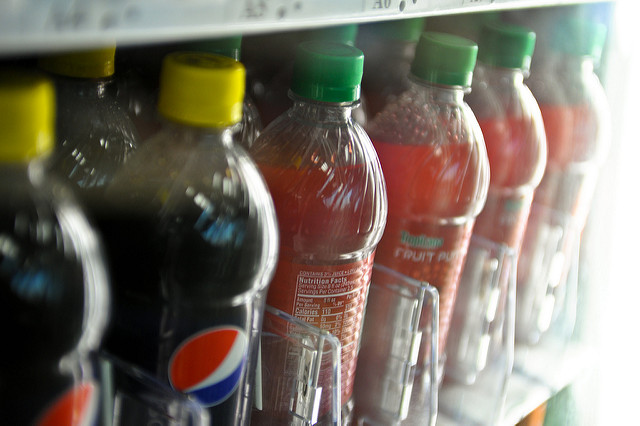 If We Don’t Focus On Why People Overeat, We Will Never Solve Obesity

Trinity Wallace-Ellis first recalls associating food with consolation when she was about eight. Her heroin-addicted father could explode in violence, sometimes beating her and her seven younger sisters. Afterwards, he was always regretful – and Trinity would come home from school to find a refrigerator filled with cakes and pies.

“From that point, I think, is when I equated food with comfort and food as a way of making things right,” she says.

Not surprisingly, Wallace-Ellis, now 39 and a successful foster care system consultant in California, has long struggled with her weight. Her emotional and intellectual resilience has made her a much-sought-after speaker, but her childhood still takes a toll on her health. Today, she has high blood pressure and diabetes. At times, she has weighed more than 400lb.

If policymakers want to fight obesity successfully, they’re going to have to reckon with stories like hers. Although some of her experiences are extreme, the underlying psychology and physiology are not. This suggests caution about enacting policies – like soda taxes – that view certain foods as addictive drugs.

A recent review of the research in the area, which included data from six countries, including Mexico and India, found that soda taxes do indeed reduce soda consumption. However, they also prompt substitution – typically fruit juices or milk. While these do have more nutritional value, they do not have fewer calories so it is unlikely that they will have long-term effects on weight.

The bottom line: without addressing why people overeat, obesity can’t be fought effectively. And, though it is not clear precisely what proportion of obesity is linked to trauma – or to the uncontrollable stresses associated with poverty – the correlations here are strong and parallel those seen in other addictions.

In Wallace-Ellis’s case, trauma permeated her childhood. Her parents split up when she was six, her stepfather drowned her two-year-old sister in a bathtub when she was nine, and then her mother abandoned the surviving girls. Neglect and sexual abuse were common experiences at home and later in some foster homes, where she and her sisters were sent.

“I learned early on that I was safer as the fat sister than one of the skinny ones,” she says. “They didn’t want the fat sister. It didn’t protect me in all instances but I think it protected me in a lot of instances.”

Researchers have only recently begun to understand how early life stress affects adult health. Understanding how her childhood altered her stress system and led her to seek solace in food helped Wallace-Ellis begin to recover. She only became able to change her diet once she learned to stop blaming herself for physiological changes that are a common result of traumatic experience, she says.

For researchers, an important piece of this puzzle began to fall into place with the publication of the Adverse Childhood Experiences studies, starting in the 1990s. The research began when the researcher Vincent Felitti started to notice a link between childhood trauma and obesity in his patients, and then went on to trace the histories of thousands of patients.

An “adverse childhood experience” – or ACE, as it has come to be known – was defined as repeated emotional, physical or sexual abuse, or witnessing domestic violence and other traumas. Emotional and physical neglect were added later as additional categories. Wallace-Ellis experienced every single part of this taxonomy.

Sadly, the research found that these experiences add up: the more types of trauma a child faces, the greater the effects on health. Further, living in poverty magnifies these risks in many ways: there’s a higher risk of parental incarceration, less access to treatment for addiction and other mental illness, and fewer resources to reduce adult stress and minimize the odds of abuse.

Like Wallace-Ellis, many of the study participants described overeating as having benefits – like comfort and protection from sexual abuse. Seeing bingeing as irrational and driven merely by “addiction” had obscured these problems.

Indeed, this is part of why our current narrative about sugar is too simple, whether it comes from Michelle Obama or from a billionaire like the former New York city mayor Michael Bloomberg. Sweets are among the few pleasures that almost anyone can afford; and research suggests that sugar may directly relieve stress, though there are certainly healthier methods.

But the problematic physiology of childhood trauma isn’t just self-inflicted by self-medication with sugar or other salves. Physical changes in the brain caused by early life stress can themselves increase blood pressure and inflammation – and consequently, risk of cardiovascular disease. Unfortunately, those at risk are frequently unaware of this, and self-blame increases shame and drives binges.

“You binge in secret because then it’s almost like the same cycle that any other addict goes through,” says Wallace-Ellis. “You say you’re going to do better. You’re not going to do it and then you get triggered and something happens and then you want to go and eat and then you feel shame and disappointment for not following through on what you said you were going to do, and then you think you’re disappointing someone so then you do it in private.”

Meanwhile, policies like soda taxes, which focus overwhelmingly on cutting supply, don’t account for the fact that people seeking relief don’t stop needing it if you make it harder to get.

Matthew Harding, associate professor of economics at the University of California Irvine, has studied how prices affect consumer behavior. In a study published earlier this year that examined data on 123m supermarket transactions, he and his colleagues simulated the effects of various types of taxes.

He found that, not surprisingly, if the price of one type of food rises, people will often shift to a cheaper substitute. However, certain products are less responsive to price changes, he says: it takes a much bigger tax to make people reject cupcakes or chips than it does to make them decide against broccoli.

Harding’s work suggests that taxing sugar across all products would prove more effective than taxing just soda, in terms of improving nutrition by reducing substitution across different sugary products. His analyses also found that fat taxes could work – again, because they minimize substitution within that group. A sugar tax, however, would have the greatest impact because it is often hidden in fatty foods, too, not just sweets.

And because poor people are more responsive to price, these types of taxes will have both the greatest positive and negative effects on them. In other words, they will be more likely to eat fewer sweets and gain less weight – but also experience less comfort and stress relief.

“There was nothing else that could soothe me; I didn’t know how to self-soothe,” says Wallace-Ellis of her early reliance on food. These days, she has a list of alternative behaviors, like walking, that help her manage stress. She works hard to have self-compassion, which is essential to keeping shame and bingeing at bay.

Appropriately specified taxes could be one tool for reducing obesity – but unless they are carefully targeted and combined with measures to help those who use food to self-medicate, they will just be cruel to their targets.

Co-published with the Guardian.