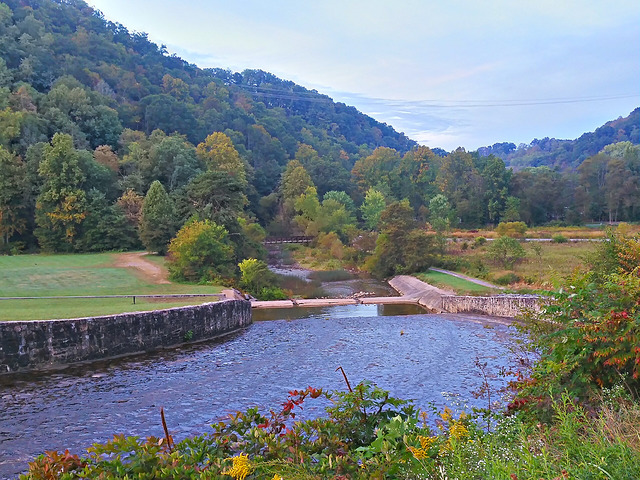 My Small Town is Being Poisoned by Fracking Waste

Some days, the air would smell acrid, sharp like bleach, and I would hurry from the car into the house. Other days, the wind seemed normal, unremarkable. I didn’t know why.

My south-eastern Ohio town in the Appalachian foothills is a small, rural place where the demolition derby at the county fair is a hot ticket, Walmart is the biggest store, and people in the even smaller villages surrounding the county seat must often drive for 30 minutes to grocery shop. We hold the unfortunate distinction of being the poorest county in the state: an area that is both stunning – rolling hills, rocky cliffs, pastures and ravines – and inaccessible, far from industry

The Hazel Ginsburg well, an injection well built in the hillside decades ago, was meant to deposit saline and sand underground into porous rock. For the last few years, however, the well has held waste from out-of-state fracking operations done in Pennsylvania, West Virginia and other states.

A forgotten byproduct of fracking is the waste. What goes into the ground must come out: a sludge of toxic chemicals and undrinkable water, which trucks ship across the country. Far from the drill pads, far from the cities that profit from fracking, far from any city at all, the leftover wastewater is injected into the ground – my county’s forgotten ground.

These hills once held coal. Some still do. Though many of the mines have shut down, coal’s legacy remains. Some streams in the woods run red from the acid leaking from abandoned shafts. My step-grandmother, the daughter of a Kentucky miner, used to tell me stories of washing her clothes in red water, downstream from mines. Coal companies exploited employees like her father, paying him in company scrip and keeping him poor and exploiting the land.

That kind of abuse continues. It has just changed shape.

Like the coal mines, which were often named to conjure up riches, fantasy and benevolence – the Century mine, the Freedom mine, the Rosebud mine – the injection wells of Appalachia have misleading, lovely names: Flowers well, Red Bird Injection well, Hazel Ginsburg. But the Ginsburg has a long history of violations, so many that the Ohio department of natural resources (ODNR) ordered it shut.

It’s a pit well, which looks like an old swimming pool, covered by a tarp. No sign indicates the presence of chemicals, just a “no trespassing” sign on a gate across a gravel driveway, near a wooden shack where a security guard sits. Allegedly, the guard will snap your picture if you stop or turn your car around. The well is located in a residential area, with houses – some with swing sets – just down the road.

In 2012, Madeline ffitch (whose last name is traditionally spelled lowercase and with the double ff, as per family custom) was arrested there. Her arrest was part of an action by a local anti-fracking group, Appalachia Resist. The then 31-year-old’s arms were locked into cement-filled plastic drums just before the gates, blocking the entrance.

The protesters had thought carefully about who should be arrested – a landowner, a young woman, they decided. Thought also went into what she should be wearing: jeans, a ball cap from a nearby business to make her look relatable, friendly, local.

Two years later, a local business owner, Christine Hughes, co-founder of the Village Bakery, was arrested protesting against another well site, as were seven others – including several of her employees, the co-owner of an organic farm, and the co-owner of a local mill and seed company.

My town called them “the Athens 8” and they were hailed as heroes. Ffitch and her young family continue to protest wells, despite the attempts of the fracking industry to, according to her, “paint anyone who is organizing resistance around this stuff as outsiders or extremists”. Her husband, Peter Gibbons-Ballew, was arrested in a peaceful protest in 2016, while ffitch watched, their baby strapped to her chest.

“It’s clear that impacted communities, mostly led by older women, indigenous people, and people of color, are fighting back,” she says.

Our local economy now depends on tourism and farming – specifically organic farming, which requires extra and costly certifications and inspections. These lush hills are good for hiding wells, as they once secreted moonshine stills. But the long, humid growing season makes this part of Appalachia an ideal place for many crops and wild specialties such as pawpaws (green, mango-shaped fruits with sweet, white pulp), black walnuts, mushrooms such as morels, ground cherries, garlic scapes and ramps.

By contaminating the environment with chemicals, fracking wastewater wells may threaten agriculture as well as the cabin rental businesses which thrive here. Canoe and kayak liveries, zip-lines, stables and campgrounds dot the woods.

People rent to hunters; the county is legendary for its record-setting bucks. But in 2016, ODNR began selling off land in the nearby Wayne national forest, the state’s only national forest. ODNR auctioned the land not just for injection wells, but for fracking itself: for drill pads, for bulldozed roads, for heavy truck traffic.

Work began immediately, with 40,000 acres – of the 240,101-acre woods – set to be razed and fracked. That ceased almost as swiftly as it began. In April 2017, an unprecedented 3.0-magnitude earthquake struck the forest, in an area with seven utica shale fracking sites within miles. Fracking in the Wayne national forest has been suspended, pending further review.

The trucks, though, keep coming.

Day and night, tanker trucks carrying “brine” pull up to the injection wells of my county and unload waste into the ground. Deliveries to injection wells happen 24 hours a day, a volume which is simply stunning: nearly 29m barrels injected into the ground of Ohio in 2015 alone, four million of those to my small county. 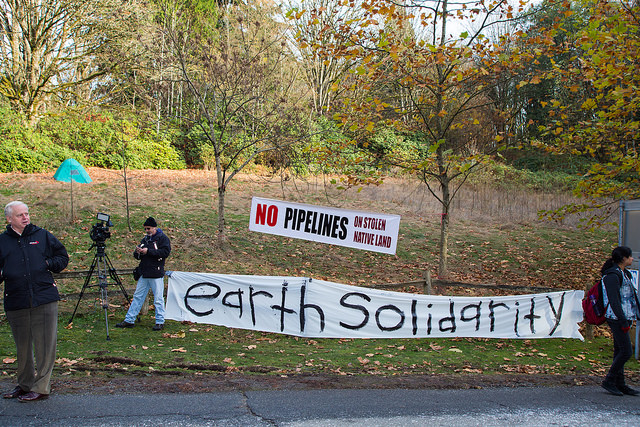 It can feel remote here to outsiders. A long hour and a half drive to the airport. Across state lines to West Virginia for a Target. I believe that’s also what drew fracking companies here – fewer people to make a fuss, and the kind of people that others sometimes don’t care about: the poor.

I believe it is significant that states chose to bury their fracking waste in the hills of Appalachian Ohio, in a county with a median household income of $19, 855; it’s hard to know what goes on in these hills. It’s hard to see what’s behind the trees.

And it’s hard to get answers as to what exactly the tankers contain, what they shoot into our ground. Chemical and Engineering News reported studies that analyzed spills of fracking wastewater – wastewater intended for wells like those in my town – and uncovered chemicals including radium and lead, which can linger in soil for decades.

Jason Trembly, associate professor of mechanical engineering and director of the Institute for Sustainable Energy and the Environment at Ohio University, describes two types of wastewater from fracking. The first, flowback water, “comes up during the first days after fracturing is completed … [with a ] very similar chemistry as the hydraulic fracturing fluid”. Flowback water can be filtered, he says, and “nearly 100% of this water is reused”.

But the second kind, called “produced water”, has “chemistry which is significantly different than flowback water … In particular, the produced water contains a host of components which are potentially problematic”. Components of this second kind of wastewater can include “suspended solids (TSS), bacteria, naturally occurring radioactive material (Norm), dissolved solids, and hydrocarbons”, and contain “materials such as barium and strontium”.

It makes sense to me that a solution to the wells might come not from outside, but from people like Trembly, working and living in Appalachia.

Partially because of isolation, and partially because of culture norms of stubbornness and self-reliance, people are used to doing things for themselves here – and used to the community helping the community, with a compassionate loyalty whose fierceness shocked me the first time the mechanic fixed my brakes for free out of kindness, the first time a neighbor left deer meat at my door.

Now it’s commonplace for me to shovel the snow from my neighbors’ place, or to drop off extra firewood at the driveway of rural friends.

I keep hoping more will be done to protect this place and the people who still live here, who build houses and try to maintain homesteads and plant crops and raise children who play on forgotten ground.

“You want to forget it,” begins the Appalachian-born Ruth Stone’s poem Garbage – but the fracking waste in the injection wells of Appalachia can’t be forgotten forever. It’s a dark secret that will bubble up, one way or another, before long.

Alison Stine most recent book is a novel, Supervision (HarperVoyagerUK).