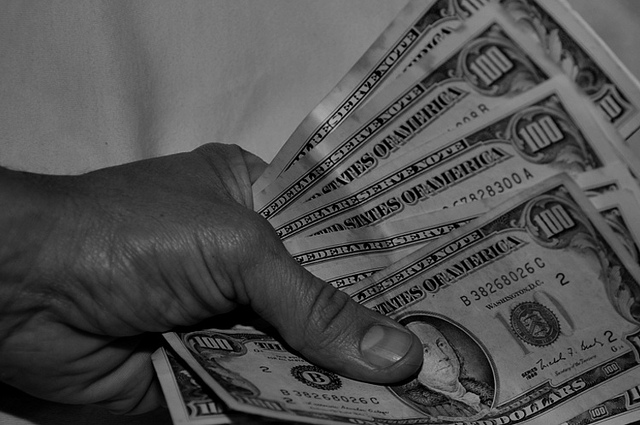 Meet the New Class Traitors Who are Coming Out as Rich

They are a minority in this country. Their rituals are often secretive. They have their own lingo, etiquette, schools, neighborhoods, and certain places they visit, seasonally. Typically, they partially hide their identities. But in the last five years, some have started to “come out”, not necessarily in pride but simply out of civic-mindedness. What they are revealing is surprising.

They are coming out as rich.

Eric Schoenberg is one of them. “I pay a lower tax rate than you do, which is startling,” Schoenberg, 55, told me. To illustrate this problem, Schoenberg posted portions of his returns online. He wanted to show how much he, a very wealthy person, benefits from our system. He has always benefited from low taxation on his investment income, for instance.

Schoenberg is part of a group I call “the transparent rich”. He is also in an organization that is similarly interested in transparency, the Patriotic Millionaires. The website describes members as “traitors to their class”, and then elaborates: “Patriotic Millionaires are high-net-worth Americans, business leaders, and investors who are united in their concern about the destabilizing concentration of wealth and power in America.”

Schoenberg’s own wealth derives from what he calls a “complicated money story”. “My father was a very successful business person, so I come from a background of wealth,” he says. In turn, Schoenberg became an investment banker on Wall Street and a private investor. He also taught classes on family wealth at the Wharton business school.

And like others before him, he is coming out now because he sees a grave need for social transformation.

“I believe today’s tax proposals will cut taxes on very rich people, and that’s why I posted some of my tax returns online,” says Schoenberg, perhaps referring to Donald Trump’s recent call to repeal the estate tax altogether, as well as Republican plans to cut the corporate tax rate. “Look, if you are uncomfortable about where society is and want to make a difference, this is one way you can.”

By coming out as rich, these affluent progressives are starting to expose their own positions, advocating greater equality in the process. You might call them “class woke” (and I don’t mean that entirely ironically). They hope that they can help bring about change, at least a little.

In addition to making people more aware generally of a preferential tax code, more transparency about inherited wealth might help middle-class or working-class people feel less self-critical after they realize the hidden advantage of others. It would underline how taxes enable and a whole societal structure rewards the wealthiest. It may also help people without such resources to see that they aren’t “doing it wrong”, and stop them from blaming themselves when they are struggling.

After all, an estimated 35% to 45% of wealth is inherited rather than self-made. The Brookings Institution’s Richard V Reeves and Kimberly Howard have called this a “glass floor”, one element that protects the wealthiest from ever losing their mobility.

This inherited wealth can be passed on to one’s family members tax-free unless it’s larger than $5,430,000 – an extremely generous arrangement. (This means that fewer than 1% of all estates are taxed.) This is part of why social mobility is no longer what it once was. There are real racial gaps in upward mobility as well.

For instance, Iimay Ho, the executive director of Resource Generation, a nonprofit working to “organize young people with wealth and class privilege” to work to relieve inequality, came out to me when we first spoke on the phone.

We had never previously crossed paths, but she immediately told me
that she has personal access to net assets of $100,000 and that she makes $68,000 a year. (In New York City, these figures don’t necessarily read as “rich”, but they do, demographically, put Ho in the top 10% of those in her 18-to-35 age bracket, she said.

Ho also owns a $370,000 apartment. “Homeownership is a marker and a part of a huge transfer of wealth,” she explained. Wealth was being defined here as US households with at least an income around $148,000 and home equity above $1.3m, but RG’s other wealthy young recruits can have considerably more.

My fascinating and somewhat vertiginous chat with Ho seemed a salve for the tendency toward covertness among the rich, especially those who have inherited their fortunes. And I’ve long noticed among my creative-class social set in New York City a mysterious silence around family money. So do others, like my journalist friend who was struggling from paycheck to paycheck and, when she was younger, wondered how her successful-seeming writer friends were getting by: the secret lay in the fact that their parents had bought their homes for them or offered them the capital to do so.

But it’s not just the wealthiest who are reassessing how they think about themselves. Scholars who study the 1% are as well. There are new books on the warily wealthy, including Rachel Sherman’s Uneasy Street: The Anxieties of Affluence.

When I spoke with Sherman, she told me that while talking about money remains a social taboo for many, for rich people it can be even more extreme.

For the liberal well-off in particular, “having money is a source of shame”. The people she interviewed with inherited wealth were also, on some level, embarrassed that they hadn’t worked for it. Perhaps because they were progressive, they also often had people in their lives with less money than they did. As a result, they were often pretending they were not as rich as they were, “hiding their heads in the sand about it”.

“The fact that they have wealth goes against their politics,” Sherman said of her subject. “They want to be ‘morally worthy’ of being wealthy, to be prudent, to not be greedy and ostentatious.”

They may try to maintain the illusion that they live ordinary lives, even though data about American income inequality has assured us that their lives of ease and pleasure are anything but.

As Sherman put it, “The question is not, ‘Do individual wealthy people deserve their wealth when they aren’t Kardashians?’ but, ‘Does anyone deserve this much wealth?’”

To be sure, ther
e are reasons why the wealthiest don’t want to come out. They may be protecting themselves from the assumption that they will be asked to donate to causes or individuals at every turn, or that they might be taken advantage of.

But so many interpret their struggle to get by or to thrive economically as a private failing, rather than at least partially a system error. The transparent rich want to make the point that hidden family wealth, including great resources from inherited assets and investments, can take a real toll. After all, if more Americans who benefited from a stacked tax code “came out”, who knows what might be achieved.