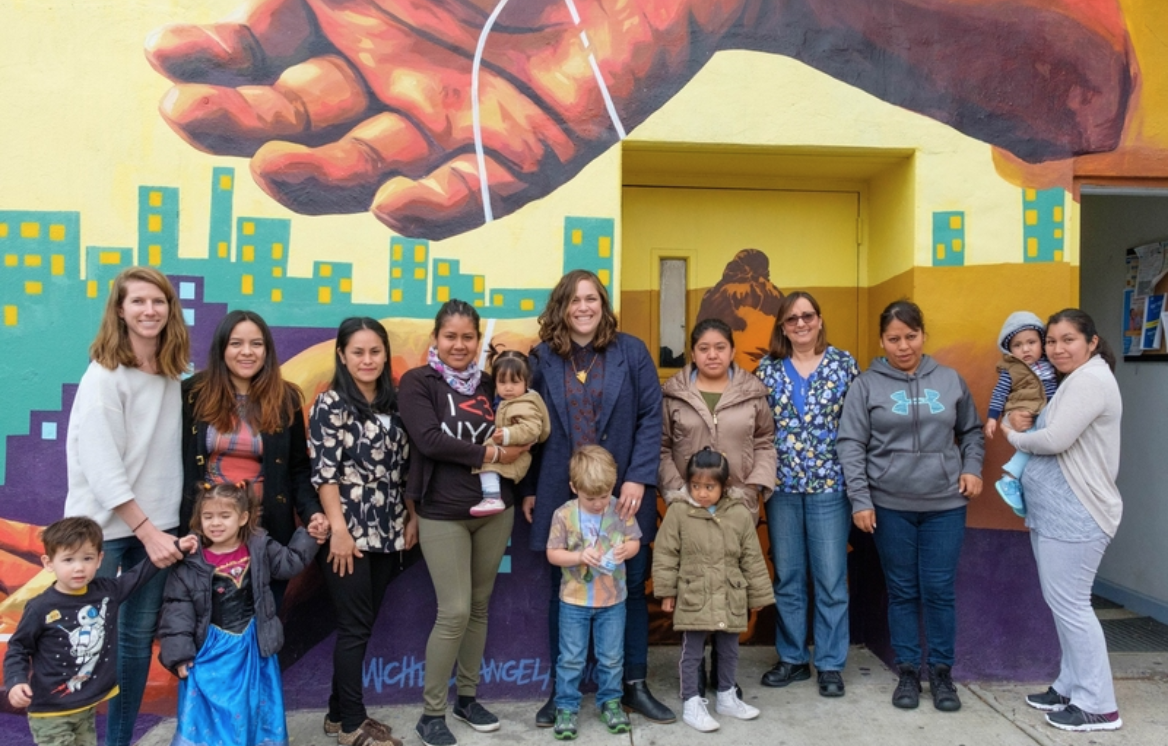 C is for Childcare: English Class Offers Free Babysitting Too

A new program in Sunset Park, Brooklyn, is trying to make it easier for moms who don’t speak English to improve their language skills. It’s called Mother to Mother, and in this program, both the English lessons and childcare are free.

“We found a gap that was in the community where there’s a lot of ESL programs but there’s not anything for mothers who want to bring their children along,” said the program’s founder Britni Blackketter.

Without childcare, many mothers found it difficult to consistently attend ESL programs.

For example, student Maria Luna wants to practice writing and speaking before taking the GED at the end of the year, but she couldn’t find someone to watch her three-year-old daughter. “I take this class because I can bring her,” she said. “Honestly, this is my first time at school.”

Sarah Wang, co-founder of the program, said it was also the perfect way for her to start teaching again after her son turned one.

“The only way I could do it would be if I could bring him with me,” she said. “Because he was so young, and because childcare is hard to secure, it’s hard to pay for if you don’t have the income for it.”

The kids play while volunteer teachers hold class a few feet away. It can be noisy at times, but Wang said the moms are used to it.

“There have been many times when Britni or I were teaching a class, pick up the baby and carry her while the mothers are working in groups,” she said.

Blackketter and Wang hope to expand the program with more enrichment for kids and more English classes for the moms.