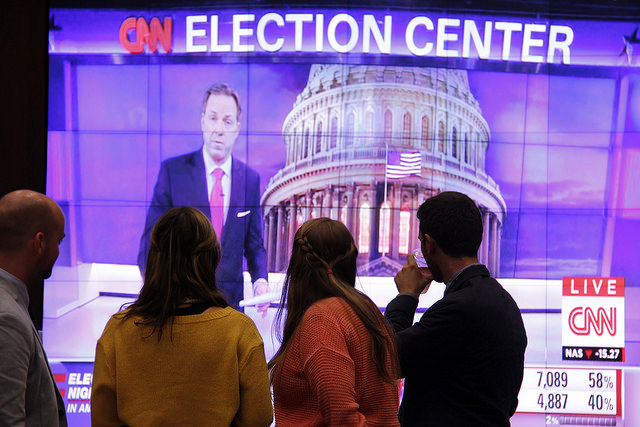 Photo by US Embassy Canada
Health

David Dobbs’ 13-year-old daughter has type 1 diabetes. Since 2015, the 59-year-old freelance writer and author has relied on Obamacare, officially known as the Affordable Care Act (ACA), to help pay for his daughter’s insulin, blood testing supplies and other medical needs. But as the endless series of cliffhangers over the fate of the ACA continues, Dobbs says he’s starting to feel hunted.

Without insurance, diabetes treatment alone would cost his family about $20,000 to $30,000 a year, he estimates – and that’s if nothing goes wrong and prompts an astronomically expensive hospitalization.

For Dobbs and millions of others like him, the continuing unpredictable battles over the law can feel like an assault on their fundamental sense of security.

If the ACA’s protections are removed, middle-class Americans will be even further exposed to one of the most toxic sources of stress that accompanies inequality: uncertainty.

Uncertainty – such as not knowing whether you will face possibly catastrophic medical costs – keeps the brain’s stress systems at a dangerously high level of arousal, according to Bruce McEwen, professor of neuroscience at Rockefeller University and one of the world’s leading experts on the health effects of stress. “In a state of constant activity, [these systems] can produce effects like elevated blood pressure that can lead, over time, to cardiovascular disease,” he says.

Dozens of studies in both humans and animals show how uncertainty makes stress harder to manage and therefore more dangerous. The best weapons against stress-related harm, research shows, are social support and a sense of meaningful control over one’s life and actions. However, being unable to predict and prepare for contingencies can undermine both.

The battle over healthcare has been full of it. The first repeal bill mobilized a massive resistance, before failing to win enough votes and dying. But then, it seemed to arise from the grave: only to be vanquished by an 11th-hour veto from brain cancer-stricken Senator John McCain.

And even that wasn’t the end of it: up against a September deadline, the bill staggered back to life, only to again be stymied by the slimmest minority. And now, President Trump is trying to sabotage Obamacare via executive order.

Great for a series plotline; not so great to live through.

While Dobbs immediately acknowledges that he and his wife, a freelance editor, are privileged to do work they love, facing a future of completely unpredictable expenses and a child who could be forever uninsurable is not what Americans have typically expected of a middle class life, suggesting that his family’s life is disposable or ‘we’re happy to throw you aside,’ Dobbs says.

In short, the ACA may not have made everyone healthy, but Donald Trump’s determined efforts to kill it may itself be harming people – even if he doesn’t succeed.

For the millions of families whose lives and finances may hang in the balance, enduring this cruel, chaotic and compassionless political process is both enraging and disempowering. “It turns what would be a financial difficulty in our ability to close the gap between what we make and what we need to cover extra expenses into a sort of existential disadvantage,” says Dobbs.

Indeed, at the time that ACA passed, medical debt was the No 1 cause of bankruptcy in America. Upon its implementation, there was a 50% drop in debt filings, which experts surmise was related. Today, if key provisions are eliminated, the threat of suddenly losing everything because of an unforeseen illness or accident once again looms large.

McEwen, the neuroscientist, adds, “Don’t forget that when a person is aroused by uncertainty, they may not sleep very well, may eat comfort foods, smoke, drink – or all of the above.” Obviously, these attempts to relieve stress can themselves be unhealthy.

Research on how working conditions affect health also emphasizes just how dangerous uncontrollable and unpredictable stress can be. Having little control over your work, for example, more than doubles your risk for coronary heart disease, according to a study of around 10,000 British civil servants. Another study found a 30% increase in risk for stroke.

“The mind is the crucial gateway between the social environment and illness,” says Sir Michael Marmot, the lead researcher on the study of civil servants. If you feel well-equipped and supported in facing the challenges of your job, the effects of stress on health may even be positive – but harm comes from conditions that leave you unprepared and make your efforts feel futile.

In fact, the most health-damaging form of workplace stress involves being held responsible for conditions or outcomes that you actually don’t have the power to change. Sales jobs, for instance, are often heavily reliant on commissions – but salespeople can’t change product flaws that deter repeat customers, for example. They’re also often squeezed between angry customers and rigid work rules.

Most jobs with such “high demand/low control” characteristics have low status, which accounts for part of why having low status is harmful to health. And with 94% of all job growth between 2005 and 2015 coming in the freelance, part-time and “independent contractor” category, more people may face conditions over which they feel less control.

By itself, however, uncertainty doesn’t have to be a harmful aspect of stress – the real problem is when it is also accompanied by a sense of powerlessness. A series of rather horrifying experiments conducted in the 1970s by Martin Seligman and his colleagues illustrates this vividly.

Rats or dogs were yoked together in a cage where they would receive electric shocks at unpredictable times. But one animal had control: it had access to a lever that allowed it to turn the electricity off as soon as the shock started. The other animals merely experienced both unpredictable and uncontrollable shocks.

The mental and physical health effects were profound. The animals that controlled their experience were unharmed. The ones that could not escape the shock, however, suffered from impaired immune response to diseases like cancer, as well as a syndrome called “learned helplessness.” In this state, animals simply withdraw and stop trying to improve their situation. Even if they are later offered clear escape routes, they don’t bother to try to flee. Essentially, they give up hope.

In fact, the brain physiology of this state is so much like that seen in depression that similar experiments are commonl
y used to test antidepressants: effective medications delay the surrender to despair.

Sadly, the political conditions we face now risk being an unwitting experiment in learned helplessness: our sense of powerlessness in the face of uncaring leadership is continually reinforced in debates like the one over our healthcare system. Though huge majorities oppose repeal — as does virtually every stakeholder in the healthcare industry, including doctors, patients and insurer groups – the ultimate decision was repeatedly made by a tiny group of Republican senators in a process that was far from democratic. Now, it lies with the courts and the president.

This is another of the vicious cycles produced by today’s inequality: it increases political polarization, the unchecked power of elites and overall helplessness.

Yet, he adds: “We know that night will come again.”