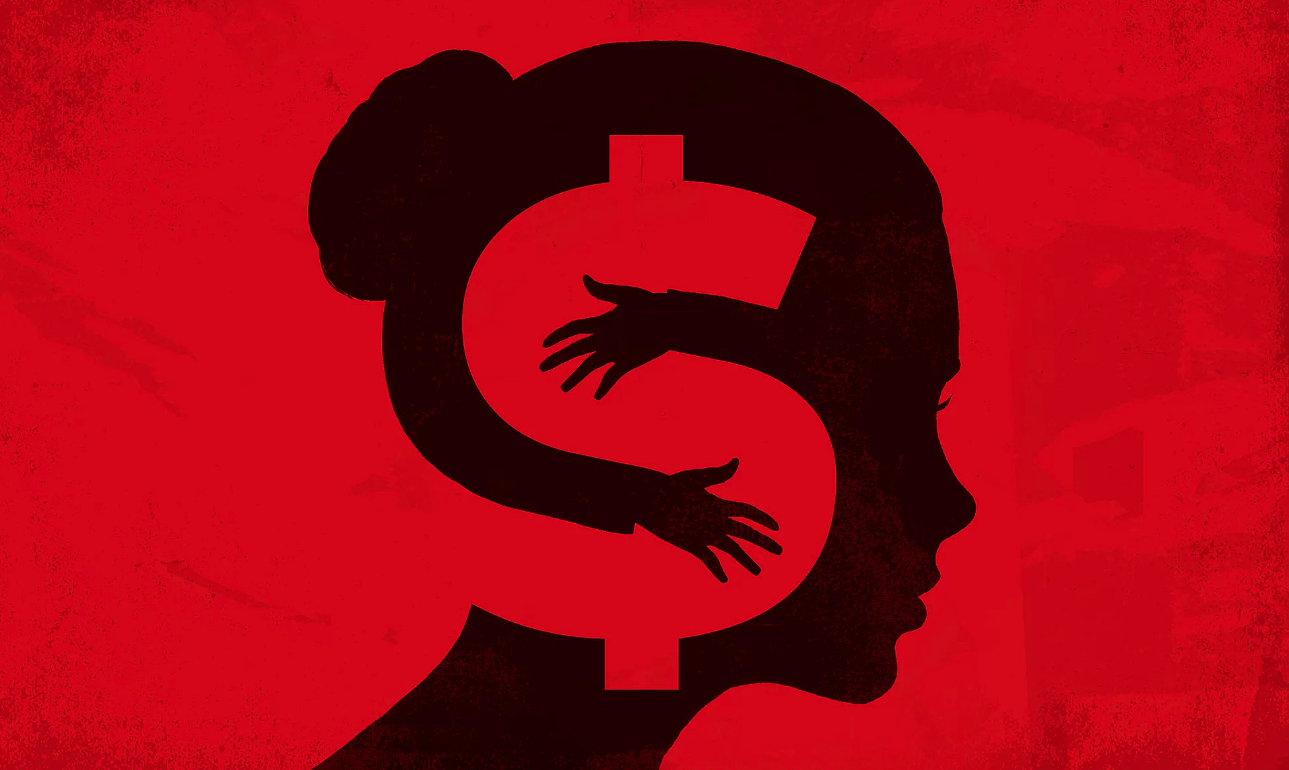 What is the common denominator between the mega-producer Harvey Weinstein, the pundit Mark Halperin, the venture capitalist Dave McClure, and the aggressive former boss of a customer-service supervisor I interviewed last week?

All are accused of dreadful sexual harassment, and in some cases violent assault. All also had inordinate economic advantage over their female employees and colleagues. Their quarry ranged from actresses to journalists to female entrepreneurs. And what their prey all had in common was a fear of financial or professional retribution that could destabilize already precarious careers.

The daily deluge of tales of lechery and trauma holds a hidden but crucial truism: sexual harassment routinely feeds on income inequality. After all, it’s much harder to exploit an equal. The greater the imbalance of income and power, the more opportunity there is to abuse one’s advantage (and perhaps, a greater temptation).

As a result, many women feel they have to keep working for the boss who sexually harassed them because of their financial situations.

I talked to a customer-service worker, now 32, who was earning only in the mid-$20,000s, and had a child at home to support when the harassment happened. That was why she continued to work at the company for close to a decade for a boss who made numerous “sexual attempts” on her, including touching her breast.

“He slapped my ass. He talked about his ‘third leg’ and how he couldn’t wait to use it on me,” she told me. At one point, her boss even “lifted up my dress in front of everyone and showed my ass to the office.” He also remarked that he could “lick her pussy better” than her longtime female partner could.

She remained, she said, because she felt she had no options. The fact that her boss was a self-professed millionaire who talked about his personal wealth all the time was part of why she never came forward. “He countlessly told us he was lawyered up, and how was I going to compete with that?” (She has finally left that job and found employment elsewhere.)

To my mind, one of the hidden causes behind the continued contagion of sexual harassment – a new ABC News–Washington Post poll showed that 3 in 10 women in America say they have experienced it in the workplace – is clearly the financial and power disparity between men and women. Women still earn 83% as much as men and are far more likely to be poorer than their male counterparts and thus more dependent on getting work from men who might harass them. It afflicts waitresses and women running startups alike.

Wealth concentration could even be said to help produce the Weinsteins of the world. With an increased power discrepancy, there is all the more opportunity to abuse one’s advantage (and, perhaps, a greater the temptation). The workplace or collegial harasser tends to know the victim is economically down a peg.

As employment lawyer Daniel R Bright sees it, women who earn less and have shakier professional security are indeed more likely to be targeted for sexual harassment. Many of Bright’s clients are in their 20s, right out of college, earning $30,000 a year, sometimes still living with parents or roommates. Bright said that these women’s harassers believe their employees “need their jobs so they’ll put up with it” and “can’t afford to quit”.

Harvey Weinstein. ‘They shared the fear that cruel, influential men could nullify everything they had achieved.’

Meanwhile, “the more educated and the more socioeconomic up the ladder women are, the more bosses are afraid to harass them because they fear they will push back”. They think confident strong women with “real careers” will draw the line somewhere and go to a lawyer or report their actions to a government office, said Bright.

The male harassers making headlines are the multimillionaires, the centers of big companies or brands or magazines. And their victims were assistants, drama students, junior reporters, and aspirants. This latter category even included celebrities like Angelina Jolie and Lupita Nyong’o, harassed or violated by film business brokers before they were full-on stars. They shared the fear that cruel, influential men could nullify everything they had achieved.

Women with more quotidian jobs also have this fear, women like the account executive I spoke with who earned a salary in the mid-five figures. With this decent paycheck, she stayed with the company – where she was sexually harassed for five years, she said – for fiscal reasons.

She had bought a house and had $40,000 in college debt to pay off. “I didn’t walk out of that job because I don’t sit on a trust fund,” she told me after detailing her harassment with pointillist specificity. “I have no rich grandmother. I put out 300 résumés and waited.”

Her boss’s only real edge over her, she said, was economic privilege, which he’d underline with his Black Card, his boat, and his multimillion-dollar house.

The Perils of Freelancing

Another underreported element of this spate of high-profile harassment is just how many victims work freelance. More workers are freelance than ever before, up to 55 million, or more than 1 in 3 of the US workforce.

Actors and writers and adjuncts are always looking for their next job: they find common cause with the female Uber drivers on contracts who have also been famously unprotected victims of sexual harassment.

According to employment lawyer Daniela Nanau, freelance workers who meet the legal definition of independent contractors “have no standing under the federal civil-rights law, Title VII, which prohibits sexual harassment in the workplace. So this workforce is actually legally more vulnerable if they complain about sexual harassment because they have little ability to sue for violations of federal law” (although there are some exceptions).

I know this firsthand. In my 20s, I was a freelance writer with little money and living in a rabbit warren one-and-a-half–bedroom with a roommate. I felt that my male editors could smell my desperation for assignments, and that need made me vulnerable, so I was indeed harassed (but not to the pervasive or severe degree of the many women who have now come forward publicly).

There was the editor who called me in the middle of the night to curse me out for not dating him and left message after message on my answering machine about sex; the job interview working as editorial editor at a trade magazine where the much older boss asked me to walk around his office, muttering approvingly, “Nice legs”, as he literally chewed on his cigar. I imagine that he must have seen that I craved a paycheck and an editorial foothold so much I wouldn’t ever complain. After all, I walked everywhere to save money. Dinners often consisted of the breadbasket at restaurants. I literally couldn’t afford to get blacklisted.

For many, talking about money, especially their own, is a social taboo. But now wealthy progressives are opening up about a system that is skewed in their favor

Female colleagues of my generation similarly have accounts of their own harassment that they have often buried in the corner of their minds, hoping to hide the shame under the sediment of decades of professional success.

Twenty or fifteen years ago, they were young, financially on the edge, with little standing and sometimes no savings accounts. There were the mentors who wanted quid pro quo or the colleague who came upstairs to pick up some papers and put his hands on their bodies. The “blurred line” was that the worker was under a short-term contract and the perpetrator might be phoning that person at night and outside his office – it all acted as camouflage for predatory behavior.

Today, all the memories of the harassment and the inequality that surrounded it back then as well come rushing back, when one reads the Excel spreadsheet of accused male media-world harassers, or the hashtags swelling with women sharing their stories, or phrases like “whisper network” or “father-son talk” as they take on new and darker meanings.

To be sure, a few critics worry of a witch hunt and indeed some of the accused men might in the end turn out to be “merely” boorishly sexist top dogs. In addition, the “alt-right” has also been the allegations against some of these men, with the seeming aim of taking as many progressive journalists down as possible.

Nevertheless, the overall Zeitgeist has been thrilling, as if we women are finally toppling our oppressors and no longer living in fear of the consequences.

Still, income inequality ensures that too many women will continue to not come forward. The latest flare-up of sexual harassment cases shows me once again that economic disparity in this country isn’t just a bunch of dry numbers. The gradient is also seamy, sleazy, and sickening.

The great divide needs to narrow. Let’s start zipping it up.