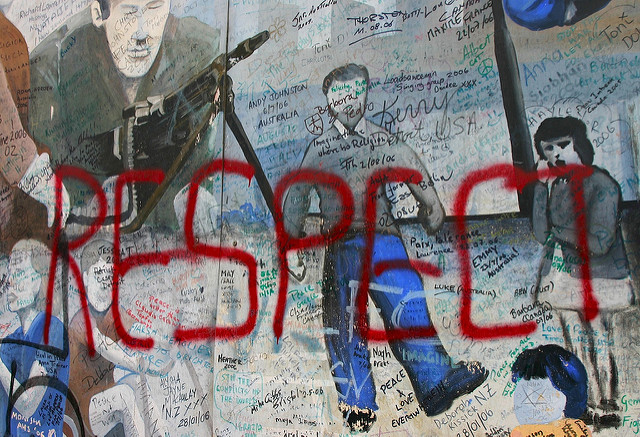 A 17-year-old boy shoots a 15-year-old stranger to death, apparently believing that the victim had given him a dirty look. A Chicago man stabs his stepfather in a fight over whether his entry into his parents’ house without knocking was disrespectful. A San Francisco UPS employee guns down three of his co-workers, then turns his weapon on himself, seemingly as a response to minor slights.

These killings may seem unrelated – but they are only a few recent examples of the kind of crime that demonstrates a surprising link between homicide and inequality.

While on the surface, the disputes that triggered these deaths seem trivial – each involved apparently small disagreements and a sense of being seen as inferior and unworthy of respect – research suggests that inequality raises the stakes of fights for status among men.

The connection is so strong that, according to the World Bank, a simple measure of inequality predicts about half of the variance in murder rates between American states and between countries around the world. When inequality is high and strips large numbers of men of the usual markers of status – like a good job and the ability to support a family – matters of respect and disrespect loom disproportionately.

Inequality predicts homicide rates “better than any other variable”, says Martin Daly, professor emeritus of psychology and neuroscience at McMaster University in Ontario and author of Killing the Competition: Economic Inequality and Homicide.

This includes factors like rates of gun ownership (which also rise when inequality does) and cultural traits like placing more emphasis on “honor” (this, too, turns out to be linked with inequality). “About 60 [academic] papers show that a very common result of greater inequality is more violence, usually measured by homicide rates,” says Richard Wilkinson, author of The Spirit Level and co-founder of the Equality Trust.

According to the FBI, just over half of murders in which the precipitating circumstances were known were set off by what is called the “other argument” – not a robbery, a love triangle, drugs, domestic violence or money, but simply the sense that someone had been dissed.

When someone bumps into someone on the dance floor, looks too long at someone else’s girlfriend or makes an insulting remark, it doesn’t threaten the self-respect of people who have other types of status the way it can when you feel this is your only source of value.

“If your social reputation in that milieu is all you’ve got, you’ve got to defend it,” says Daly. “Inequality makes these confrontations more fraught because there’s much more at stake when there are winners and losers and you can see that you are on track to be one of the losers.”

Harold Pollack, co-director of the University of Chicago Crime Lab, agrees. “If you foreclose [mainstream] opportunities for respect, status and personal advancement, people will find other ways to pursue those things.”

Obviously, potential murderers don’t check the local Gini Index – the most commonly used measure of inequality that looks at how wealth is distributed – before deciding whether to get a gun. But they are keenly attuned to their own level of status in society and whether it allows them to get what they need to live a decent life. If they can’t, while others visibly bask in luxury that seems both impossible to attain and unfairly won, those far from the top often become desperate.

Issues of respect don’t only affect males, of course – but overwhelmingly, murders tend to be committed by men: the current proportion in the US is 90%.

What’s less known is that in most countries, most of the victims are male, too. That’s because, since inequality is common worldwide, killings related to status predominate – and men kill those whom they see as rivals. Murders are also disproportionately a crime of the young. For both evolutionary and cultural reasons, social status is most highly contested during adolescence and early adulthood, because high rank is frequently associated with sexual attractiveness.

The link between these crimes and inequality is also underscored by how much their levels differ between countries. “It’s the most variable component of the homicide rate,” says Daly.

All types of homicide are much less common in the egalitarian Scandinavian countries than in the US. But disputes over male status are so much lower in such countries that while in the US, 77% of victims are male, only 50% are in the Nordic nations.

“What’s fallen out is all this male macho stuff,” Daly says. Although inequality can also affect rates of crimes like robbery or burglary, its effect is most clearly seen in the way it murderously magnifies beefs.

The recent, stunning rise in inequality in America started in 1979, with the top 1% capturing 54% of all the increase in income between that year and 2007. While the Great Recession briefly paused the trend, between 2009 and 2013, the 1% took 85% of income growth and the situation has only worsened since. During that time, however, homicide rates showed nearly the opposite pattern: they rose through the 1960s and 1970s, reached a peak in 1991 and fell by nearly half between that year and 2015.

The last two years, however, have seen some rises: the rate in 2016 was nearly 9% higher than in 2015 and 2017 also seems likely to show a jump. Daly says that no one knows what time lag to expect between a rise in inequality and a rise in murder – but if it does take a few decades, this could be the start of a troubling trend, not a blip.

The rise of Trump shows that “inequality has a real tangible effect on voter behavior, just not necessarily what you’d expect”, says the Stanford historian Walter Scheidel, the author of The Great Leveler: Violence and the History of Inequality from the Stone Age to the Twenty-First Century. Scheidel’s book shows that historically, the only way high inequality has been flattened has been through catastrophe: disease, famine, world war, societal collapse or communist revolution.

Outclassed: the secret life of inequality, our new column about class, runs twice a month