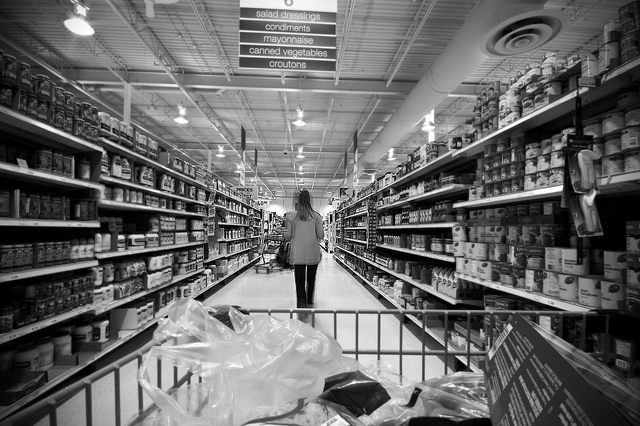 How I Learned to Be Hungry

When you suffer from physical hunger there’s a terrible discomfort: dizziness, headaches, and an inability to focus. A hollowness echoes through the self.

Late in 2016, while still an Oregonian, I experienced that feeling for the first time. My girlfriend and I were renting a small apartment in the heart of telegenic Portland. At Christmas, my bank account had gone dry. Meals became less frequent and I was drinking water by the liter to stave off pangs of real hunger. Not that casual feeling of which we most often speak, but the profound longing for food.

Because a digital connection with friends might make the deprivation feel more practical, I set up a Facebook event for a New Year’s cleanse. Ride the horse in the direction that it’s going, as the Hollywood producer Lynda Obst’s expression goes. Sure enough, my stomach shrank a bit and, as an added bonus, gave actual deprivation a bourgeois burnish. Were there others out there tricking out hunger and poverty so that it might pass for fitness enthusiasm?

When I say “hungry,”I mean I qualified under the USDA’s definition of “food insecurity.” That means a lack of consistent access to enough food for everyone in a household. Food insecurity strikes about one in eight of the nation’s households, a number that has remained consistent in recent years, but the subject is freshly relevant, because the political party in power wants the Supplemental Nutrition Assistance Program (SNAP) slashed—again. In Donald Trump’s first budget, he proposed slashing $191 billion (roughly a quarter of SNAP’s budget) from the program, during the next decade.

My last paid gig, pre-cleanse, had been hosting an NAACP event in Northeast Portland, two days after the historic election, last year. After that, the money dried up. Stories approved via digital handshakes went away. The check that was supposed to show up. and absolutely had not. failed to do so days before Christmas. My partner, always game for the financial variables that must have seemed a lover’s tax, went through the holiday hysteria without a complaint. Less indifferent were my three out-of-state children.

Our apartment was small. We tended to eat apart, she at work and I wherever I could cop it for cheap and/or free. A short documentary I’d made was premiered days after the cleanse, and at the event on its behalf I hovered by the cheese and fruit table as though it was the only reason to be there. My food insecurity meant that I scheduled my meals before I needed to write, so I could maximize my mental acuity. Two or three times a week, I’d carb-load and then go as hardcore as possible at yoga or spin to avoid dwelling on what was happening to me; nothing makes a grown-ass man question his life choices like appetite unaddressed.

More often than not though, by sundown I was in bed on my back and thumbing narrative into my phone and peddling the work from the same device. Freebies from my girlfriend’s health-food store had by now become essential. More than sustenance, the juices and Paleo-minded samples were like a revelation. My favorite was Peak Sherpa Tsampa Cereal, sprouted and roasted barley (“long relied upon for energy in extreme environments,” noted REI’s website).

Of course, without access to freebies and her 20 percent employee discount, the high-end foodstuffs would never have entered my person. That $8 bottle of insanely good vegetable juice couldn’t have even been considered. And as the year of minimal food and alcohol wore on, the checks increasingly failed to arrive and I began ingesting less and less. I’d parcel out one bag of gratis Sherpa Tsampa, the sustenance that summoned my more comfortable life before hunger, across three days and water down my vegetable juice. Just enough to go to spin.

Only my very closest homies were in on this… thing. Late in the spring, a supportive friend in Fresno phoned in a pizza order at the parlor across the way from my apartment. Another brought me groceries from the Portland suburbs. The goods were gone before payment for my next story came. I managed to shield the degree of my hunger even from my then-live-in girlfriend, who otherwise got my starving-artist deal. She just thought I was really good at spin.

One night when my experiments with exercise and carb balancing went too far, I broke down and begged her to buy me food. Those tight friends though did not know the discomfiting silence in which she and I split a food-truck burrito.

Another woman who saved me from hunger is my mom. My late, Jehovah-lovin’ mother provided shelter and the lion’s share of valuable lessons I gathered while coming up in a Lake Erie city, Sandusky, Ohio. But Mom didn’t demonstrate how to eat properly. My sister and I got a lot of licorice and Wonder Bread from corner groceries. The three of us spent a number of years in apartments adjacent to the railroad tracks and Mom—who battled obesity since birthing me at 20—ate her feelings when times were hard, sucking up carbs like our struggling white families now do opiates.

She, my sister, and I celebrated strokes of good fortune by eating Burger King and penny candy in volume. Through both good times and bad, Wonder-Bread-and-syrup sandwiches in the kitchen was a thing. I ran cross-country, though and, at a Jheri Curl under six feet, managed to weigh around 150 through high school. Mom was a nervous Mensa member who couldn’t drive. And that made the dimly lit, run-down South End grocery our family’s first shopping option. Too often for my tastes, I’d take the 1.5-mile walk to the nearest supermarket. A stopgap option for staples, at best, South End was no anomaly. Hyde Park, the forgotten Los Angeles neighborhood where I presently have keys to a crib, is like my hometown, where millions of poorer urban dwellers buy their food: grocers with beer and wine licenses, and an oddly high presence of off-cut meat shops that trade in pork shoulder, beef neck bones, turkey chops and all manner of offal. Thinking back on how our neighborhood food access was structured, from my adult vantage, it’s questionable whether Mom ever even had a shot at modeling nutritious eating.

After growing up with these eating habits, it wasn’t a surprise that I wound up in my middle age heavy and dissolute, 70 pounds above my high-school track-team weight. It was 2013, and home was my sister’s living room sofa, in an uncommonly brown section of Portland called The Numbers.

Outside the apartment, on foot, one could not miss the poverty in the pines. Weighty women pushed strollers down uncommonly long, as-yet-ungentrified blocks, rain and shine. Not yet humbled to the point of applying for EBT, I was extraordinarily broke. A produce stand, open every rainy day, seemed expensive, not an option.

Inside, I ate like it was Reagan-era Ohio again, when ketchup was considered a vegetable in school lunches. Having seconds of collard greens soaked in pork fat was me acting like I gave a damn about healthy eating. Even though I’d worked as a fitness blogger in the past. Even though I’d done trendy diets with glamorous past partners and owned a dog-eared copy of How to Eat Like a French Woman, I fell straight into the familiar.

I fretted on that couch and consumed all of the cheap pizza, comfort Mexican, and drugstore-discount candy that came my way as I tried to make a deal for my next book. 7-11 heat-lamp meals happened. Ramen-salt suck downs happened, while I
tried to minimize my impact on what my sister had budgeted for her family to eat. By the time I left The Numbers my once narrow frame had ballooned to 242 pounds.

The problem wasn’t lack of food, exactly, but that for every health-food restaurant in my current neighborhood, there seem to be a dozen dealers of salty, fatty, sugar-laden options standing between consumers and a nutritious choice, as well as plenty of liquor stores. (It’s not a secret that, all across the country, poor Americans use the place where you buy beer and brandy to also pick up eggs and butter.) This stark map shows the overwhelming odds that you can find a six pack rather than produce in South LA. And the bad food dealers tend to have it for cheap. In his 2014 CA: A Cancer Journal for Clinicians report, RAND researcher Roland Sturm placed blame for the US obesity crisis squarely on the increased availability of cheap food with substandard nutrition. I lived, in other words, in a food desert—defined by the USDA as “parts of the country vapid of fresh fruit, vegetables, and other healthful whole foods.” But that wasn’t the only thing standing between me and a good diet.

“The research on food deserts suggests that, while lack of shopping options is a problem, it is not the only problem,” said Marion Nestle, a professor of nutrition, at New York University. “Lots of people buy what they buy no matter what is available.” There seem to be no easy solutions to be had. But I suspect that my mother, who died of heart failure at 56, could offer up some pretty good answers. Most would boil down to: If you can’t get what’s great, what feels good can do in a pinch.

This was all before solvency said goodbye and I wound up in the land of true hunger. After my half year of hunger artistry, I had dropped from 215 to 185. I showed a few hundred friends on Facebook a photo of the reconfigured me. Consensus is that I look fantastic, and only recently have I begun to tell how folks that, by my estimation, eight of the 60 or so pounds felt as though ripped from my person. Improved condition aside, I’m better off now than I was before, if only because the dualities of nutrition for the financially challenged—expensive good food versus low-cost crap—are laid out so tangibly.

But would I recommend that a poor person who’s lost in a food desert eye the fat route? C’mon. Again, the only thing America hates more than a poor person is a poor fat person. Thin people privilege is amazing. Having said that, two thumbs down on experiencing the extreme duality of America’s nutrition conundrum. And only those who’ve done it can truly talk about it.

Donnell Alexander contributes to KCRW and Rolling Stone, among other media outlets. He is the author of Ghetto Celebrity: Searching for My Father in Me.