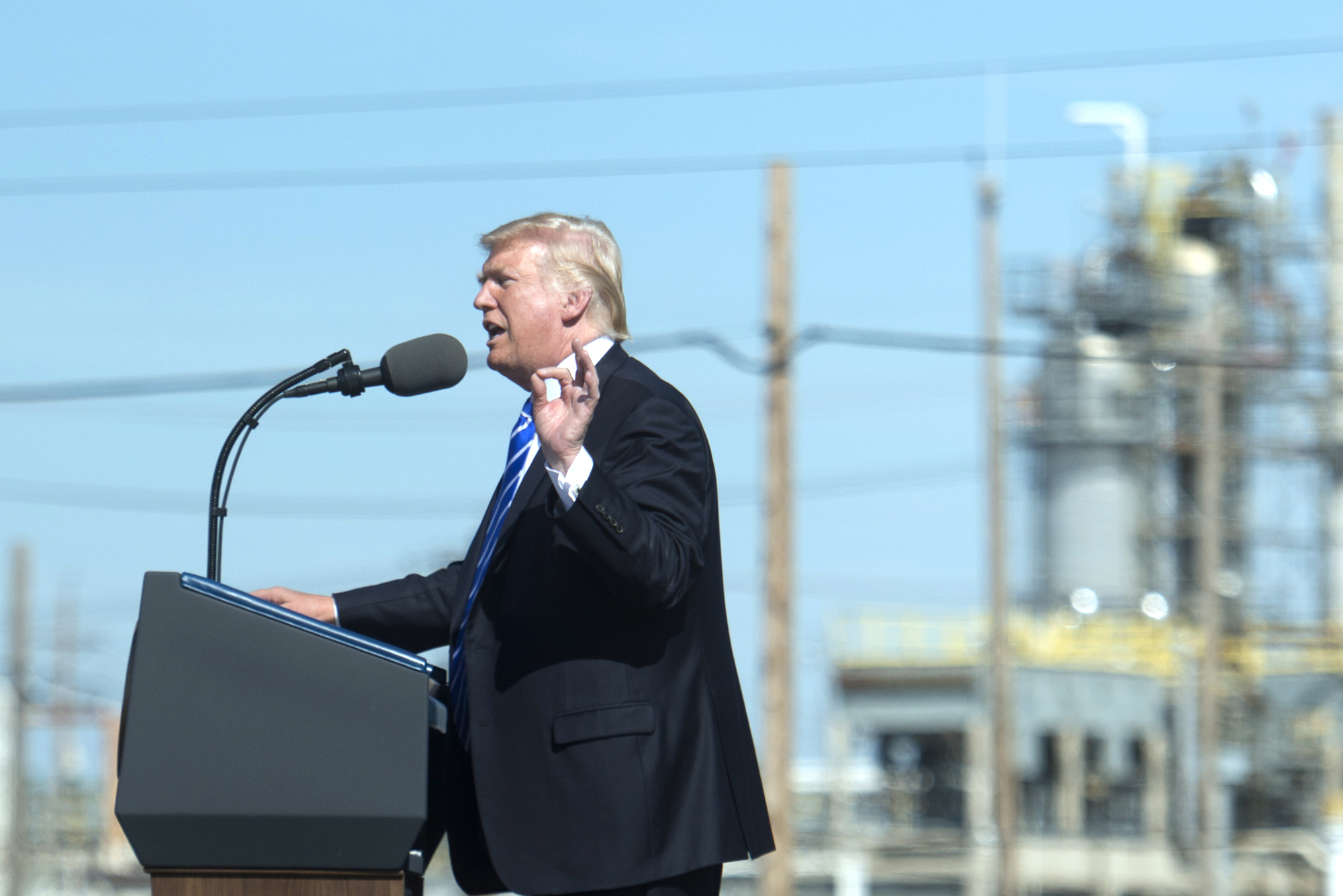 Trump is Ready to Pull Another Fast One

Davos, the tony, infamous yearly conference, kicks off today. President Trump is scheduled to speak later in the week, joining leaders of other countries including Canada, France, Brazil, Italy, India, and Norway. Members of the global ruling class descend on the small ski-resort town in the Swiss Alps each January to preen, hobnob, and debate “fixing” the world. Ordinary attendees typically fly first class to Zurich then take chartered buses or a glittery Mercedes to the conference lair. Even fancier guests, including 2018 attendees like Paypal CEO Dan Schulman, UPS CEO David Abney, and Blackstone CEO Stephen Schwarzman, typically zip to Zurich via private jet then connect to a helicopter for the half-hour glide over the Alps. How you arrive to Davos, what panel you appear on, where you stay—it’s all about status.

Right-wingers see a plump piñata in Davos. One of the final ads of the 2016 campaign season showed footage of George Soros speaking at a World Economic Forum event as Trump’s voiceover berated “elite global special interests” for betraying American workers. “The working men and women in the world are just tired of being dictated to by what we call the party of Davos,” Bannon said in his own major speech years before. And Breitbart has noted, “Although Davos’ published goal is ‘improving the state of the world,’ those are often words for elites crafting world governance.”

Why would Trump lend his time and effort to this gathering of unapologetic internationalists who favor open borders, free trade, and globalization? As White House Press Secretary Sarah Huckabee Sanders offered, “Trump welcomes the opportunity to go there and advance his America First agenda with world leaders.”

I expect Trump to crash the Davos party with told-you-so glee, like a cranky, braggy salesman able to work a captive audience of frenemy peers. Trump will play the rich, prominent people he says he disdains and secretly admires. I expect Trump to use Davos as a unique, lofty platform to evangelize his agenda, much as he used his 2017 NATO speech in Brussels to browbeat European nations into springing more for their defense. (The speech was met with a sour reception.)

A “new Trump” will not suddenly emerge on the world stage this week. Beware of the coverage. Here are three ways the president will merely hoodwink the global elite the same way he played millions of Americans during the 2016 election.

Picture Trump’s tax cuts like a dollar. The net effect? Eighty-three cents on that dollar will go to the top one percent of wealth-holders by the cuts’ phase-out date in 2027. This year, the top one percent income bracket should see their after-tax income rise by nine percent while the bottom four-fifths of earners should see their after-tax income rise by one percent. As for the “trickle-down” farce of a theory ,a recent survey of S&P 100 companies showed that few plan to reward workers with pay increases or bonuses as a result of the tax cuts. A measly nine percent said they would use the corporate tax cut savings to boost worker pay or invest in charitable causes. “You all just got a lot richer,” Trump bragged to his audience at his Mar-a-Lago golf club after the cut. As usual, he’s talking sideways to himself, his family, his cabinet, his cronies.

Next time you picture the “American worker,” picture a woman or a person of color. Trump’s default assumption at Davos, and even the media’s, should not conflate the American worker with the “forgotten majority” of Trump’s white working-class base. The “working-class” now comprises 60 percent of our labor force. The five occupations that employ the largest number of American workers include four hourly-paid working-class jobs—cashier, food service, janitor, and retail salesperson—and just one middle-class job, registered nurse. During Trump’s celebrity ascendance in the 1980s, one quarter of the working-class held manufacturing jobs. Now, only 13 percent of the working-class hold hard-hat or manufacturing jobs. So the working class’ occupational shift from manufacturing to service includes a racial and gender shift. Women make up two-thirds of the minimum-wage workforce. And the new working-class is more racially diverse than it was three decades ago, with more than one-third comprising people of color: Latinos (20 percent), African-Americans (13 percent), and Asian Americans (4 percent). Beyond that, people of color comprise 47 percent of the working-class aged twenty-five to thirty-four years old.

“The economy has come roaring back to life under President Trump,” the White House website boasts, alongside Trump’s tweets. This whopper neglects that none of Trump’s actions over the past year credibly explain the uptick in the economy, which was already evident during the presidential campaign. American workers and world leaders should see Trump’s Davos gambit for what it is: a gold-plated head-fake at just the right moment. This theatre is staged with careful timing. It’s a prelude to next week’s State of the Union, itself a kick-off to his reactionary 2018 agenda—a string of measures that would harm working- and middle-class Americans and favor the rich and powerful. Trump and his rich allies are looking to offset future deficits by cutting Medicare, Medicaid, and social security. His administration is warming its mitts to slash public protections that safeguard worker rights, the environment, health care access, alongside the banking rules set in place after the last global crisis.

Rich Benjamin is the author of Searching Whitopia: An Improbable Journey to the Heart of White America and a contributing editor to the Economic Hardship Reporting Project.