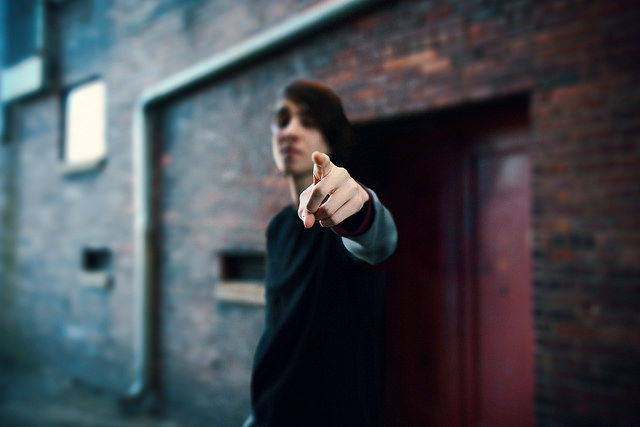 Why We’re Psychologically Hardwired to Blame the Victim

“Why I stayed” is the title of the blog entry.

In it, Jennifer Willoughby, the ex-wife of former White House staff secretary Rob Porter, lists abuses she says she endured, including being called a “fucking bitch”, and being physically prevented from leaving the house.

But even in the face of clear evidence of guilt by perpetrators, victims of domestic violence feel compelled to justify their actions.

This is the culture of victim-blaming in action.

Rape and sexual assault survivors are asked about what they wore and how they fought back. Poor people who work three jobs and still can’t support a family are blamed for “laziness” and failure, despite facing an economy that is stacked against them.

Despite #MeToo and rising resistance to record inequality, victim-blaming remains a constant undercurrent. Research suggests that this is actually an odd side-effect of the human desire for fairness. Understanding why could lead to new ways to fight back.

The “just-world bias” happens because our brains crave predictability, and as such, we tend to blame victims of unfairness rather than reject the comforting worldview suggesting that good will be rewarded and evil punished.

“There’s just this really powerful urge for people to want to think good things happen to good people and where the misperception comes in is that there’s this implied opposite: if something bad has happened to you, you must have done something bad to deserve that bad thing,” says Sherry Hamby, a professor of psychology at Sewanee University.

First formulated by Melvin Lerner in the early 1960s, the just-world bias can be seen in any situation in which victims are blamed for their own misfortune, whether it be abuse, sexual assault, crime or poverty.

Lerner’s original experiments involved women, who were asked to observe what appeared to be learning by punishment. When the learner – actually an actor – gave a wrong answer, she received painful electric shocks. Afterwards, observers were asked to describe how they felt about the victim, how likable or morally worthy she appeared to be.

One group of women that just saw the victim get repeatedly shocked tended to derogate her. But another group, which before being asked to characterize the victim was told that she was not seriously harmed, did not engage in victim-blaming.

Lerner explained these results suggested that seeing innocent people get hurt with no resolution of the situation violated the observers’ sense of the world as just. In order to reduce the threat, they saw the victim as deserving of her fate. Several other iterations of his experiments showed that the more “innocent” the experimenters made the victim seem in an unresolved situation, the more she was devalued. Studies by others on various types of victimization – including poverty – have since borne these ideas out.

The preference for fairness is almost universal among human children, with predictable stages of development. Nearly everyone who has a sibling or more than one child has seen this in action, though there is some cultural variance.

“That’s not fair,” the three-year-old whines, seeing a sibling with a “better” toy. This behavior arises early in life. Initially, children only see unfairness when it harms them. By around age eight, however, they become sensitized to unfairness directed at others, too – and they start asking uncomfortable questions about circumstances like homelessness.

So why do we seem to feel such a strong need to see the world as fair, given that it so obviously often isn’t?

It comes in part from the fact that many of life’s rewards are delayed, according to Kees van de Bos of Utrecht University, who has studied how varying levels of this bias and different situations affect victim-blaming.

He uses the example of working for good grades in order to get a high-paid job. If the world is unfair and unpredictable, delaying fun to do homework makes little sense. Indeed, research shows that people who grow up in chaotic circumstances, quite rationally from their perspective, are less likely to postpone gratification.

“We want to think that if we do the right thing, it’s all going to be OK,” says Hamby. “It’s threatening to see other people not be OK, so we want to come up with an explanation of why that experience won’t happen to us.”

Further studies find that believing in a just world is linked to health – unsurprisingly, you are less likely to be depressed if you believe things will work out for the best, and if you believe the future will be friendly, you’re more likely to take better care of yourself.

Unfortunately, this creates a sense of threat when things don’t play out fairly, and a tendency to look for rationalizations, such as blaming the victim.

“The derogation of the victim comes as a defensive reaction against [one’s] personal worldview unraveling,” says Laura Niemi, a postdoctoral student in psychology at Duke University, explaining that the process is typically implicit.

Niemi conducted a series of experiments with her colleague Liane Young to try to better explain the tendency, which they published in 2016. They found that people who have higher levels of what are known as “binding values” – a set of moral principles which help groups cohere – are more likely to see victims as at least partially responsible for their fates.

These may come into tension with “individualizing values”, which have to do with treating everyone fairly. People who have a high level of binding values, for example, might support severe punishment for disloyalty, because they view protecting the group as more important than sparing the individual.

Research finds that these values track political orientation pretty closely: conservatives have traditionally placed greater emphasis on binding values while liberals tend to prioritize individualizing values. As we’re seeing now with regard to both poverty and violence against women, Republicans use the idea that victims are undeserving for political gain.

For example, several red states are trying to impose work requirements for Medicaid, implying that many current recipients choose to be idle and therefore, don’t deserve healthcare. The Trump administration also rescinded Obama-era guidance on university policies on sexual assault, again, making it harder for victims.

In their own study, Niemi and Young found that when presented with a story of either a rape or robbery, those who were higher in binding values were more likely to derogate and blame victims. According to Niemi, binding values accounted for a greater proportion of the variance in victim-blaming than other factors like gender and political orientation.

But the fact that we have this victim-blaming tendency, which is enhanced when people fear threats to their group or society, does not mean that it is immutable. The authors found that there was a simple way to begin to minimize it. In another experiment in their study, Niemi and Young compared victim-blaming among people who had been exposed to stories that spotlighted either the perpetrator or the victim. When the language focused on the perpetrator’s actions – victim-blaming decreased.

Instead of focusing on victims’ behavior, we need to ask more questions about why perpetrators continue to commit acts of violence, and why some are allowed to take far more than their fair share in a world that most of us would prefer to see as just.