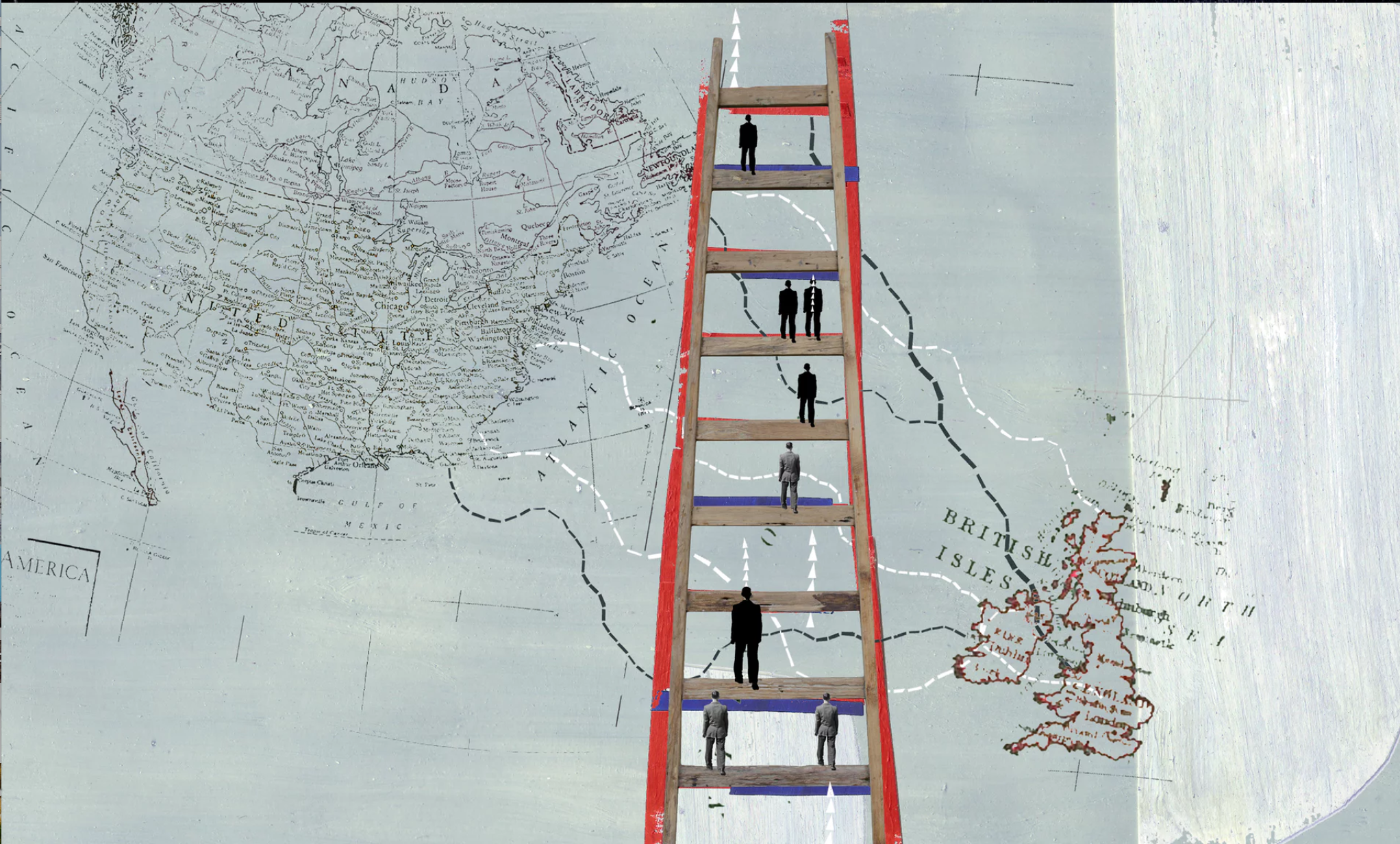 What Americans Can Learn from British Class Guilt

Rodrigo seems like many of the bright young men of Silicon Valley. He graduated from one of the best universities in the world, and at 36, he now works for a tech startup. In his free time, he likes earnest chats – one of his favorite topics is how to improve urban infrastructure.

But Rodrigo’s story is unusual in a way that offers some perspective on class mobility in America versus that of the UK.

Rodrigo is Welsh and grew up on the dole, living in a council flat (the UK’s equivalent to social housing). He, his siblings and his single mother dwelled on the edge of a mining community that has been in economic decline since the 1980s. Rodrigo excelled in school, though, so he ultimately left his town and his neighborhood, which people “made jokes about”, and where his family “didn’t have a car, rode the bus a lot”.

He attended Oxford University with grants, which he thinks was “super lucky”. His mother initially worried about her son going the Oxbridge route, wondering if he would be able to make that cultural transition or thrive there. In the end, he found the university to be a supportive place, despite the “pockets that conform to stereotypes” about public school boys (we call them private school in the US).

In England, Rodrigo was initially somewhat ashamed of his origins, “trying to pass as much as I could”. This is no longer the case.

I sought Rodrigo out because I wanted to see how the cliches around American and British class identity play out on a person’s life today. In both countries, people may feel uncomfortable talking about their class position publicly – which was part of why Rodrigo asked me not to use his last name.

A hackneyed storyline is that we in the US have a covert class system: we supposedly measure people on merit, but we actually measure people on their skills, credentials, college educations and earning power. Meanwhile, the UK has an overt one: everyone knows who is a toff and who is a yob, and British people’s ears are supersonic when it comes to accents, and class markers are carefully noticed: the wine a person drinks, how they cut their food.

America is supposed to have greater social mobility. In the UK, everyone ostensibly has a rung but they are also trapped in that position.

Nowadays, these once-clear binaries are muddled. By some measures, America’s class mobility has foundered in recent decades. According to a 2015 Pew study, only 64% of Americans now believe that opportunities for mobility are broadly accessed, the lowest rate in around three decades.

Numbers bear out this pessimism. As economist Raj Chetty explained in a 2016 lecture at the London School of Economics, the probability of a child born to parents in the bottom fifth of the incomes reaching the top fifth is 7.5% in America. In the UK, this number is 9%, according to research by economists Jo Blanden and Stephen Machin.

There is, in short, less mobility in the US, says Richard Reeves, a senior fellow at the Brookings Institution as well as the author of the book Dream Hoarders.Reeves, who is British, describes “the big focus of his work” the comparison of the two countries’ attitudes towards and expressions of social class.

I myself am acutely aware that something has changed. I grew up in New York City and in London. In the local state school I attended in England, I saw and heard far more awareness of where a person stood in the social hierarchy than I had ever heard stateside. Some of my British classmates would say they wanted to do exactly what their fathers did; none of the kids I knew at school back in New York shared this sentiment. Thirty years later, many of the American kids I grew up with, despite their best efforts, have not reached the level of financial comfort of their parents.

That lack of mobility is something Eliot Bamford, a New Hampshire-dwelling Englishman and public school teacher, can see in his adopted home. Some of his fellow rural teachers are squeezed economically, he says – they drive Uber during the summer holidays, for instance – though he and his wife “squeak by”.

Bamford says that despite the fact that he encounters a great deal of poverty among the Special Education students he teaches – some of who live in trailer parks or come to school hungry – few discuss or label themselves in class terms.

Bamford, who left England 20 years ago, grew up living on the edge of a council estate in Nottingham. He says that the Americans he interacts with socially in New Hampshire are also less diverse economically than his range of friends in Britain, where he was the first in his family to go to college. In England, Bamford feels you are “up against different kinds of people more often, living in closer communities”. He also spoke of extreme inequality expressed openly and through physical adjacency – like affluent houses nextdoor to these trailer parks – that he never saw in England.

For Reeves, the biggest shocker has been that in America, people convince themselves that the system is meritocratic “and thus they don’t feel any shame about broadcasting the internships they got through nepotism, or that they got into colleges as legacies, or that they paid for private SAT prep for their kids”.

Reeves argues there is a cognitive dissonance at play. In one captivating and acrid riff, he describes parents who “may be Rachel-Maddow-all-in-no-toy-guns-in-the-house kind of people, but they send all three of their kids to pricey Georgetown Day School without any moral perturbation”.

“The UK, with all of it class consciousness, brings class guilt, which is a good thing. But the agonizing discussions over whether British liberal parents should send their children to public [private] schools doesn’t happen here. In the US, parents are aware of structural unfairness but with a total lack of moral queasiness.”

While the British middle class remains one of the smallest and poorest in Europe – according to the Pew Research Center, a middle-class family of four in the UK is one of the poorest in Europe, with a disposable income of between $29,000 and $87,300 – the share of adults living in middle-income households has increased in the UK, from 61% to 67% between 1991 and 2010, according to Pew Global in 2017.

This uptick is not true in the US. America’s middle-class share was a mere 59% in 2010 (with the caveat that middle-class people’s salaries in the US tend to be higher than in the UK).

Meanwhile, wealth inequality in the US today also resembles that before the Great Depression. Social networks matter greatly, and our class calibrations are often around what college one attended, leading to gruesome institutional divisions between those who attend, say, community colleges and those who attend top-tier universities. In England, despite the recent rise in student fees, university is far cheaper. The epidemic of student loans that has weighed down young Americans and older American alike simply doesn’t exist.

It was no accident that a saving grace for Rodrigo – who eventually moved to California and married an American – was the lack of copious student debt from his days at Oxford. And paradoxically, he feels that America’s attitude towards English people has given him a lift up when he moved to the US, as some Americans’ understanding of England is entirely derived from the aristocrats of imported television.

Few Americans would admit to this or, of course, talk about class at all. As Reeves says, “a bit of [British] class consciousness, on balance, would be better for the US”.