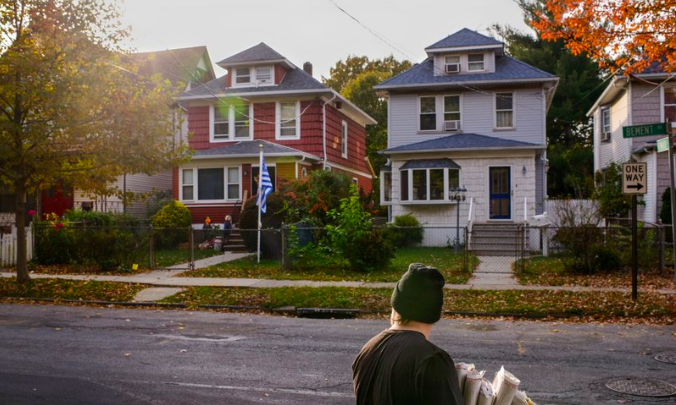 Life in Transition on Staten Island

Staten Island is the first borough to kick off the citywide celebration of the LGBTQ community, with a week full of activities. However, the island still struggles with inclusion. This year, the local St. Patrick’s Day Parade upset many by continuing to ban LGBTQ residents from marching openly as a community.

One island resident who will be celebrating this week is 22 year-old Dominic Anderson. He grew up in a middle-class, Irish Catholic family, on a classic little street on Staten Island. He had a golden retriever named Chance and his family regularly hosted board game nights. But growing up, he always felt different from everyone around him.

“I had high hopes as a kid and very unrealistic high hopes as I think about it,” he said. “I remember when I was a kid I used to always want to be the first female president, and that’s really different from now….I don’t even want to be female anymore.”

Dominic grew up on the North Shore, an area on the tip of Staten Island just a short distance from Manhattan, and yet culturally, much further away. That reality would be the first in a series of challenges Dominic would have to overcome to fully embrace his transgender identity. “The North Shore is in limbo between wanting to be really open — wanting to be like New York City — but also still being part of Staten Island, a conservative place,” he said.

Dominic is currently the program coordinator for senior services at the Staten Island Pride Center. His story comes to us from photographer Gareth Smit, a South African photographer, who has spent the last two years documenting life on Staten Island in a project called North Shore. 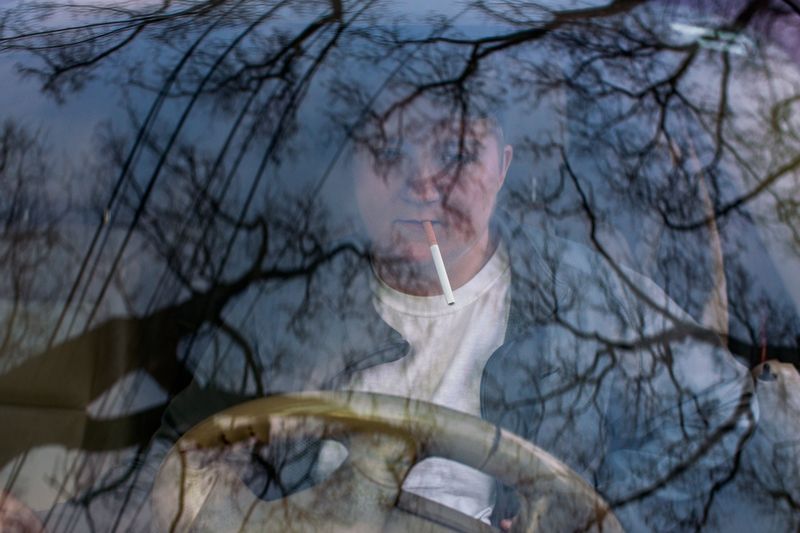 Dominic survived two suicide attempts by the time he was 14, and entered rehab for an opioid and alcohol addiction when he was 16. Photo by Gareth Smit 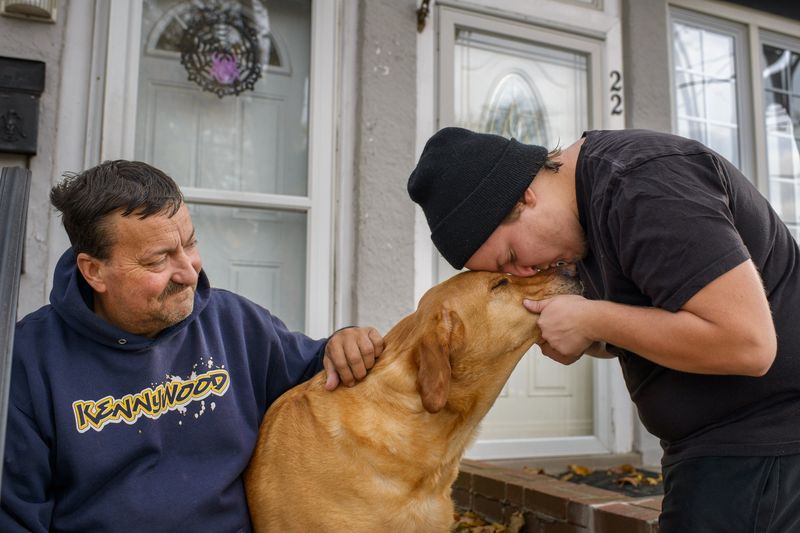 Dominic Anderson, 20 at the time, with his dad, Walter John, 60, and dog Paddy at their home in Staten Island. His dad served in the New York Police Department for 20 years and is now retired. His mom supports the family by working four jobs. Photo by Gareth Smit 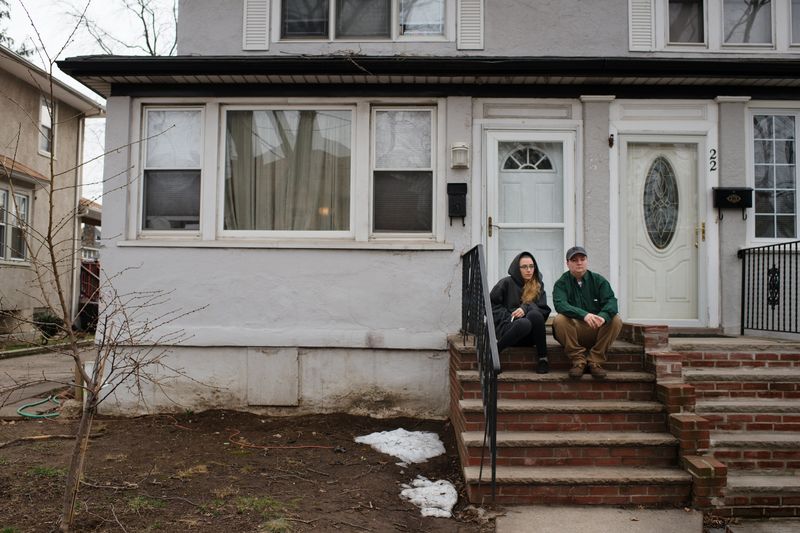 Dominic sits on the patio of his home with his fiance, Christie Ana Scala, 18. They have been together almost four years. Photo by Gareth Smit 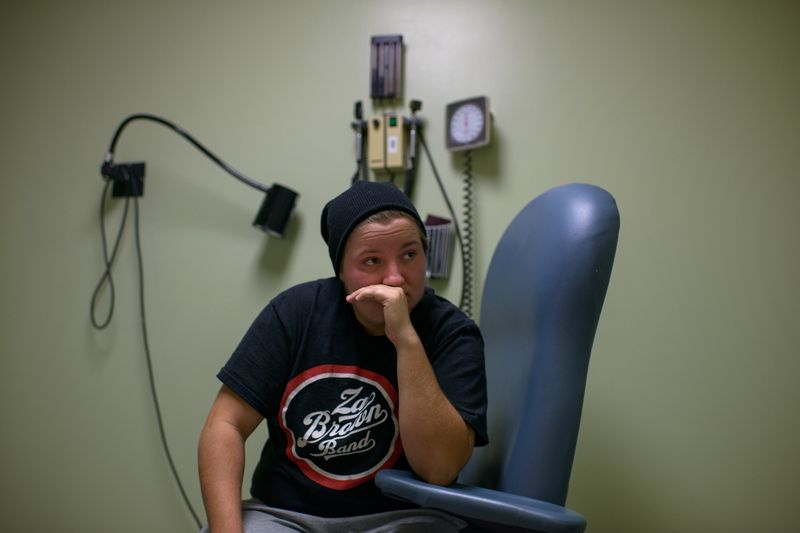 Dominic waits to meet with his doctor at the Staten Island University hospital in Tompkinsville, Staten Island in November, 2017. Dominic has opted to pause his hormone therapy so he can freeze his eggs. Photo by Gareth Smit 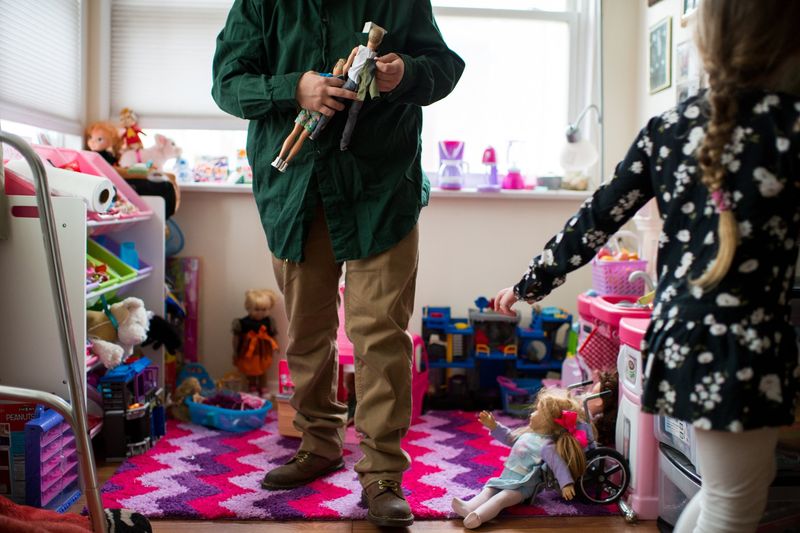 Dominic plays with his niece, Maria, 6, at home in Staten Island. Transitioning was challenging for him because he exhibited a lot of emotions that he believed were in conflict with how residents in the borough define masculinity. “For the most part, Staten Island has a very basic idea of what masculinity is: not much emotions, you won’t see guys crying a lot and in touch with their feelings.” Photo by Gareth Smit

Part of The Affordability Project. It’s a struggle to afford living in New York City, and the cost keeps rising. WNYC looks at what it takes to continue making this place home, one neighborhood at a time.