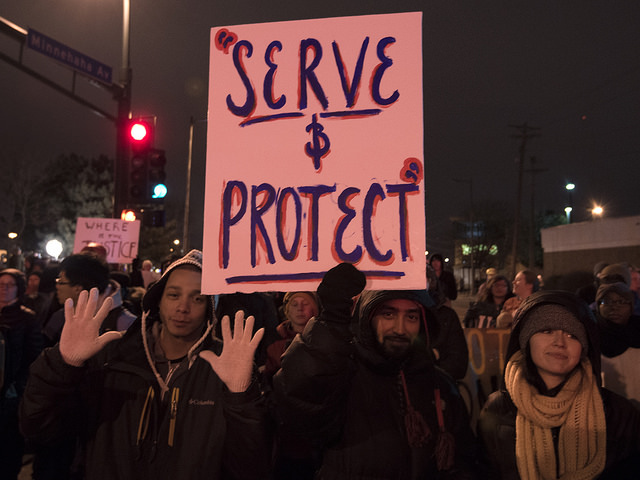 Takers or Makers? How Americans Decide Who ‘Deserves’ a Safety Net

Endless paperwork. Dirty looks on the checkout line whether you are buying Skittles or pricey organic kale. Hours spent in tedious training for non-existent jobs. Urine tests, supervised by creeps. Unclear requirements, mandatory appointments without regard for lack of transportation or childcare, arbitrary deadlines that are undisclosed until you run afoul of them.

And, after all that, the skimpy benefits obtained don’t begin to cover expenses.

These are just a few of the ways the American social safety net aims to deter aid seekers, ensuring that unworthy “takers” don’t get unearned crumbs from the mighty “makers”.

It’s about to get even worse for those needing help. The Trump administration has begun tightening access to all sorts of benefits, from housing to healthcare. It has already offered states waivers to allow them to impose work requirements and drug testing on people seeking healthcare access. The current agriculture bill (that recently failed for other reasons, but will likely be resubmitted) includes onerous job requisites for food stamp recipients. And Michigan has even devised a plan that would, by exempting certain white, rural counties with high unemployment rates, impose work requirements for Medicaid mainly on black people in cities.

Rationing government assistance – whether or not it involves blatant racism – rests on the idea that only “deserving” should receive aid. As a result, understanding how Americans decide who belongs in this worthy group may be the key to fighting these unfair policies.

“There’s a very long political science literature about when and why people are found to be deserving,” says Vanessa Williamson, author of Read My Lips: Why Americans Are Proud to Pay Taxes and a fellow in governance studies at the Brookings Institution. “The fundamental idea is that we want to protect those who suffered misfortune, but we don’t want to let everyone just kick back and relax.”

Michael Bang Petersen, professor of political science at Aarhus University in Denmark, argues that these preferences go all the way back to our evolutionary roots, which make members of social species exquisitely sensitive to the presence of cheaters or free riders. If group survival depends on the contributions of every member capable of helping, detecting and deterring those who aren’t carrying their weight becomes critically important.“It’s a very deep-seated psychological tendency that is shared across all kinds of cultures and that emerges early in development,” he says. And it means that we fundamentally tend to want to help those who have been harmed by bad luck – rather than bad choices – and, especially, those who are doing everything they can to help themselves.

Petersen’s research shows that when liberals and conservatives are presented with stories of cases that include crystal clear signs of these elements of deservingness, they show no difference in their willingness to help. (The same is true when comparing Americans and Danes, who tend to have quite different ideas about the role of the welfare state.)

However, when cues are ambiguous – when it’s not obvious if the person in need really is unlucky or feckless – differences emerge. “The conservative is much more likely to say this person doesn’t deserve help and the liberal is more likely to say he does. People default to stereotypes about welfare recipients in these cases where there is room for interpretation,” he says. And these, of course, are shaped by racial and other biases.

There’s also a massive heaping of moral judgment. “Part of our narrative around deservingness is linked to assumptions and beliefs about morality,” says Celeste Watkins-Hayes, a sociology professor at Northwestern University. From this perspective, being poor itself is a sign of immorality and prima facie evidence that bad choices must have been made.

The undervaluing of women’s work and caregiving more generally also plays a role. Innocent children are unquestionably worthy but there is less consensus on helping their “lazy” moms who just “sit around” having more kids. (Of course the idea that feeding, protecting, changing, chasing and parenting even a single, small, screaming child is not work can only come from someone who has never done it).

Williamson cites the overwhelming data showing that children’s early nurturing and education in the first years of life has an enormous impact on their adult lives, affecting outcomes like academic achievement, earnings, mental health and criminal behavior. Nonetheless, moms are not paid and most nannies and nursery school teachers earn only a pittance.

So how can we make our policies more equitable? One answer is universal benefits: if everyone gets the same benefit, there’s no reason to complain that the undeserving are getting “extra.” Indeed, one of the big reasons that America’s health care system has long been such a source of conflict is that it is not universal: with Medicaid limited traditionally to the poorest and often non-working people, those who work hard for low salaries and have to pay high rates for health care are unsurprisingly resentful.

Watkins-Hayes says that this is what Obamacare was aimed at addressing, noting that while the main goal was expanding overall access to care, it was structured to be especially good for the working poor. By including something for everyone, the Affordable Care Act won enough political support to reach those who made too much money to receive Medicaid, but could not afford private insurance.

So why the insistence on creating new marriers to benefits now, at a time when no one could credibly argue that our economic woes are due to a sudden outbreak of employee laziness?

There is a hidden logic to targeting the poor not long after the rich crashed the economy. “The trick has been divide and conquer,” says Watkins-Hayes, explaining how pitting the deserving against those who allegedly game the system prevents them from organizing and finding common ground. After all, why would you want to help people who are ripping you off?

Williamson notes, too, that we have an odd double standard when it comes to incentivizing labor across class. “We have one set of rules in the tax code for the wealthy: giving them more money will make them work harder. For others, we can’t give them more money because then they won’t work as hard.” This, too, reveals an underlying agenda.

As a result, it’s actually not surprising that when the rich have screwed the pooch, their supporters try to double down on punishing the poor.

If those who have fallen on hard times were to be recognized as unambiguously deserving, the cruelty of cutting the safety net now would be obvious – and politically unsustainable.