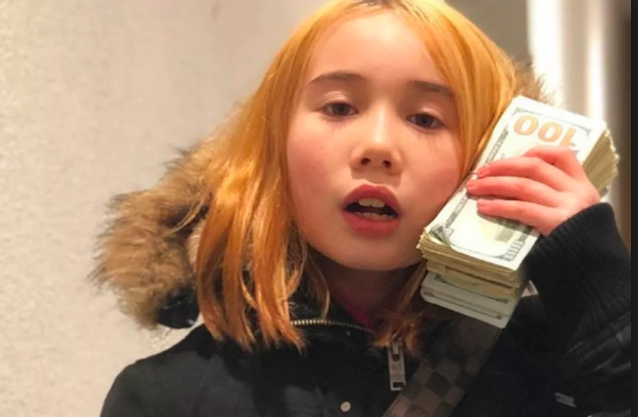 Today, Facebook and other social-media sites are under fire for their lack of privacy protections. Our personal data is potentially – or almost certainly – flowing to corporations, political parties and even other governments.

But the darkness of social media goes far beyond the breaches. These cheery interfaces are also places that can intensify our loneliness, and in particular, a sense of our falling social status. And according to the CUNY Graduate Center media scholar (although technically a professor of computer science) Lev Manovich, the feeling that other people’s social-media feeds are overly aspirational – and inaccurately ritzy – is not just paranoia.

With the help of an economist, Mr. Manovich studied millions of social-media images shared in New York, Bangkok, Sao Paulo and London and called the result Inequaligram. (The project was called Selfiecity outside of New York.) Analyzing more than seven million public Instagram images shared in Manhattan over a five-month period, he and his economist collaborator found that Instagram images posted by locals were largely of the wealthier parts of the borough, regardless of the home location of the person taking the photo. Even correcting for the bad taste of tourists, among locals’ images, half of the pictures derived from 53 land tracts, a mere fifth of the borough. In the paper Mr. Manovich published a few years ago, he further showed how the most-photographed kilometer of Manhattan was represented by 250,000 more photos than the least represented area. The project continues pushing forward the notion of “social-media inequality,” an idea of inequity that goes beyond mere unequal distribution of income.

The faux-affluent images that the Inequaligram team analyzed and the “Yay me!” tone of many social-media exchanges tend to cloud the true state of people’s lives. The paradox of these casually misleading selfies, which I like to call “wealthies,” is that the people taking the images are less likely to be doing better financially than their own parents. According to a 2016 study by the Equality of Opportunity Project, Americans who were born during or soon after the Second World War had a 92-per-cent chance of making more money than their parents did by the age of 30. Meanwhile, those born in the 1980s have around a 50-per-cent chance of earning more than their parents. These images also can intensify our anomie and shame about our own social positions. “Who needs other people’s Instagram feeds that seem designed to make you feel poor, uncool, and old?” one woman I interviewed for my book, Squeezed, remarked to me. “Facebook is the devil,” another mother told me as she tried to retain her dignity when confronted by constant “Insta” photos of sun-dappled family vacations.

Indeed, anyone visiting a social-media platform can’t help but notice the people projecting a classier version of their lives online. (Through a filter, you can’t tell whether a dress is acrylic or silk.) People also promote their proxies for class status – attractive spouses and adventurous vacations tend to show people radiating gleefulness or taste, or simply living their “best life,” which includes enchanting sunsets and global fine dining; or simply images of oneself in SoHo and other costly New York zip codes.

In Canada, the most recent – and insanely vulgar – expression of the “wealthie” can be found in imagery of Lil Tay, the nine-year-old social-media star. She was filmed in a luxurious penthouse in one video. The implication was this was the dwelling for her foul-mouthed self and her family. In truth, though, the penthouse did not actually belong to the family but rather was a listing where her mother, a real estate broker, had had an open house.

While internet figures such as Lil Tay may be at the uncouth and extreme end of class imposture, her and her family’s social-media fronting are more typical than it might seem at first.

We might be tempted to laugh off our feelings of discomfort with this kind of self-presentation as disgust for the tacky – as in the case of Lil Tay – or mere petty envy when it’s about those in our social network that are celebrating their own moments of luxury. But the sociologist Rachel Sherman, author of a book on the very rich called Uneasy Street, thinks all the social-media veneration of “glitzy thoughtless entitled wealth” have had a negative social effect. She mentioned the phenomenon Rich Kids of Instagram – now called the no-less-irritating Rich Kids of the Internet, which is only matched by the venal Private School Snapchats as celebrating gross excess, an impulse that then radiates outward to the broader public. (This coarsely decadent social-media imagery has been echoed by Trump associates such as U.S. Treasury Secretary Steve Mnuchin and his rapacious wife, who famously posed with sheets of cash.)

Mark Leary, a professor of psychology and neuroscience at Duke University, has written that our social-media presence tends to prop up and inflate our social position. “By posting selfies, people can keep themselves in other people’s minds,” Mr. Leary wrote. “Through the clothes one wears, one’s expression, staging of the physical setting, and the style of the photo, people can convey a particular public image of themselves, presumably one that they think will garner social rewards.”

They also, it must be said, tend to embrace what might be called a “1-per-cent aesthetic.” In fact, Mr. Manovich noted that on platforms such as Instagram, people tend to prefer a minimalist visual style that is an earmark of privilege. It was a paradox, he thought, as the people taking the photos “are not rich people.” Yet they do know how to take pictures that give off an air of “economic and social prestige,” as he put it. “A refined aesthetic has been appropriated by the masses.”

To be sure, people have always tended to put their best face forward to their peers and one might argue the “wealthies” are just a crude version of that tendency. And you might also ask: What kind of self-presentation are you advocating for? Should we really represent ourselves as laden with debt or ricocheting between impermanent jobs? And what of the inevitable hypocrisy of this critique? As someone who is currently promoting a book, couldn’t I also for the moment be part of the problem of social media, the 21st-century version of advertisements for myself?

To this I would say – yes. But also: We shouldn’t just laugh off “wealthies.” We might instead try to present our virtual selves warts and all. Approximating authenticity on-line is not such a tall order. In fact, it may be the very least we can do.

Alissa Quart’s latest book is Squeezed: Why Our Families Can’t Afford America, from which this essay is adapted. She is the executive editor of the journalism non-profit Economic Hardship Reporting Project.

Co-published with The Globe and Mail.