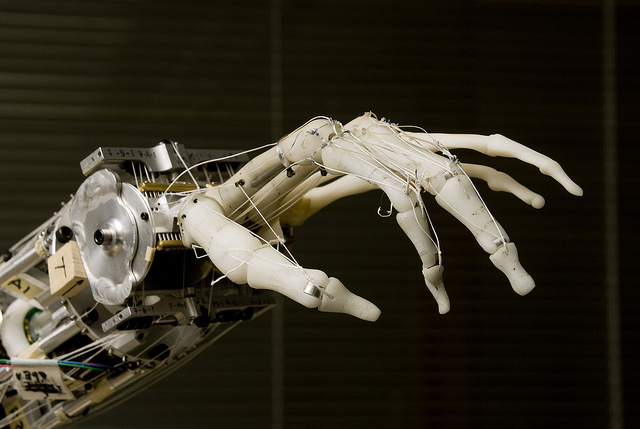 These Are the Jobs Robots Are Coming After Next

That’s the callous term Karl Fogel, partner at Open Tech Strategies, an open-source technology firm, used when describing the unwitting employee-victims of advances in automation. Cruelty aside, it’s a term that could easily describe once secure “middle-class” professions, including jobs in the automotive industry, nursing, tax preparing, office administration and law.

When I started reporting my book Squeezed: Why Our Families Can’t Afford America five years ago, I found many culprits for rising insecurity among what I called the Middle Precariat, a group that suffered from the cost of their children’s daycare, and from rent and mortgages, of course, and copious student and health care debt. But they were also afflicted by the hovering fear of being put out of work by our mechanical brethren.

While some techno apologists insist that robotization will produce new jobs to offset these losses, it is also understood that the wages of many of these jobs will be far from middle-class, and that pay is the real problem. Meanwhile, this current administration has done little in the face of automation and does not appear to have a plan to combat the dangers of the future.

So federal and local governments must try to retain the value of what I call “human infrastructure,” which is as crucial as other infrastructure that are always being praised in public speeches: highways, dams and bridges.

But first we need to know if the robots are coming for us.

Women are the robot’s prime targets. According to a study published this year from the World Economic Forum, 57% of the 1.4 million U.S. jobs technology will steal (or “disrupt”) by 2026 will be those held by women. They are more likely than men to lose their jobs to automation in the next eight years and also much less likely to find new positions.

Putting gender aside (though you shouldn’t), if you work in advertising, public relations, broadcasting, law or financial services, you have a reason to fret. In an earlier study, the World Economic Forum (WEF) in 2016 projected a total loss of 7.1 million jobs by 2020, two-thirds of which may be concentrated in these sectors plus health care. And if you work as a secretary or an assistant, you are also likely vulnerable to the robots’ anodyne march. People tend to assume that it’s all miners and truck drivers that are losing jobs, but it’s also the jobs of those who do office work. If you work as a waiter or a cashier, you also have reason to worry. If you don’t have higher education, the robots are likelier to come for your jobs according to a 2017 study from the Institute for Spacial Economic Analysis.

If you work as a trucker – or you simply want to preserve the ways that people (such as truckers) from the working class can make middle-class salaries — you have reason for concern. The American Trucking Associations warns that driverless vehicles threaten the livelihoods of the 3.5 million professional truck drivers in the United States. As trucker’s pay tends to exceed the national average—potentially $70,000 per year, with overtime, plus medical coverage — truck driving is now a blue-collar job with white-collar pay.

(The median yearly wage for a private fleet truck driver is $73,000, according to ATA, while the Labor Department puts the median annual salary for all truck drivers at a $42,480.)

Even being in a growth profession doesn’t ensure that your human job is protected. Take nursing. The Bureau of Labor Statistics projects that the demand for nurses will grow by 15% from 2014 to 2024 as the elderly compose a bigger and bigger proportion of the U.S. population. Nevertheless, the National Science Foundation is spending nearly $1 million to research a future of robotic nurses who will lift patients and bring them medicine while keeping human nurses “in the decision loop.” And elsewhere around the country—in hospitals in Saint Paul, Minnesota, for instance—nurses have protested against the use of algorithms to run their hospital floors. The nursing union asserted that using such technology was deeply unwise: why remove human judgment, which factors in family and psychological issues and which robots are incapable of considering?

Which brings me to the final point: what do we do about this? A key thing is to support unions like the nursing one or a labor organizer I have spoken with who was trying to get truckers and rideshare drivers to resist driverless trucks. By organizing, worker’s collective voices can be heard — by those in charge and by those who rely on those human-led services. What if patients don’t want to be lifted by a robot and instead, prefer the old-school notion of human touch? What if consumers demanded human customer service?

The second, a more broader way of approaching this, is to consider what I have called elsewhere a “slow tech” movement that might match our “slow food” and “slow fashion” trends. We can start to rethink automation broadly, recognizing that when people lose their jobs, real families get hurt, even if in the abstract other jobs are created.

At the end of the day, the truth is that if—when — robots prevail, so many vocations will actually become close to impossible. Save for the profession of making robots, that is.

This piece is adapted from Alissa Quart’s new book Squeezed: Why Our Families Can’t Afford America, out this week. Quart is the executive editor of the journalism organization the Economic Hardship Reporting Project. She is also the author of three other nonfiction books: Branded: The Buying and Selling of Teenagers, Hothouse Kids, and Republic of Outsiders.