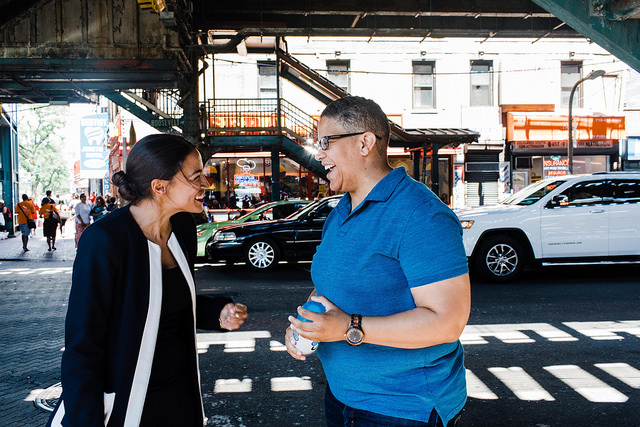 How Economic Anxiety Could Help Reshape America for the Better

Or do we? At the end of July, US senator Bernie Sanders proposed a bill abolishing cash bail, long a scourge of indigent people and the activists who defend them. “Poverty is not a crime,” Sanders said. “Hundreds of thousands of Americans, convicted of nothing, should not be in jail today because they cannot afford cash bail.”

That isn’t the only bright spot. On 7 August, Missouri voters voted 2-1 to demolish the state’s “right-to-work” law – a rare victory for unions over Republican politicians and business interests. While the supreme court’s recent ruling against mandatory public union fees, as well as unions’ falling membership numbers, have hurt American labor, this week’s ballot measure showed at least one avenue to partial recovery.

A number of other solutions that once seemed “pie in the sky” – universal basic income, Medicare for all, universal pre-kindergarten – now seem more, well, attainable recently than they have in the past, and may even be closer than we think.

Some of these much-needed changes in attitude or in deed have emerged because the middle class is waking up to its own precarious position. Despite rosy employment numbers, 65% of Americans report living from paycheck to paycheck. We have a collective $1.5tn in student debt, so much that there is even a game show for those who need help paying their student loans.

Educated professionals in the socio-economic swath I sometimes call the “Middle Precariat” are realizing the economic instability of their own lives and beginning to find common cause with poor and working-class people. For instance, a coalition of poor and struggling middle-class voters contributed to socialist Alexandria Ocasio-Cortez’s recent Democratic party primary win in New York.

While pundits may profess shock that in a time of so much growth and wealth people might reach for such transgressive ideas and stances, those who are living below the top of American society know better. Employment may be full but wages are stagnant. Working hours are unpredictable and many workers need multiple jobs – or “side hustles”, to use a cute name for a horrible reality – to support their families. A single setback, like an unexpected illness or a jailed family member who needs bail, can tug people into the abyss.

But economic anxiety is motivating. It can change people’s allegiances and sensibilities and effect change.

Another reason why the pie in the sky has landed is a more constant throughline in American history, of course: norms can change quickly, as everything from #MeToo, gay marriage, legalized marijuana, a substantially raised minimum wage in a number of communities, and yes, even Trump’s election have demonstrated. Years ago, who would have thought that some of the biggest companies in Seattle would be on the hook for paying their employees $15.45 an hour? It’s easy, at this moment, to forget that these shifts are as much a part of our social fabric as our reactionary traditions.

But so much of the latest pie-in-the-sky normalization is driven by a more specific thing: today’s economic uncertainty and struggle, both that of citizens and the actions of politicians trying to respond to that instability.

Chicago alderman Ameya Pawar recently proposed a universal basic income (UBI) program for the city. If it becomes reality, the city will give 1,000 families a $500 monthly stipend with no strings attached. Many of the city’s politicians have voiced support, and the tech industry – with its typical passion for “disruptive” ideas – also backs the idea. Even Fox News ran a straightforward story on the subject, seemingly appreciative of Chicago’s potential experiment. Democrat Andrew Yang, a former entrepreneur, is planning a 2020 presidential run on a UBI platform.

Scott Santens, a UBI advocate, told me he thought that one of the “biggest signs” of UBI’s normalization was when Hillary Clinton mentioned in her book What Happened that she’d considered including basic income in her campaign, describing it as “Alaska for America”. (The Alaskan government gives state residents a dividend of its oil revenue.) After all, Clinton, Santens pointed out, “gauges political winds and follows where they’re going once strong enough”.

Other seemingly radical ideas have mainstreamed and gained political momentum. Universal pre-K, for example, is being adopted in a growing number of large cities; in the last few years, it has become a reality nearly overnight in New York City.

Similarly, Sanders’ bill to abolish cash bail emerges at a moment when more than 450,000 people are jailed in America without conviction. Many are there because they simply don’t have enough money to post bail. That’s an awful lot of people and if you add their families into the mix, the number of people affected multiplies.

There is historical precedent for the way that cross-class monetary discomfort and anxiety about the future have sped along policy ideas previously considered radical or obscure. During the Great Depression, the proximity of middle- and working-class people to direct fiscal suffering brought radical politics into the mainstream and made the New Deal possible.

Perhaps that’s why Ocasio-Cortez, as well as a number of other insurgent politicians, proudly and successfully define themselves as socialists. “Socialism” isn’t the S-word any more: and lots of young people who can’t afford to have kids are mirroring her maverick positions back to her. In a recent poll, 61% of Democrats between 18 and 34 years old said they view socialism positively, a shocking shift from those shaped by the cold war. Since 2016, membership in the Democratic Socialists of America (DSA) has leapt from 6,000 to 43,000.

Trump has naturalized all kinds of outrageous or regressive behavior but, at the same time, innovative and progressive ideas that once seemed far-fetched are being normalized as well. We’re used to thinking of social change as something that happens very slowly, incrementally, but sometimes change can happen more rapidly than we expect.

When we decide the operation of the machine has simply become too odious, to remix the famous line from activist Mario Savio, we can and sometimes do throw ourselves swiftly on its gears, in new and surprising ways.

Alissa Quart is the author of Squeezed: Why Our Families Can’t Afford America.