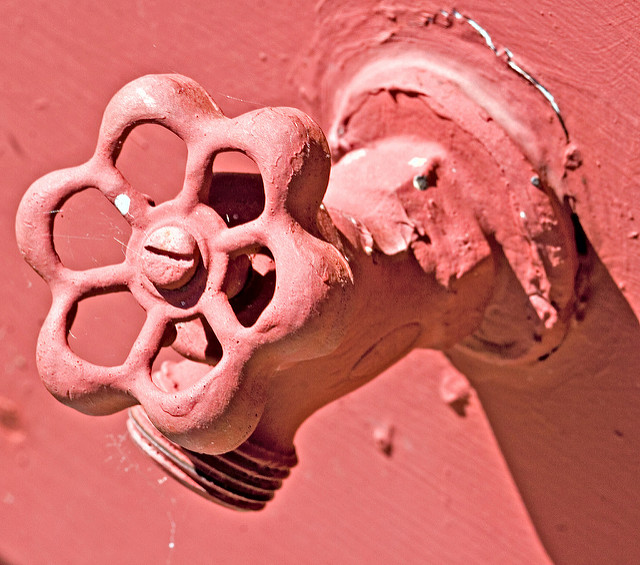 In California, a Thirst for Change

Outside a convenience store just down the road from where he recently graduated high school, David Vigil talks to me about how his large, extended family must cope with tap water he can’t trust. In this produce-rich and citizen-poor agricultural community, contaminated groundwater comes out of many residents’ faucets.

Cutler is a 97-percent Latino farmworker town located at the heart of Central California agricultural bounty. The extra $15 a week the Vigil family spends for bottled water might not seem traumatic at first glance. However, in a part of America where the median family income is a little over $2000 a month, that $60 expenditure hurts.

The California Water Resources Control Board reports that 360,000 residents lack access to clean drinking water, due to ground contamination and aged infrastructure.

That’s about three times the population of Flint, Michigan. According to the Water Deeply, a nonprofit publication that covers water in the west, an estimated one million Californians — mostly rural and poor — are exposed to contaminated water each year.

“Many of these communities are “unincorporated,” which means they lack a municipal government and the amenities other towns take for granted – streetlights, sidewalks and sometimes clean drinking water and proper sewage treatment,” reported Water Deeply

Though Cutler’s water last year met state safety standards for the first time in more than a decade, many families here still choose not to chance it.

A bill that would bring potable water at a reasonable rate to rural places such as Cutler is now making its way through the legislature in Sacramento.

“Water out of our tap should be safe to drink, and we shouldn’t have to fear drinking that water because we fear that we’re going to get sick,” says Susana De Anda, co-founder of the Community Water Center, a non-profit advocacy and education organization in Visalia. “A lot of Central Valley residents, hard-working families, are exposed to some toxic water, and having to pay some of the highest bills for water they cannot drink, in essence paying for it twice,” she continued.

Californians relying on public water systems that fail to deliver drinkable water are forced to buy the bottled stuff at about $3.50 per case of 24 on top of being taxed for water that, in Cutler’s case, has contained unsafe levels of nitrates and pesticides in recent years. De Anda told me that being billed double is only the most visible aspect of her constituency’s water-related struggles.

“In addition to having to pay the price, money-wise, you’re also having to deal with health impacts, and that’s severe,” she said. “Having to constantly live in a stressful situation, buying bottled water. And making sure you have extra waters in case family comes.” Parents, she adds, must monitor their children while brushing their teeth so that they don’t swallow any water.”

In 2012, the Community Water Center helped lobby for the passage of a state bill that declared access to safe, clean drinking water a human right.

That declaration amounted to empty words, however. It didn’t not decontaminate one drop of Tulare County water supply.

“That was passed in 2012 and it’s 2018 and that still not a reality. So, we’re in violation of the law,” De Anda pointed out. “The big why is because we lack the resources to maintain that all Californians have safe, clean and affordable drinking water.”

A water purification plant to serve Cutler would cost approximately $2 million, a figure that would wreck the budget most towns around these parts. It’s one thing to declare water is a human right, it’s another to fix a malfunctioning well. So, as part of his final budget, Gov. Jerry Brown last winter proposed a fund to provide quick relief. The so-called “Safe and Affordable Drinking Water Fund” would pay for the development of sustainable water service and infrastructure.

But the fund would have been financed by a new tax. But talk in the Capitol’s halls that a certain influential —— if imagined — voter would punish supporters of any new tax at the polls in November. By June, the bill appeared to be dying, So its authors recently presented a plan for the fund to come from a voluntary fee instead. California Water Customers can now opt out of a monthly 95-cent tax. Dairies and fertilizer manufacturers chiefly responsible for nitrates in groundwater would be required to chip in as well.

Opponents of tax increases have protested even this watered down version of the proposed law.

“Everybody involved with this is well intended,” said Cindy Tuck, a lobbyist for California’s water agencies, “but there are some that really want the authority to tax water and they’re looking at numbers that are significantly bigger than 95 cents per month.”

Calling the rewritten SB 845 “a new twist on the statewide tax proposal,” Tuck said the fund will lead to unnecessary government bureaucracy if passed. Foes say the bill would impose a costly and complicated program that would require more than 3,000  water systems to solicit and collect donations on customers’ local water bills, then pass that money to the Capitol. Forcing local entities to change billing software and hire staff to implement the law, said Tuck, would ultimately raise the cost of water.

“We don’t think that makes sense,” she said. “It’s not efficient.”

“I don’t know the ins and outs of collecting that fee, but as a homeowner I see all sorts of fees on my property tax bill, on my utility water bills,” Garza said. “There probably is a cost to setting that up, but I don’t know that I agree that it’s inefficient or unwieldy.”

In June, Orange County voters recalled Democratic state senator Josh Newman, who lost his seat because of his support for a gas tax. That sent a shock wave of election day vulnerability across some districts. With so much political attention focused on the repeal of the gas tax, one for water turned into an illogically hard sell. Estimates are that annual costs of improving water quality would be $140 million per year. The state’s Rainy Day Fund alone is about $13.8 billion.

“In an election year, when one side is running on an anti-tax, anti-fee kind of agenda, it suddenly becomes really complicated or difficult to take this vote,” Garza continued. “You know, everyone will say that this is an embarrassment. I don’t think you will find anyone on either side of the aisle who’ll say that it’s acceptable. The political will just hasn’t been there. I hope that now that’s not the case, but we won’t know for sure until the legislature adjourns.”

Donnell Alexander is a Los Angeles based creator of cultural content whose writing, storytelling, and commentary has been featured by KCRW, TIME, Al Jazeera’s Inside Story, and Narrative Global Politics (Routledge, 2016). His most Recent short film (with Sika Stanton) is An Oregon County (Oregon Humanities, 2017)