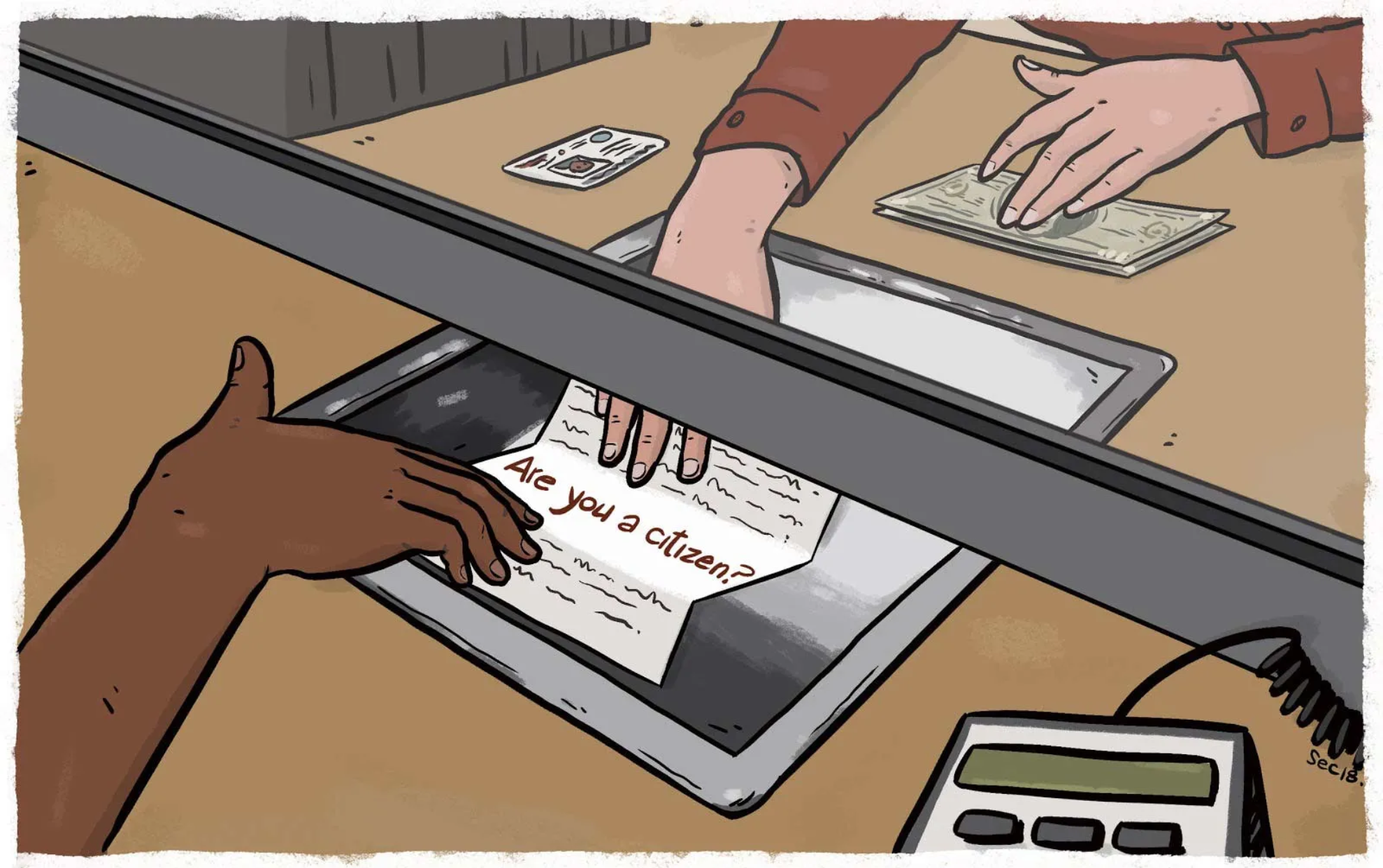 Why Is Bank of America Asking Clients About Their Citizenship?

The reports started trickling in to online forums and local news, starting in 2017. From Reddit toThe Kansas City Star, Washington to New York, the stories all followed roughly the same pattern: Bank of America sent a customer a notice demanding details about their citizenship—and if they refused to answer, their accounts were promptly frozen.

Outside the United States, this is a normal practice. Dozens of countries have agreed to the Common Reporting Standard aimed at combating tax evasion, and began collecting citizenship information as part of that effort in 2017.

But stateside, these reports have raised fears that banks could, at least theoretically, help the authorities identify and target immigrants. In the UK the banking industry has already been charged with collecting information on foreigners as part of a bigger plan to create a “hostile environment” for undocumented immigrants. Immigrants and advocates worry the United States could be next.

Bank of America explained that it was required to ask the question to comply with Treasury regulations. It’s true that American financial institutions must monitor their accounts for signs of money laundering, and comply with the Office of Foreign Assets Control’s economic sanctions on several countries, including Iran, Cuba, and Syria. Under a separate law, foreign banks must collect citizenship information from Americans, ostensibly in order to track down potential tax-dodgers.

But domestically, they are not required to collect customer citizenship information. In fact, Social Security numbers aren’t even required to open an account. Shortly after Donald Trump’s election, in December 2016, a senior counsel for the American Bankers Association said that “banks don’t track whether or not someone is legally in the U.S.”

Paulina Gonzalez, executive director of the financial inclusion nonprofit California Reinvestment Coalition, suggests that Bank of America’s policy “raises questions about the role banks will play in Trump’s America.” Writing in The Hill, Gonzalez speculates that “some banks are more than willing to carry out Trump’s agenda of creating a system where immigrants have fewer economic rights than others.”

The American Bankers Association declined to comment on specific institutions’ policies, but said that “strict regulatory requirements” aimed at deterring illicit activities justify requests for personal information. “Banks of all sizes are required to collect a range of information about their customers to comply with the Bank Secrecy Act of 1970 and ‘Know Your Customer’ standards,” says spokesperson Blair Bernstein. “Since 9/11, these strict regulatory requirements have steadily expanded.”

Bank of America spokesperson Christopher Feeney says the company does not ask for any actual proof of citizenship—just a customer’s word—and that it does not share that information with any government entities. It insists that this policy is not enforced selectively with regard to what the government considers “higher-risk customers.” Eventually, every single one of the bank’s customers will be asked for their citizenship information, Feeney says.

Still, even if the policy isn’t new, selective, or unique to Bank of America, its clumsy application at a critical moment contributes to an atmosphere of dread for noncitizens in Trump’s America. What’s more, it compounds the long-standing problem of financial exclusion. While the result of banks’ collecting citizenship information is less immediately frightening than the prospect of deportation, citizenship data give banks more information with which to assess a customer’s creditworthiness.

In the United States immigrants make up a significant share of potential borrowers and account-holders. There are more than 13 million permanent residents with green cards, 2 million workers in the country on visas, and an estimated 11 million residents who are undocumented. Denying banking services to this large population—and missing out on all those fees and deposits—is not a great way of maximizing profits.

Legal status isn’t an unreasonable factor for any lender to take under consideration when looking to limit their risk. If someone is likely to leave the country on short notice, it can affect their ability to pay back a loan, which, in turn, can justify requiring larger down payments on mortgages, higher interest rates on personal loans, or denials of those lines of credit entirely. Policies requiring clients to reveal their citizenship thus formalize practices that previously might have been casually or selectively applied.

Currently, noncitizens are able to access traditional loans only at the discretion of individual lenders, some of which advertise special advisers and products for immigrant customers, and some of which deny certain services to certain classes of immigrants.

A pending class-action lawsuit filed with the US District Court of Northern California against Wells Fargo claims that the bank refused to accept applications for student loans and credit cards from DACA recipients, which plaintiffs claim is a form of illegal discrimination under California consumer-protection law, as well as a federal civil-rights law originally drafted to protect emancipated slave “aliens.”

Wells Fargo doesn’t deny discriminating against Dreamers, but contends that it is allowed to, because immigration status isn’t a protected class. In its defense, Wells Fargo specifically cited President Trump’s comments
that he would end DACA as proof that those customers were especially risky—after all, with deportation looming, how would the bank possibly recoup their debts?

Still, by the numbers, immigrants prove to be good bank customers. Since receiving Social Security numbers, tens of thousands of DACA recipients have taken out student loans and credit cards, and bought cars and homes—even though their mortgages can come with higher interest rates, as they’re harder to sell on the secondary-debt market. There’s little data available specific to noncitizen immigrant loans—but when immigrants are able to become citizens, homeownership rates jump.

What’s more, federal immigration policies end up changing the way banks evaluate risk. The more the federal government cracks down on immigration, the more immigrants can be justifiably treated as risky customers under existing consumer-protection laws, and denied the same financial rights as their citizen neighbors.

Some of the underbanked avoid traditional financial institutions because of a lack of trust. They aren’t necessarily forced into the more expensive alternative financial-services market—they often just feel it’s their best, safest option.

Of course, the alternatives can prove even less safe and more predatory. Title loans, payday lenders, check cashers, and other high-cost credit options are more prevalent in Latino immigrant communities than in white neighborhoods.

This policy is far more subtle than a stark red line on a map, but could result in the same outcome, with a segment of Americans’ being systemically relegated to an underclass. Whether intentionally or not, citizenship questions may well push more immigrants further into the margins.