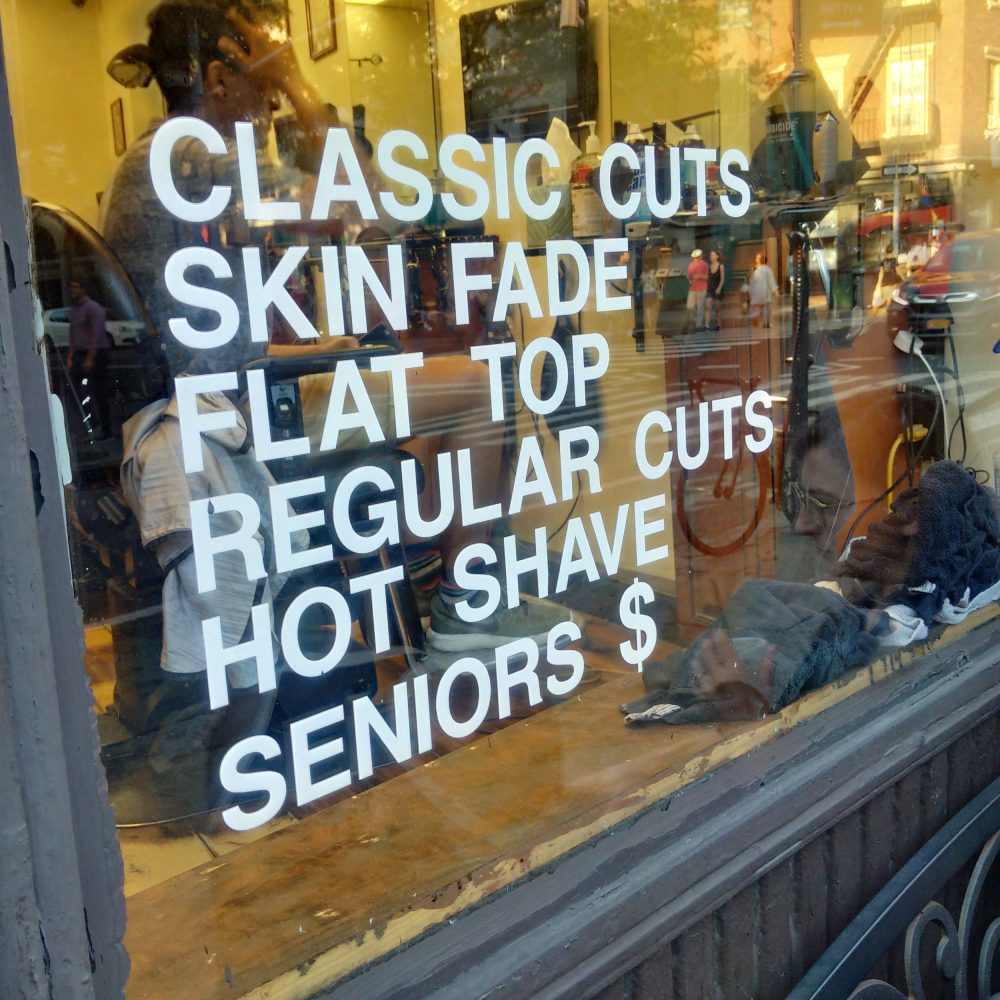 Not all senior citizens need discounts. But all low-income people do.

To stretch her tight budget, Beth Cote Dekis, 61, who describes herself as a disabled woman struggling to save her house, tends to shop at retailers like Marshalls and T.J. Maxx, which offer senior discounts on certain days of the week.

“I am low-income since my husband died of cancer,” Dekis said. “Makes it very difficult to make ends meet.”

Companies began offering the now ubiquitous senior discount in the 1960s to boost brand loyalty and because they “considered the older folks as poor, and most did so for PR purposes,” said George Moschis, director of the Center for Mature Consumer Studies at Georgia State University.

While those discounts may serve shoppers like Dekis today, it’s their economic status, not their age, that makes them so. If we really want to live in a world where such price cuts are useful, then we must reconsider whom they help. It’s time to retire the senior discount and redirect the savings to low-income people of all ages. The wealthiest seniors don’t need the cheap seats at the movie house.

In 1960, more than one-third of Americans older than 65 lived in poverty. In the years that followed, the introduction of safety net programs such as Medicaid and Medicare improved the fortunes of many. The John F. Kennedy and Lyndon B. Johnson administrations also expanded Social Security, providing more older Americans with a “fixed income” that stabilized their finances.

Today, households including 65-to-69-year-olds are now the wealthiest in terms of median value of assets, prompting some critics to call for ending senior discounts. In USA Today, Don Campbell complained that such price cuts are “absurd, illogical and helping fuel the growing economic divide between struggling younger generations and a self-obsessed, mostly well-to-do older generation.”

Despite headlines about the supposedly roaring economy, the supplemental poverty rate (a U.S. Census Bureau measure that includes tax payments and work-related expenses as well as wages) for people older than 65 jumped by about 6 percent in 2016. More than 1 in 8 Americans of all ages live below the poverty line. And an estimated 18.5 million people struggle in “deep poverty”: $12,169 a year for a family of four. According to a report recently released by the U.S. Department of Agriculture, these Americans probably did not have enough to eat at some point during 2017.

Charmaine Moorman-Burgin, 70, who takes advantage of the senior discount on groceries on Tuesdays at her local market in Ocean Shores, Wash., wants younger people, especially families with children, to get the same break she does. “The cost of things keeps going up, and wages stagnate,” she fretted. “It’s a great idea to extend the discounts.”

As James Baldwin observed, “anyone who has ever struggled with poverty knows how extremely expensive it is to be poor.” Customers with the lowest balances routinely pay high banking fees. The payday lending industry charges loan-shark-like interest rates to its cash-strapped clients. Low-income consumers spend more than double for staples such as toilet paper, because they can’t come up with the cash for volume discounts.

A private-sector discount program would hardly replace more comprehensive governmental anti-poverty programs, but it could help narrow income inequality. It would also be simple to implement: Those seeking to take advantage of it could show any public assistance ID, disability claim or an unemployment pay stub to qualify. Brand it as the “Opportunity Discount” or create the “D Card” (for deserving); a positive name would reduce potential stigma just as SNAP (Supplemental Nutrition Assistance Program) sounded less degrading than “food stamps.”

Income-based pricing is not entirely new. Universities, utilities, mobile phone companies and an increasing number of local governments provide price breaks for poorer citizens. New York City cut the cost of transit passes this summer by 50 percent for customers with incomes below the poverty line. The Massachusetts Bay Transportation Authority has been debating a similar policy in Boston.

A small but growing number of companies is already experimenting with tiered pricing. Some restaurants, gyms and clothing brands have introduced sliding-scale pricing. And Lime, which rents electric scooters in several cities, including Washington, recently rolled out a half-price rate for customers on public assistance to “allow for access to our fleet of vehicles to as many people as possible and help take down barriers,” said Maggie Gendron, Lime’s director of strategic development.

Evidence increasingly suggests that generosity as a marketing strategy could prove profitable. Consider the allure of fair trade certification. In an article published by the Stanford Graduate School of Business, researchers tested whether American consumers would pay more for fair-trade coffee at 26 stores. Sales of the coffee that displayed a fair-trade label were 10 percent higher than those of a brand that lacked the seal.

Meanwhile, spending on “socially responsible investment” funds — not long ago a mutual fund afterthought — has skyrocketed in recent years, rising to about a quarter of professionally managed assets.

While there may be a difference between purchasing a product that you judge ethically produced and buying from a store that treats other consumers ethically, some marketing experts believe these impulses are related.

Younger consumers — highly sought by marketers — are likely to support toppling the discount status quo. A recent survey by Horizon Media found that 87 percent of 18-to-34-year-olds agreed with the statement that “we have a responsibility as consumers to put our dollars behind brands that behave in socially conscious ways.” As Kirk Olson, senior vice president at Horizon Media, observed: “Whe
n people view it as part of their own responsibility as human beings to spend money with social good in mind, it becomes personal. And when it becomes personal, people are more likely to act based upon that belief.”

A private sector proposal that helps our struggling neighbors should win over progressives and conservatives alike, but admittedly there will be barriers to acceptance. Some poor people suffer from shame about their low income. And the grocery checkout counter can double as a hazing line for customers who display an EBT card.

It will also prove a challenge to change the ill-conceived perception that poor people are shiftless and undeserving of aid. According to a Pew Research study, “more than one-third of Americans judge the poor as responsible for their financial state because of a lack of effort rather than circumstances beyond their control.”

Some consumers might object to paying more than their less-fortunate neighbors (though Gendron reported “no complaints from our ridership” about its pricing structure). Yet many more, suggests public opinion research about progressive taxes, will applaud such an initiative. Earlier this year, Gallup reported that more than three times as many Americans believe low-income people pay too much in taxes rather than too little. And repeated attempts by politicians to sell a flat tax always fall flat.

Klein posed another potential caveat. When retailers promote how magnanimous they are, consumers may discount it as “window dressing.”

The nonprofit sector can alleviate that concern. To reward companies that offer the opportunity discount, an independent association funded by foundations could serve as a public cheerleader, publicizing corporate participation, conducting outreach among low-income consumers and issuing a seal of approval (perhaps give annual awards for the biggest discounter).

Soon enough, price cuts for the poor could produce a competitive advantage. If Target, which promotes “being a good neighbor” as a mission on its website, offered a break to the poor on, say, Tuesdays, how long would it take Walmart, which touts that it wants “to do business in a way that enhances economic opportunity,” to follow suit?