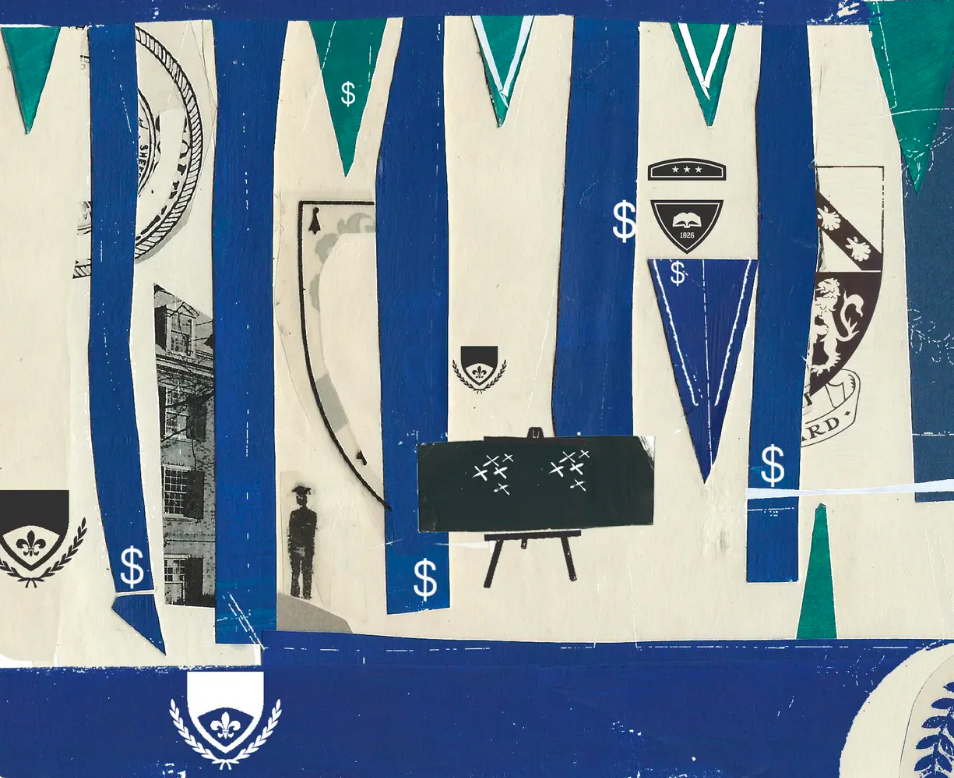 A 2015 survey by Pacific Standard found that 62% of adjuncts made less than $20,000 a year. Illustration by Rosie Roberts
Education, Workers

Professors are Selling their Plasma to Pay Bills. Let’s Hold Colleges’ Feet to the Fire

Former New York mayor Michael Bloomberg recently gave $1.8bn to his alma mater, Johns Hopkins University in Baltimore, Maryland, for financial aid. The donation, the biggest gift of its kind, will enable Johns Hopkins to ensure permanently need-blind admissions. Bloomberg’s big-ticket donation has received plenty of headlines – and criticism – for simply adding to the coffers of an already elite institution. To me, however, his donation highlights another problem involving money on campus that no philanthropist seems to want to touch: the sheer amount of terribly paid adjuncts now toiling away at American universities.

Over the last few years, I have talked to numerous adjunct professors in extreme situations: homeless, living in their cars, getting their meals from their university’s food bank, taking extra jobs to support their families, even donating plasma.

Top-tier American universities charge tens of thousands of dollars a year in tuition – yet they get away with exploiting legions of adjunct professors, underpaid and economically insecure, who work long hours and typically do not even receive health insurance. Many are living below the poverty line, while the colleges that employ them continue to operate with endowments in the many millions of dollars. A 2015 survey by Pacific Standard found that 62% of adjuncts made less than $20,000 a year.

Knowing this, how can we, as students, parents and alumni, know if the institutions which happily accept our checks provide their staffs with even a bare minimum standard of living?

Here’s an idea: a “fair labor” seal or rating for colleges and universities. (Ditto for elementary, middle and high schools, especially when they are private, charter or otherwise not unionized.)

A fair labor label would affect colleges where they live: their public image. Ratings would be based on factors like what percentage of a college’s faculty is non-tenure-track. Currently, the ratio of full-time faculty on a given campus counts for only 1% of the criteria by which the US News & World Report ranks colleges. What if that percentage factor was more heavily weighted? After all, the Report’s rankings are considered the gold standard. And what if other variables were considered, such as how much a college pays its adjunct professors per course, whether casual workers can unionize and whether they have access to healthcare plans?

Some naming-and-shaming is overdue – and probably highly effective. Universities such as Yale and Boston College, which have vigorously fought efforts by graduate student workers and adjuncts to unionize, would sweat for a fair labor seal. So would Vermont Law School which, in a move that would once have been inconceivable, recently revoked the tenure of 75% of its tenured faculty.

Tenured Queens College literature professor Talia Schaffer is a board member of the group Tenure for the Common Good, an organization that describes itself as “seeking to rally tenured faculty to use their tenured positions to fight for justice”, working alongside non-tenured colleagues “to achieve the goal of equity in the academic workplace”. She put it bluntly. “If you have a child in college, she is likely being taught by someone being paid starvation wages,” says Schaffer. “Maybe they are homeless, with no medical care, no office, no supplies, no books, working around the clock just to make enough money to survive.”

Colleges are fond of boasting of their Leed certifications, which are granted for meeting certain environmental standards for buildings. A fair labor seal could be an equivalent certification guaranteeing the wellbeing of the humans who work in those buildings. If created, the seal would quickly become a default standard in transparency and consumer choice – a trustworthy measure of good business practices much like the Leed certificate. That would empower students and parents as well as adjuncts and other non-tenured workers: perhaps all workers at a university, in fact. After all, we worry about the labor conditions of the farmers who grow our coffee and the factory workers who make our clothes. Why not our professors?

Indeed, it’s hard to imagine how a fair labor seal wouldn’t appeal to the idealistic students and their parents that these schools want to attract. These students want to know their money is spent on ethically produced goods and services – that their food is organic and pasture-fed; that their shampoos are cruelty-free; that their mascara hasn’t been tested on rabbits. Consumers like this are the reason Starbucks and other purveyors of fine caffeine use fair trade logos to let us know that the people who picked our coffee beans are fairly compensated.

A higher education fair labor seal would certainly appeal to the same demographic. It would also tear a label, so to speak, from previous labor movements. Think of the ILGWU tags that were for many years sewn into any piece of clothing made by the International Ladies Garment Workers Union, or the 1990s Clean Clothes Campaign against sweatshops.

If we created a fair labor seal for colleges, it could worm its way into the US News & World Report’s rankings that spellbind so many college-bound teens and their parents. In fact, Schaffer told me that Tenure for the Common Good has met with Robert Morse, the head of the ranking team at US News & World Report, in the hopes of persuading the popular guide to hold colleges more accountable for their labor practices.

Schaffer was inspired by the dismal situation in her own academic department – now 63% adjuncts, she says, “shouldering triple or quadruple the work”. As a former CUNY adjunct I shivered at these numbers. “Higher education in the US is getting destroyed by this system,” she said.

A fair labor seal might also appeal to the self-interest of students and parents. Such a seal, Schaffer noted, could “help parents choose viable universities for their kids – universities where faculty have conditions that enable them to teach well”. What would happen, for instance, if we reminded parents that graduate student workers at ultra-rich schools had tried to form a union – and were told to take a hike by the university? (As of this week, Columbia University finally agreed, after much hectoring, to bargain with graduate workers, though generally graduate unions and adjunct unions are separate.) What would happen if more parents realized that the lavish cost of their children’s education goes to country club amenities – while the professors who actually teach their children are underpaid, miserable and struggling to pay off their own college loans?

Some of this is branding. For a fair labor campaign to work, it needs an easy-to-grasp rating system and a recognizable logo. Eileen Boris, a professor of feminist studies at the University of California, Santa Barbara, reminded me of the popularity of the ILGWU’s “Look for the union label” jingle in the 1970s. I remember the earnest union label adorning many of the clothes I wore growing up. American labor today needs to re-adopt some of that liveliness and simplicity of expression.

Language is key. Although American culture is known for its individualistic, free-market ethos, Americans also believe very earnestly in “fairness” as a value – and college labor practices are badly lack
ing in fairness.

Finally, when I asked fellow parents whether they would factor in whether a fair labor seal was affixed to their children’s costly education, the answer was a resounding yes.

The fair labor seal for higher education could easily gain momentum. If so, it might protect college freshmen from some pretty dark realizations. After all, discovering that your professor is dwelling in poverty is not the type of education any student wants.