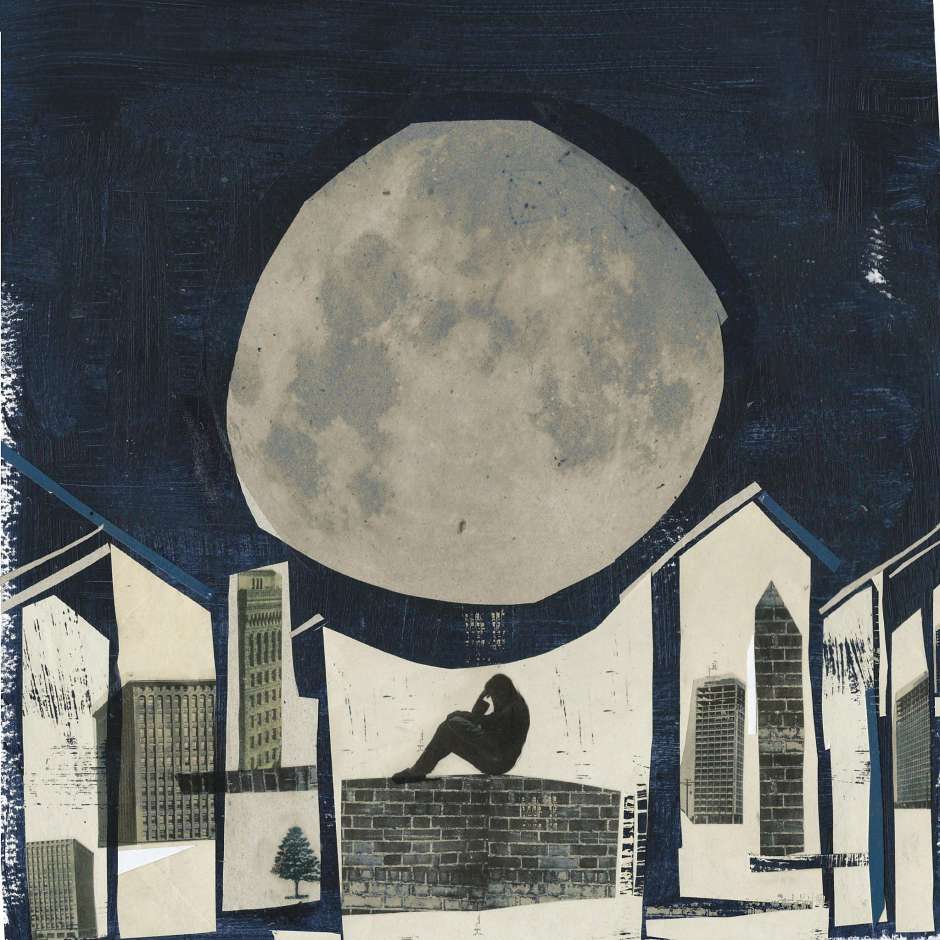 No place to lay your head: How the lack of sleep impacts the homeless. Illustration by Rosie Roberts
Housing

To Help the Homeless, Offer Shelter That Allows Deep Sleep

I barely slept for the full two years I was homeless. One night, I searched for places to sleep in all the wrong places, including the top of a plastic slide in a playground. At about 3 a.m., I curled up on a portion of soft, thick grass. But an hour later, automatic sprinklers came on, drenching my feet. I sloshed to the edges of a wilderness park, where I finally found a generous-size wooden bench. I changed my socks and fell in and out of sleep for the next two hours, waking up to my own violent shivering.

Sleep deprivation haunts unhoused people, worsening the trauma that sometimes caused their unsheltered situations in the first place, as well as any mental and physical illnesses they have. Bobby Watts, chief executive officer of the National Health Care for the Homeless Council, says that “sleeplessness in homelessness is a public health crisis.”

There are more than 554,000 homeless people in this country, estimates the U.S. Department of Housing and Urban Development. Of those, 7,499 people are homeless in San Francisco, according to the 2017 San Francisco Homeless Point-in-Time Count. Shelters aren’t providing the needed respite — 70 percent of homeless individuals who had experienced shelter stays reported that they sometimes felt so tired that they could not function normally during the day, according to a 2011 study conducted by the House the Homeless in Austin, Texas.

Yet the simplest way for people to drastically improve the quality of their lives, Watts notes, is: “Get more sleep.”

This simplicity, however, begs a few questions:

What if homeless people were provided with more comfortable sleeping environments, where they could get the rest required to function better? Would homelessness then be reduced? I definitely think so. After all, without the clarity that a decent night’s sleep provides, how can someone climb the herculean mountain of self-sufficiency that housing oneself demands?

The first issue that homeless people inevitably face is a loss of control, Watts points out. This loss becomes acute when it comes to regulating sleep, as the majority of shelters place people in barrack-type rooms where residents can’t control the noise, the temperature, the lighting, or even what time they must go to bed or wake up.

This was my experience. That night, in 2016, I curled up on that bench outside a Salt Lake City apartment complex. I had already walked more than 3 miles from the homeless shelter, which didn’t have any remaining beds that night — only thin rubber mats on tiled floors in fluorescent-lit rooms filled with sad, angry and often loud women.

After a half hour on the bench, someone opened an apartment door and walked across one of the upstairs corridors. Since I no longer slept deeply — homelessness had trained me to remain constantly vigilant — I instantly opened my eyes. I feared being accused of trespassing. I grabbed my backpack and garbage bag with my possessions and set back onto the streets.

Situations like mine have finally reached the attention of builders and architects. Now, along with shelter staff and case managers, they are turning their attention to therapeutic, “trauma-informed” shelter care, meaning that there is an attempt to reduce the experiences of powerlessness for those caught in homelessness.

New York architect Ira Mitchneck designed a new shelter for homeless residents ages 50 and older, dubbed Valley Lodge. Until a few months ago, the shelter resembled college dorms, and relied on windows for ventilation. The new Valley Lodge offers a ventilation system and electric power for each resident, along with acoustically rated windows and air conditioning. A range of spaces in the building accommodates different sleep schedules, and the lighting is designed to work with most people’s circadian rhythms — the approximately 24-hour cycle in the physiological processes of all living beings.

While clearly many steps beyond what has been expected of homeless shelters, Mitchneck believes this new therapeutic model can — and should — be emulated.

There are more modest solutions to combat sleeplessness, which, according to the Centers for Disease Control and Prevention, makes the human body unable “to function well, resulting in fatigue, confusion, depression, concentration problems, hallucinations, illness and injury.”

In Lane County, Ore., at the ShelterCare organization, short-term housing units come with locked doors, allowing clients to manage their sleeping environments. This helps her clients, says Melissa McCloskey, a case manager. Before being able to avail themselves of these options, her clients often exhibited such deep states of exhaustion that it is difficult to differentiate between the symptoms of sleep deprivation, mental illness and self-medicating addictions, McCloskey said.

Journey of Hope, a Salt Lake City nonprofit that helps harmed women, regularly provides the privacy of its conference room so homeless clients can catch up on sleep during office hours. Shannon Miller Cox, the executive director, said: “Often, they fall asleep sitting upright in our chairs, and snore and sleep for hours at a time. We feed them coffee and snacks and cover them with blankets. They are exhausted.”

And even these extended naps can do a world of good. One of Miller Cox’s clients, a woman who had been living in her van, got enough sleep to reach an epiphany, Miller Cox recalled.

“After getting enough rest, she gained the clarity that she wanted to change her life. She got sober, got a job as a dishwasher and now has her own apartment.”

My own homelessness ended when a pastor at a homeless outreach center recognized my need for housing, and brought me to Journey of Hope. There, Miller Cox gave me a job as a house mom in a transitional residence for recently homeless women.

But on that seemingly unending spring night months earlier, I never did find real rest.

I got up from that last bench and walked to a food pantry as the sun rose. There, I drank a free cup of black coffee, something I hoped would keep me awake enough to search for the next place to rest my head.

Lori Teresa Yearwood is an experienced journalist who specializes in writing about the lessons of collapse and emergence. Her work has been published in The Washington Post, The Deseret News and Oprah’s “O” Magazine.

Co-published with the San Francisco Chronicle.